The Best Post-Quarantine Diet? Dr. Drew Ramsey Says It’s Not What You Think

The weather is warming, trees are blooming, and amidst it all, there’s a new sign of spring optimism: people are being vaccinated against COVID-19 in growing numbers. But as the country starts opening up and a return to normalcy appears on the horizon, a troubling trend is already brewing. Imagine the annual pressure to shed winter weight in anticipation of summer, then multiply it by 2020.

There’s nothing wrong with renewing your commitment to healthy living. But if a crash diet to lose the so-called “COVID 15” feels like the last thing you need right now, here’s a worthy alternative to consider: a dietary shift that promises a healthier brain, less stress, and more happiness.

There’s no question 2020 took a toll on our bodies and minds. We grappled with compounding sources of stress, including disruptive changes to routine, isolation from loved ones, and a constant barrage of alarming news headlines. Some indeed saw the scale go up; one study found that 22% of adults gained some weight during quarantine due to moving less, sleeping worse, and snacking more. The statistics about psychological distress are much more staggering. The American Psychological Association conducted multiple polls throughout the last year and found significant increases in stress, depression, and anxiety across many demographics.

Drew Ramsey, MD, a nutritional psychiatrist and author of the new book, “Eat to Beat Depression and Anxiety” (out this month from Harper Wave), is thinking about mental well-being and the pandemic a lot lately. “We’ve all had our mental health challenged in a way that really hasn’t happened to many of us before,” he says, “from losing employment to the profound grief so many families are experiencing to the loss of our social structures and our ability to maintain our connections.”

While Dr. Ramsey has been practicing nutritional psychiatry for years, he sees his work as especially important at this particular moment, when, as he reports, anxiety and depression are at all-time high rates. “It’s frightening, but I think we understand some of why that is and some of what can be done about it,” he shares. “I hope people understand that healthy food can be part of the solution.”

Nutritional psychiatry looks at food groups that have the most nutrient density for brain health. Dr. Ramsey and his colleague Dr. Laura LaChance developed the Antidepressant Food Scale to measure brain-related nutrient density and determine the best brain foods.

“One of the ways we think food works to impact mental health is that you’re getting rid of foods that are generally pro-inflammatory,” Dr. Ramsey says. “With diet, you help better regulate inflammation through fewer toxins, anti-inflammatory foods, and improving the diversity of the gut microbiota.” 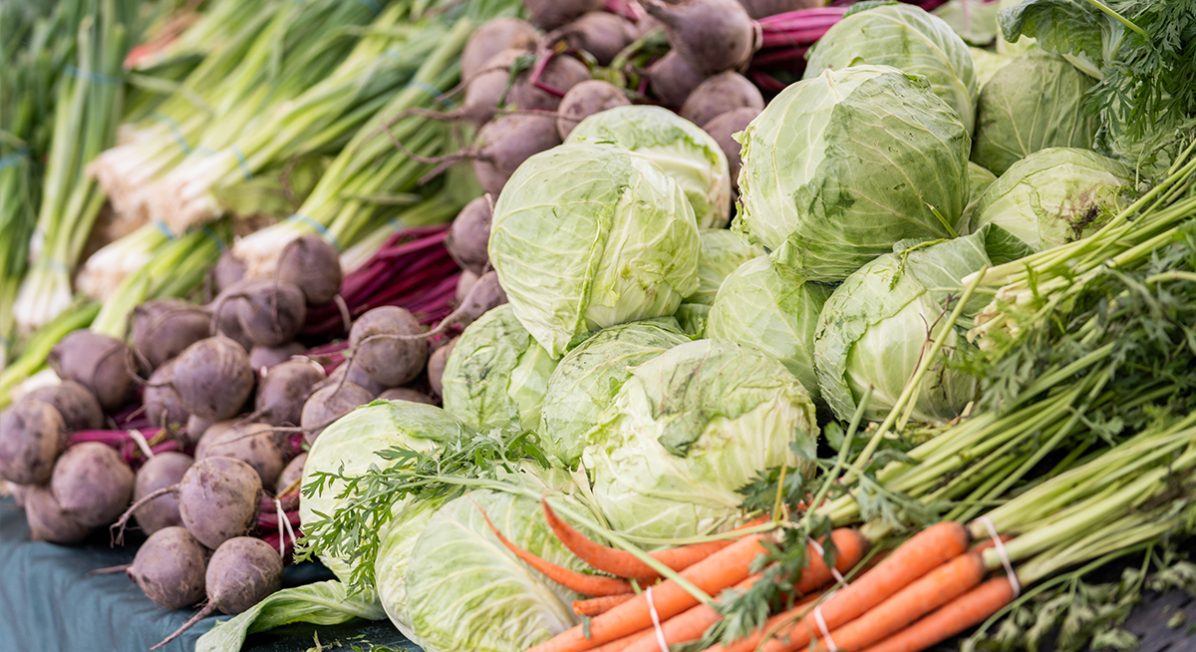 So what exactly does your gut have to do with your mind? Chances are, you already understand on some level that they’re connected. “We intuitively know this,” Dr. Ramsey says. “We talk about things that are ‘gut-wrenching,’ or we ‘feel it in our guts.’ But there’s real science behind it.”

Inflammation is the bridge between the trillions of microbes in your digestive tract and a growing, thriving brain. Dr. Ramsey explains that there’s an intimate set of communication pathways directly between the gut and the brain, since gut bacteria regulate, among other things, the body’s inflammatory system. Inflammation is your internal alarm system—crucial in an emergency, but annoying (or worse) when constantly blaring. Dr. Ramsey offers this example: If you’re taking the SAT and the fire alarm goes off, you’re probably not going to do as well as you would if you were in a calm, quiet environment, free of distractions.

Dr. Ramsey says data shows unchecked brain inflammation can hinder brain growth and is linked to anxiety, depression, and even dementia. “If you give people an antidepressant and you give them any type of anti-inflammatory medication,” he adds, “70 to 100% more people get better.”

While Dr. Ramsey is enthusiastic about the power of nutrition in the realm of mental health treatment, it’s only one tool (albeit a significant one) in his clinician’s toolkit. “When you come to me for treatment, I’m going to look to both help you reduce your symptoms, but also understand if there’s meaning to them and provide you with a variety of options,” he explains, adding that psychotherapy and medication often play a role in getting his patients back to full health.

The Mental Health Diet: Brain-Healthy Foods to Focus On

When it comes to what foods to eat for a healthy brain, Dr. Ramsey is clear that there are no secrets. “It’s not like when I say ‘wild salmon’ you’re like, ‘gosh, I’ve never heard of that one,” he quips. Most current data about mental health and nutrition, Dr. Ramsey goes on, revolves around what he calls traditional dietary patterns, or diets that resemble the way people eat in places like Norway, Japan, and the Mediterranean. “All of these diets have been correlated with a lower risk of depression,” he states.

Dr. Ramsey recommends weaving elements of these traditional dietary patterns into a diet plan that works for the individual. As for how that advice translates to your weekly grocery shopping list, it goes back to the Antidepressant Food Scale, which identified 12 “power player” nutrients for which there is significant evidence they can impact the prevention and treatment of depression:

“If you take those nutrients and turn them into foods, you have a set of foods with the most nutrients per calorie for human brain health,” Dr. Ramsey says. “That’s how my food recommendations have been informed.” He adds that these brain-healthy foods have historically been missing from Western diets, “and it’s probably one of the reasons Western dietary patterns are correlated with an increased burden of depression and anxiety along with the things that we [usually] focus on: diabetes, obesity, and cancer.”

Where do popular diets fit into the mental health equation? Dr. Ramsey is intrigued by trends like intermittent fasting and the keto diet because of how they shift the fuel supply of the brain from carbohydrates to fat. “While there isn’t conclusive data about this, it just offers people another way to think about fueling their brains.” That said, he’s less concerned with elimination—except when it comes to what he calls pro-inflammatory foods, such as excessive sugar and omega-6 vegetable fats, and in the case of allergies or sensitivities—and more focused on getting enough of those nutrient-dense brain foods. 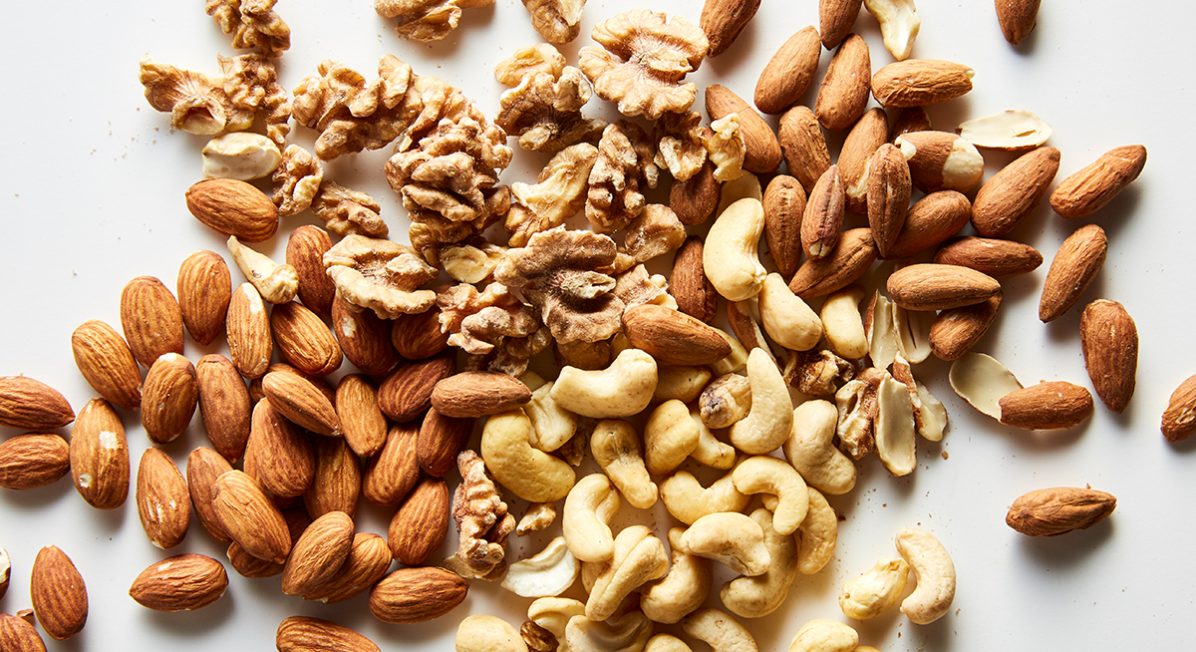 It’s tempting to want a doctor’s prescription for the best mental health diet, but Dr. Ramsey’s approach isn’t one-size-fits-all. “My job as a physician is to support you in what dietary pattern works for you,” he says. My hope is that my work can help anyone make their diet work best for their mental health.”

While Dr. Ramsey is optimistic about the increased emphasis on mental health awareness—especially amid the pandemic—he cautions against complacency. “I’m a clinician,” he states. “Awareness doesn’t do anything for us; action does stuff for us.” With “Eat to Beat Depression and Anxiety,” Dr. Ramsey presents a six-week plan to help readers put his guidance into practice. “Experiment, try, and by the end of the six-week plan [you’ll] have made some significant changes.”

As a former picky eater, Dr. Ramsey gets that some people are apprehensive about welcoming kale and kimchi into their diets. His plan encourages readers to stretch their imaginations a bit when it comes to his recommended brain-healthy foods.

“For example, if I say ‘leafy greens’ and you think ‘salads,’ I want you to check out the pesto recipe in the book, because it’s a way of thinking about how to incorporate leafy greens into your life in a delicious and brain-nutrient-dense way,” he says, adding that he eats most of his leafy greens in the form of sautés, stews, kale chips, and smoothies.

Take popular advice with a grain of salt.

“Anyone who struggles with anxiety or depression has had so many recommendations,” Dr. Ramsey says. “‘Have you tried yoga, have you tried lavender, have you tried magnesium, have you tried a ketogenic diet, have you tried cutting out dairy?’” While he submits these can be helpful, “oftentimes people with mental health struggles get taken advantage of. A lot of things that don’t have evidence get a lot of time, attention, and wasted money.”

From vitamins to herbs, there are many supplements on the market claiming to reduce stress and lift the mood, but Dr. Ramsey has his doubts. “I go to the evidence,” he says. “Oftentimes there’s a lot of excitement about…animal data that hasn’t been translated to humans. Your brain is more complicated than a mouse’s brain.”

That said, there are a few alternative treatments Dr. Ramsey believes are worth exploring since there is research to suggest they can help manage anxiety and depression, such as kava kava, SAM-e, and St. John’s Wort. And beyond that, he says, “even without clear evidence, sometimes in mental health, things do work.”

Be patient with brain health.

The six-week framework Dr. Ramsey employs in his book may look familiar to anyone who’s taken prescription medication, especially for mental health issues. “In antidepressant trials, it takes four to six weeks for those meds to work,” Dr. Ramsey says, explaining that while boosting serotonin in the brain actually happens within minutes, the antidepressant effect of these drugs results from brain growth, which takes longer.

“It’s hard for us to be patient with the biology of our brains,” Dr. Ramsey admits. But if you make his recommended changes—not just to your diet, but to other tenets of mental fitness, such as physical activity and sleep—“four to six weeks is when you’re going to see the results.”

In “Eat to Beat Depression and Anxiety,” Dr. Ramsey makes a strong case for eating your way to better brain health—and with it, a better state of mind. But what if food is the cause of your mental health struggles in the first place?

Dr. Ramsey is well aware of the body dysmorphia and disordered eating that plague the contemporary wellness industry. He credits his Columbia University pedigree for his deep understanding of the dangers of extreme food rules; the university’s psychiatric department is renowned for its work with eating disorder patients. At the Brain Food Clinic, the integrative psychiatric treatment practice Dr. Ramsey founded in New York City, “we were very intentional early on that we were going to approach food from a basis of joyfulness. Our core clinical team was very interested in the power of kindness and meeting people where they are.”

As a result, he’s cautious not to promote unhealthily restrictive behaviors around food. “In my recommendations, there’s not an emphasis on what not to eat, other than the umbrella of processed food,” he notes. “There’s a lot of emphasis on foods to eat.” While Dr. Ramsey’s plan certainly doesn’t advise overindulgence, which would be counterintuitive with the desired result of controlling inflammation and encouraging brain health, ultimately what he wants for his patients and readers is that they “eat the food that helps them live a well-nourished, joyful life.” His hope, he says, is to provide motivation and empowerment, adding, “you can have a positive relationship with food and feel it sustain and energize you.”

There are a lot of things about the old world we’re eager to return to as the first potentially post-COVID summer approaches. Negative body talk and extreme pre-summer diets don’t have to be among them. If we can begin to regard our mental health as of (at least) equal importance to how we look in a bathing suit, we might discover something like freedom—and after the last year, what could be better than that?

If you or a loved one needs support or treatment for an eating disorder, you can contact the National Eating Disorders Association Helpline at (800) 931-2237.