Dr. Bronner’s is a great example of a company that’s incorporated fair trade practices directly into its business model, helping to build a more ethical and sustainable supply chain by partnering with small-holder farmers and local workers on product development, training, and restoration projects. With a new mint initiative in India, we asked Dr. Bronner’s Regenerative Projects Manager Ryan Zinn to tell us more.

What about mint makes it a great candidate for regenerative agriculture? How did you decide to match this program with farms in India?

Our mint project partner, Pavitramenthe, is located in Uttar Pradesh, India, in the heart of one of the largest mint-producing regions in the world. Many parts of Uttar Pradesh have suffered from over 40 years of industrialized agricultural practices, leaving the soil and the farmers impoverished. By implementing new practices, we can demonstrate the power of regenerative organic agriculture—coupled with fair trade—to transform farms and communities, and hopefully inspire other farmers and companies to do the same.

By implementing new practices, we can demonstrate the power of regenerative organic agriculture—coupled with fair trade—to transform farms and communities, and hopefully inspire other farmers and companies to do the same.

Can you share more about having a centralized compost operation will benefit the local farmers?

Pavitramenthe has promoted the use of vermi- (worm) compost in farmers’ fields and gardens as a way to recycle food waste and return nutrients to the soil, but our ultimate goal is to deliver several tons of thermo-compost to farmers every year. Compost not only recycles nutrients, stabilizes soils, improves water-holding capacity and gives farmers a boost in fertility, it also returns carbon to the soil. It’s one of the most cost-effective and impactful regenerative tools in our tool box. A centralized compost operation allows us to generate large quantities of compost at relatively low cost, reaching more farmers. Thanks to the fair trade premium paid by Dr. Bronner’s, farmers buy the compost at a subsidized rate.

Can you explain the process of shifting from conventional methods to rotational crops, and how it’s beneficial?

The pathway to regenerative organic agriculture is a long one, but we also have the ability to make short-term impacts. For example, in addition to compost, we’ve identified two additional regenerative organic tactics that can have a positive ecological and economic impact in farming communities. Farmers in Uttar Pradesh generally manage three crop rotations per year. This generates more income for farmers, but there’s a risk of depleting soils. By promoting nitrogen-fixing legumes (like lentils), in farmers’ rotations, we can really improve soil quality. While Dr. Bronner’s doesn’t buy lentils, our task is to facilitate premium organic and fair trade buyers for farmers to incentivize the conversion to legume production. This is a win-win for farmers: stable, fair prices, and improved soil conditions. 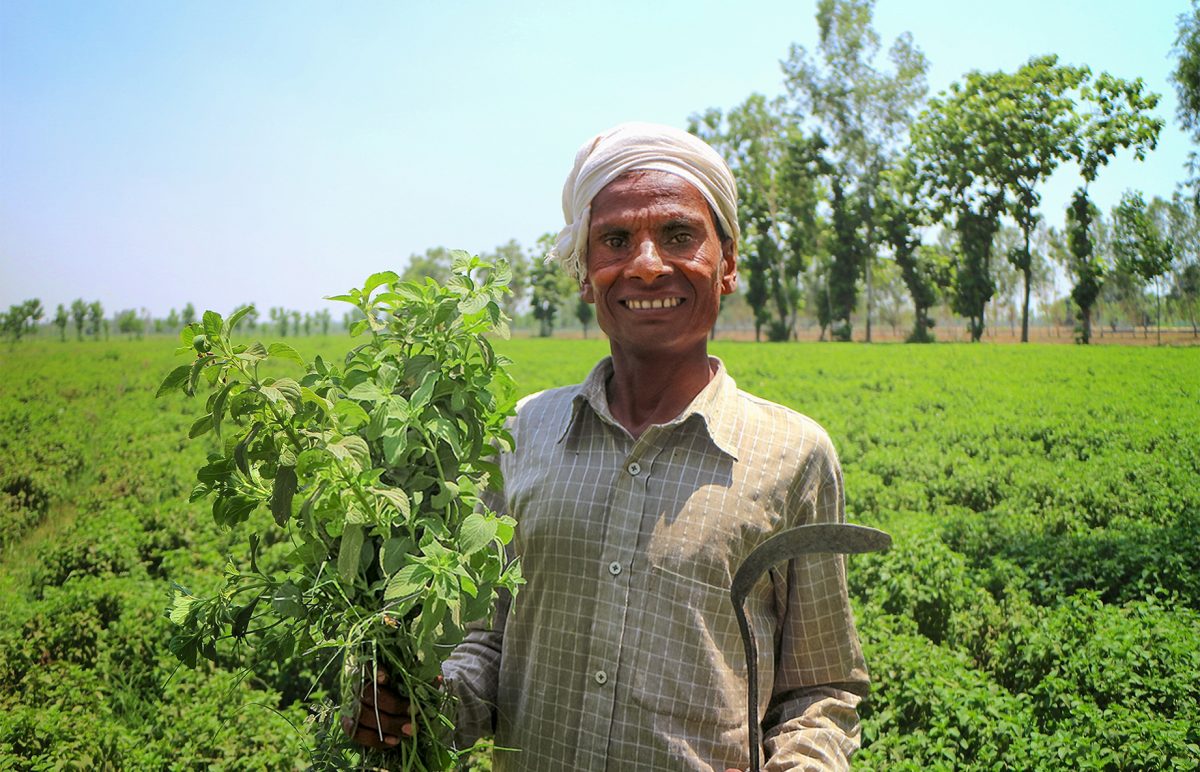 Experimenting with these new systems, what are some of the obstacles Dr. Bronner’s and the local communities have run into?

Working with hundreds of small-scale farmers, often with less than one acre of land, can pose real challenges. Many farmers, both in the U.S. and abroad, have come of age in an era of chemical agriculture and destructive farming practices. Unlearning these practices can take time. For farmers to be willing to adopt regenerative organic practices, we have to demonstrate that these systems can actually help their bottom line.

Since the program launched in 2015, what are some of the big wins you’ve seen in the field?

Since Pavitramenthe was launched in 2015, over 1500 farmers have been converted from conventional farming practices to organic and fair trade certified farms. In addition to achieving organic and fair trade certification, Pavitramenthe’s staff have worked hard to implement a number of regenerative organic practices, including enhanced crop rotations, vermicompost, intercropping, cover crops, compost application, and conservation tillage. These regenerative practices are starting to catch on, as neighboring farmers have observed the positive impacts and have started to incorporate them on their own farms.

These regenerative practices are starting to catch on, as neighboring farmers have observed the positive impacts and have started to incorporate them on their own farms.

A particularly big win is the set up of commercial-scale production of high quality compost, which is distributed at two-metric tons of compost per acre per year at a subsidized rate to the farmers. This compost application is a backstop to increase the very low organic matter content that was initially below 0.5% throughout the project.

How many farmers have implemented the new practices so far, and what’s the response been like?

In the Bareilly area of Uttar Pradesh, each farm is different and farmers choose which regenerative organic practices to implement based upon their local conditions. All 1,500 Pavitramenthe farmers are currently applying compost to their farms, which improves water holding capacity and soil fertility. Farmers are also producing and applying their own vermicompost at their fields and shifting tillage to conservation practices. As farmers plan their rotations for the coming year(s), they plan to incorporate additional regenerative organic practices, especially leguminous cover crops, which have enhanced each farms productivity and resiliency.

Are you starting to see results in soil quality with farmers having rotated in crops like lentils?

Improving degraded soil can take time. However, Pavitramenthe farmers have reported many positive impacts as a result of regenerative organic practices. Improving crop rotations ensures that some farmers are able to plant cover crops to improve soil structure and deliver natural nitrogen to the soil. Several farmers have reported not needing to irrigate as often, as the water holding capacity of their fields has improved significantly. An often overlooked element when farmers transition to organic are the financial benefits. For example, as farmers take full advantage of local regenerative resources like compost and natural pesticides, they eliminate the need to buy synthetic fertilizers and pesticides, improving their bottom line.