Kitchen Hack: How to Make Cold Brew Coffee at Home in 3 Steps

Sometimes, simple is just better. Imagine a Sunday relaxing at home instead of brunching at the trendiest restaurant in town. Or how a bowl of fresh-made pasta with quick pesto might hit the spot in a way lobster raviolis with truffle butter gastrique just never will.

One of the best parts about cold brew is how easy it is to make. And though it might cost you upwards of $5 at an artisanal coffee shop, making a batch at home costs just pennies per cup.

For the serious caffeine-heads out there—you can make a bigger batch by upping the amounts of both coffee grounds and water. Just stick to a 1:5 ratio. 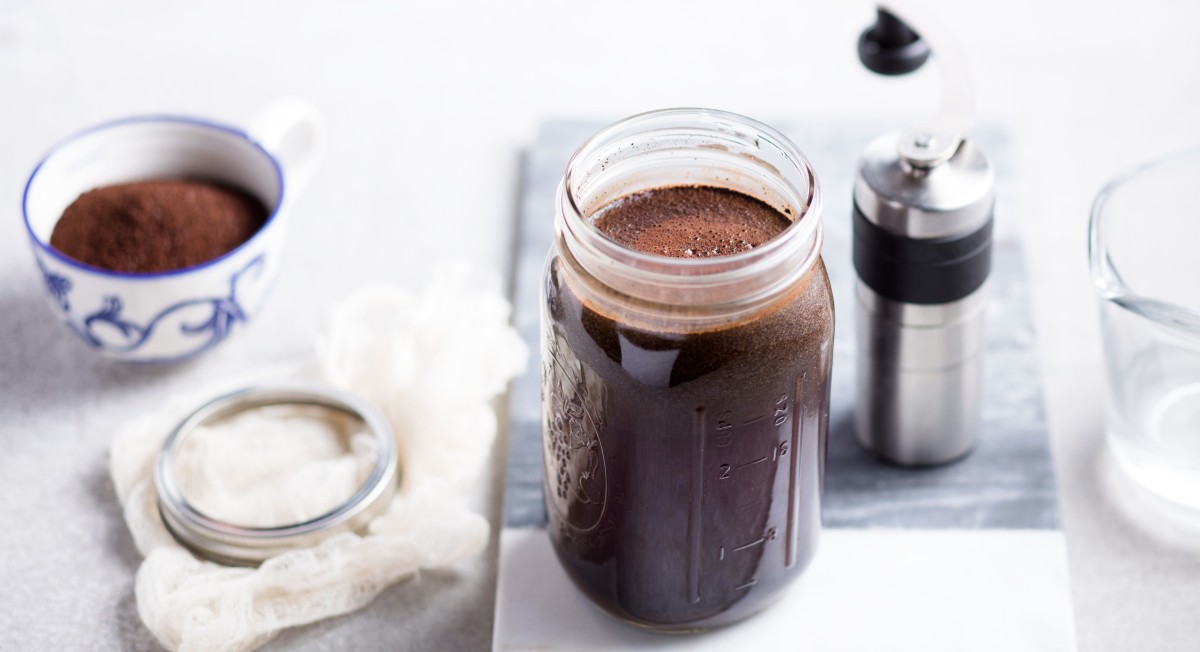 Combine coffee and water in a large container or the bottom of a French press. Stir the liquid gently to moisten all the grounds evenly. If using a French press, place the top on but don’t push down the plunger. If you’re using any other container or jar, cover the top with a cheesecloth. Then let the concoction “brew” for 12 to 20 hours at room temperature.

Fun fact: cold brew coffee is much less acidic than regular—some sources say up to 67 percent!—making it more gentle on both the stomach and teeth. Some baristas also claim that its milder pH gives cold brew a sweeter taste and more complex overall flavor. But the magic only happens through a long, cool extraction, so leave the coffee be! 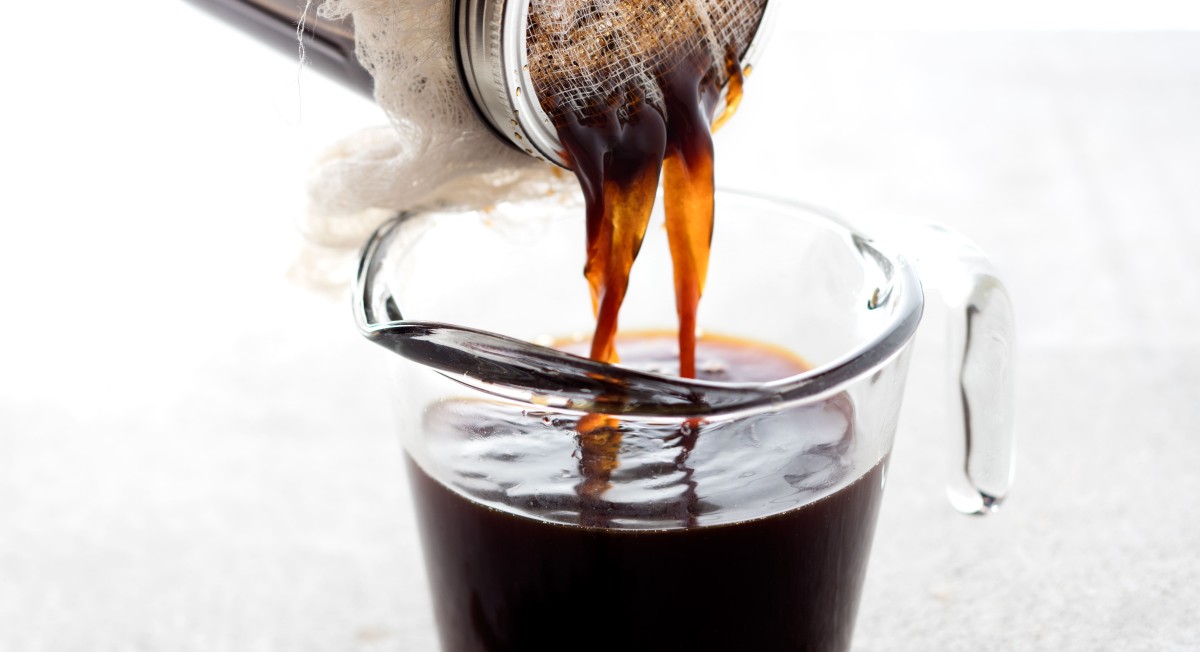 After patiently waiting for your brew to, well, brew, separate the concentrate from the grounds. If you’re using a French press, press down the plunger, and you’re done.

Otherwise, place a fine mesh sieve over a big pitcher, jar, or bowl. Remove the cheesecloth from the top of your container and line the sieve with it. Slowly and carefully pour the coffee grounds and water through the cheesecloth and sieve. When all the coffee has filtered through, discard the solids and cheesecloth.

The resulting concentrate will come out pretty strong—so dilute it at a 1:1 ratio for best results, with water, half-and-half, or almond milk. (Or don’t. We won’t judge.) Then enjoy! The concentrate can be stored, covered, in the fridge for up to two weeks.

See ya never, watered-down iced coffee! Bonus tip: Make ice cubes out of the concentrate for even more caffeine.