How FoodCorps is Fighting for Food Justice in Mississippi

Much of the Mississippi Delta is affected by food apartheid, or inequitable access to food. But if you ask residents of the region, they’ll tell you a different story—about neighbors feeding neighbors, local restaurants providing meals for those in need, and community gardens sharing their harvests.

Kenya Collins, the Co-Director of National Programs at non-profit organization FoodCorps and a native Mississippian herself, says it’s the spirit of the state to give. “The people here take care of their own,” she notes.

Despite their natural inclination to help each other out, residents of Mississippi experience food inequality in large numbers. One in five people and one in four children there face hunger, according to Feeding America. Lack of access to healthy food—which disproportionately affects BIPOC communities and has been exacerbated by the pandemic—makes FoodCorps’ work connecting children to healthy food while teaching food education particularly essential in Mississippi. This program year, FoodCorps has placed eight service members in seven Mississippi schools, 60 percent of which are rural. Over 90 percent of the students served by FoodCorps in Mississippi are Black.

Thrive Market is proud to be partnering with FoodCorps this year to help increase healthy food access for families in Mississippi. Currently, member donations to our Food Equality Fund at checkout will support FoodCorps’ critical work in the state by allowing us to provide 10,000 memberships and 1,000 grocery stipends, as well as to fund food education for 2,000 children at two schools in the Delta region.

How FoodCorps Connects Kids to Healthy Food in School

FoodCorps places its service members in K–8 schools located in communities with limited resources. The organization’s programming encompasses hands-on lessons on topics like gardening and cooking, nutrition initiatives, and promoting an overall culture of health in schools. 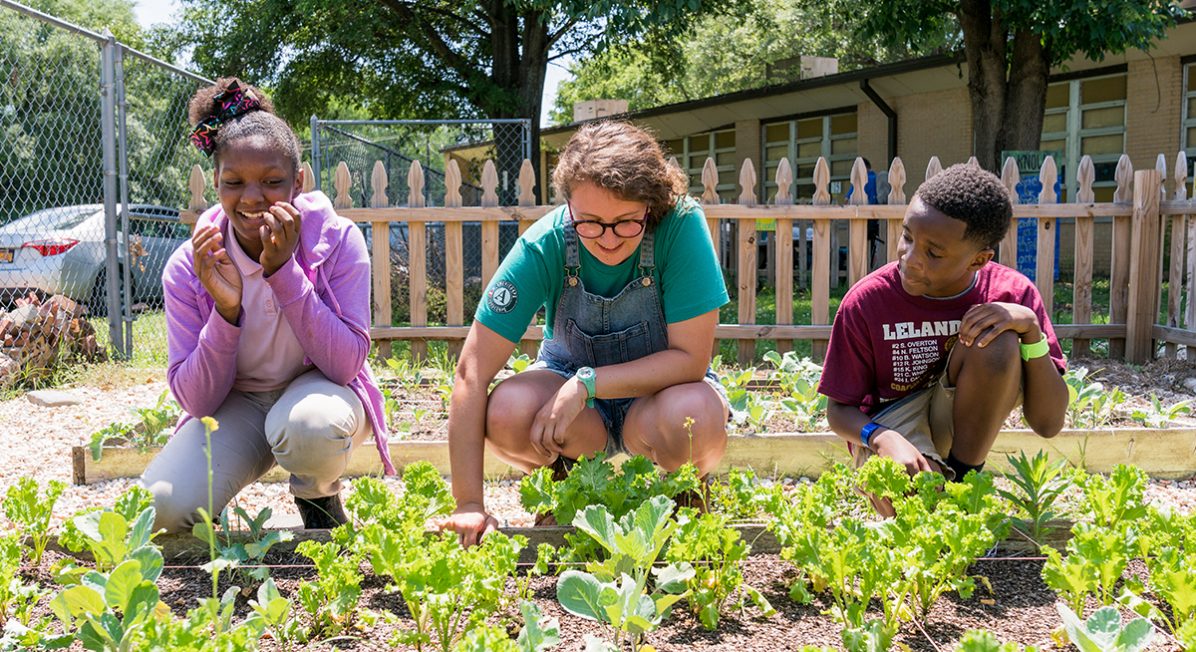 When the COVID-19 pandemic forced schools around the country to close last March, FoodCorps’ efforts helped ensure kids and their families got fed. Collins reports that under different circumstances, the fear of the unknown in the early days of the pandemic could have hindered the organization’s work. But FoodCorps service members, inspired by one another—and, no doubt, by Collins’ charismatic leadership style, honed by years of grassroots political organizing—stepped up. “When they saw the spirit of the rest of the service members and the community…it was contagious.”

Whether she’s developing programming to inspire healthy living, connecting with local farmers to get fresh produce into school cafeterias, or securing funding for community gardens, Collins exemplifies FoodCorps’ mission in action. We spoke with her about how she and FoodCorps service members are working to create a more equitable food future.

On her deep knowledge of Mississippi:

I was born and raised in Jackson, Mississippi. I’ve spent most of my life living in Jackson and I’ve lived in two different cities in the Mississippi Delta. The last 15 years of my professional career I’ve had the privilege to work across the state, so I know every region intimately. It’s not a brag—I know the state well enough that I know I can go to any county and have a place to lay down.

Most of the folks that I support directly are in the South, and some of my work in the past has taken me across the South. I understand the culture of the South and how to handle sticky situations. When those things happen, I can coach and support our state leads through them.

On why FoodCorps’ work is so important in the Mississippi Delta:

Mississippi is at the top of every ‘wrong’ list and at the bottom of every ‘right’ list. But it’s important to know the history of this state. While we’re now among the poorest states in the country, at one time Mississippi had the fourth largest economy in the world—because cotton was king. So you have children in the Delta that go on school buses and ride past massive corporate commodity farms, and they very well may go home hungry.

In most areas [of the Delta], the grocery stores are all in the larger towns. So people in most of the smaller towns have to travel up to 40 minutes to get to a Walmart. In the Delta, there are probably only two or three cities that have a grocery store outside of Walmart. Other than that, folks have to go to the gas station or Dollar General. Some people say, ‘we need to put all the Dollar Generals out of business.’ But when you have communities where people may not have transportation to make a 30-minute drive, that’s all they have.

I’ve gone to many towns in the Delta and there’s always at least one little store, but the person that owns the store typically has a job so they’re open weird days, and they’re buying from Walmart or Kroger and bringing it there so [the prices are] marked up. There’s food, but getting something fresh is not an option.

On the spirit of the Mississippi Delta community:

We did a study with a local college about high levels of food insecurity [in the Delta]. In interviews, citizens were saying that’s not the case at all. One guy who was originally from a small town in the Delta was like, ‘I never knew people that were hungry when I was growing up. That doesn’t exist.’ I said, ‘Could it be that people aren’t hungry because the community takes care of itself?’ He said that if you knew a family that didn’t have, they didn’t just not have—other people would give them what they had left over. My thought process was, that’s what we do in our state. Out of all of our issues, [Mississippi] is also the most giving state in the country.

This is another testament to Mississippians: There’s a local restaurant owner in Jackson, and when he heard that kids in the school district weren’t eating and needed food [when schools closed due to COVID-19], he said, ‘I’m cooking breakfast for them tomorrow. If anyone wants to help, reach out to me.’ He got with other local restaurant owners, and for two weeks he did breakfast every morning, and another restaurant owner did lunch every day. FoodCorps service members helped with that.

On how FoodCorps service members went above and beyond during the pandemic:

They really stepped up. Their concern is and has always been the community and the kids they’re serving before anything else. The commitment to their communities and the babies they’re serving was amazing. 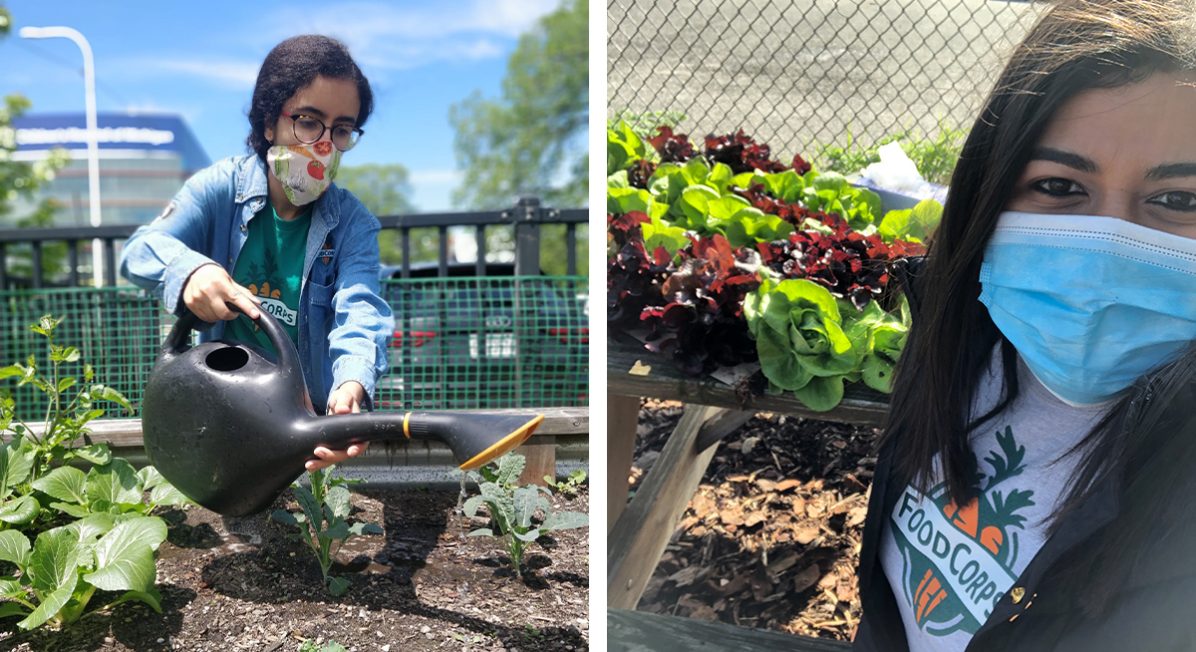 When schools closed, our service members put together grow-at-home gardening kits and delivered them to students at home with minimal contact. They also started harvesting [produce] from the school gardens and doing their own version of a CSA. They were able to grow enough to deliver to all the students and parents in the community requesting food, and also to partner with [a local non-profit] to distribute food to people in need that weren’t directly connected to the school.

On the importance of putting culture at the center of education:

Our service members are doing lessons in school districts that are well over 90% African American. It’s important for those students to learn lessons that are connected to the land and the traditions of their ancestors and forefathers so that they can take care of themselves and their community. 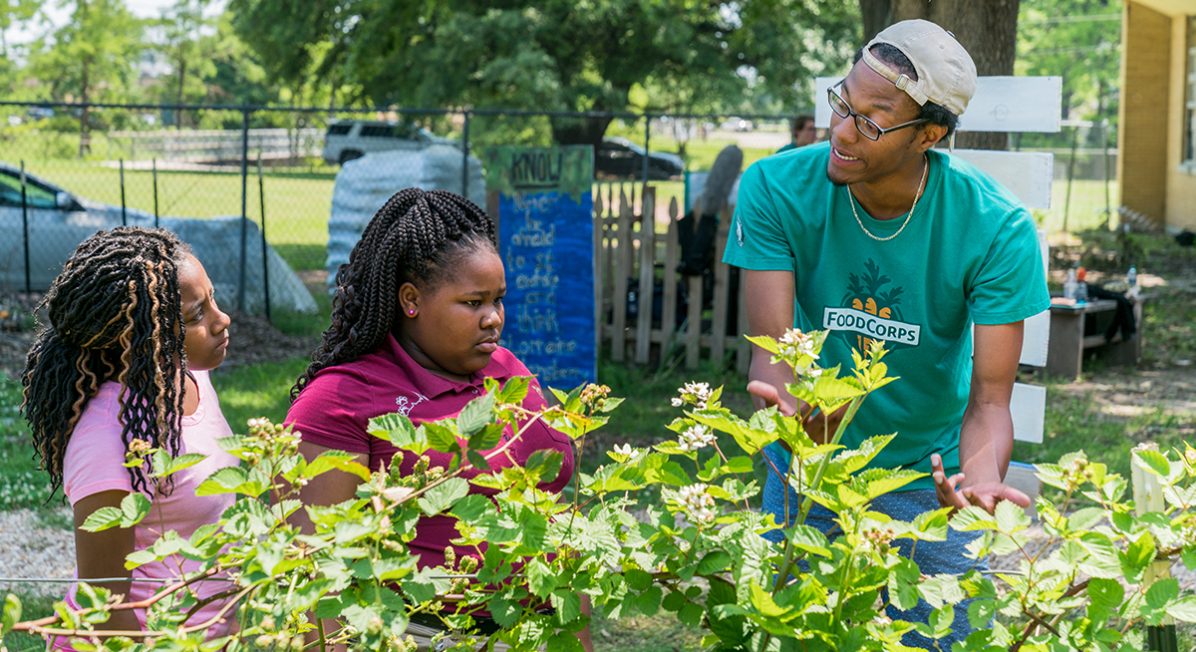 On how the learning goes both ways:

In the Delta they have family dinner night [pre-COVID], and they try to get most of what they serve from the garden. One particular night, they wanted to do traditional soul food. They made mashed sweet potatoes, baked chicken, greens, and hoe cakes.

So [the students and service members] are prepping for dinner, and they were going to wash the chicken. The site supervisor, who’s a white guy, said, ‘you don’t wash the chicken, that’s against CDC rules!’ The kids were like, ‘we’re not eating it if you don’t wash the chicken! Let us show you how to do it and clean up properly so there’s no cross contamination.’ The site supervisor walked away knowing that culturally, for Black people (and a lot of indigenous communities around the world), you wash meat before you cook it. It was a lesson for him. 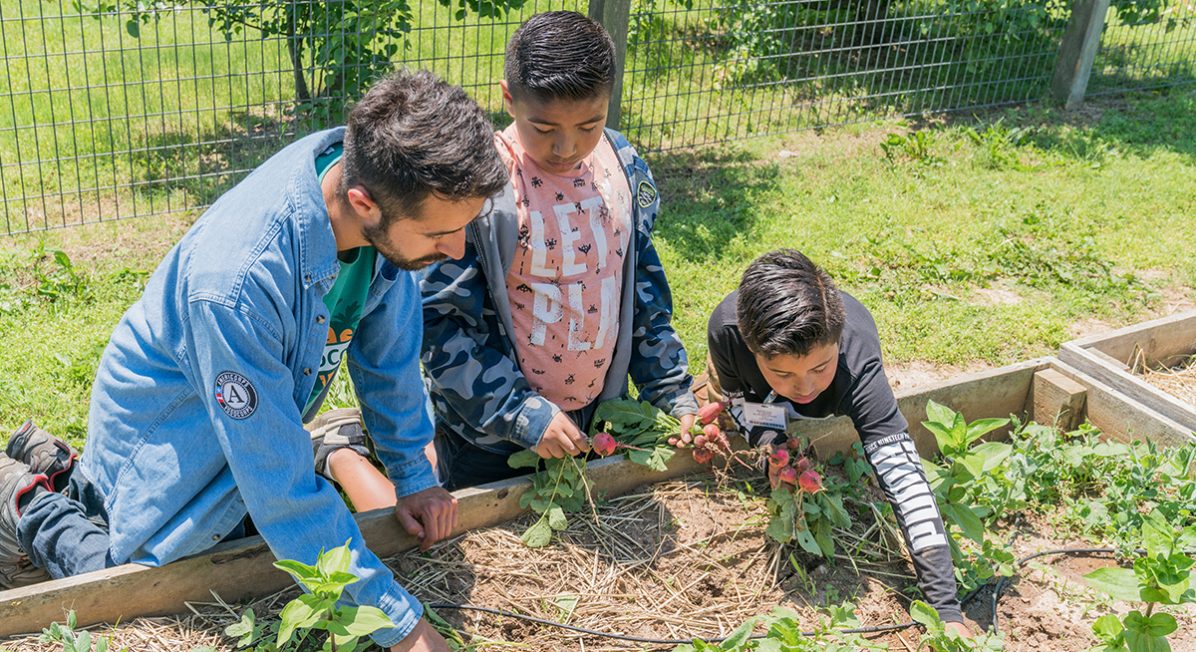 One of the side effects of poverty is that children lose their childhood way too early. With the cooking lessons, there are a lot of things that the kids already know because they’ve been doing it. They’ll take over a lesson in a minute! They’ll be like, that is not the way you do that, and my grandma says…

On how the commitment of FoodCorps service members gives her hope for the future:

One of our service sites put a pin in service this year because of COVID. The site supervisor there is amazing. She’s a retired teacher from the district. She has ties in every corner of the community. And she has more energy than the law should allow for any one person.

There’s a new housing development on the Black side of town. [The site supervisor] partnered with the child nutrition program at the University of Mississippi, and she went to the developer and said, ‘we need gardens.’ So as they get those housing units built, families can have gardens in their own yards. [The developer] is going to supply the funds, and [the site supervisor] is going to do the plan for next year, which is to have FoodCorps service members do family garden nights like what they did at the school gardens, but in the middle of that community. She’s pulling in other partners, like the farmer who supplies all the produce for the taste tests they do at the schools—he’s going to supply the seedlings for the gardens. It’s going to be this great, community-wide effort.

On what’s next for FoodCorps in Mississippi:

I told the former mayor I used to work for in the Delta that he’s going to create a mayor’s office of food insecurity. And one of the things we’re going to work on is, [the mayor’s office] is going to get a FoodCorps service member and they’re going to partner directly with the school district. It’s going to spread the work and facilitate conversations on a deeper and broader level about the work in that county. So I’m excited about that because of course, who’s going to tell me no?