Jackson’s Honest co-founders Scott and Megan Reamer never had plans to start a food business. But when their son Jackson encountered mysterious health problems, they took charge of his nutrition and built a business in the process. We sat down with the Reamers to learn more about the brand, their long journey to a diagnosis for Jackson, and how, in spite of ultimately losing their son to his illness, they’re working to keep the business going.

Megan Reamer (MR): Jackson had a rare autoimmune disease that started when he was two and wasn’t diagnosed until age 14. In the first three years of that process, he was actively losing his motor skills, so we were frantically searching for answers. He went from this walking, talking, happy toddler to living in a wheelchair by the time he was five years old. Because it looked similar to other autoimmune disease like multiple sclerosis and Lou Gehrig’s disease, it was treated that way. We made a big assumption that what we were seeing was something autoimmune, but more importantly, something inflammatory.

TM: You ultimately got a diagnosis. How did that come about?

MR: The National Institute of Health ended up diagnosing him. They called and said, “We think we know what’s going on, we’ve got some new testing. We’ve found a new mutation that we think lines up with this neuro-inflammatory disease called Aicardi-Goutieres Syndrome. It’s very rare; there’s probably only about 300 kids affected by it worldwide.” There are seven different types of mutations known; [Jackson’s was] a De Novo Mutation, which means it started in him. It’s not inherited like the other six, which made it a lot harder to find because they’re unique mutations as well.

It was sort of this bittersweet moment, where we finally had a diagnosis. We knew what it was, there was no prognosis. And the sweet part about that was that we could then direct all of our energy into supporting and understanding Aicardi-Goutieres Syndrome—how to treat it, if there was research we could support to find a cure. Prior to that, we’d been chasing different diagnoses all around the world, really.

Scott Reamer (SR): Then we got a chance to meet other families whose kids also have AGS, and that was heartwarming in the sense that up until then, we were alone. I think that was a big part of the silver lining of finding a diagnosis, that we now had a community of folks—not only researchers and physicians—but also families who have tended to that challenge with their kids for a number of years. 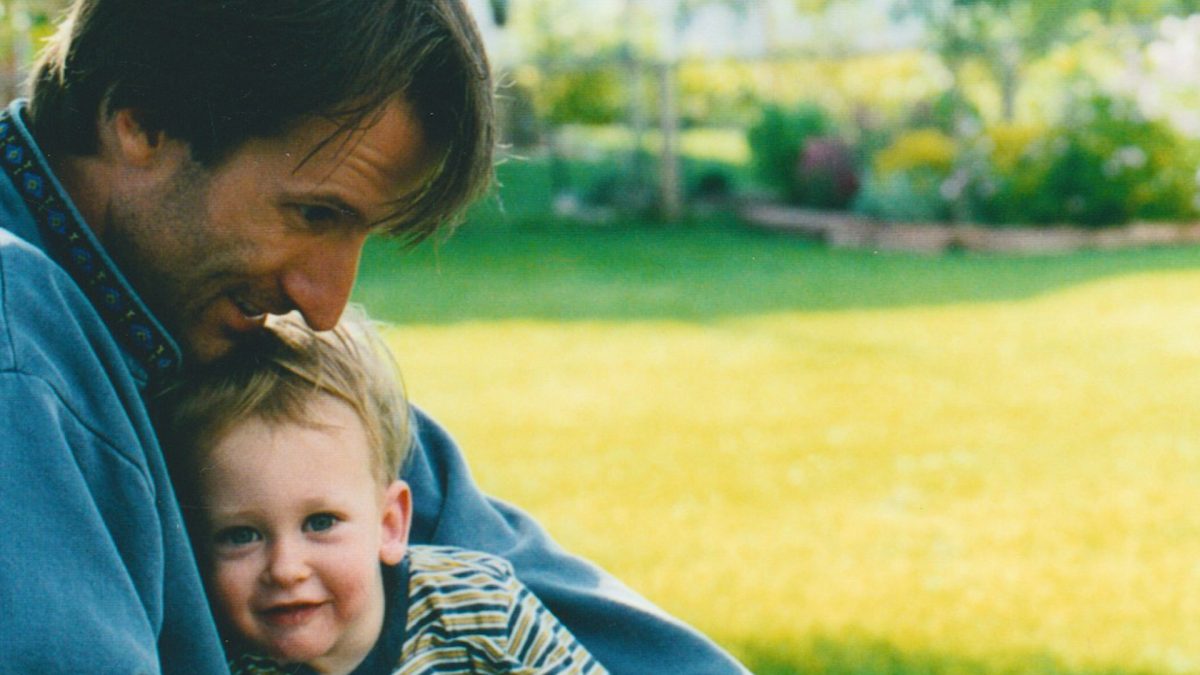 MR: They were really curious about the diet we fed Jackson, because he looked different than the other children. Some of the things that they were struggling with, like seizure disorders, pulmonary issues, cardiac issues—things that were rooted and are rooted in inflammation— Jackson wasn’t suffering from any of those things. He was disabled and living in a wheelchair, but quite healthy, always eating orally and by mouth, and was never tube-fed.

What resources did you turn to on your journey to better nutrition?

MR: One of the reasons we wanted to share Jackson’s story is because we reverse-engineered a diet over 12 years that reduced his symptoms and increased the quality of his day-to-day life. It wasn’t as if we are armed with some sort of forethought that it was going to work; we learned through trial and error what made things worse and what made things better.

SR: The things that made it better were butter, lard, and coconut oil, and the things that made it worse were sugar, high-fructose corn syrup, and processed foods, so it started at that very basic level. How do we make tomorrow better for him? How do we get him to sleep through the night? How do we reduce his crying, and his GI distress? For us, it was 12 years of that, and so we thought what a waste it would be to not share his incredible story and the things we had learned during the process. What we’ve come to know is those traditional diets low in processed foods and high in ancestral fats that are commonly embraced just came to us through trial and error. That’s why we felt so compelled to start this company, because we knew we couldn’t be the only family out there going through a health challenge where this knowledge, so hard-won, might help them.

MR: The chips were something we were just making by hand at home because we couldn’t find them on the shelves cooked in the types of oils and fats that we were using for Jackson’s very specific diet. There weren’t any sort of progressive doctors we were working with who wanted to throw anything at him to see if it worked, so Scott and I took matters into our own hands and asked, “What can we do at home every day that’s not contributing to his inflammation?” And that was where we started, and for us, it was his diet and nutrition. We started to analyze if ingredients were anti-inflammatory; if carbs, proteins, and fats would increase inflammation in his body; and what we could substitute.

What was most surprising to you as the business got going?

SR: I should be clear: I was certain there was no market for this. Megan thought there might be, but the snack food aisle is really dominated by just a few players and they’re all huge, and they have a lot of resources. How could we possibly compete? I was absolutely certain it would not work out. And I was wrong.

MR: I kept saying, “I feel it. I think this is what we should do, I think this is how we’re supposed to share Jackson’s story, I think this is how we’re supposed to connect with people. I just feel it in my stomach, I feel it in my heart.” We knew we were making great chips, we knew no one else was making them specifically in the coconut oil that we were using, and we knew that we were tired of making them by hand. In 2012, we were bagging them, weighing them, and sealing them in our little mountain town in Colorado. And when people started buying them online, the response we heard from other families who were in the same situation was reassuring. There were so many more people than we thought there would be. 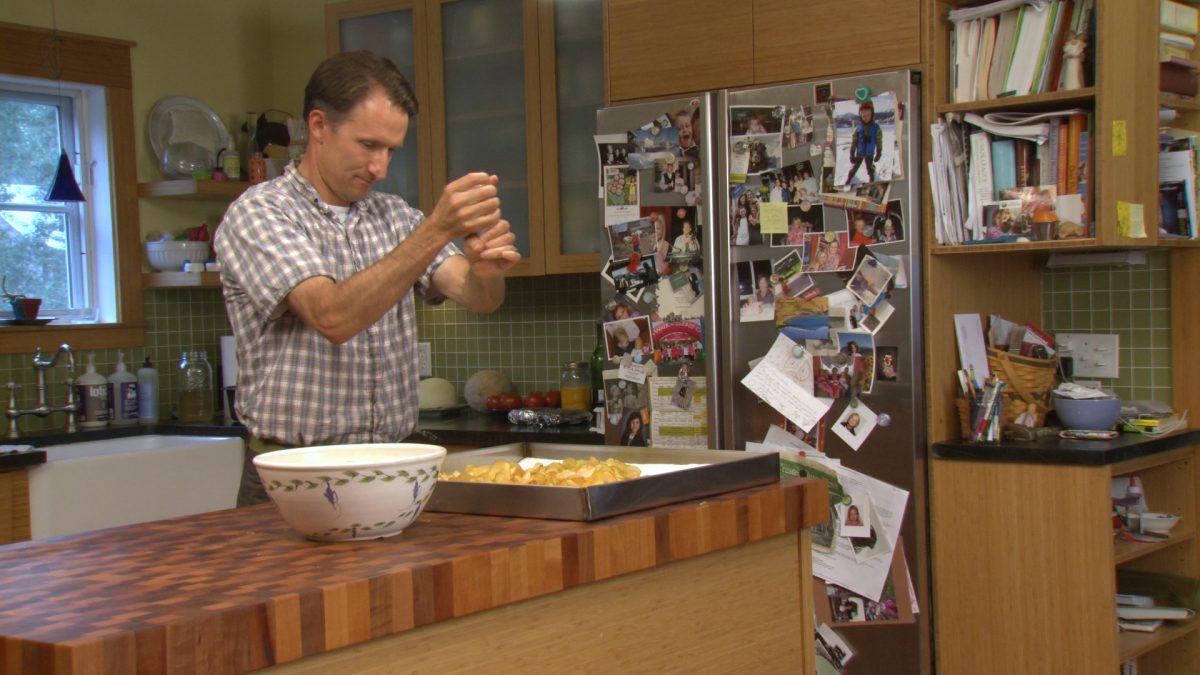 So, it turned out there were a lot of families that you actually helped?

MR: We thought we were living in this tiny little niche space, and didn’t really know people in our town had this network—a community of people that we were interacting with on the same level and having similar conversations around diet and managing this immune issue that Jackson had. That really opened up this door for us that was wide and supportive, and became this sort of expanded community for us.

SR: The thing we underestimated most in starting was the sheer breadth and number of folks that were already going down this path on their own, either because they had friends or because of their own challenges, or simply because they had heard about it and were experimenting with their own diet … At the time we didn’t have a diagnosis for Jackson’s disease, we were in this town with 1,200 people and just trying to solve the day-to-day. That was incredibly rewarding and heartwarming to know that we weren’t alone.

How did the foundation come about?

SR: We weren’t natural entrepreneurs; we were parents. We had a mission that turned out to be a great business, but at the end of the day, we started it simply to share what we learned through that trial and error process.

MR: One of the most heartwarming stories is that after sharing Jackson’s story on our website, a woman reached out to me and said, “I think my child might have Aicardi-Goutieres Syndrome. Can we catch up? I’d really love to talk to you about Jackson and what you’ve gone through and what you’re doing now, and whether there’s any physicians that I should be reaching out to.”

SR: It’s an orphan disease, so to find somebody else who didn’t know what their child had, had been through all of their local resources, and didn’t have answers, and then through potato chips and tortilla chips, was able to call us and say, “Can we share notes?” If we had stopped the business at that point, it would have been a success. Literally, we could have stopped selling chips and shut everything down, just because we had helped one person with Jackson’s very specific disease find a diagnosis. And it took us 12 years to do that. That was an incredible point in the development of the business, because it crystallized the very reason we did it. 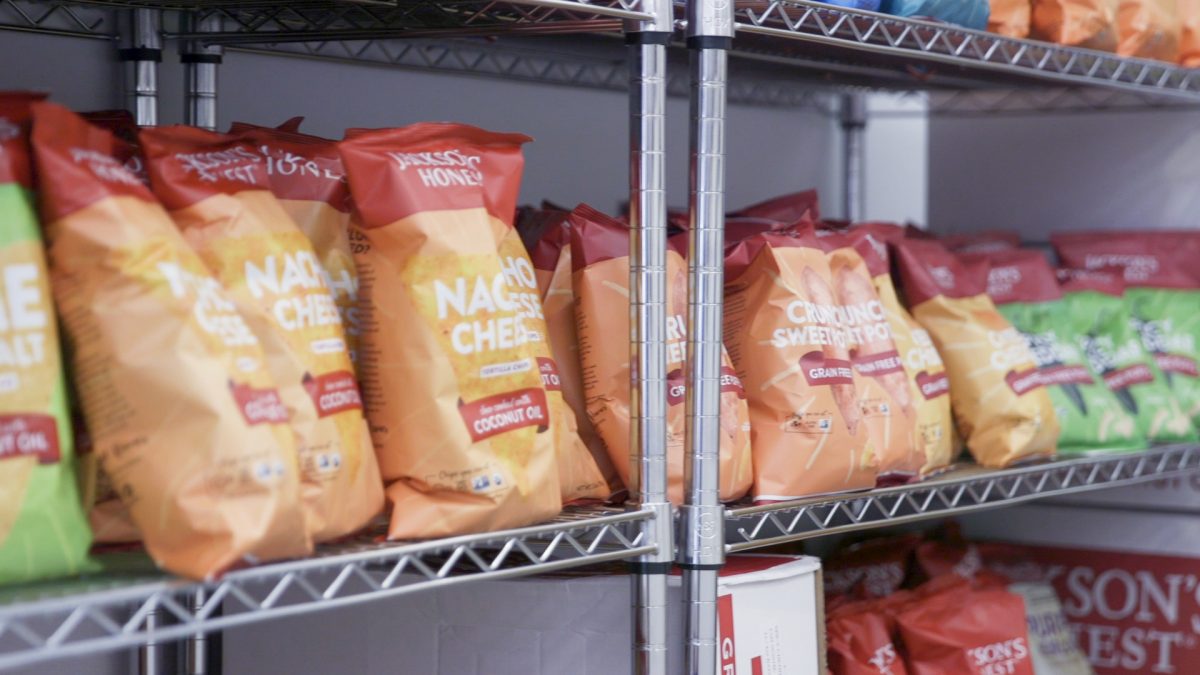 After Jackson passed away, why did you decide to keep the business going?

MR: For the first few months after Jackson passed away, we realized at some level how lucky we were to come and work here. We could be lawyers or accountants, or work for an environmental firm, and we’d have nothing to do with our kids, right? The entire business and the brand is our family. One of the first things our other three kids asked us when Jackson passed away is, “Will we still make chips? Will we still run the business?” We said, “Of course, my God, of course we’ll do that.”

SR: It’s incredibly important to us that we continue to sell our products, because Jackson will always be alive through that. Now that he’s passed, the challenge of having successfully managed his disease for so many years and increased the quality of his life is a story I think everyone could benefit from. We have a magnet on our garbage can at home, and it says, “Never ever, ever, ever give up.” That was something that we thought throughout Jackson’s disease—that it didn’t matter what the challenge was or where we had to go, we would never give up. We’d just do the next thing, just get to tomorrow. We feel the same way about the products and the company now that he’s gone—that our son’s name is on every single bag for a reason. And whatever challenges we run into, we all realize they’re solvable. We can figure them out if we just don’t give up.