Biting into a warm piece of fluffy, buttered bread or knocking back a few snickerdoodle cookies just isn’t appetizing during warmer weather. But when it’s cold and dark outside? Mmm.

And a straight-from-the-fryer glazed donut sounds like the right answer when confronted with what to eat for breakfast.

Can’t seem to back away from the carbs? Blame your brain. And winter. Seasonal Affective Disorder, or SAD, strikes 10 to 20 percent of people every winter, and even though its acronym is kind of laughable, it’s a serious topic.

SAD has all the trappings of depression, with a few extra symptoms like irritability, tiredness, difficulty getting along with others, hypersensitivity, oversleeping, weight gain, and (here’s the kicker) appetite changes, especially craving foods high in carbohydrates.

Bingo. But why? It could be that light deprivation—like the lack of light that occurs during the colder months—changes the biological chemistry of the brain, lowering serotonin and melatonin levels and making SAD sufferers feel depressed. According to Dr. Normal Rosenthal, a SAD researcher at the National Institute of Mental Health, “Carbohydrates are a self-administered, much-needed dose of brain medication to fight off winter blues. Carbohydrates energize, and put [those with SAD] in a better mood.”

A study done by researchers at MIT suggests that serotonin regulates carbohydrate consumption, hence the intensity of carbohydrate cravings during wintertime months when serotonin is lower.

It seems unfair that those affected by SAD symptoms should feel miserable during the winter and possibly gain weight thanks to the increased carbohydrate intake—so here are the best ways to fight seasonal depression without a prescription. 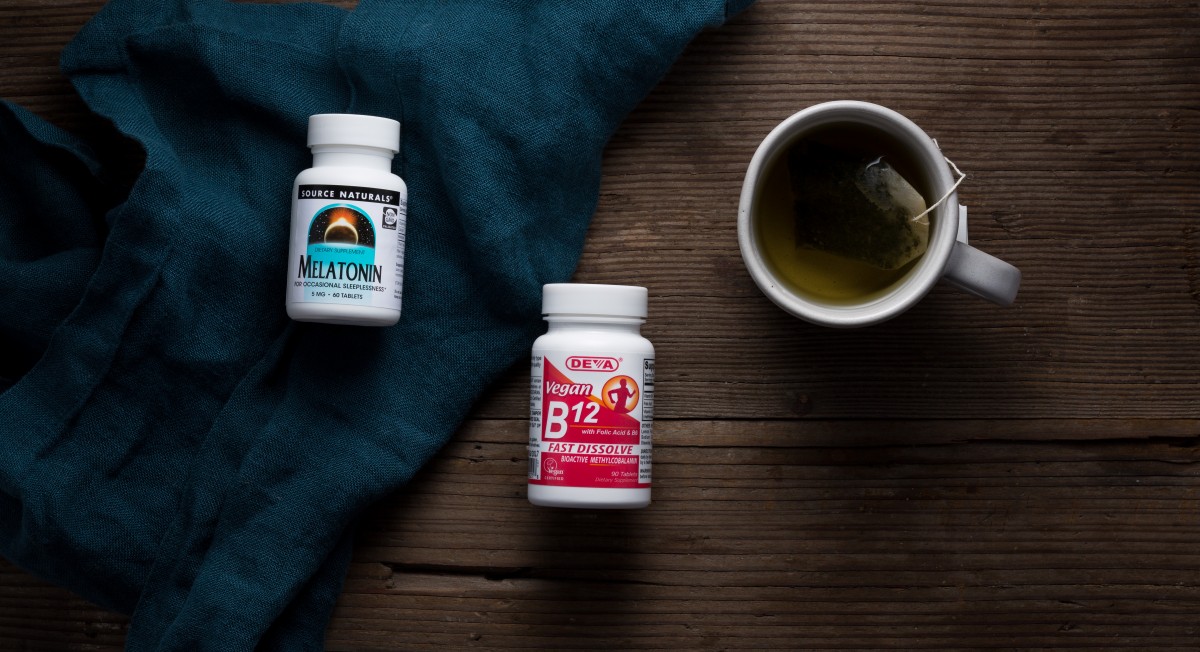 The obvious cure to depression caused by not getting enough sunlight? Get more sunlight! Although you might not be able to take a trip to sunny Hawaii mid-February—when SAD tends to hit hardest—you can invest in a lightbox. Lightbox therapy simply involves sitting in front of a box that emits incandescent or fluorescent light that’s meant to mimic outside sunlight, which “tricks” the body into producing the chemicals the brain needs to regulate mood.

Light therapy has been proven to work pretty well, but is unregulated by the FDA. If you buy a lightbox, make sure you do your homework and that you have at least 20 minutes to kill every day—you’ll need to bask in the artificial rays for nearly half an hour every day to see results.

Folic acid and vitamin B6 can be incredibly useful to help fight depression symptoms in general. Plus, upping a daily intake of B vitamins can give those who feel drowsy and defeated more energy. Try taking a supplement in the morning to see if it works for you.

A study from Oregon Health and Science University revealed that those with SAD who supplemented with melatonin had a decrease in symptoms over a seasonal period. Researchers found that taking the supplement in the afternoon, as well as before bed, not only helped patients sleep more soundly but also alleviated depression symptoms.

A double whammy against depression and dreaded carb weight gain—exercise! An hour-long workout is just as effective for fighting depression symptoms as a whopping  two and a half hours in a lightbox. Heading for a run outside is even more beneficial than working out indoors, according to researchers—but if the best you can do is make it to the gym for a cardio session, then don’t skip out! Your mental health depends on it.

SAM-e (S-adenosy-L-methionine) works by improving the production and use of brain neurotransmitters, essentially the same way that other antidepressants work. Research funded by the National Institute of Mental Health suggests that those with depression who haven’t responded to traditional medications have seen significant improvements in the efficacy of their medication while supplementing with SAM-e. However, SAM-e can have some side effects when added to an anti-depressant regimen, so always check with your doctor before adding a new supplement to your daily routine.