Grecian Gold: Our Search for the Best Olive Oil

When Jeremiah McElwee first sampled what would become Thrive Market’s best-selling Organic Extra Virgin Olive Oil, it was with a sense of ceremony. Having received a sample fresh off the production line in Greece, he opened the jar and poured a puddle of oil—vibrant green, with an earthy aroma—into a small white plate. He tore a piece of a baguette purchased specifically for the occasion. A lot was riding on that bite.

Back in 2014, when Thrive Market was first developing its first exclusive product line, McElwee—the company’s Chief Merchandising Officer, a natural food industry veteran, and a person with a deep passion for food and the stories behind it—was of the opinion that their olive oil needed to be a true standout. “I was very passionate,” he recalls. “I said to Nick [Green, Thrive Market Co-Founder and CEO], ‘we’ve got to have the best olive oil, the one that people come back for again and again.” Like every product that now bears the Thrive Market name, it had to meet a standard of excellence for quality, sourcing, health benefits, and flavor. 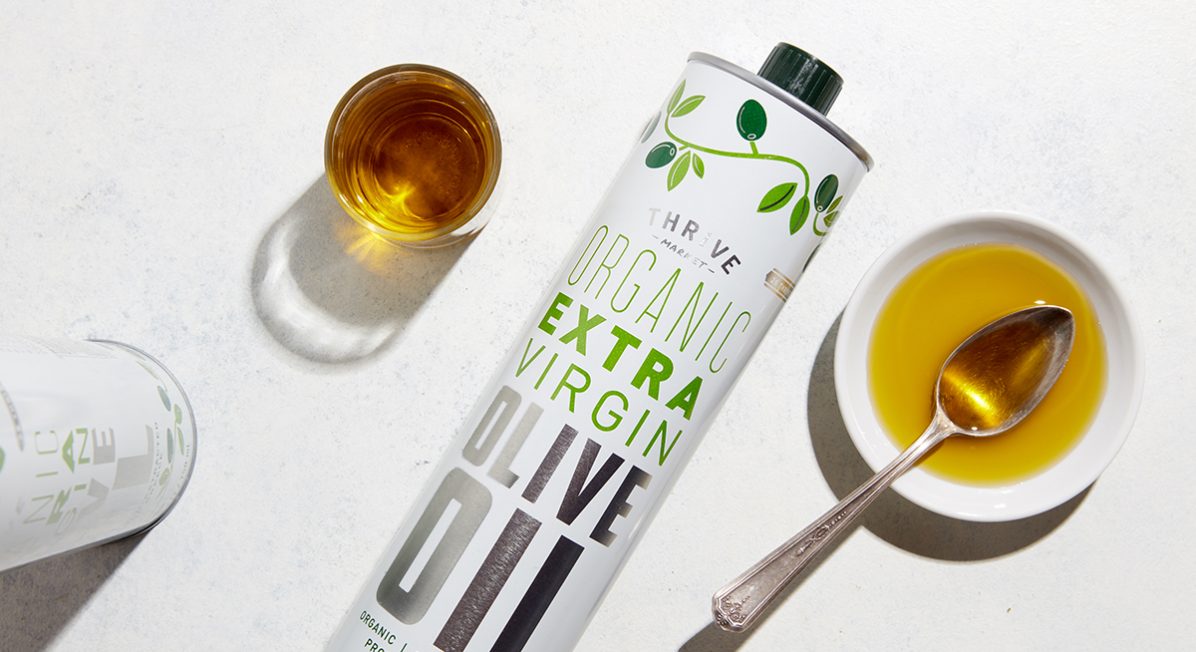 Why the fixation on olive oil? “When you see pictures of people’s kitchens around the world, there’s always an oil on the shelf,” McElwee says. “Everyone uses fat to cook with, and olive oil is right at the top of the list.” Though many people have a bottle of olive oil in their pantry, they may not know its backstory—and sometimes that’s intentional on the part of producers. It’s common for olive oils to have dubious sourcing backgrounds; to be misleadingly or even fraudulently labeled; and to be refined, processed, or mixed with other oils in pursuit of a consistent product. (Forbes reports that as much as 80% of Italian olive oil is thought to be fraudulent in one way or another.)

While many producers of olive oil are chasing consistency above all, a little variation isn’t necessarily a bad thing, especially when it’s the result of responsible agriculture. The International Olive Council says olive trees, when farmed organically, can actually improve soil health and remove CO2 from the atmosphere. And according to McElwee (and his highly developed palate), the average person would be unlikely to notice the subtle variation that results from, say, fluctuations in sunlight and moisture levels, which occur when food is grown as nature intends. Still, McElwee wanted the assurance that Thrive Market’s olive oil would be of the same caliber every time, so single-origin provenance was essential. A trip to Greece was in order.

From Grove to Bottle 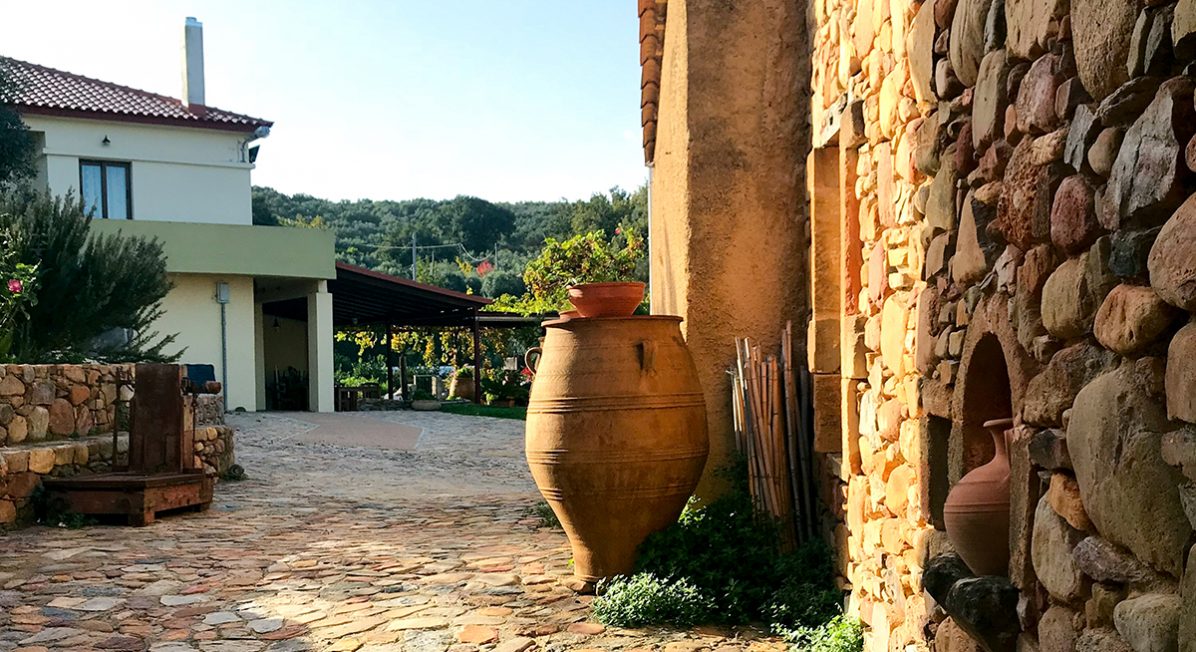 McElwee traveled to an organic olive farm in western Crete. There, third-generation family farmers tend groves of Koroneiki olives—prized for the flavorful and nutrient-rich oil they produce—without the use of toxic pesticides or GMOs. During the annual harvest, a celebrated local tradition, the olives are gathered and quickly pressed to minimize acidity. The fresh oil is transferred into airtight, stainless steel drums, which are plugged directly into a bottling line, thus preventing oxidation and preserving nutrition and flavor. The next time that oil comes into contact with the air is when you open a bottle in your own kitchen. 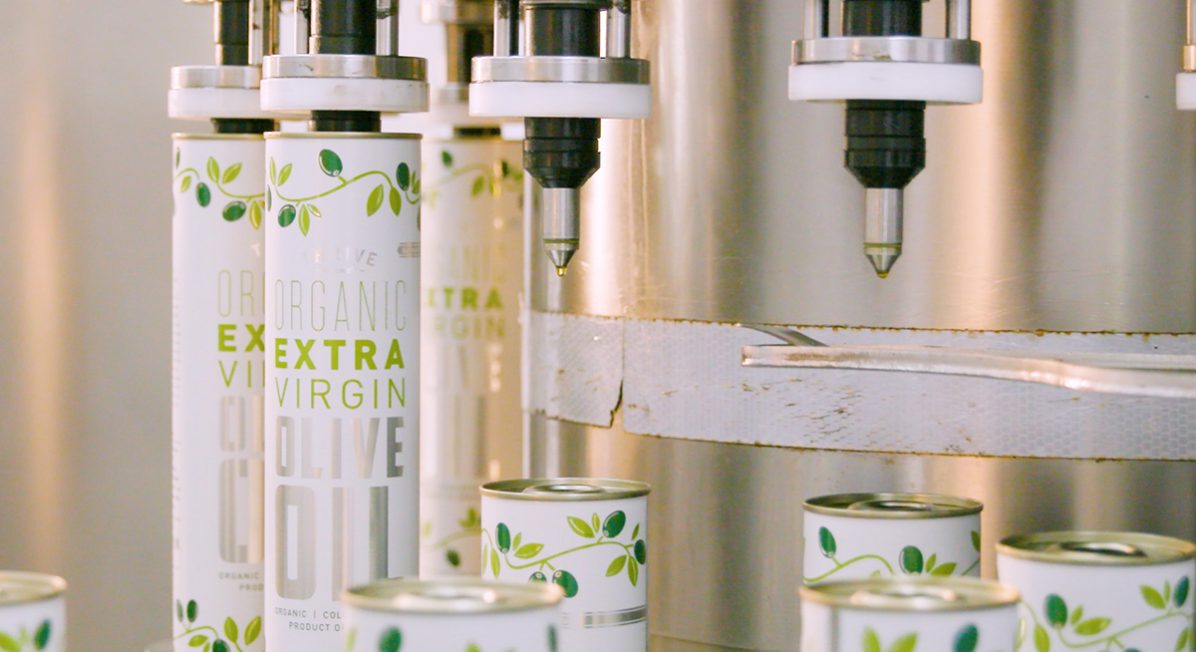 The whirlwind trip to Crete felt as much like an induction into the family fold as it did a business trip. McElwee, who is vegan, fondly recalls a memorable meal at a local seafood restaurant, where he was served a plant-based version of every traditional Greek dish. When the trip drew to a close, the family patriarch drove McElwee to the airport, insisting upon parting that he return to the island one day with his own family. 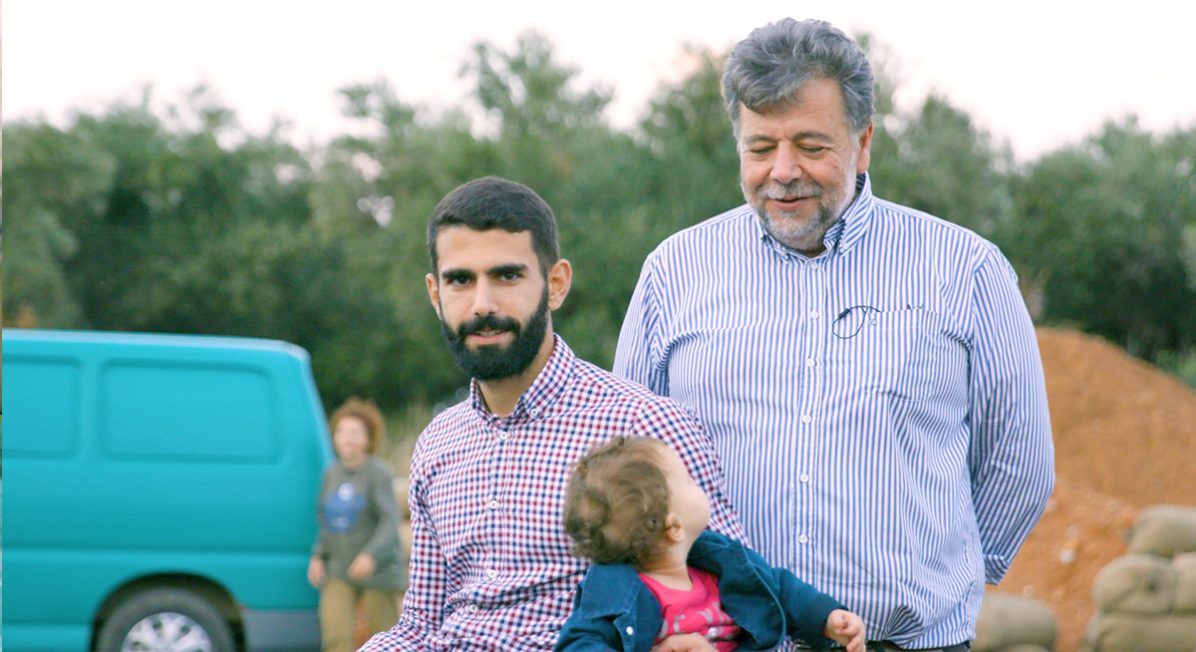 It was in this moment that McElwee was sold. He already knew this was the best olive oil he’d ever tasted, but now it was clear it wasn’t just the fresh, single-varietal olives or Mediterranean sunshine that made the stuff in those bottles “Grecian gold.” In every drop, there was a spell cast by history, a passion shared across generations, a story undeniably worth knowing.