Sales of non-dairy milk have spiked 61 percent since 2012, so it doesn’t appear that America’s obsession with milk alternatives will slow down anytime soon. That means whether you’re looking for a new favorite brand or prefer a DIY approach, you’ll have no trouble finding the healthiest milk alternative for you and your family. Today, we’re breaking down the difference between soy milk and almond milk, arguably two of the most popular dairy-free milk varieties on the market.

What Is Soy Milk? 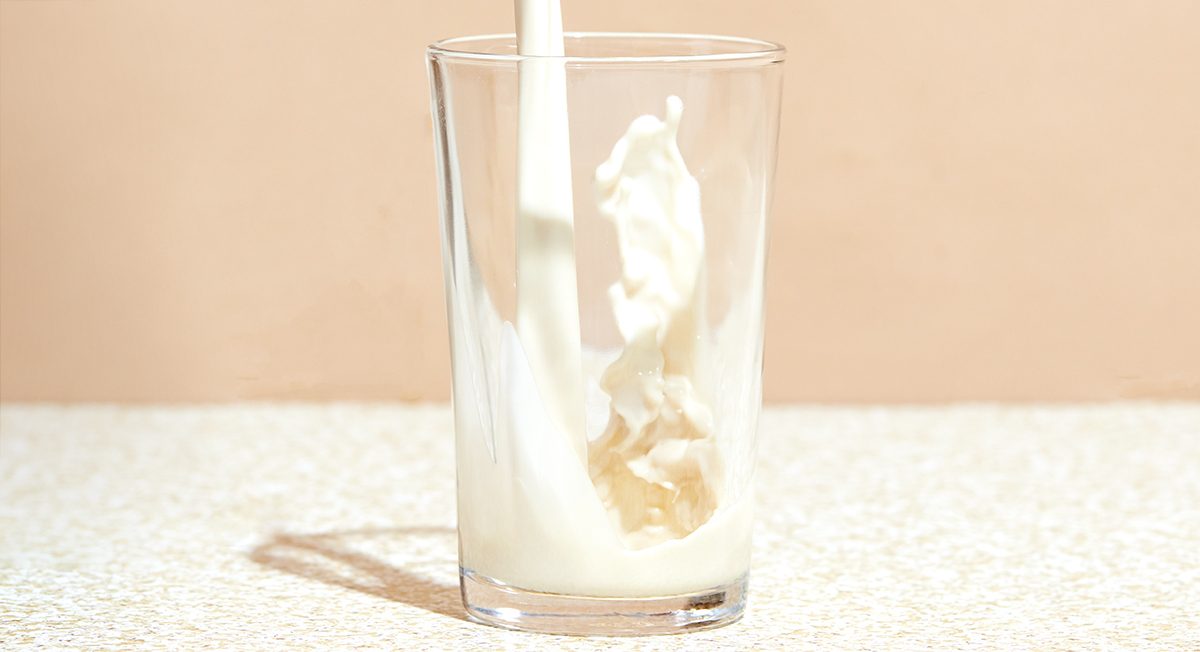 Soy milk is made from soybeans that have been soaked, blended with water, and strained. Although soy milk has surged in popularity in the last decade, this milk alternative is nothing new. Soy has been a diet staple in China for centuries. In the 1920s, inventor Henry Ford temporarily transferred his love of efficiency from the automotive industry to the food industry. Ford opened a demonstration soy milk plant at his Dearborn, Mich., research center where he worked with chemists to develop “a soy milk having similar appearance and composition to cow’s milk which can be produced by mass production methods at a cost equal to, or less, than cow’s milk.” Although the soy milk wasn’t much of a success commercially at the time, both world wars relied on soy milk and other soy-based products to stand in for meat and dairy when these commodities were rationed. Fast forward half a century and soy milk’s popularity began to surge. The climb started in the 1990s after The New England Journal of Medicine published research linking soy protein consumption with lower levels of LDL cholesterol (the “bad” kind) and higher levels of HDL cholesterol (the “good” kind). A few years later, the FDA began allowing soy milk manufacturers to tout this benefit right on the carton.

Soy milk nutrition is one of the reasons to enjoy this beverage. In every 1-cup serving of Thrive Market Organic Soy Beverage you’ll enjoy the following:

Get your soy milk fix with this popular carton from Thrive Market Goods.

This four-pack of organic soy milk is made with only three simple ingredients: organic soybeans, sea salt, and fresh spring water. This beverage is deliciously gluten-free, dairy-free, and naturally sweet for drinking on its own or using in your favorite recipes.

How to Make Soy Milk

If you’d like to try making a batch of soy milk at home, just know one of the main disadvantages of soy milk is that it’s a bit more involved than other non-dairy milks—you need to blend the mixture and then heat it on the stove to achieve the right consistency. Here’s a basic recipe to get you started, and you can include favorite flavors like vanilla, cinnamon, dates, or honey to make it your own. Use it to make a soy milk smoothie, soy milk ice cream, or even chocolate soy milk.

Instructions:
Add soybeans to a large bowl and cover with at least 1-inch of water; soak overnight, or at least 12 hours. (When ready, soybeans should split easily when squeezed.) Drain soybeans and remove the outer skins; add to a high-speed blender along with 3 cups of water until almost smooth; strain into a large bowl using a cheesecloth or nut milk bag.

Pour soy milk mixture into a saucepan and add additional 1 cup water; bring to a boil. Reduce heat and simmer, stirring occasionally, for 20 minutes, skimming foam as necessary. Let cool, then transfer to glass jars and refrigerate for up to 5 days.

Put your soy milk to good use with these nutritious recipes.

Armed with a few basic pointers, it’s simple to whip up a short stack of vegan pancakes for breakfast. Ingredients like soy milk, bananas, and neutral oils will give you the texture and flavor you’re after every time. 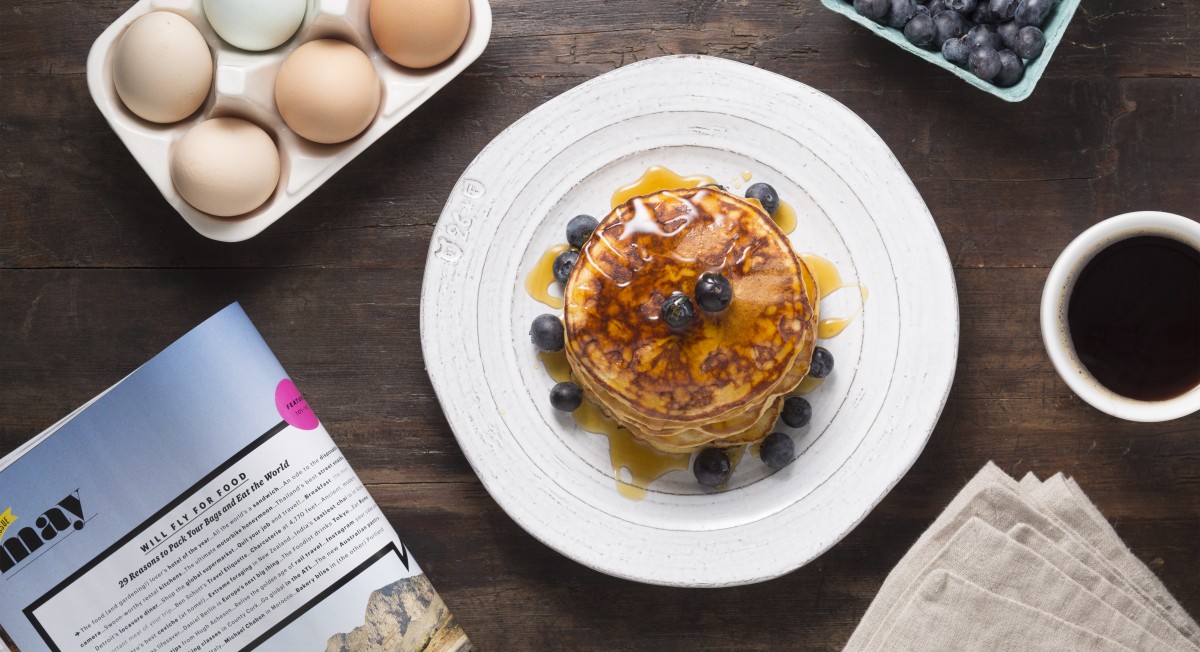 Bite into this vegan donut made with applesauce, soy milk, nutmeg, and other pantry staples. It’s a tasty plant-based way to enjoy this treat any time.

Here’s a real trick for your next dessert course. This vanilla-infused hummus tastes like an indulgence, but it’s actually made from a base of white beans and dairy-free milk. Use soy milk or almond milk.

What Is Almond Milk? 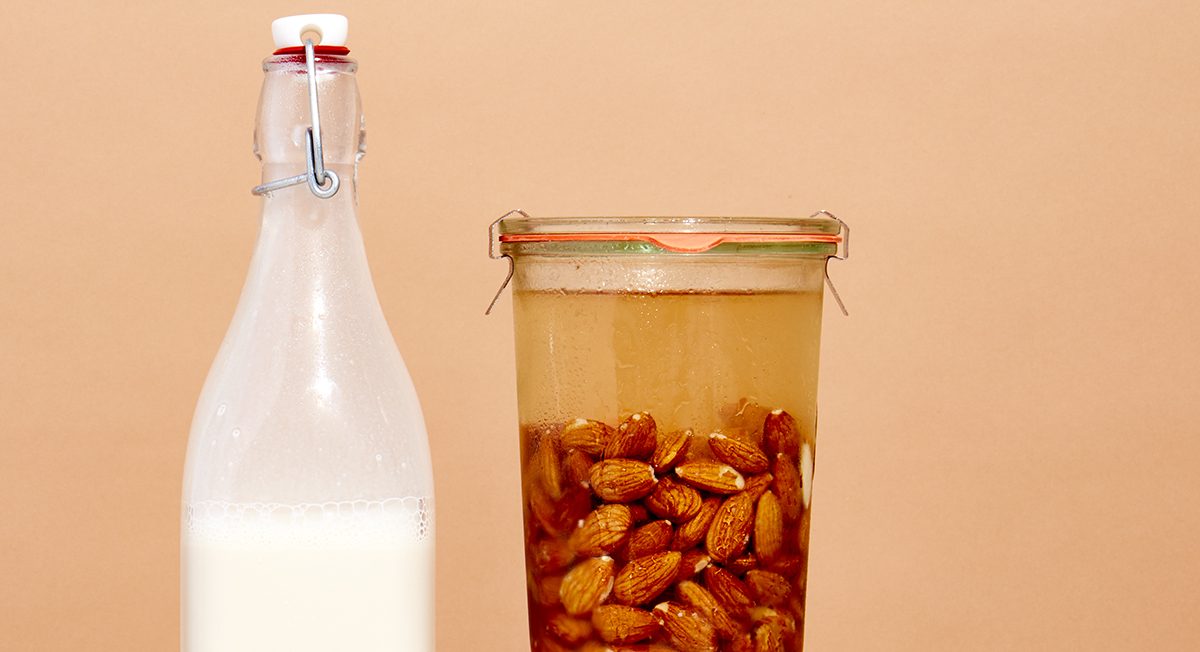 Almond milk is made by blending raw almonds with water and straining the liquid into a creamy beverage. It’s one of the most popular dairy milk alternatives because it works for a variety of diets like vegan, paleo, and vegetarian.

Is almond milk good for you? If you’re looking for a low-calorie way to maintain your dairy-free diet, then yes. (Every 1-cup serving of Thrive Market Organic Almond Beverage has only 30 calories.) In addition to the nutritional benefits of almond milk, research shows almond milk may be helpful for weight loss due to the high content of monounsaturated fatty acids in almonds.

Looking for the best almond milk on the market? Here are our top picks from ThriveMarket.com.

This almond milk is gluten-free and lends a mild, nutty flavor to recipes like waffles, muffins, or sauces.

You’ll look forward to your next cuppa when Califia’s vanilla almond milk creamer is within reach. It’s a luscious, dairy-free option made with a mix of almond milk and coconut cream.

Pour some of this unsweetened almond milk into smoothies for the perfect plant-based breakfast. One serving delivers 10g of protein, too.

How to Make Homemade Almond Milk

Homemade almond milk is a popular DIY recipe that’s easy to make if you have the right equipment—namely a sturdy blender and a nut milk bag. A base recipe only needs almonds and water, but, as always, you’re free to switch things up with the spices, sweeteners, or extracts of choice.

Instructions:
Place almonds in a bowl and cover with water; soak overnight (or at least 8 hours). Drain and rinse nuts; add to a blender along with 4 cups water. Blend for 1 to 2 minutes, or until frothy. Place a nut milk bag over a large bowl; pour milk into bag and squeeze gently from the top down, extracting as much milk as possible from the pulp. Refrigerate in glass jars for 3 to 5 days.

Almond milk is versatile enough to work in both sweet and savory dishes, and makes it easy to offer paleo, dairy-free, and vegan options to the whole family.

The trio of matcha tea, almond milk, and a vegan salted caramel sauce combine for a refreshing, dairy-free sip to start your day.

Yes, it’s possible to enjoy a paleo-friendly Southern breakfast! Just bake our almond flour biscuits and serve them atop sausage gravy made with arrowroot starch and almond milk. 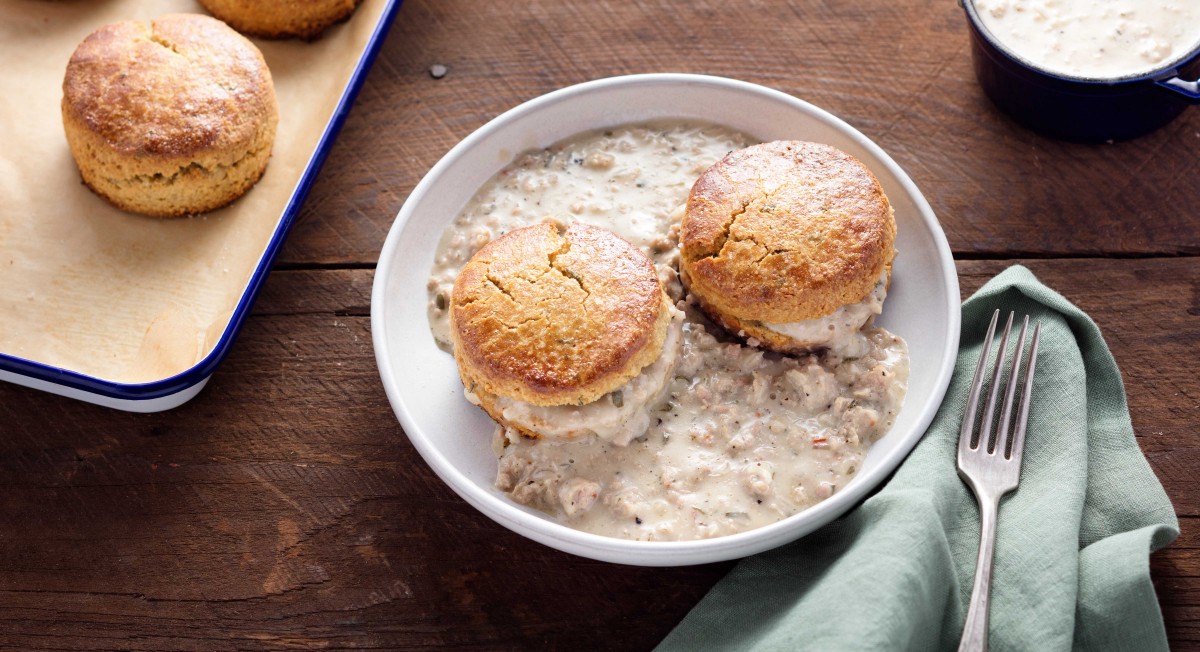 This mac and cheese is totally vegan thanks to a “cheesy” sauce made with two kinds of nuts—almonds and cashews—and chopped broccoli adds extra nutrition to every bite.

Almond milk gets to work in this overnight dessert that can be made in advance. The pudding tastes like pumpkin pie, and a spoonful of MCT oil gives this dessert a keto-friendly spin.

Instead of ordering in, make your own Indian takeout. This filling chicken curry simmers with almond milk, peanut butter, and a small army of spices for a rich flavor that’s extra comforting.