Baking Soda Can Make You Faster, Stronger, and More Powerful—Seriously

When I started getting serious about running, I found myself suddenly thrust into the world of supplements and pre-workout formulas and performance enhancers.

Every time I went to buy sneakers, the sales guy shoved some new, neon-colored powder at me that could allegedly “increase speed” or “boost power.” I’m not gonna lie to you—the idea of drinking some chemical potion to instantly transform into a better athlete is certainly appealing. But my nutritionist–health coach brain knew better than to believe the hype. Usually, the claims around such products are exaggerated, if not totally false. And because the supplement industry is largely unregulated, it can be downright dangerous to experiment with what’s out there, even if you can decode the long, chemical-laced ingredient list on the bottle.

So when I heard about competitive runners chugging baking soda and water before a race to help them run faster, I was like, Huh? Turns out the ol’ baking soda trick is a real thing—bodybuilders have been using it since the 1970s to help them power through ultra-heavy lifts—and it’s scientifically proven. No weird unknown chemicals and plenty of research to back it up? Jackpot. 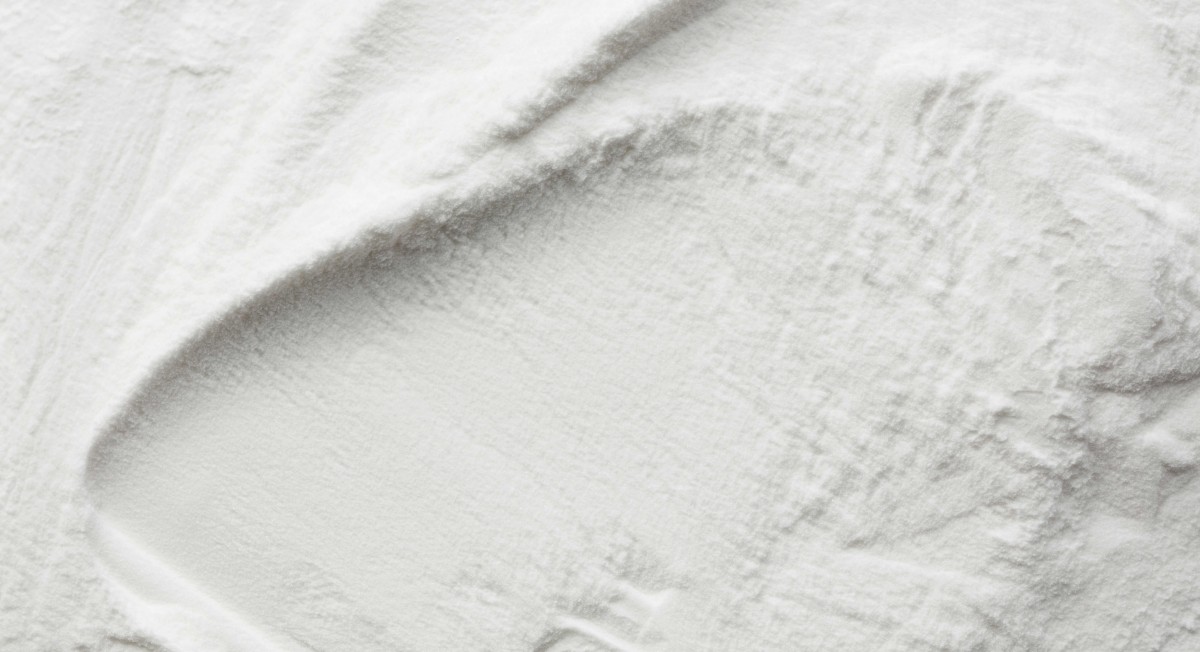 What is baking soda?

It’s a key component of your favorite cookie batter, it whitens teeth, and it can even eliminates weird leftover smells in the fridge. With all of its uses, baking soda is almost as hard-working as coconut oil or apple cider vinegar. But why does it work so well?

Also known as sodium bicarbonate, baking soda is alkaline, or basic. Alkalinity gives baking soda all of its powers in each of these scenarios, because when you combine it with an acid, a chemical reaction occurs.

Baking soda’s alkalizing power is also what makes it so useful for athletes when trying to increase their performance.

How does it fight muscle fatigue?

Do any exercise for long enough—even bicep curls with two-pound dumbbells—and eventually you’ll feel “the burn” as your muscles fatigue. Researchers have always assumed that lactic acid, a byproduct of muscles using glycogen for fuel, causes this sensation. But relatively new research published in 2004 revealed that muscle fatigue is actually caused by metabolic acidosis, a different biochemical process.

Metabolic acidosis occurs when the body produces too much acid as it burns through glycogen stores. The acid then builds up within cells; as your pain becomes more intense, your blood becomes more acidic.

This is where trusty baking soda comes in. Because it’s basic—in other words the opposite of acidic—it reduces acidity in the blood, which in turn draws out and neutralizes the excess acid that’s been created in the cells. The result? Fatigue comes on much less quickly, meaning you can work harder for longer.

Sprinters, tennis players, and cyclists have all “doped” with baking soda (which is totally legal, FYI) to impressive results.

In a study published in the British Journal of Sports Medicine, 23 participants completed six separate trials in which they performed a series of sprints on a bike. For three of the trials, they were given a placebo; for the other three, they ingested a few grams of sodium bicarbonate (dosing varied depending on body weight). In the baking soda trials, the cyclists’ experienced a higher average power output during sprints and also increased their peak power, or fastest sprint time.

A similar test was given to competitive swimmers at Ball State University, and researchers found that the athletes who were given sodium bicarbonate improved their overall performance, specifically in the last few laps of the workout. Blood tests revealed a higher overall pH (remember that means less acid), which they believe delayed the onset of fatigue in swimmers who used baking soda.

And tennis fans, take note. Downing baking soda before a big match can help you hit that perfect forehand every time, even if you’re stuck playing an opponent for hours according to one 2010 study out of Taiwan. Players who drank a sodium bicarbonate solution were able to maintain service and forehand stroke consistency throughout their match versus those who were given a placebo drink. The latter group saw a sharp decline in performance as the game progressed.

How to take it to improve athletic performance

Baking soda seems like the ultimate healthy pre-workout drink—until you actually take it. Because it’s high in sodium, it has a salty, bitter taste. (For those who need to watch their sodium intake, supplementing with baking soda isn’t recommended.) If you take too much, or even try it too close to engaging in physical activity, the results can be kind of disastrous. Think about the baking soda volcano you made in science class … and now think about that happening in your digestive tract. Yuck.

But, take it too many hours before your workout and you won’t see any results. Experts suggest taking 300 to 500 milligrams 60 to 90 minutes before exercise, but try experimenting with the dose and timing a few times to nail down your perfect “baking soda window.”

As for how to actually get it down? Most people add it to water (about 17 ounces of water for 500 mg) and drink slowly. Yeah, it’s salty and doesn’t taste too great, but chugging it too fast will give you a serious stomachache. To lessen the chance of gastrointestinal distress, try not to eat anything between when you drink it and when you work out.

While I’m a big fan of using it to get my teeth sparkling, I’m not sure I’ll be using baking soda to improve my mile times (My sensitive stomach just can’t hang.) But if you’re looking for more organic, natural ways to boost athletic performance, it might just be the super powder you’ve been waiting for.