How One Company is Transforming Food Waste Into Something Delicious

In sub-Saharan Africa, one of the poorest regions on Earth, more than 70 percent of the population depends on farming for its livelihood and survival. And yet up to 40 percent of their annual harvest never gets sold or eaten. Such losses are equivalent to a year’s worth of food for 48 million people—a travesty considering how many are starving in this part of the world.

So, how is it possible so much food goes to waste? The supply-demand curve is completely out of whack. Take mangoes, for instance. The fruit ripens in January, and suddenly there are more mangoes than anybody knows what to do with. There’s an overwhelming supply, followed by an inevitable decline in demand, so the prices plummet until farmers can’t turn a profit and the extra fruit rots away into nothing.

Forward-thinking companies like Mavuno Harvest say prevention of such post-harvest loss is a crucial yet often underlooked solution to providing economic and nutrition security in sub-Saharan Africa. Founder Phil Hughes, a former Peace Corps volunteer in Kenya, saw an opportunity to solve an economic problem by making use of excess produce.

“It’s not just wasted food for these farmers,” explains Hughes. “It’s lost security and money.” And the amount of profit lost is staggering. A 2011 report from the World Bank revealed that the monetary value attached to annual wasted harvest in sub-Saharan Africa is approximately $4 billion for grains alone. 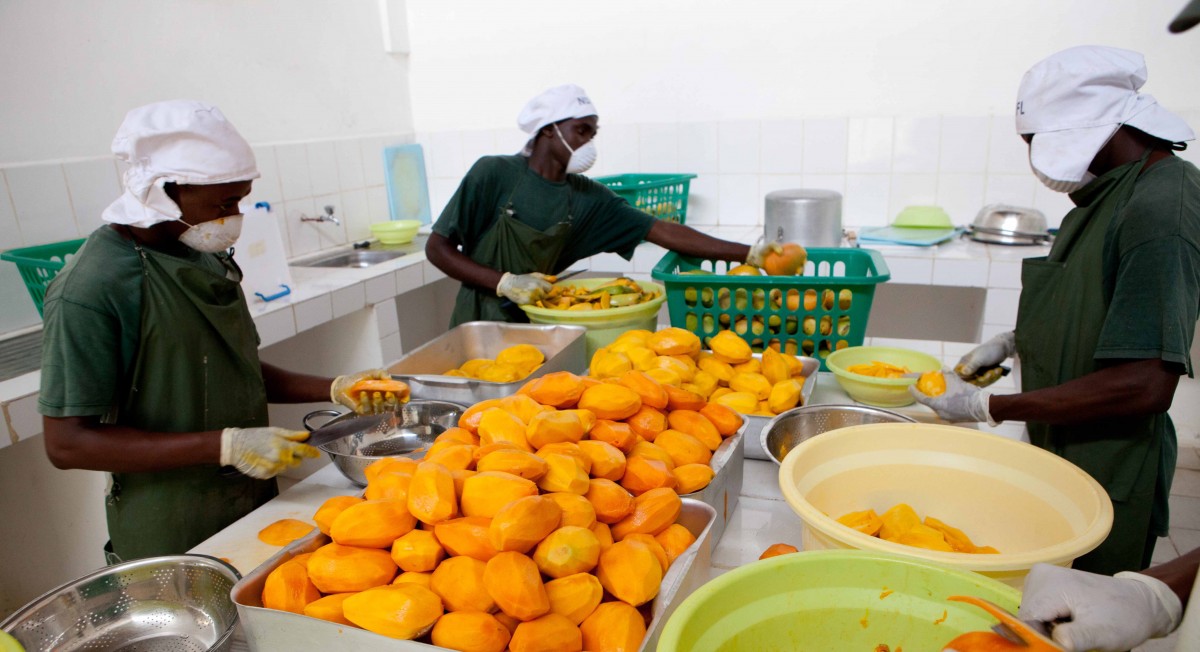 After researching the problem for 10 years, Hughes landed on a solution: He’d cut and dry the excess mango (and other fresh fruits like pineapples, papaya, bananas, and jackfruit) and sell it to an international market hungry for organic, fair trade–certified snacks. In 2011, Philadelphia-based Mavuno Harvest was born and has been growing ever since.

In Hughes’ view, “snackers make a difference with every bite.” With the increased demand, “farmers are able to feel confident about their fruit, grow more, and find suppliers to help finance the equipment used to dry it,” explains Hughes. The dried-fruit market has brought more jobs, steadier employment, and village improvements to local farming communities. And the premium these farmers earn for sticking to fair trade practices is actually going back to the community in best way possible. Hughes says, “local farmers are putting that money towards building a public library.”

Since Mavuno Harvest is a certified fair trade company, it pays a bit more for fruit, and the extra funds are used for community projects in local farming communities. In Burkina Faso, one of the poorest countries in the world, three cooperatives supply fruit for Mavuno Harvest products like its dried mangoes.

In 2016, the company expanded a school it built the previous year, adding new classrooms and desks, and increasing the number of students to more than 200. Without this school, local children were forced to walk more than three miles to the closest school! The school also built new water and sanitation facilities, and a local cooperative chose to repair a water well to provide clean drinking water.

Mavuno has also made additional investments with the farmers to improve the drying facilities with solar panels and adding new training sessions to teach farmers about the benefits of organic practices. In the past year, Mavuno has expanded its line, including Organic Fair Trade Coconut from a cooperative in Ghana. “As customers rise in the U.S.,” Hughes notes, “more farmers are selling their full harvests and the money goes directly into their communities.”