Gestational Diabetes and Your Diet

A newly pregnant woman has so much to look forward to: Bringing new life into the world! Decorating the nursery! Balancing a huge bowl of ice cream on top of her belly! But for nearly one in ten expectant mothers, the free pass to indulge every ice cream craving is revoked—by gestational diabetes.

It’s not just that this condition throws a wrench into a pregnant woman’s diet; it can have some pretty serious side effects for both mom and baby if it’s not managed appropriately. Despite how common it is, not a lot is known about how and why gestational diabetes manifests in healthy women. The diagnosis can be confusing and surprising for lots of soon-to-be-moms who might already have a relatively healthy diet.

Thankfully, gestational diabetes can almost always be controlled through a healthy diet and exercise. Here’s what you need to know about it, the potential causes, and what to eat to keep blood glucose levels in check.

What is gestational diabetes?

Pregnant women who’ve never been diagnosed with diabetes but develop high blood sugar levels during pregnancy have gestational diabetes. Blood sugar (or blood glucose) levels test higher because for some reason the body is unable to create enough insulin to transform glucose (sugar) into energy, a condition known as insulin resistance. This causes glucose to build up in the body, elevating blood sugar levels and forcing the pancreas to overproduce insulin, even though that insulin isn’t properly used. Gestational diabetes only happens during pregnancy, is usually diagnosed in the last trimester, and typically clears once the baby has been born.

We know that the root cause is insulin resistance, but why is this problem triggered in otherwise healthy women, only during pregnancy? Doctors aren’t completely sure, but they think that as the baby develops, hormones are released in the mother’s body. While these hormones are necessary for fetal development, some might block the action of the mother’s insulin. When insulin can’t be used to break down glucose into energy, the mother’s body becomes somewhat insulin resistant—this phenomenon is pretty common during the later stages of pregnancy. Unfortunately, it’s unknown which specific hormones cause this condition.

Can you prevent gestational diabetes?

Although it’s possible that any pregnant woman can develop gestational diabetes, some are at higher risk for developing it. If you have any of the following indicators, your doctor will screen for signs of diabetes:

The best prevention, especially if women fall into any of the above categories, is to maintain a healthy weight and be active before pregnancy. It might sound counterintuitive, but for overweight women, it’s healthier to lose a few pounds before conceiving.

If you’re already pregnant, it’s not the time to start dieting or to seriously increase physical activity levels—as it could be unsafe for the baby. Instead, expectant mothers should focus on eating a balanced diet and engaging in low-impact physical activity (like walking or stretching) once a day.

Slow and steady weight gain is normal as the baby reaches full term (and keeps growing!), but gaining too much too quickly can put moms at risk for developing gestational diabetes. That said, your doctor can tell you what’s right for you individually—how much weight gain is normal, and how much exercise is safe.

Keep in mind that, although good habits (like eating well and staying active) can help decrease one’s risk gestational diabetes, the condition can still develop in even the healthiest moms-to-be.

Once pregnancy is confirmed, an obstetrician will evaluate the risk factors and decide when to test for gestational diabetes. For women who fall into any of the above categories, it might happen as soon as the first prenatal visit. Those who aren’t considered high risk typically get screened during the second trimester, around 24 to 28 weeks. The process is simple, involving one of a few different types of blood tests that’ll indicate insulin resistance and high blood glucose levels.

What happens if you develop gestational diabetes?

If you’re diagnosed with gestational diabetes, your doctor will recommend a very specific set of rules and guidelines about what to eat, when to eat, what your target blood sugar levels should be, and how often to test your levels. Because every body responds a little differently to food, it might take some experimentation before you figure out exactly what works well for you and which foods end up spiking your levels.

It’s really important to take this diagnosis seriously because there are some dangerous side effects for both mom and baby if it goes untreated.

Risks for the baby

When a pregnant mom has high blood sugar, her baby has high blood sugar. In an attempt to use up that prompts the baby’s pancreas to work overtime to make more insulin, and the excess sugar in baby’s blood gets stored as fat. This can lead to fetal macrosomia (which translates “big body”), a term used to describe larger-than-average newborns. Babies with macrosomia usually need to be delivered via C-section because they can’t fit through the birth canal. This puts the baby at greater risk of developing health problems down the line.

Babies of any diabetic mothers might also be born with jaundice, which turns the skin and whites of the eyes yellowish and is usually linked to a sluggish liver.

Finally, these babies are more likely to be overweight and develop type 2 diabetes later in life.

Risks for the mother

Even when treated properly, gestational diabetes makes pregnancy much more high risk. If you’ve been diagnosed, you’re more likely to have higher blood pressure which can result in a potentially fatal complication called preeclampsia. The only cure is to give birth, usually by C-section.

Gestational diabetes has also been linked to increased chance of developing depression and postpartum depression. Pregnant women and new moms who struggled with gestational diabetes are twice as likely to experience depression during and after pregnancy. Depression manifests in many ways, including exhaustion, anxiety, or an inability to cope with day-to-day life or take care of oneself.

Unfortunately, even though gestational diabetes technically goes away after birth, women who get it once are more likely to experience it again in subsequent pregnancies and to develop type 2 diabetes later in life.

If you’ve been diagnosed with insulin resistance or gestational diabetes, your doctor and medical team will recommend which foods you should avoid because they’ll spike your blood glucose levels. They’ll also tell you how often you should eat to help stabilize blood sugar. The first step, which may be obvious, is cutting out excess sugar. You should absolutely avoid these foods:

You might also need to be careful about your intake of starches, dairy, and fruit, depending on how your body reacts. When possible try to eat foods that score low on the glycemic index, which means they won’t cause a severe spike in blood sugar levels.

Here’s the good news—there is still so much to eat even for those struggling with insulin resistance. Proteins, veggies, and healthy fats all score low on glycemic index, so hungry expectant moms can pile their plates with filling, nutrient-rich foods to help support a growing baby. 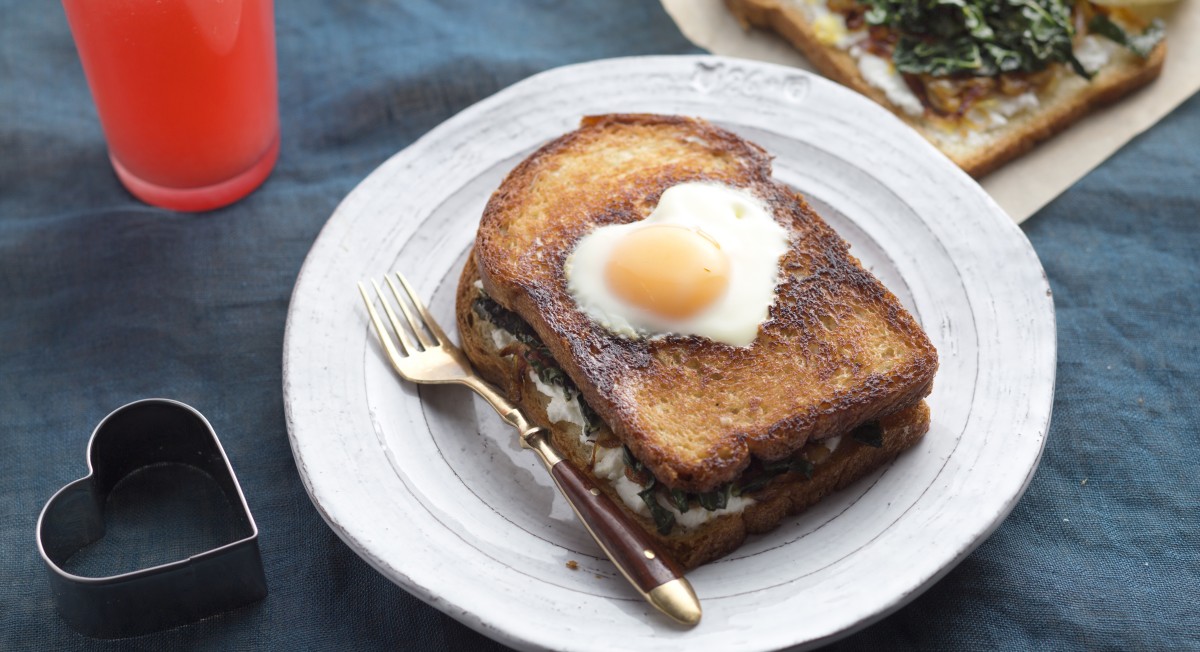 Paleo Breakfast Sausage
Skip the processed, store-bought sausages—there’s no telling what’s in that mystery meat—and make your own at home. These take all of 20 minutes to form and fry up, and they’re packed with proteins and healthy fats to help keep expectant moms full and happy.

Boiled Eggs With Bacon Wrapped Soldiers
Wrapping asparagus in bacon to cook is the ultimate kitchen hack. As the bacon fat renders, it bastes the veggies and imparts a rich, decadent flavor. Serve with soft-boiled eggs (egg yolks contain plenty of important prenatal vitamins) for a balanced meal. 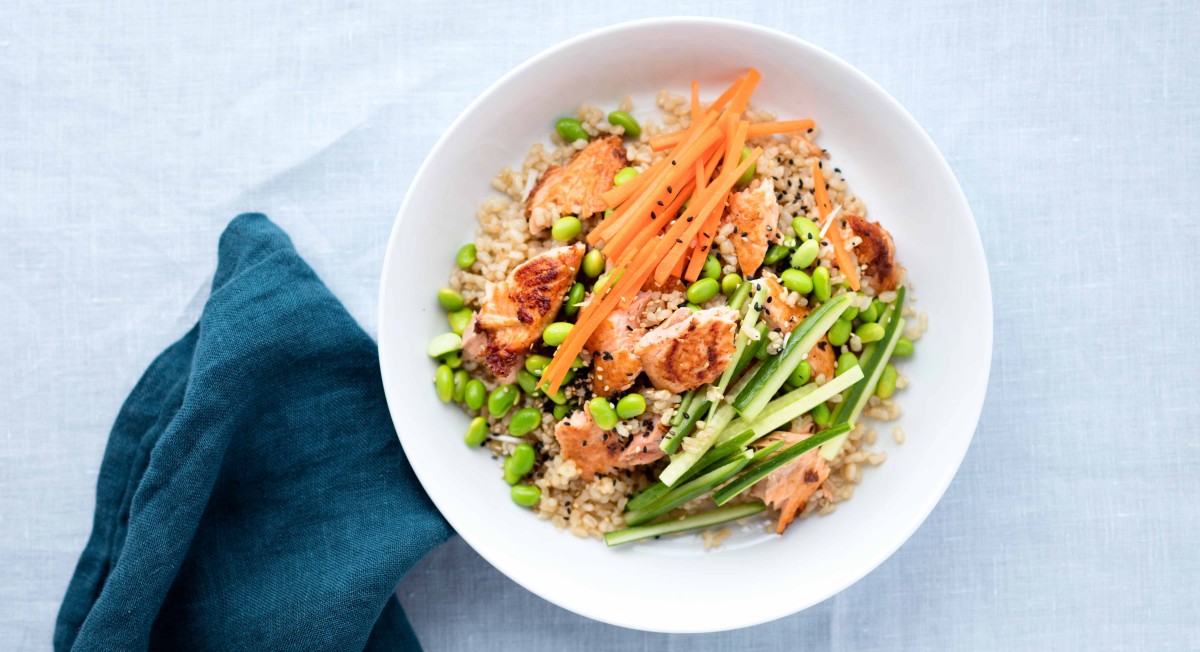 Carrot Pancakes
Savory carrot pancakes topped with a fried egg will help satisfy carb cravings without raising your blood sugar levels. But the clincher? The sorrel pesto. Make a little extra and use it as a veggie dip when afternoon snack time rolls around.

Brown Rice and Salmon Salad
Sushi is off-limits during pregnancy (raw fish is a big no-no), but that’s nine months can feel long for spicy tuna roll enthusiasts. This brown rice and salmon bowl has all the same flavors pregnant women might be missing, without the potential dangers for baby.

Grain-Free Vegetable Wellness Bowl
Lunch doesn’t have to be loaded with protein and carbs to be totally satisfying. Load up you bowl with in-season veggies and drizzle this incredibly flavorful low-calorie tahini sauce over the whole thing. 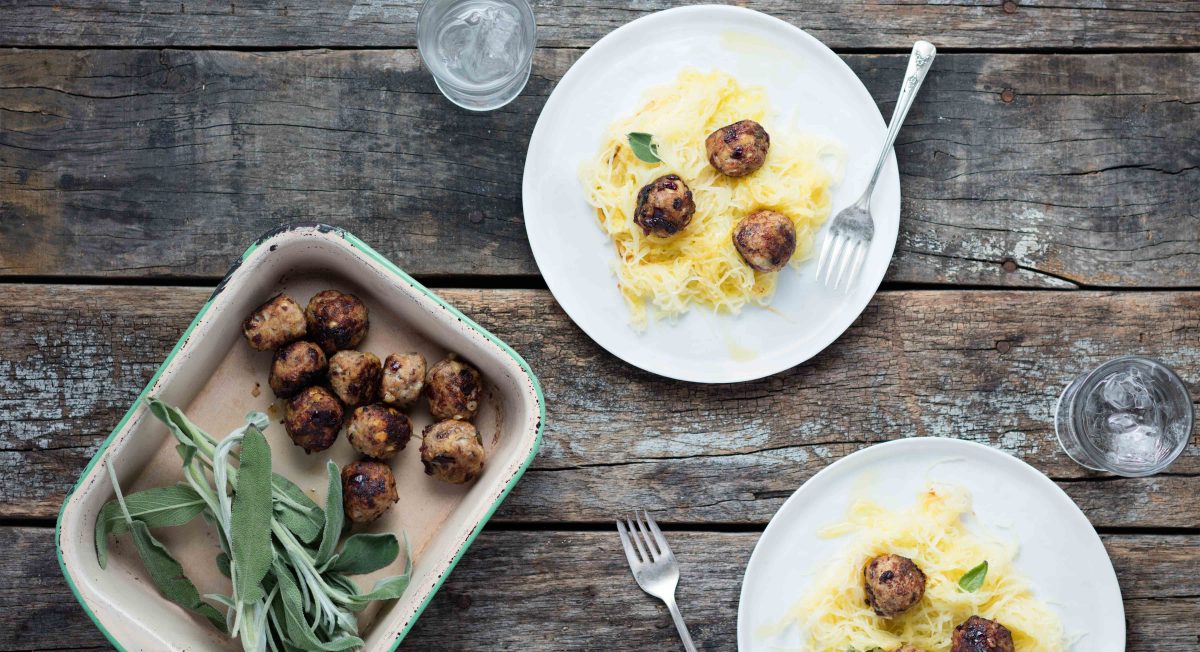 Beef and Broccoli Stir-Fry
Ordering takeout is quick, but this recipe is quicker. Once you see how easy it is, you’ll never pay that delivery fee again.

Garlic Roasted Chicken
Fire up the oven once and eat all week with this simple and flavorful recipe. The 2.5-hour cooking time is a bit on the long end, but perfect for a lazy Sunday. Plus, then you’ll be set with healthy leftovers all week. 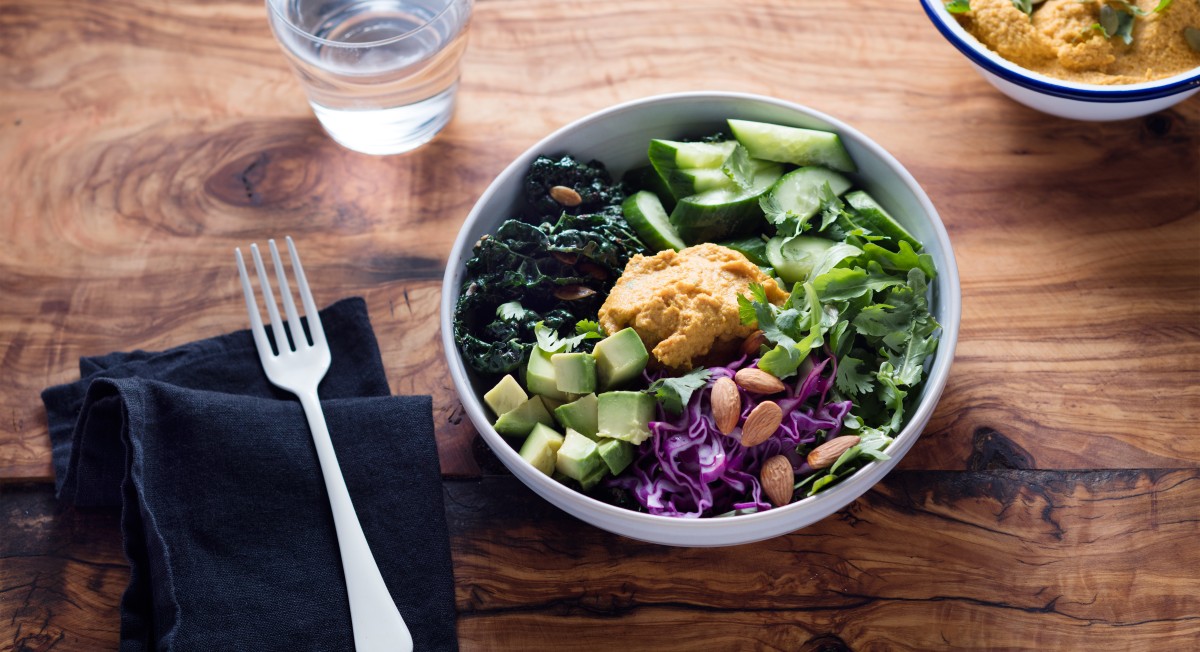 Pumpkin Hummus
Your doctor might tell you to eat every two to four hours to keep blood sugar levels stable, and if you’re not used to that, it can feel exhausting! This colorful side will change that—pair with an array of veggies for a rainbow snack.

Marinated Mozzarella Balls
Finger food at its finest. These olive oil-marinated cheese balls are perfect for a quick snack that’s loaded with flavor and healthy fats. Just try not to eat all of them in one sitting!

Pregnancy should be one of the most joyful times in a woman’s life. Although a gestational diabetes diagnosis might feel scary at first, with the help of medical professionals and a healthy diet, it’s totally manageable. And you might not even need to give up the ice cream—check out these healthy desserts for inspiration!