The world of alternative sweeteners is so vast you might feel like you need a tour guide when you start exploring. There are some popular options you’ve probably heard of, like stevia and honey, but today we’re digging into a lesser known pick that’s quickly becoming a sugar-swap darling: monk fruit.

What are natural sweeteners?

Natural sweeteners have boomed in popularity for a few reasons, like the fact that many of us eat too much refined sugar. From liquids to powders, natural sweeteners qualify for a more wholesome status due to the fact that they tend to have fewer calories or are lower on the glycemic index scale. Whatever your reason for changing things up, there are lots of choices on the shelf these days. Here are some of the most popular alternatives: 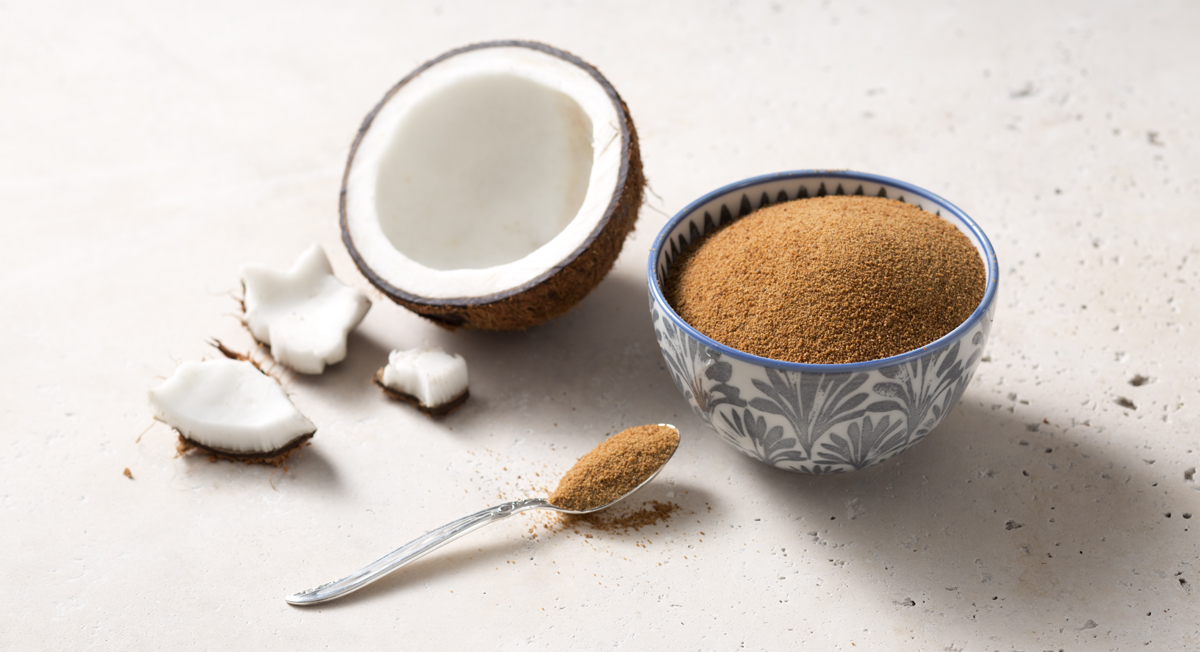 Coconut sugar is made from the sap of coconut palm trees, and its granular crystals taste like a cross between brown and raw sugar. Our members love to use it in baking to deepen the flavor of cookies or quick breads. It’s a lower-glycemic swap for refined sugar in most recipes, and is also gluten-free, Paleo, and vegan. 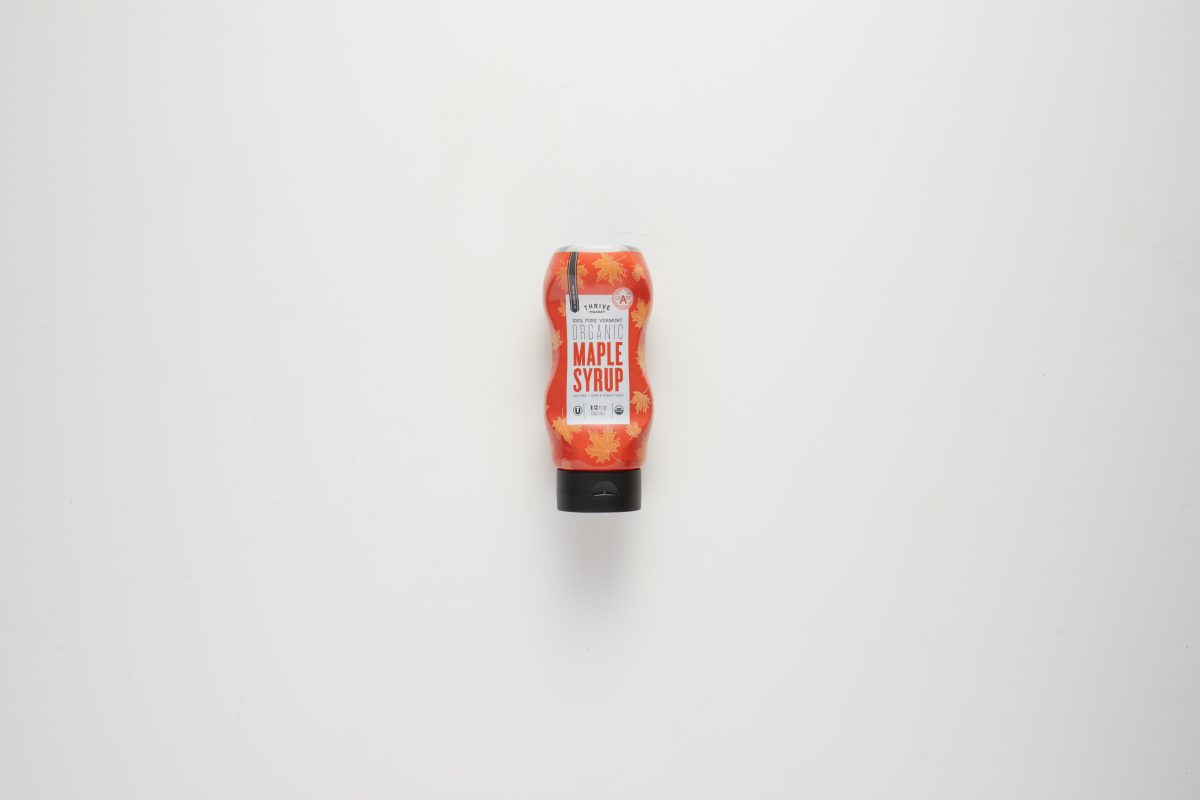 Pure maple syrup offers nutrients like manganese, zinc, and riboflavin, plus fewer calories than honey. It’s the perfect way to sweeten up oatmeal or yogurt, and you can add it to pancake or waffle batter, too. Here’s a trip from Thrive Market member Nancy: “I make granola a few times a month and this is my sweetener.” 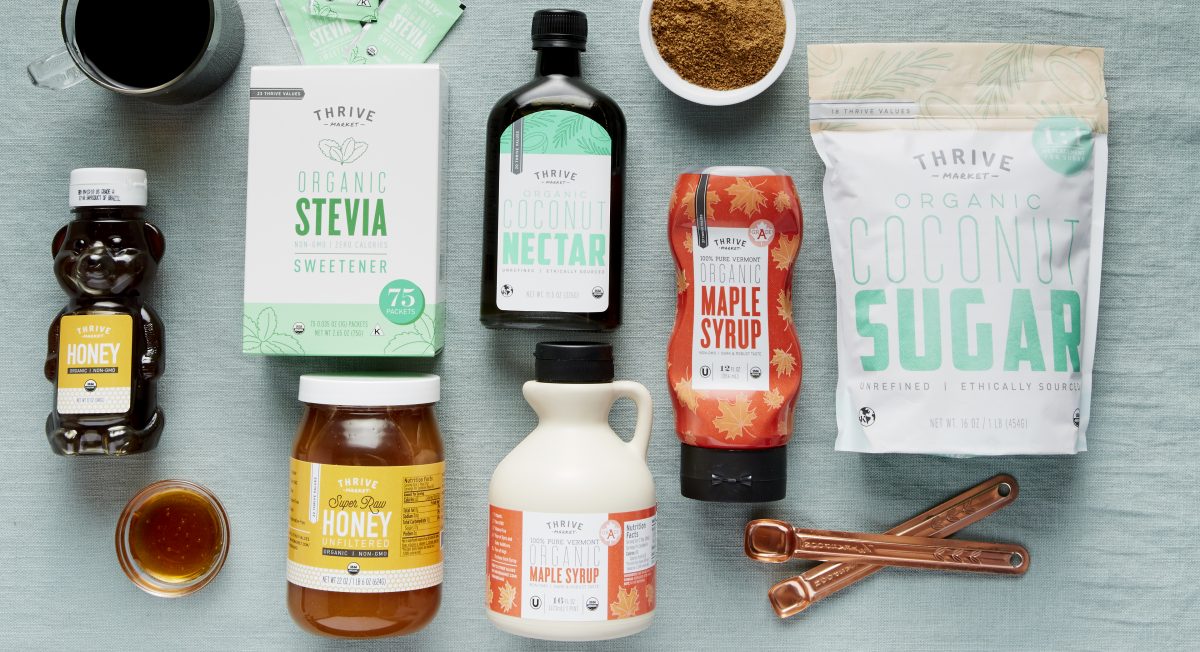 Counting calories? Meet your sweet new friend, stevia. It’s calorie-free, sugar-free, and low-glycemic to boot. One of our members, Charles, said it’s become an instant staple. “We’re picky about that bitter aftertaste, but this [Thrive Market Organic Stevia] doesn’t have any. I use it for whipped cream and sugar in my coffee.”

What is monk fruit?

Now let’s dig into monk fruit, also known as lo han guo, a fruit that grows on vines in Southeast Asia. This gourd is named after the monks who harvested fruit from Chinese mountains in the 13th century, primarily in the Guangxi and Guangdong mountains. With ample shade and morning mist, this treacherous location proved to be ideal for monk fruit to thrive. Since the region is home to many Buddhist temples, monk fruit is also known by a few other monikers, like Buddha fruit or the Arhat fruit (a term for someone who has achieved nirvana).

Monk fruit remained in China until the early 20th century when a travel group from the National Geographic Society (NGS) brought it stateside. This group later bestowed the scientific name (siraitia grosvenorii) after NGS’s president, Gilbert Hovey Grosvenor. Today, the Chinese government has banned monk fruit from leaving the country, so all fruit must be manufactured in China before heading overseas.

Ways to Use Monk Fruit

You can find monk fruit in a few different variations.

As for recipes, the possibilities are endless:

Curious how monk fruit stacks up to stevia? Let’s take a look at the details.

Stevia is a plant-based powder from a plant in the asteraceae family, related to the daisy and ragweed. A few species are native to the American Southwest (New Mexico, Arizona, and Texas), but the most popular variety grows in Paraguay and Brazil, where people have used stevia leaves to sweeten their dishes for hundreds of years. It easily dissolves in hot or cold liquids, and a little goes a long way!

All About Monk Fruit

As we’ve learned, monk fruit grows in Southeast Asia and was named after the monks who cultivated it for centuries. Like stevia, it’s a zero-calorie sweetener that can be used in both drinks and baked goods.

In general, a monk fruit sweetener can be swapped 1:1 in recipes. But like anything, we always recommend experimenting to find the sweetness level that tastes right for you!

Meet a drink that’s a matcha made in salted caramel heaven! It starts with a pour of make-ahead caramel sauce that’s sweetened with monk fruit syrup. Top off your glass with a mix of matcha powder, water, ice, and a splash of creamy almond milk for a delightful vegan beverage. 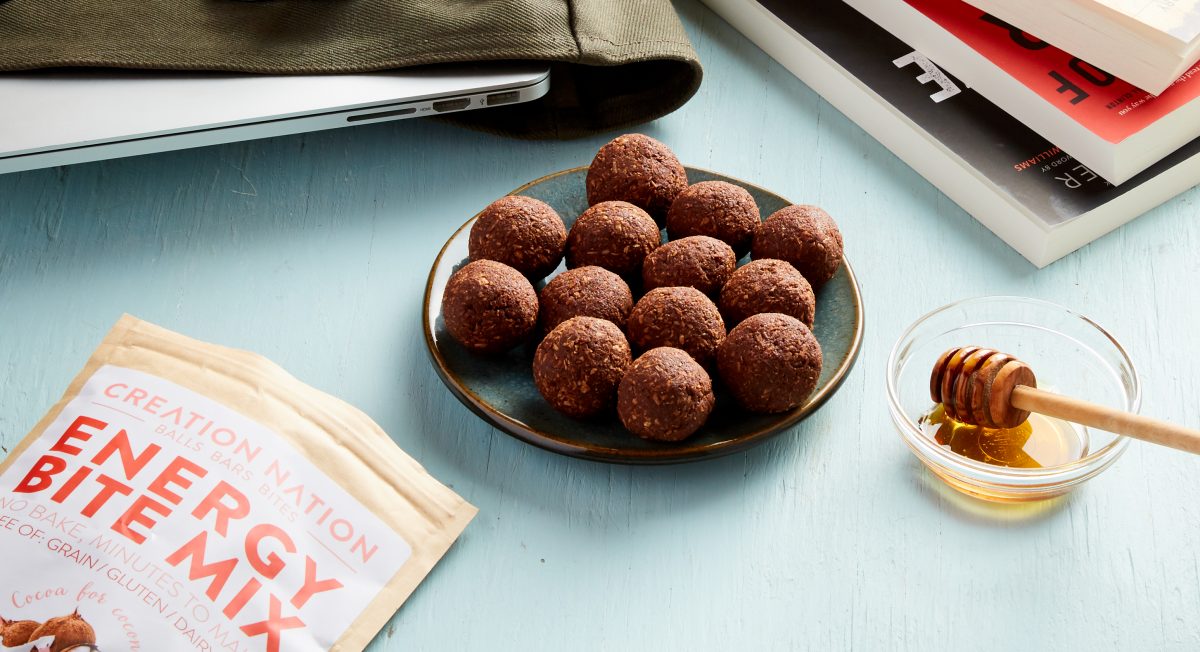 What’s not to love about these easy-to-make energy bites? Just pick up a bag from Creation Nation and you’re halfway to a Paleo-friendly and vegan snack. Just mix the package with water, non-dairy milk, coffee, juice, and a mashed banana or applesauce. Form into bite-sized balls and chill for 20 minutes—done!