From peanut butter and jelly sandwiches in your lunch box to enjoying scones and jam with grandma, sweet spreads have a prominent place in many of our food memories. The recipes might seem simple (it’s mostly fruit and sugar, after all), but this food’s history spans millions of years and has been embraced by cultures around the world. Get ready for the culinary timeline you never knew you needed, our favorite recipes, and best jars to stock your pantry.

History of Jam and Jelly 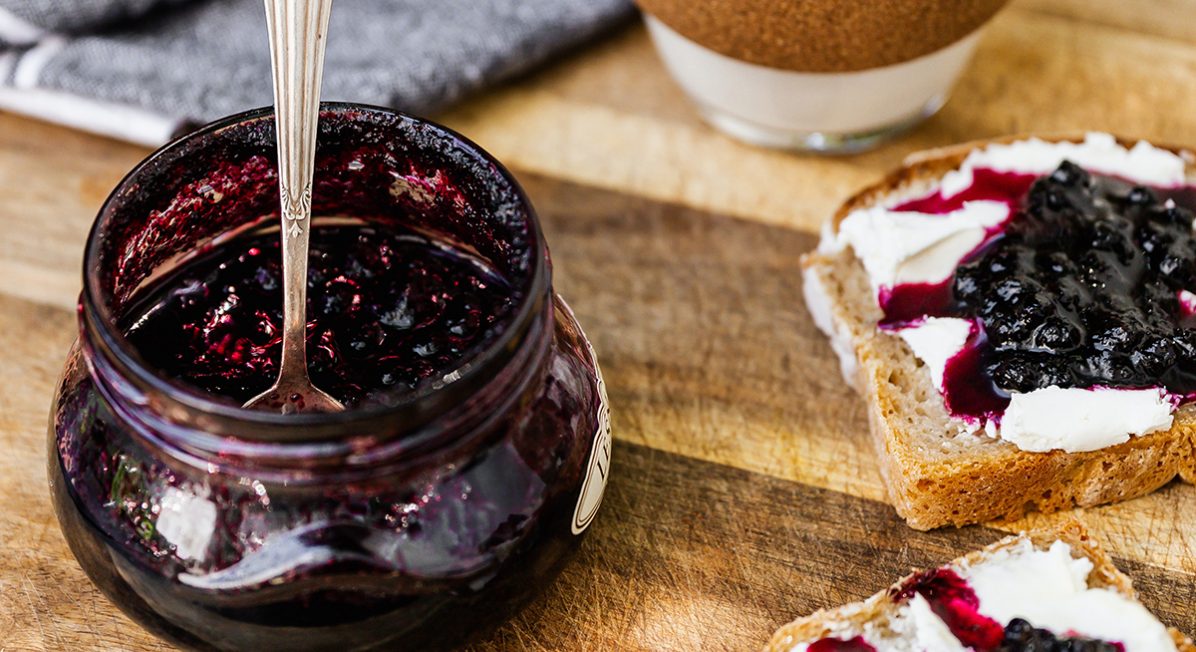 Diving into the history of jams and jelly is really a conversation about food preservation, which has been around since the Paleolithic era, more than 2 million years ago.

Jam or Jelly: What’s the Difference? 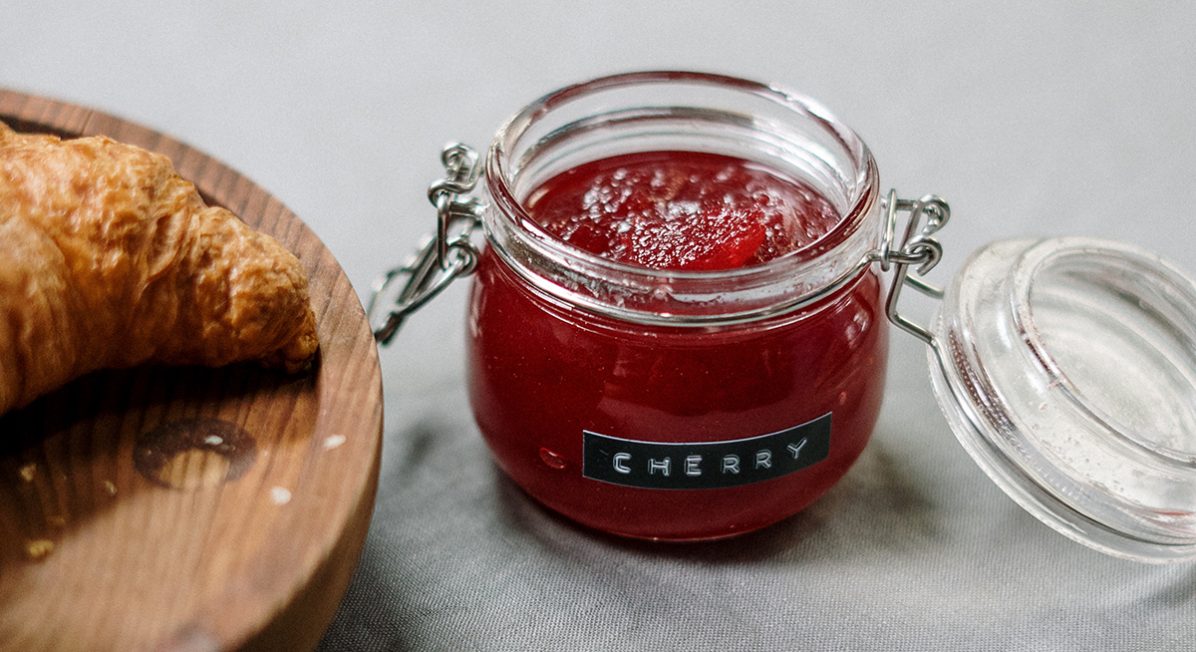 Technically speaking, the term that’s placed on a label is based on the FDAs standards that have been around since 1940. We won’t get into all the technicalities, but a certain ratio of fruit to sugar or other sweeteners must be considered when determining whether something is called a jam, jelly, or another sweet spread. Modern cooks have a range of techniques to draw from that result in everything from marmalade to conserves. While there are many nuances, one element is consistent in all the recipes: the use of sweet, ripe fruit.

Jelly is made by cooking fruit juice with sugar and acid (like the thickening agent pectin) to help create a gelatin-like consistency. Once cooked down, it’s strained to remove any fruit pieces or seeds, leaving a smooth, transparent spread behind.

Similar to jelly, jam is also cooked with sugar and acid, but uses chopped, crushed, or puréed fruit, not fruit juice. Pectin is sometimes added, but jams are slightly looser in consistency than their jelly counterparts, and have added texture from the fruit.

Preserves are thicker than both jams and jellies, where large pieces of the fruit, or the whole fruit (like berries) are suspended in the syrupy base, leading to a chunkier texture.

Conserves are made using dried fruits (usually a combination of two or more) as well as nuts. Because of its thick and chunky texture, conserves are often served with cheeses and meats. 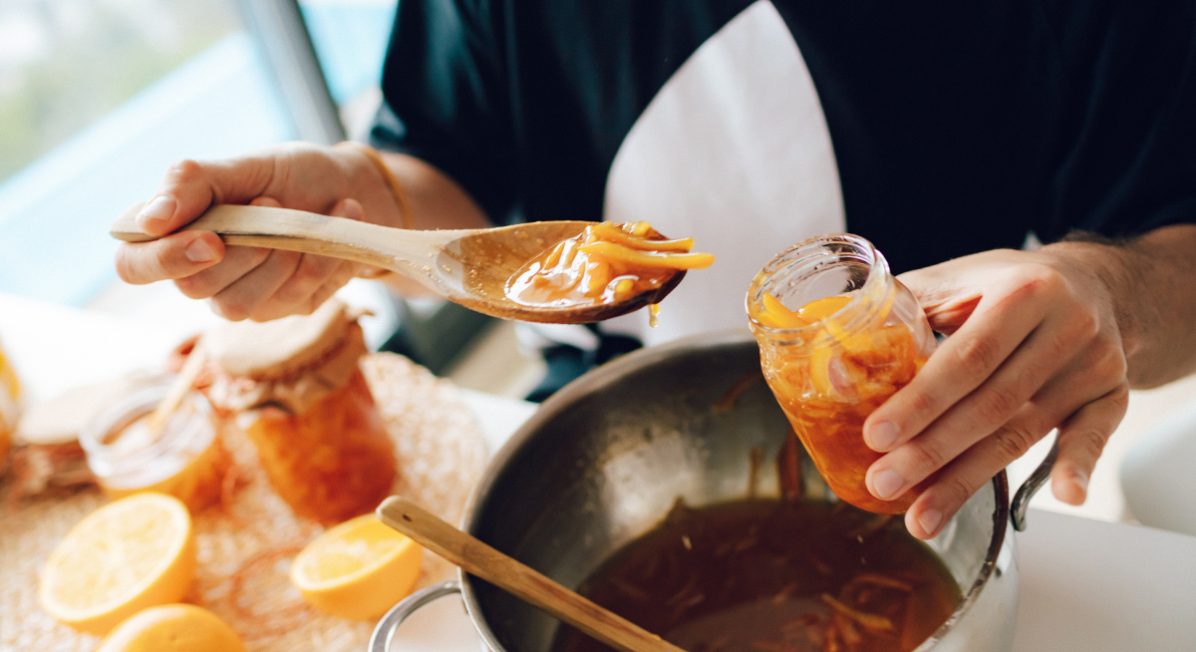 Marmalades are citrus spreads made from the peel and pulp of fruit, a great recipe if you’re being mindful of food waste. These recipes require a long cooking time and have no pectin.

No matter your favorite fruit, you can find a range of jars on ThriveMarket.com.

Strawberry jam is a classic, and ours uses two varieties of organically grown strawberries: deep-red Camarosa and fragrant Senga Sengana. With almost three-thousand 5-star reviews, it’s a member favorite in part because it’s sweetened with grape juice instead of sugar.

Aegean figs are the star ingredient in this Mediterranean spread featuring notes of honey and caramel. Jenessa from Tennessee can’t get enough: “I’ve been adding it to sandwiches and any kind of gluten-free cracker I can spread it on!”

Crofters is known for its obsession with quality ingredients. This spread uses concord grape purée, apple pectin, and cane sugar for its signature flavor. Janet from Florida says it’s “the best fruit spread I’ve had in a long time (since my grandmother made them!)”

This antioxidant blend features acai berries, morello cherries, pomegranate, and red grapes. Elizabeth from North Carolina says this jar is her new favorite: “This is perfectly sweet and fruity, and I love the blend of flavors.”

Sweet or savory, there are plenty of ways to make good use of your favorite spreads.

These granola jam bars use tried-and-true pantry staples like oats, flour, spices, and jam. Bonus: It’s ready in under 30 minutes (for busy mornings) or you can make it ahead (a breakfast win).

For Hanukkah (or anytime, let’s be honest) these baked donuts feature a yeasted dough that’s stuffed with sweet raspberry preserves. Instead of messing with a pot of hot oil, these treats are baked, not fried.

PB&J isn’t just for lunch. Add chocolate for an after-school snack the whole family will crave. The recipe calls for peanut butter, but you can swap in almond butter too.

It’s chocolate bark … sans chocolate. This lightened-up version uses creamy Greek-style yogurt as the base, then adds orange marmalade for brightness, and juicy dates and roasted nuts for texture.

These beautiful cookies make a festive addition to your holiday table. Inspired by the Austrian recipe, our version uses hazelnut meal and an irresistible blackberry filling.

Apricot jam provides the finishing touch on this elegant dessert that’s brimming with fresh fruit and fresh thyme for a savory note.