For many people, a trip to Hawaii evokes images of paradise—the pristine, crystal waters and bottomless mai tais. Others might be consumed thinking about the 2,500 miles of open ocean between it and the mainland that a plane could potentially crash into, never to be found again.

Even in the most desirable situations, fearing the worst can be a default. It’s called anxiety, which Merriam-Webster defines as:

“An abnormal and overwhelming sense of apprehension and fear often marked by physiological signs (such as sweating, tension, and increased pulse), by doubt concerning the reality and nature of the threat, and by self-doubt about one’s capacity to cope with it.”

Anxiety is not just a momentary feeling; it can also be a full-on disorder. And one of the toughest things about it is it can hold you back from doing things that are good for you—as simple as asking for a well-deserved promotion or a life-changing adventure like backpacking Europe.

You’re definitely not alone—even the bravest people have struggled with feeling anxious at one point in time. The fear of flying admittedly crossed this writer’s mind a few times before and during a trip to Oahu. If I had let it ground me, swimming in a hidden lagoon with critically endangered hawksbill sea turtles would remain just another unchecked item on my bucket list.

It does get better, though. While some may experience anxiety on such a severe level that medication seems like the only way out, it’s not the only solution. There are also natural remedies and tips for dealing with it, and many of them are even backed by research.

There are a number of good habits you can develop and turn to when you start feeling stressed out, rather than feeling like anxiety is taking over. 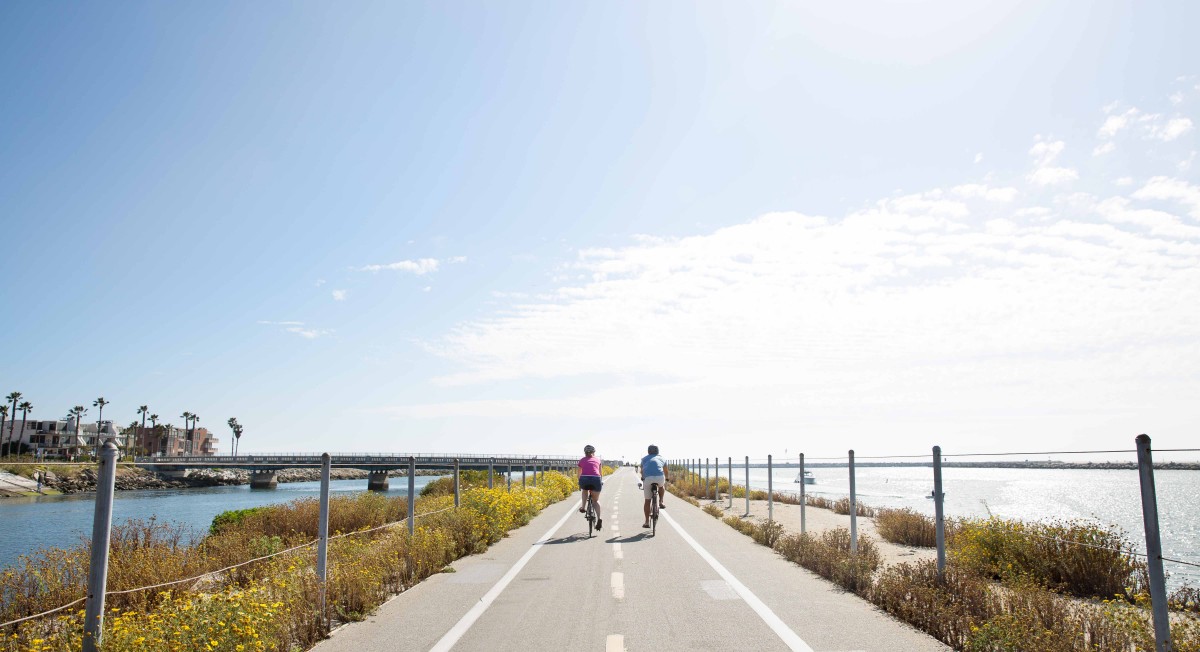 Sometimes chilling out can be as simple as stepping outside. Reveling in nature is one of the greatest reminders to stay in the moment, and it really helps put things in perspective when you feel like you’re about to have a meltdown.

The Japanese call this technique shinrin-yoku. Literally translated to “forest bathing,” it’s the idea that walking in the woods can improve your physical and mental health. In one study, scientists found that when subjects spent time in the forest (instead of the city), they experienced the following positive effects:

Going barefoot is even better. Seriously. There’s a little-known method called earthing, which involves making direct contact with the ground to absorb negative electrons through the skin to help heal what ails the body. If it sounds like pseudoscience, it’s not—studies have actually proven it can reduce stress and improve sleep—both crucial to keeping your sanity intact. According to the book, “Earthing: The Most Important Health Discovery Ever,” kicking off your shoes for 30 or 40 minutes a day can do the trick.

If the sun’s out, that’s another bonus—it facilitates your body’s vitamin D production, which can improve mood and even squash symptoms of clinical depression.

Turn up the heat

There’s another reason sunbathing brings on the good vibrations: the warmth. Hot temperatures bring a sense of ease by relaxing tight muscles and positively influencing neural circuits (networks of cells that carry messages to and from the brain) that control mood and other mental activities such as thinking and understanding. No wonder hanging out in a sauna or steam room—and even lounging by a crackling fireplace or campfire—feels so good. Here are some more ideas.

Take a bath with epsom salt

Slipping into a warm bath can definitely help calm you down, but add 1 to 2 cups epsom salt for the best results. Here’s why: Anxiety is often a symptom of a magnesium deficiency, and epsom salt can actually provide the body with good amounts of magnesium sulfate when absorbed through the skin.

Drinking a cup of tea is another way to warm up and calm down. Try one of these soothing blends for ultimate relaxation.

One of the easiest and healthiest ways to crush anxiety and depression from the inside out is to get into a regular exercise routine. Consistent physical activity produces feel-good endorphins and boosts immunity, both of which can diminish stress and anxiety. On a psychological level, working out is also great for easing emotional tension, building self-esteem and confidence, and providing a nice distraction from negative thoughts.

“The American Journal of Sports Medicine” recommends engaging in aerobic exercise for at least 21 minutes at a time for 10 weeks to see a difference in your ability to handle stress. If you need quicker relief, 60 minutes of cross training can work wonders, too. 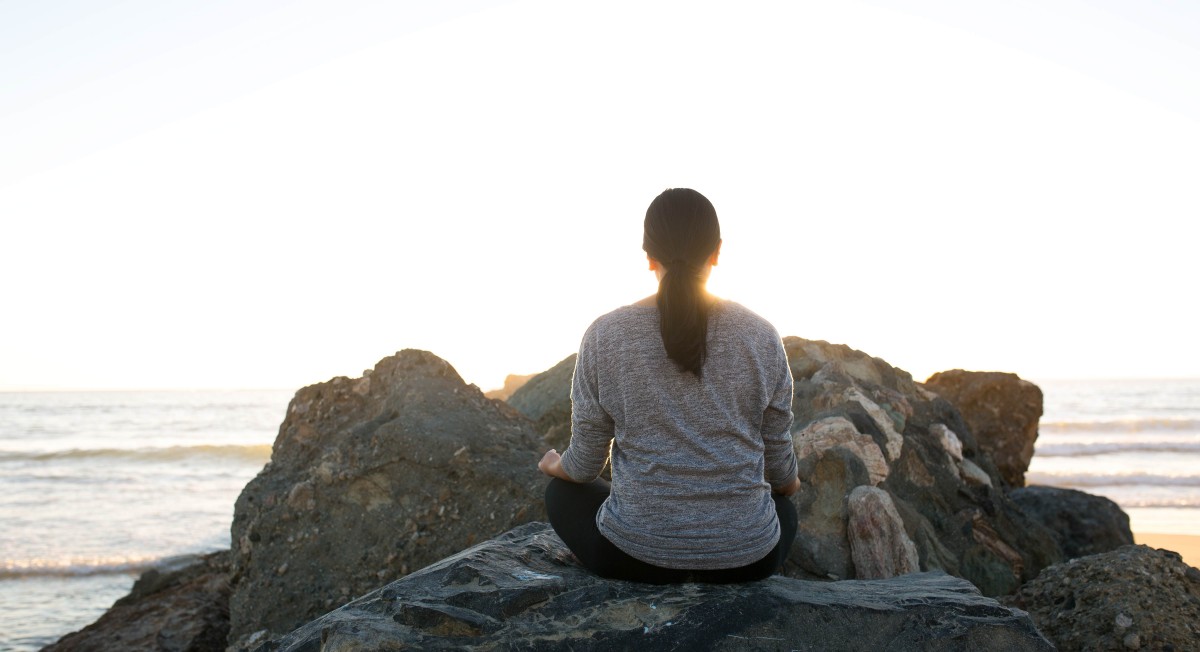 These two words have become synonymous with relaxation, and for good reason. Practicing yoga is known to have physiological effects on stress. It can lower cortisol and balance the nervous system. According to Harvard Medical School:

Research has found that long-term yoga practice can relieve anxiety symptoms. In a study published in the journal “BioPsychoSocial Medicine,” 24 women who experienced unexplained psychological distress took part in yoga sessions for the first time. After 12 weeks of training, they experienced significantly lower levels of anxiety, depression, anger, and fatigue.

Meditation is just as beneficial. Multiple studies have shown that the practice impacts neuroplasticity—or lasting changes to the brain—which could help you retrain the mind to deviate from anxious thoughts. A study from the University of Wisconsin found that meditation also elicits an increase of electrical activity in regions of the brain’s left frontal lobe—an area associated with optimism, the polar opposite of worry.

According to Dr. Elizabeth Hoge, a psychiatrist within the Center for Anxiety and Traumatic Stress Disorders at Massachusetts General Hospital, mindfulness meditation can also teach us to observe and accept thoughts for what they are—just thoughts, not reality, and not who we are at the core.

Breath work, also known as pranayama, is another key aspect of yoga and meditation that has been scientifically proven to improve awareness, perception, and reasoning—all promising ways to relieve anxiety.

Watch this video to try a meditation using  “buzzing bee breath,” which wellness coach and yoga teacher Jennifer Partridge says can quiet a restless mind and balance the right and left hemispheres of the brain. Even better, it just takes five minutes.

Another way to use pranayama to release yourself from anxiety: breath of fire. According to Partridge, when the breath becomes shallow as it can during a panic attack, you can re-oxygenate the body and brain with this form of power breathing from Kundalini yoga. Just inhale and exhale from the belly and through the nose, deeply and rapidly, for two to three minutes.

Anti-anxiety foods you can eat

Those Snickers commercials have it right—you’re not yourself when you’re hungry. If you’re feeling like you’re having a panic attack, you might just need to get your blood sugar back up. Grab a quick snack to see if it calms things down. But ditch the candy bar—stimulants like added sugar, caffeine, and alcohol may do the opposite and trigger anxiety.

Science also suggests that when your gut health is less than optimal, it can disrupt mental wellness—so avoid heavily processed foods that are difficult to digest, too. Instead, nosh on these healthy eats that have natural calming potential.

You’ve probably felt it before—your stomach churning when you’re wrought with worry. That gut-brain connection is real—and a joint study by the College of William & Mary and the University of Maryland proves it. Researchers found that eating fermented foods can crush social anxiety, thanks to the probiotics’ positive effect on gut bacteria. Here’s what you can eat to reap all the benefits:

Omega-3s are essential for heart health and brain function, and they can even help stabilize mood and boost energy by reducing “stress chemicals” like adrenaline and cortisol. In a study published in the journal “Brain, Behavior, and Immunity,” students who supplemented their diet with omega-3s over a 12-week period felt less pre-exam anxiety than the placebo group.

To get plenty of omega-3s, eat fatty fish, including:

Or try some vegetarian- and vegan-friendly sources:

The amino acid lysine has also been shown to lower levels of cortisol and lessen anxiety symptoms. Try adding in:

Complex carbohydrates can boost serotonin, which promotes happiness in the brain. Your best bet is to eat whole grains like:

As previously mentioned, stress can also be a sign of a magnesium deficiency. In addition to an epsom salt bath, get your fix of the mineral by eating more of these foods:

If you’re still feeling the debilitating effects of anxiety after changing your habits, you can turn to a few natural and herbal cures. (While the suggestions above are generally kid-friendly, the following herbs may not be the best options for children. Check with your pediatrician before trying any of the following remedies on your little one.)

When you step into a spa, chances are you’ll get a nice whiff of lavender, and for good reason. The scent is associated with serenity, and there’s even some science to back it up. Lavender essential oil has shown the ability to ease anxiety in dental patients as well as students about to take a test.

Try applying a dab of lavender oil onto your temples, or simply sniff it right out of the bottle.

Valerian is an herbal supplement (available in a capsule or as a tincture) that acts as a sedative—it’s commonly used in Europe and Asia as a sleep aid, and some believe it can help with anxiety. It’s best not to take it if you need to stay awake and alert, and definitely talk to your doctor before using since it may interact with certain medications.

You might have seen lemon balm in tea, capsules, or tinctures. No matter the form, one study showed that it could bring on a sense of calmness. It’s sometimes combined with Valerian for anti-anxiety effects. While it’s considered safe for short-term use, check with your doctor to see if it’s right for you.

Scientists believe that this plant extract can increase the levels of gamma aminobutyric acid (GABA) in the brain, making you feel more relaxed. If you can’t get a hold of passionflower tea, liquid extracts, or tinctures, try a GABA supplement.

You don’t have to surrender to anxiety or let it dictate every move. If none of these natural remedies work for you, be sure to check in with your doctor to see what else can be done to help. Anything to get you on your way to an incredible travel adventure (or a shiny new title at work) is well worth it.