One of the most popular buzzwords in nutrition right now is gluten. Seriously, when was the last time you went out to a meal with friends and someone didn’t utter it at least once? It not only crops up on menus and in social circles, but gluten is also a prevalent topic in news reports and magazine articles.

With more than 55 modern diseases linked to gluten, there is good reason why it’s such a hot topic of discussion in so many circles. Statistics suggest that up to 15% of the U.S. population (or 48 million Americans) are affected by gluten intolerance with many possibly having undiagnosed Celiac disease.

Yet, even with all the increased attention, there still remains a lot of unanswered questions: What is gluten exactly? What are the symptoms of gluten intolerance? And should we be worried?

It might help to start with a wide view of gluten itself. If you automatically picture bread, pasta, and beer when you hear the word, you are right. All are made from wheat, barley, and rye, which are the three main grains that carry the gluten protein. This protein is formed during the baking or fermenting process when molecules called gliadin and glutenin bond. Gliadin is a fundamental component that enables dough to rise, while glutenin’s high molecular mass gives dough its elasticity and strength.

During the baking process, the gliadin elements take over and allow the dough to begin to expand and emit carbon dioxide. The glutenin molecules are strong enough to help give the dough shape as it expands. As temperatures rise, the gluten begins to set and harden, giving shape to the many tasty treats and baked goods that so many people enjoy today.

The problem is that, with the advances in science and bioengineering, wheat now grows faster, taller, and stronger than it did only a generation ago. The hybridization has created new strains, which in turn has created new proteins. Unfortunately, some of our bodies have not quite figured out how to digest them yet, which can lead to an allergic (gluten intolerance) or even autoimmune response (Celiac disease) in sensitive digestive systems.

While many joke about food-induced naps and needing stretchy pants after a particularly heavy Italian meal, those bouts of gas pains, abdominal cramps, and bloating after eating can be more than a simple case of indigestion. Especially if it happens on more than just special occasions and is accompanied by headache, feelings of mental fatigue, and physical exhaustion. These are among the most common signs of gluten intolerance. Other symptoms can include:

Digestives issues: Diarrhea, gas, bloating, and constipation are the most typical symptoms.

Nausea and vomiting: The body is fighting against itself trying to digest foods that contain gluten.

Fatigue and headache: Many people who suffer from gluten intolerance are left feeling tired and foggy after meals because their body cannot properly process the nutrients it needs. In some cases, migraine headaches arise for the same reasons.

Joint pain and muscle cramps: Though it’s sometimes confused with arthritis, gluten sensitivity can trigger an immune reaction that causes pain and inflammation in the joints and muscles of the hands, knees, and hips.

Physical and hormonal imbalances: Unexplained dizziness, PMS, and infertility could be further signs of a problem with gluten.

Chronic fatigue or fibromyalgia: Oftentimes these are diagnosed when a doctor cannot find the direct source of the patient’s symptoms.

Skin rash or hives: In extreme cases of gluten intolerance or Celiac disease, dermatitis herpetiformis may appear on the skin. The rash can occur on many areas of the body and is itchy and burning in nature.

Whatever symptoms you are feeling, listen to your body. Negative reactions to food can be your body’s way of telling you that something is off, in much the same way that bruising, swelling, or pain indicates agitation or injury. The discomfort that so many people experience from food on a daily basis may very well be a clue as to what’s really going on in your digestive tract.

The simplest way to alleviate allergic reactions to gluten is to completely remove it from your diet. You’ll want to avoid a number of foods that are known to be gluten-rich, including:

Some other foods are less readily distinguishable as having wheat, barley, or rye ingredients, but still need to be avoided. Oftentimes, these items are prepared in an environment that also processes other products containing gluten, and cross-contamination can occur. Some of the common culprits include:

Your best bet is to always check the label on your food for any inclusions of wheat, rye, flour, and oats. Many food producers now also include certified gluten-free labels on packaging to make selection even more intuitive.

If you suspect gluten is a problem, your doctor will probably want to try and rule out Celiac disease first. Celiac disease is medically distinguishable from gluten intolerance; it is a serious autoimmune disorder which results in the body forming antibodies to gluten that, in turn, begin to damage the intestinal lining. Nearly 3 million people in the U.S. alone are affected by it.

“The prevalence of undiagnosed [Celiac Disease] seems to have increased dramatically in the United States during the last 50 years.” – GastroJournal.ORG

To confirm a diagnosis of Celiac disease, your doctor will perform a blood test and possible biopsy of the small intestine. If Celiac is ruled out, you still could have a gluten sensitivity. While there is no direct cure for either case, a gluten-free diet is the best treatment and the quickest remedy to alleviate symptoms. However, experts warn against starting a gluten-free diet without checking with your doctor first. Doing so could lead to missed opportunities for nutrients or pack your diet with foods that you might be allergic to instead.

The bad news is that wheat, barley, and rye are quite prevalent, even in healthy diets. The good news is that there are lots of other delicious substitutions you can readily find and stock up on for your home. Many restaurants, too, offer gluten-free alternatives and full gluten-free menus. But, adhering to a gluten-free diet does take a bit of preparation and leg work to both start and maintain. Here are some tips that will make your journey easier:

Make a list. Jot down the most popular foods containing gluten (see the list above), and create a second list with viable options you can eat so you can make grocery shopping less confusing. Some foods that are naturally gluten-free are:

Study food labels. Many times, gluten can be found hidden in code words on food labels. Some of these include:

While this list is not comprehensive, it goes to show how many foods out there may be wreaking havoc on people with gluten intolerances and Celiac disease.

Meet with a nutritionist. Nutritionists can provide valuable information as you start your gluten-free diet. They’re specialized in providing you with comprehensive and wholesome meal plans that have the essential nutrients you need to eat regularly.

Find a friend or group. A benefit of all the added buzz around gluten is the fact that so many people are paying closer attention to what they eat. Because of that, it’s easier than ever to find a group to share recipes, ideas, and healthy living tips.

Experiment in the kitchen. This is where it gets fun. Buy some gluten-free cookbooks and research gluten-free recipes online and start experimenting! Then, host a gluten-free dinner party for friends with special desserts and drinks everyone can enjoy. 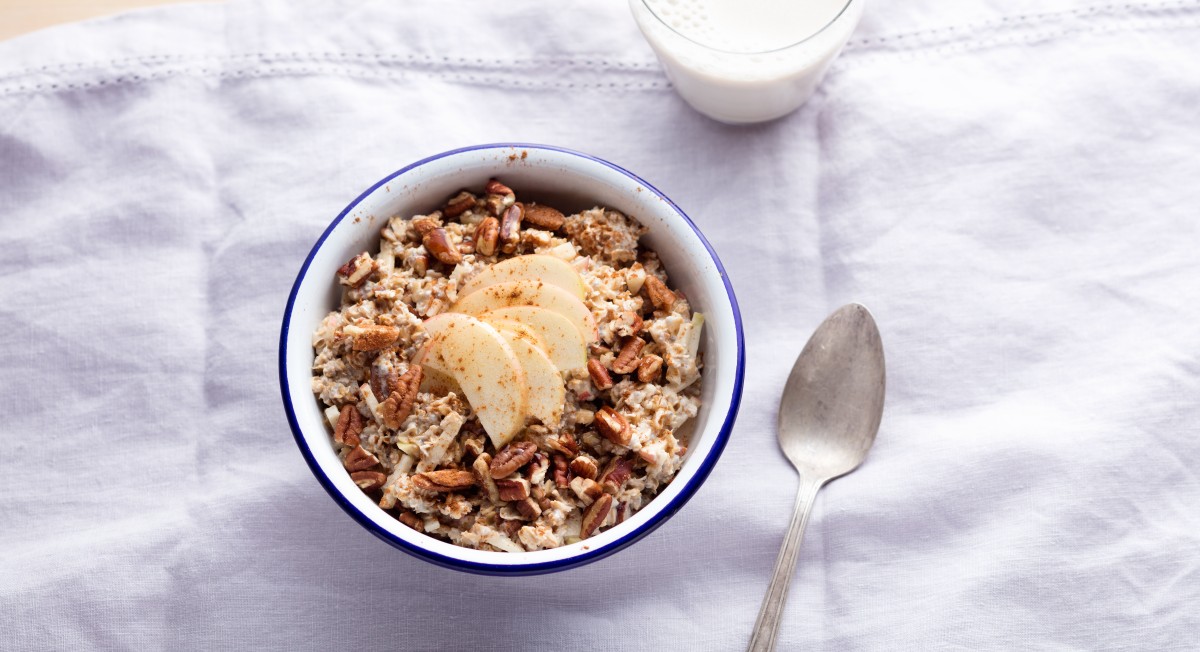 Eating gluten-free doesn’t have to mean boring or difficult, not with simple and delicious recipes like these.

Pears, cacao powder, almond milk, and chia seeds add up to a great start to the morning.

Seriously, we weren’t kidding when we said these recipes are awesome. Olive oil and butter burgers doused in a creamy mustard sauce will be the envy of your lunch mates.

A rich marinade made with tahini, cinnamon, lemons, and sesame seeds is a delicious compliment to standard roasted chicken.

Becoming gluten-free may sound imposing at first, but the availability of information, along with research, medical data, and healthier recipes takes the stress out of eating healthier.