No protein has gotten more attention in recent years than gluten. Gluten, a protein? Yep. Though we don’t typically think of this starchy substance found in chewy sourdough bread, fluffy chocolate chip cookies, and crispy crackers as a protein, gluten is just that.

Gluten hasn’t been front and center in health-conscious circles and medical journals for its role in bread-making (though that’s pretty impressive, too). Instead, it’s in the spotlight for it’s tendency to cause adverse reactions and medical maladies, particularly in people with celiac disease and gluten sensitivity.

As these disorders become increasingly common, gluten has been more and more maligned as a nutritional bad guy. But what really is so bad about gluten? And why does it behave so differently from other proteins? We’re laying it all out for you—and sharing some tips for how to avoid this pesky protein and keep your groceries gluten-free.

Gluten is a protein that naturally occurs in many grains, such as wheat, rye, and barley. Gluten actually occurs when two molecules—glutenin and gliadin—form a bond. 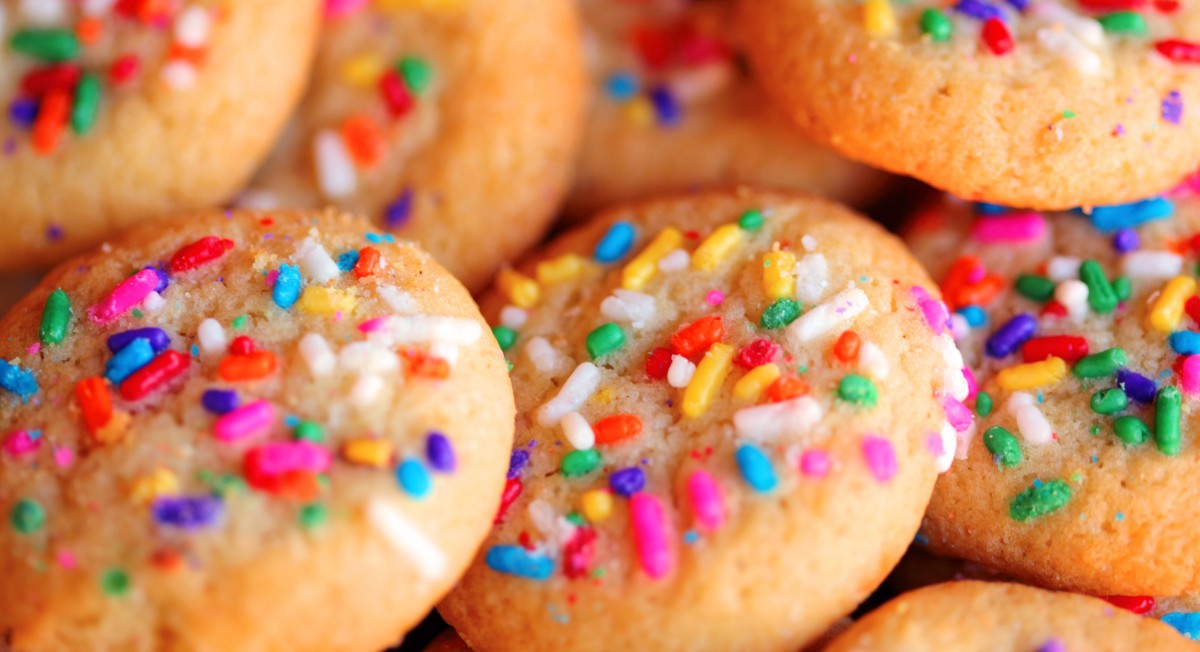 What does gluten do?

Though gluten is found in many grains and foods, it plays its most important role in baking. It all starts when you combine flour with wet ingredients to form a dough.

When you add water to dough, glutenin and gliadin combine and form gluten. When you knead that dough, the protein forms a strong, stringy structure and turns into an elastic membrane. The longer you knead dough, the stronger the gluten proteins become, and the more structure you give to whichever baked good you’re making.

When bakers allow dough to rest before baking, they’re giving the gluten another opportunity to go to work. The starch within the dough starts to break down into sugars, and the yeast that’s added to many bread doughs feasts on those sugars. The yeast then releases carbon dioxide, which the gluten traps into air pockets. This is how dough rises. When the dough is baked, the pockets of carbon dioxide add volume to the loaf of bread. Gluten also absorbs and retains water—that’s the reason cakes come out fluffy and moist instead of powdery and crumbly.

When you bake dough containing gluten, the gluten sets—the stretchy protein is no longer elastic, and it’ll hold its shape. This determines the size and shape of the bread, cake, or other finished baked good.

Gluten doesn’t have a particular flavor or scent. If you were to eat gluten on its own, it would taste chalky and somewhat stringy. 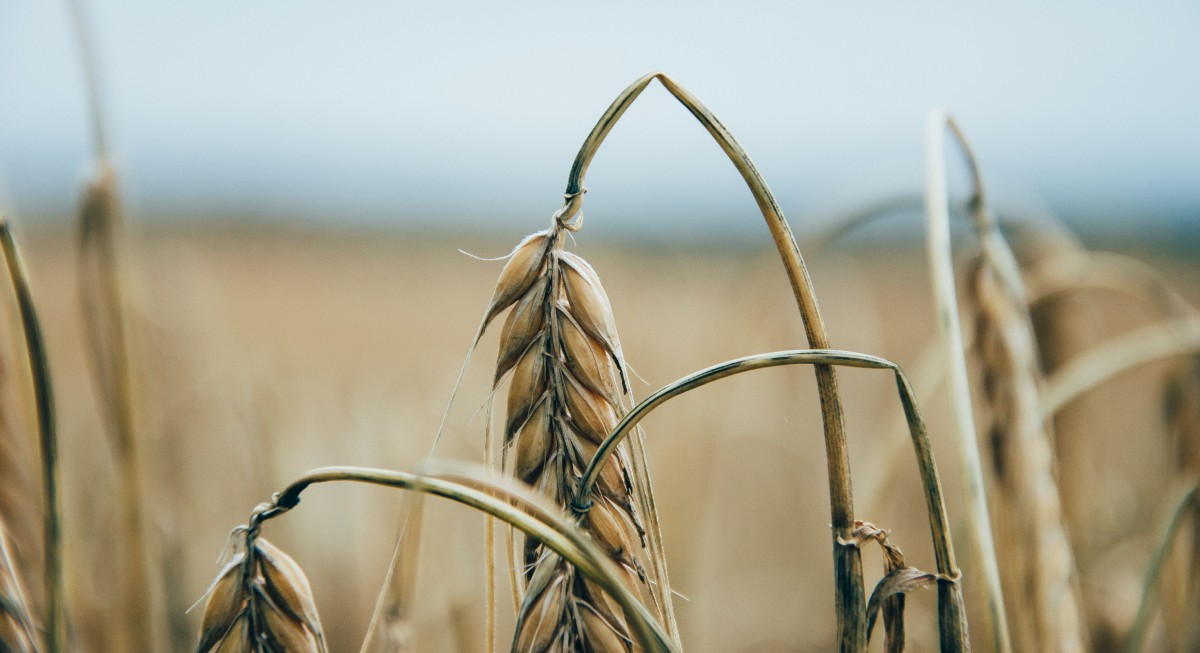 Gluten is found in an incredible number of foods and several of the most popular grains, including wheat. First take a look at all of the grains that contain gluten.

Okay, so if you can’t eat gluten, breads and many whole grains are certainly off limits. But you might be surprised at just how many foods gluten is hiding in. Many sources of gluten (particularly flour) make an inexpensive filler, which then finds its way into processed foods including pie fillings, sauces, and condiments. Many restaurants add flour to unexpected dishes, too—for instance, many diners add pancake batter to their scrambled eggs to make them fluffier. If you’re not sure whether a food contains gluten, carefully check the ingredients list for wheat or other ingredients that you know contain gluten. If you’re eating out, ask the server to check with the chef.

Take a look at this list to get an idea of the wide range of the foods that might contain gluten; and remember, it’s by no means exhaustive.

Then there are non-food sources of gluten. Wheat starch is sometimes used as a filler, exterior coating, binder, or absorbent in medications. Because it’s so common in so many products—and manufacturing plants—gluten can also contaminate other naturally gluten-free items.

There’s one more major thing to watch out for: cross-contamination, which happens in both restaurants or home kitchens. Since even the smallest amount of gluten can harm people with celiac disease, be careful not to cook gluten-free foods on the same surface as foods containing wheat or other sources of gluten. Toasters, ovens, pans, and cooking utensils could all cross-contaminate gluten-free food.

In addition, gluten can become airborne—especially when cooks are working with flour. That’s why bakeries and pizzerias have to be extra careful to avoid cross-contamination.

Why is gluten bad?

Gluten isn’t necessarily bad—not for everyone, at least. For most people, whole grains and other foods containing gluten are a great source of fiber and essential nutrients. For a percentage of the population, however, celiac disease and gluten sensitivity make this protein impossible to eat. Here’s what you need to know about both.

About 1 percent of the American population (or 1 in 133 people) suffers from celiac disease—that’s about three million people. Though the likelihood of developing this digestive and autoimmune disorder is relatively low, the symptoms can be severe and even debilitating.

Specifically, the antibodies damage the villi, tiny finger-like structures in the small intestine that help the body absorb nutrients. When the villi can’t do their job, the body can’t absorb nutrients, and it becomes malnourished.

The symptoms of celiac disease vary from person to person, but can include:

To make matters worse, celiac disease also often comes with a host of other diseases and health problems including:

In addition, people with other autoimmune disorders might be more susceptible to celiac disease. Researchers have found that people with the following diseases have a higher risk of developing celiac:

Celiac may also be genetic. If you have a relative who’s been diagnosed, you could be more likely to develop it.

If you think you might have celiac disease, your doctor will perform a series of tests. A blood test will measure how many antibodies your body is producing and help your doctor determine two things: one, whether your immune system is trying to fight off gluten, and two, whether you’re deficient in any major nutrient. The latter often indicates you’ve been living with undiagnosed celiac disease. Your doctor may also want to perform a biopsy of your intestine to examine the villi for damage.

The only way to treat celiac is to follow a gluten-free diet; it takes about six months for the intestinal villi to heal themselves in most patients. Others with severe damage to their intestines may also need nutritional supplements prescribed by a doctor.

As many as 97 percent of people with celiac disease remain undiagnosed. Of people who have been diagnosed, the average person waited six to 10 years to get that correct diagnosis.

“Only 1 in every 5 people with celiac disease will be diagnosed—the remaining four will elude diagnosis, so we’re not doing a very good job of detecting it.” —Dr. Joseph A. Murray of Mayo Clinic

Celiac patients also face higher medical costs than the average healthy person—over a four-year period, someone with the disease will have to spend $3,964 more on medical care.

In an innate immune response, the immune system mounts a generic defense against what it has identified as a threat. It doesn’t produce any specific antibodies, or remember what it was fighting next time the same threat appears. In an adaptive immune response, the immune system adapts its defense to fit the specific pathogen it’s fighting. That means that the body produces antibodies specifically geared toward the threat, and remembers this defense for next time. This explains why people with gluten sensitivity don’t test positive for the antibodies that people with celiac disease have in their blood.

Other than that, scientists don’t know very much about why gluten sensitivity occurs. Interestingly, patients with gluten sensitivity may also experience more psychological symptoms than patients with celiac disease, including depression and mental slowness. Though researchers don’t yet know why this happens, they hypothesize that gluten either inhibits the body’s production of serotonin (the neurotransmitter that communicates happiness to the brain) or disrupts the healthy bacteria in the gut.

How to avoid gluten

Switching to a gluten-free diet can seem overwhelming, especially if you’re used to toast for breakfast, a sandwich for lunch, and spaghetti for dinner. But with a little meal planning, careful shopping, and research, you can be well on your way to a healthy gluten-free lifestyle. Just follow these simple tips to get started.

Shop for the right foods

Follow a healthy diet full of fresh fruits and vegetables and unprocessed protein sources—things that don’t naturally contain gluten. This will automatically help limit your exposure to the offending protein, and keep you in good health overall.

Luckily, there are plenty of gluten-free products on the market now—more than 2,000 different foods, according to the University of Chicago. Shop for gluten-free whole grains (quinoa, amaranth, brown rice, etc.), beans, lentils, and legumes, nuts and seeds, and foods bearing the “gluten-free” label. You can find a gluten-free version of almost anything on Thrive Market: from rolled oats, to cereal, to pasta, to condiments and sauces, we’ve got it all.

Be especially careful at restaurants

No matter where you dine out, check with your server before you sit down to see if they have gluten-free options or dishes that can be made gluten-free. Even if you think you should be fine with a simple salad, ask—especially if you have celiac disease. Though your dish might not contain gluten, the chef should know to prepare it away from other dishes that do. The kitchen will also be aware of which sauces and toppings contain gluten.

If a restaurant can’t guarantee any of their foods are safe for a gluten-free diet, don’t eat there. It’s just not worth the risk.

Check with your pharmacist about medications

Head to your local pharmacy to double-check that none of the prescriptions, over-the-counter medications, or vitamins you take contain gluten. Even if you think you’re in the clear, it’s better to be safe than sorry.