At one point in our global history, spices were among the most valuable resources on the planet.

Exotic flavors like turmeric, ginger, and pepper were highly sought after and became competitive sources of commerce in Asia, Africa, and Europe. The discovery of cinnamon, in particular, was kept a secret for decades in an attempt to protect the fortune that came with its trade. Travelers in search of it (including Christopher Columbus) were told about the dangers of venomous snakes that hid near cinnamon trees and even wilder tales of mythical Cinnamologus birds that kept careful watch from high perches on cliffs.

Not only was cinnamon used as a way to flavor and preserve foods, but, as many early civilizations discovered, it also had medicinal properties that made it as good as gold. Today, cinnamon continues to show increasing health benefits, and thankfully, it’s also more attainable and affordable than ever, making it both a kitchen staple and powerful remedy.

Cinnamon is a natural antioxidant, which means it can help fight the free radicals that are known to destroy healthy cells in the body. Yet, modern research has shown there is hope with cinnamon, which greatly helps battle cellular breakdown.

Research has shown that nitric oxide is one of the main culprits in the development of inflammatory disease, which can cause chronic pain in muscles and joints.  According to studies from the U.S. National Library of Medicine, cinnamon may help inhibit the production of nitric oxide and other related toxins.

Another benefit of regularly adding cinnamon and other spices to your diet is may be the ability to improve the overall health of your heart. Recent medical testing has shown that regular consumption of cinnamon led to an increase in coronary blood flow and decrease in vascular resistance and “bad” cholesterol.

The brain power of cinnamon

Scientists at UC Santa Barbara made national headlines a few years ago when they discovered the surprising link between cinnamon and Alzheimer’s disease. Cinnamaldehyde and epicatechin—the two compounds that make up the spice—were shown to help prevent the development and progression of the memory disorder. Much in the way that antioxidants prevent the breakdown of cells, cinnamaldehyde helps to “untangle” the clusters found in brain cells characteristic of Alzheimer’s.

In other related research, cinnamon was also proven to improve motor functions in mice, and stop the loss of Parkin and DJ-1 proteins, both of which may be giant breakthroughs in Parkinson’s disease research. According to Kalipada Pahan, PhD, lead researcher and professor of neurology at Rush University Medical Center, “This could potentially be one of the safest approaches to halt disease progression in Parkinson’s patients.”

While there are a a couple of types of cinnamon, what matters most is the freshness of the cinnamon, which will allow you to receive its most potent potential. Be sure to check the date on that bottle that’s been sitting in your pantry!

Getting more cinnamon in your daily diet

With the beneficial role of cinnamon so prevalent in health circles, people are now clamoring to find inventive ways to spice up regular diets. And it’s easier than it sounds. One of the great things about cinnamon is that a little goes a long way, especially when added to these common drinks and food:

Cinnamon sticks are also great to keep handy and can be used to stir in drinks and get freshly ground spices. A sprinkle or pinch here and there is the best way to make sure you are receiving the daily recommended amounts. 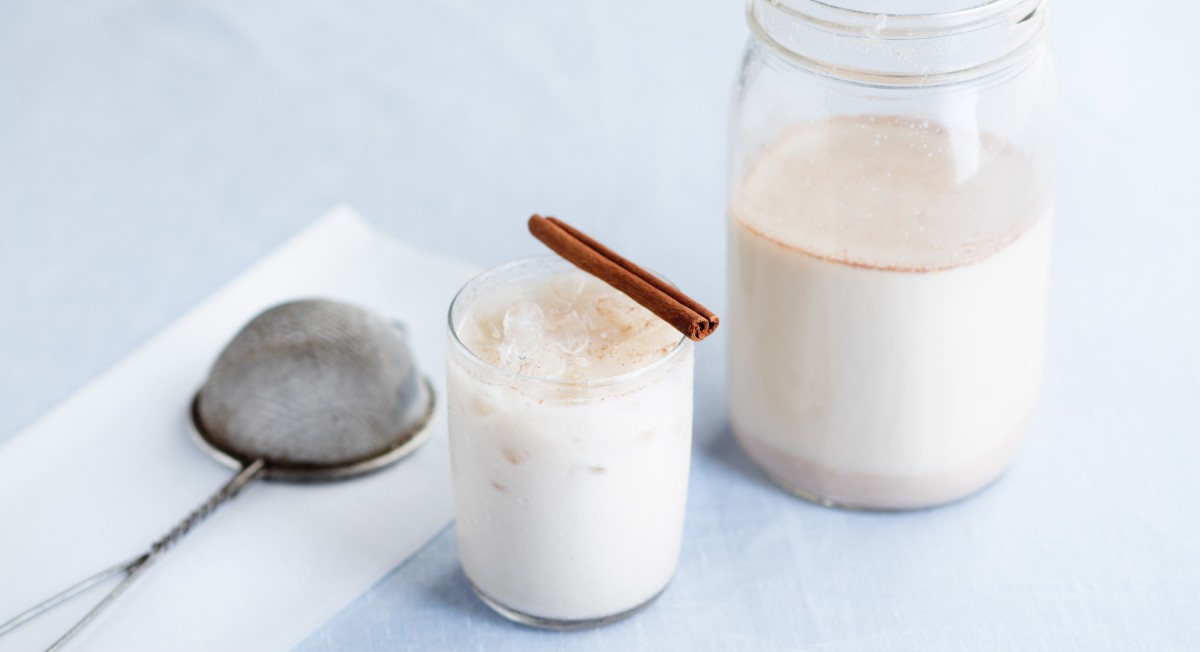 Whether the recipe calls for cinnamon or would benefit from a dusting on top, try any of these tasty options the next time you’re looking to whip up something quick and new in the kitchen.

What better way to start the day than with a super healthy and fresh breakfast treat? Soak rolled oats overnight in apple juice and then combine with Greek yogurt, chopped pecans, and a few other favorites for an awesome protein-packed meal.

Whereas Mexican horchata uses rice for this tasty drink, the Spanish version relies on tigernuts that are similar in taste to coconuts. Add some cinnamon spice, sea salt, and honey, and soak overnight for a creamy and delicious Paleo-friendly drink.

These pancakes are the perfect dish for lazy Sunday breakfasts with the family. Vegan, vegetarian, and gluten-free, the flapjacks contain almond milk, quinoa flour, and spices including pumpkin and cinnamon for a festive treat you can enjoy year-round, too.

No matter what Mom told you as a child, eating ice cream for breakfast can actually be good for you. This recipe whips up frozen bananas, almond milk, and cinnamon for instant soft serve that will rev up your morning.

A great combination of healthy fats, antioxidants, and caffeine, this matcha latte is the perfect way to start your day and build momentum for a more productive morning. Add the finishing touch with a sprinkle of cinnamon or a stick for garnish.

Save time on brewing fresh coffee every morning, and instead have a batch ready to take with you on the go. Pro Tip: Add some ground organic cinnamon to the coffee grounds before brewing for added flavor and antioxidant benefits. Dilute with water or almond milk to taste, and save the remaining stock in the fridge for up to two weeks.

Who can resist the smell of cinnamon rolls? Stock up on some gluten-free mix and look forward to a delightful treat any time of the day (or night).

Put cinnamon to the test

For thousands of years, people have talked about the mysterious health benefits of cinnamon, and more recently, medical research has begun to legitimize the claims. With all the positives we already know, and those yet to be discovered, only good can come from adding more cinnamon into your daily diet.