From stopping hair loss to curing toothaches, relieving bladder infections, even stopping a smoking habit, so many at-home remedies have long involved honey.

While grandmothers the world over have been on to the benefits of the sweet nectar for some time, science is now catching up. Growing evidence of honey’s medicinal properties has created even more buzz lately, particularly around the effects of raw honey.

Just this summer, 28-year-old Kayla Rodriguez launched SweetBio in Seattle. The biotech startup aims to use honey to heal the body, focusing on the antibacterial and wound-healing attributes of Manuka honey from New Zealand. SweetBio manufactures dental strips that can be used to help patients heal after oral surgery. Though it’s not approved by the FDA yet, Medihoney is, which is the first-ever honey-based product to be used in clinical settings to treat wounds, burns, and diabetic ulcers.

Yet, these are just two of the modern-day applications of using raw honey as medicine, a practice that goes back to the early days of humankind. Thought to be a sacred offering for the afterlife, ancient honey was recently found in Egypt buried in the tomb of King Tut; the oldest jar of honey on record (dating back 5,500 years) was also recently discovered in the country of Georgia. Both are incredibly well preserved and are still edible!

Honey has an “eternal shelf life” thanks to a combination of a lack of water, high acidity, and the presence of hydrogen peroxide, which gives further credence to its very special powers.

Where does honey come from?

Honey of course starts with honey bees. These hard-working insects travel great distances to collect nectar from flowers, using their tongues to lap it up and then bring it back to the beehive where up to 80,000 worker bees, drone bees, and the queen bee live together in a complex community. Here, worker bees regurgitate and reingest the nectar multiple times, breaking it down into a watery, sugary substance that is then placed into the combs of the hive. Through constant flapping of their wings, a natural evaporation takes place to remove excess water and form the thick liquid known as honey.

Though bees use the honey for themselves, as an energy supply and to heat the hive during wintertime, they create more than the colony needs (about 80 pounds of excess is created per hive each year). The rest is harvested by beekeepers who remove the wax caps, created by the bees as a leakproof seal, and then place the structure into an extractor machine to draw honey out of each comb. The mixture is strained to remove any leftover particles and then bottled and sold commercially. There are more than 300 varieties in the U.S. alone since different types of flowers and nectar can affect the taste of honey. 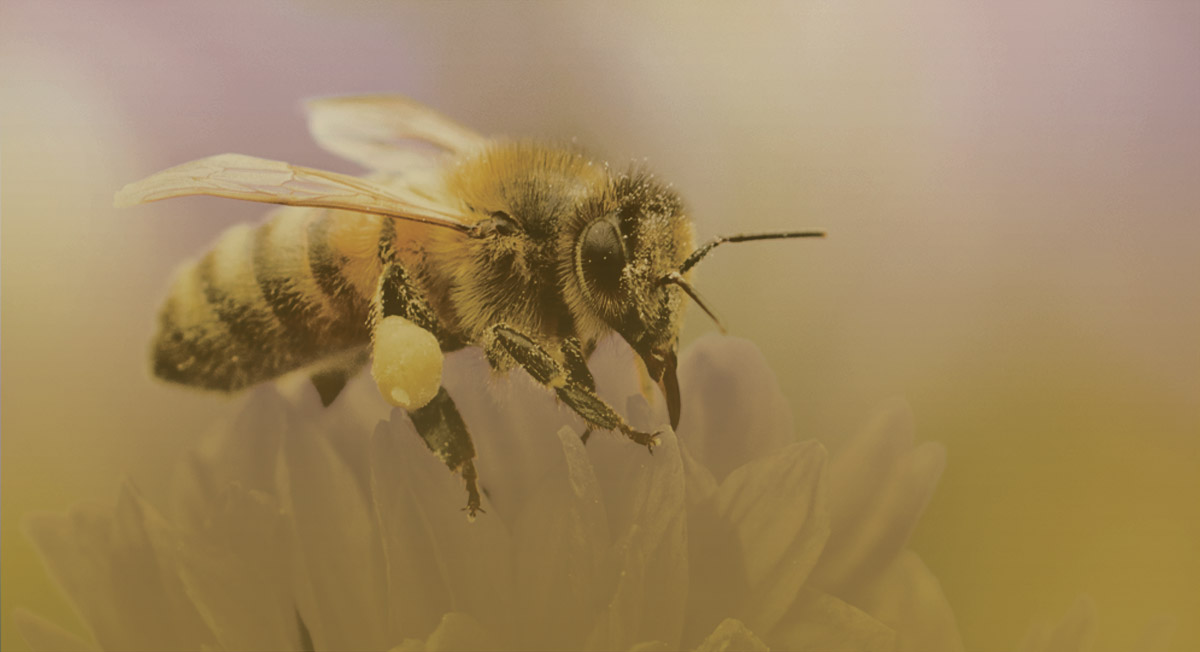 Honey bees also have another important job, which is called pollination, or the fertilization of a flowering plant. According to the National Honey Board, “Honey bees are responsible for pollinating a variety of fruits, vegetables, legumes, and nuts such as almonds. In fact, about one-third of the human diet is derived from insect-pollinated plants, and honey bees are responsible for 80 percent of this pollination.” According to a study by Cornell University, the yield of agricultural crops that are derived from honey bee pollination is estimated to be valued at nearly $15 billion per year.

Which is why the much-discussed honey bee shortage is so alarming. In 2015 alone, beekeepers lost 42 percent of their colonies, according to the New York Magazine, due to various factors, which many believe to be related to global warming and the use of pesticides. Even the White House is discussing ways to combat the decline, since “one out of every three mouthfuls of food you eat” is the direct result of honey bees and pollination. That, of course, and all the amazing health benefits that would be lost without honey.

Raw honey generally refers to a kind of honey that has never been filtered or heated before reaching the market. As such, it has a different consistency and can contain honey crystals, pollen, and other natural elements used in the natural production process. This all safe to eat, and in fact is where the greatest concentration of minerals, vitamins, and enzymes lives. Raw honey is loaded with zinc, potassium, iron, calcium, vitamin B6, niacin, riboflavin, thiamin, and magnesium, all of which provide a number of health benefits, according to this study by the Tabriz University of Medical Sciences.

Raw honey contains a number of antimicrobial properties, which are useful in fighting off infections. Honey has been seen as effective in combatting not only the common cold but also more serious issues like listeria, salmonella, and staph infections. Some data suggests it can be a tool in eradicating antibiotic-resistant strains of MRSA.

The antimicrobial properties also make raw honey a proven strategy for healing wounds. According to the above cited study, “The Russians used honey in World War I to prevent wound infection and to accelerate wound healing, [and] the Germans combined cod liver oil and honey to treat ulcers, burns, fistulas and boils.”

Any number of open sores can be treated with honey therapy. When applied to dressings, honey helps the healing process by clearing infections, stimulating tissue regeneration, and reducing inflammation. Much of this is due to the fact that honey produces natural hydrogen peroxide.

Ingestion of raw honey may clear up diarrhea and prevent gastroenteritis and ulcers, two painful and potentially dangerous conditions. In addition, raw honey contains natural bacteria that is beneficial for digestive health and has potassium and water for rehydrating the mucosal walls in the digestive tract. Add to that the fact that honey is a natural prebiotic that helps to stimulate the growth of good bacteria in the gut and you have a proven line of defense for the stomach.

Raw honey is a natural immunomodulator, which means it modifies the response of the immune system when it falsely reacts. As such, honey has been seen to be just as effective as a corticosteroid in reducing the effects of eczema, psoriasis, and even colitis.

In cases of vertigo, fatigue, and dehydration, raw honey has been effective at eliminating the side effects since it provides a natural source of carbohydrates and calories in its fructose-dextrose makeup. This is also effective for athletes looking for a way to increase stamina when partaking in a physical activity.

One important note:
Though honey is effective and safe for children, it should never be given to small infants under 12 months of age for possible risk of developing botulism in their developing immune systems. 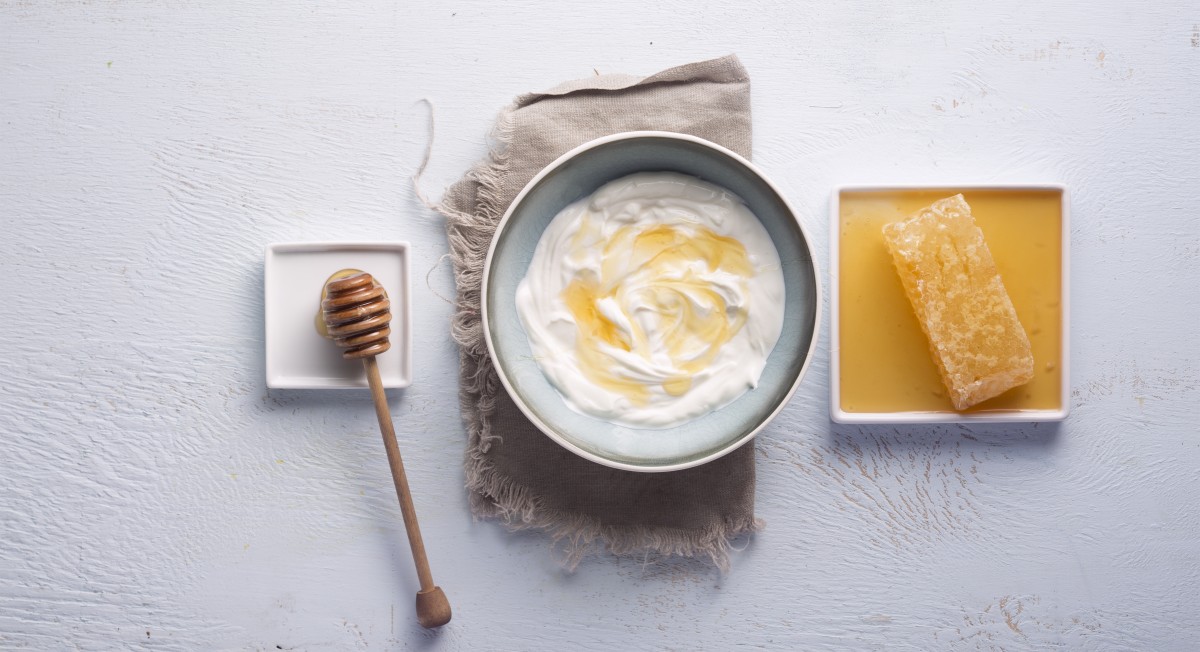 Because it has natural antibacterial and antioxidant properties and is also anti-inflammatory, honey is a great addition to any skincare regimen. Here are three ways to use it as a cleanser, moisturizer, and exfoliant.

To cleanse: Honey-jojoba face wash
Rather than stripping oils from the skin, which dries it out, a mixture of raw honey and jojoba oil can benefit most skin types, including acne-prone skin. Take a small, quarter-sized amount of honey, add in a few drops of oil, and massage onto the face. Leave on for up to 10 minutes and then rinse.

To moisturize: Turmeric mask
If you want that radiant dewy glow, combine a few drops of raw honey with a teaspoon of turmeric and 3 tablespoons of yogurt. The triple combo offers tons of antioxidants, lactic acid, zinc, and enzymes that can produce sheer radiance. Leave the mask on for 20 minutes and rinse.

To exfoliate: Jasmine tea body scrub
Make your own spa treatment with just four ingredients. Dried jasmine tea leaves are not only a great aromatherapy tool, but when mixed with white sugar, it acts as a natural exfoliant. Honey and grapeseed oil then soothe the skin. The quantities will produce enough stock to last you for three weeks!

What wouldn’t honey taste great on? Besides just pouring into tea or on top of oatmeal, here are some other creative ways to use this sweet nectar.

No corn syrup or refined sugars here! Instead these kid-inspired treats use natural honey, vanilla extract, and cinnamon to do the trick. When warmed up together, they provide a sticky coating for the popcorn and almonds. In just 10 minutes, you’ll yield 24 treats that last for up to a week.

Skip the trip to the bakery and make your own tasty loaves at home. This easy recipe takes just 30 minutes and will smell just as good as it tastes, using a combo of honey, sprouted white wheat flour, active yeast, olive oil, heavy cream, and milk.

Even fish tastes good with a honey mustard glaze, made by combining mustard with some natural honey. Combine with a plate of beets, fennel, and onions for a hearty meal.

Of course, honey tastes great as a sweetener in desserts and beverages. Try it with:

As honey proves, just because something tastes good doesn’t mean it’s always bad for you. All you need is a tablespoon a day of this sweet nectar to reap all the impressive benefits.