Bottled in a cute plastic bear, traditional amber honey may look like liquid gold. But like some of the finer things in life—sashimi, ceviche, carpaccio—it’s actually best served raw.

The truth is, conventional honeys are heated and ultra-filtered in order to achieve that desirable amber-golden hue. What a shame, since there’s so much more to honey than most people even realize. Raw honey is a “functional food,” meaning it’s a natural food that also happens to provide unexpected health benefits beyond basic nutrition.

A 2011 report published in Food Safety News found that over 75 percent of honey sold at supermarkets like Safeway, Kroger, Walmart, and Costco contained no trace of pollen. While that may seem like a good thing, you’re actually missing out on a lot that makes honey, well … honey. In the past, high-fructose corn syrup has even been detected in some commercially sold versions, according to the same report.

What’s the foolproof way to make sure you’re getting the real deal, pure stuff? Choose organic, unfiltered raw honey. Sure, it’s one of the sweetest foods on earth—but it can boost your overall health and beauty routine in tons of surprising ways. 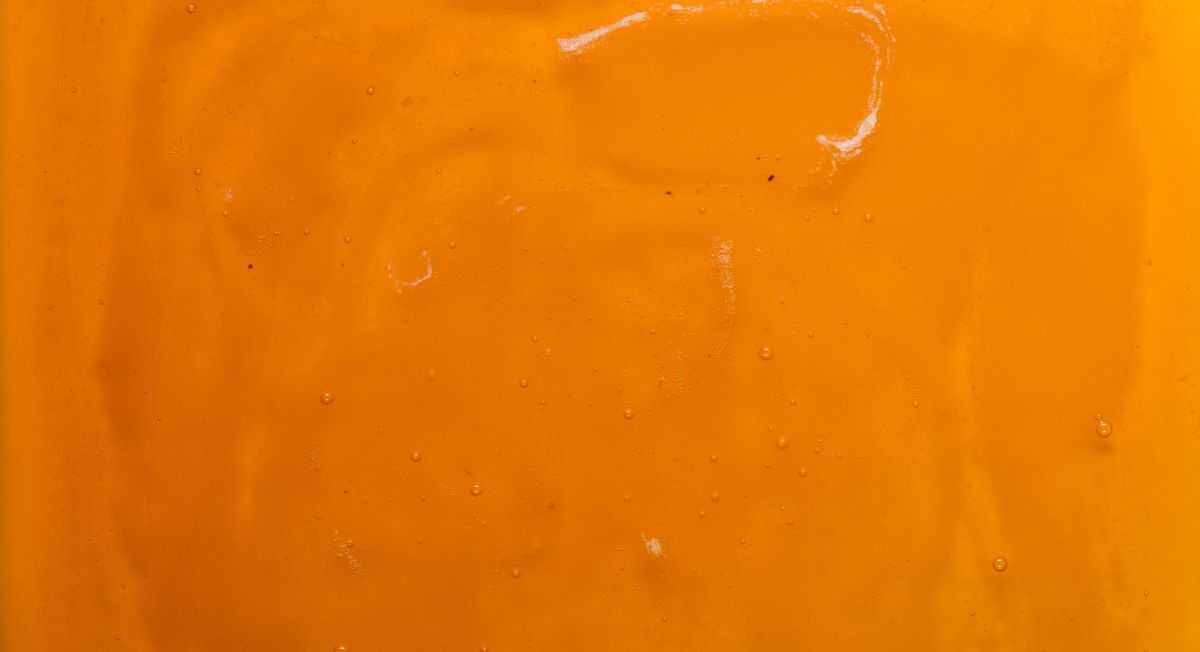 What is raw honey?

Raw honey is the purest form of the sweet liquid that honeybees produce from the nectar of flowers. It’s collected from the source—beehives—and there’s no heating, pasteurization, or excessive processing, so the honey retains all of its natural goodness. Organic honey is also free of pesticides or other environmental pollutants.

While labeling honey as “raw” may not be strictly regulated by agencies like the USDA (just like the terms “natural” and “all-natural”), just looking at the product itself can say a lot about its purity. Raw honey is typically cloudy or milky, and tiny particles and flecks of bee pollen and other beneficial substances are visible.

On the flip side, many regular commercial honeys appear more clear since they’ve been heated and pasteurized for easy filtering and bottling. (Over time, consumers have been conditioned to prefer its “cleaner” look.) Heating can slow the crystallization process—a boon to prevent honey from hardening and becoming difficult to handle. But in that process, yeast and enzymes, which activate vitamins and minerals in the body, are compromised.

Not to mention, the taste totally changes! Heat processing can make honey darken more quickly and lose its delicate aroma and flavor.

Heat may also deplete honey of some of its key nutritional contents, including antioxidants and enzymes, some of which come directly from the seemingly unappealing “debris.” When those particles of bee pollen get sifted out, so do its proteins, amino acids, and vitamins. As unusual as it seems, you want that stuff in there. Bee pollen has the potential to:

The other key component of raw honey is propolis, a resin-like substance that gets transferred by bees from trees to beehives. It has antibiotic and antiseptic properties as well, which have been harnessed since 350 B.C.

But it doesn’t stop at bee pollen and propolis. Other beneficial substances in raw honey include:

Clearly we haven’t given enough serious thought to our honey habit and the fact that it can actually feed our bodies with a lot of awesome stuff besides just sugar. It almost sounds way too good to be true, but raw honey is pretty healthy. 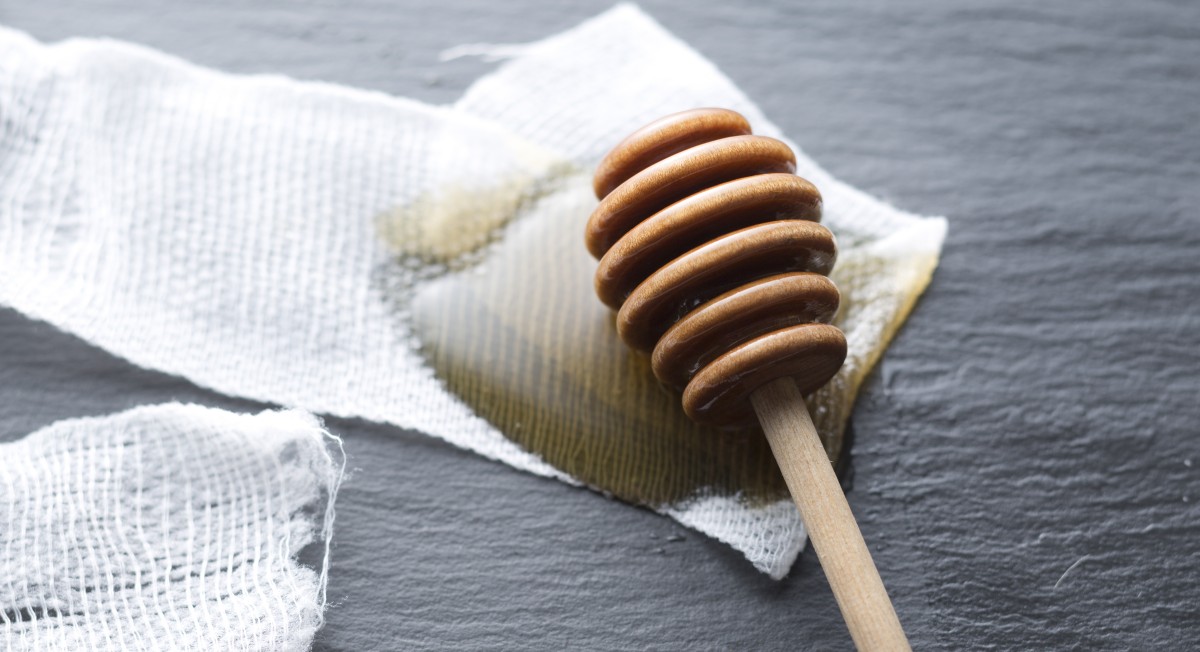 Whether ingested or used topically, raw honey does a body good. Studies have shown that honey exhibits potential for cancer prevention and treatment. If that doesn’t speak to its potent healing powers, then what will? If you need more convincing, here are few more ways honey can be beneficial to overall health.

According to the World Health Organization, honey works just as well as dextromethorphan (DM), the active cough suppressant in many over-the-counter cold medications. Try a natural cough syrup in lieu of store bought medicine:

Some members of the natural health community also believe that locally sourced raw honey may help combat seasonal allergies, but the research is limited.

Before there was penicillin, there was honey. “Honey was used to treat infected wounds as long ago as 2000 years before bacteria were discovered to be the cause of infection,” wrote Peter Charles Molan in the electronic journal World Wide Wounds. He also states that honey has been found to inhibit around 60 species of bacteria. Since there is a growing global issue of antibiotic-resistant microbes, the therapeutic properties of honey are being more closely explored in recent years.

As an antibacterial, ingesting honey can help soothe diarrhea symptoms and ulcers caused by bacterial infections.

Manuka honey is a special type produced in New Zealand when bees pollinate the native manuka bush. Honey naturally contains hydrogen peroxide—which is where it gets its antibiotic properties—raw manuka honey possesses that and then some, including a higher concentration of methylglyoxal from dihydroxyacetone found in the nectar of manuka flowers, giving it even greater antibacterial strength. Eat it regularly to experience to treat your insides to manuka’s healing power.

Practitioners of traditional Ayurvedic medicine believe honey can boost digestion. And although it’s considered a simple carbohydrate just like sugar, it has a lower glycemic index, so it won’t spike blood sugar levels the same way. Therefore it can add a lovely sweetness to drinks and dishes without the same deleterious effects as regular sugar. Intrigued? Try mixing up a metabolism-boosting tonic with these ingredients:

One study also found that honey may help regulate LDL cholesterol when subbing it in for sugar. Bear in mind, it hasn’t been proven to actually lower LDL levels, but serves as a heart-healthier alternative to regular sugar.

Anecdotal evidence has linked honey with improved sleep, presumably by providing adequate glycogen to the liver while the body is at rest, preventing the brain from activating a stress response. Try adding a bit of honey to a cup of warm almond milk—a classic comforting beverage. 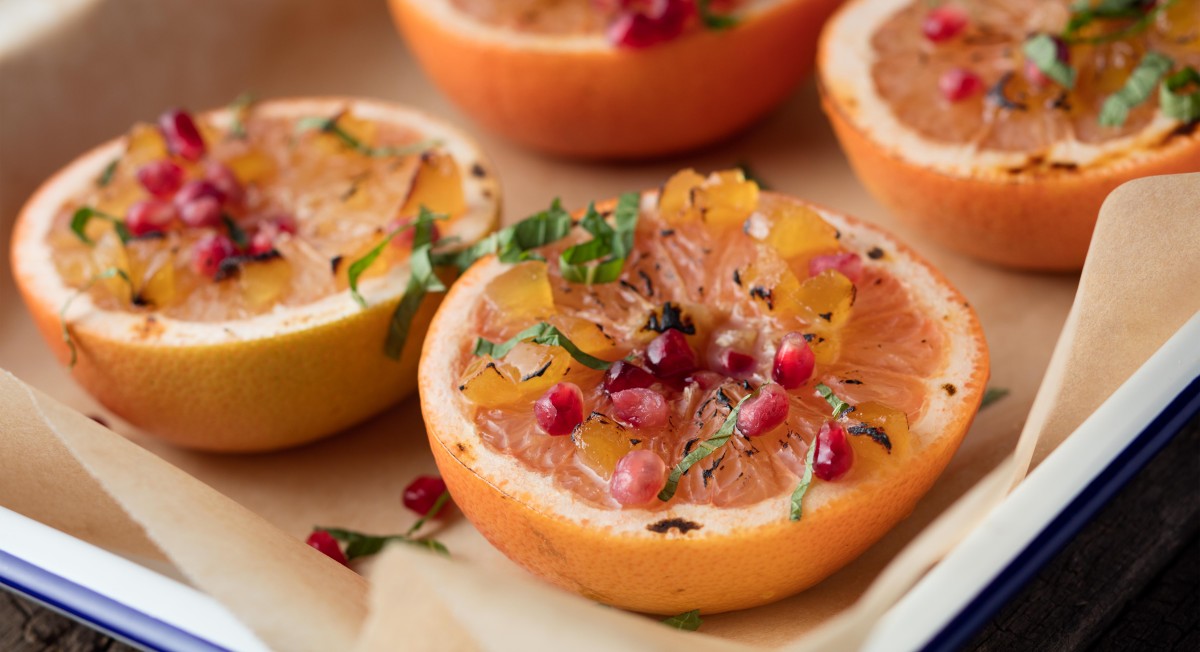 Looking for some more interesting ways to incorporate honey into your diet? Try these creative recipes:

Naturally antibacterial, anti-inflammatory, and full of beneficial enzymes and probiotics, raw honey is a sweet addition to a natural skin care regimen—it works as a moisturizer, acne-fighter, and gentle exfoliant! Try these all-natural DIY skin and facial treatments.

Conventional face wash can strip beneficial oils from the skin. Combining raw honey with jojoba oil can help cleanse acne-prone skin without drying it out. Just take a small, palm-sized amount of raw honey, add a couple drops of jojoba oil, and massage onto your face in small, circular motions. Leave it on 5 to 10 minutes for deep cleansing, and then rinse with warm water. (If you’re feeling ambitious, add a couple of drops of cell-regenerating frankincense oil!)

Make a paste of 1 ½ teaspoons raw honey, 1 teaspoon cinnamon, and 1 teaspoon nutmeg and a little bit of water and smooth over your face. Leave it on for 15 to 20 minutes, then rinse off. The natural antifungal and antibacterial properties will cleanse the pores and plump the skin.

This mask, with antioxidant-rich turmeric as the key ingredient, is a major radiance booster. With more than two dozen anti-inflammatory compounds, the yellow spice can help diminish acne, dryness, and even eczema and psoriasis. Yogurt contains zinc, a known acne fighter, and lactic acid, which can dissolve dead skin cells. And of course, antibacterial, enzyme-rich raw honey rounds out the trifecta. Just mix 1 teaspoon turmeric, 3 tablespoons yogurt, and a few drops of raw honey, apply it to the face, leave on for 15 to 20 minutes, then rinse off.

Honey can also take the sizzle out of a gnarly sunburn. Combine ½ cup plain yogurt with ¼ cup raw honey. Place the mixture in the refrigerator for 30 minutes to cool. Then, apply to the affected area and let it sit for at least 5 minutes. When the pain dissipates, rinse with cool water and breathe a sigh of relief.

Dry hair will drink up raw honey, which is a humectant—meaning it attracts and retains moisture. And because of its vitamin content, it’s also healthy for the scalp. Combine raw honey with ultra-moisturizing coconut oil and fat- and niacin-rich avocado for the shiniest, most voluminous hair ever. Mash or puree 1 to 2 ripe avocados and mix in 1 tablespoon each of raw honey and melted coconut oil. Work through hair from the roots to ends, leave on for at least 20 minutes (the longer, the better!) and rinse out thoroughly (a little shampoo may be in order to get it all out).

Of course, raw honey isn’t completely harmless for all. It does present a few dangers to look out for.

People with bee-related allergies may want to be mindful of consuming it due to the pollen content. It may or may not elicit allergic reactions, but some of the following symptoms have been reported:

Infants under one year of age should never, ever be given raw honey. According to the National Honey Board:

“Honey may contain Clostridium botulinum spores that can cause infant botulism—a rare but serious disease that affects the nervous system of young babies (under one year of age). C. botulinum spores are present throughout the environment and may be found in dust, soil, and improperly canned foods. Adults and children over one year of age are routinely exposed to, but not normally affected by, C. botulinum spores. Honey is safe to consume during pregnancy and lactation. While infants are susceptible to the infant botulism, adults, including pregnant females, are not. The concern for babies stems from the fact that infants lack the fully developed gastrointestinal tract of older humans. Since the mother is not in danger of developing this condition, the unborn baby is protected.”

One Food Safety News article (cited above) also revealed that some batches of honey sourced from India and China had previously been contaminated with illegal antibiotics—all the more reason to opt for organic local honeys or those that come from trusted sources.

But perhaps the biggest controversy surrounding honey in general: colony collapse disorder, phenomenon in which entire colonies of adult bees die off, leaving their live queens. Last year, 42 percent of U.S. bee colonies collapsed—and that number has been creeping up by an average of 11 percent every winter over the last decade, according to the Natural Resources Defense Council. One of the main culprits behind dwindling bee populations? The use of pesticides. This plight of the honeybee can be felt across much of our food supply, since bees pollinate $40 billion worth of agriculture annually.

It all comes full circle, and it’s pretty clear that choosing organic foods, including honey, is a smart move. And by taking it a step further and looking out for raw honey, you can even reap some potent medicinal benefits. Lucky for us, it tastes so good too. Now that’s triple-win.