Is Organic Food Better For You?

With the rise of genetically modified organisms, harmful pesticides pervading produce crops, and the added expense of “going organic,” a simple trip to the grocery store can turn into a whirlwind of confusion. Then there’s the underlying question: Is organic food actually better for you?

While there are a number of factors to consider, eliminating taste (which is subjective), we took a look at organic food as a whole. What is organic? Why does it exist? Are there health benefits to choosing organically farmed meat, milk, or produce vs. conventionally farmed meat, milk and produce? And what are the dangers of choosing conventional foods over organic foods?

Here is your all-encompassing guide to organic food––from farm to table. 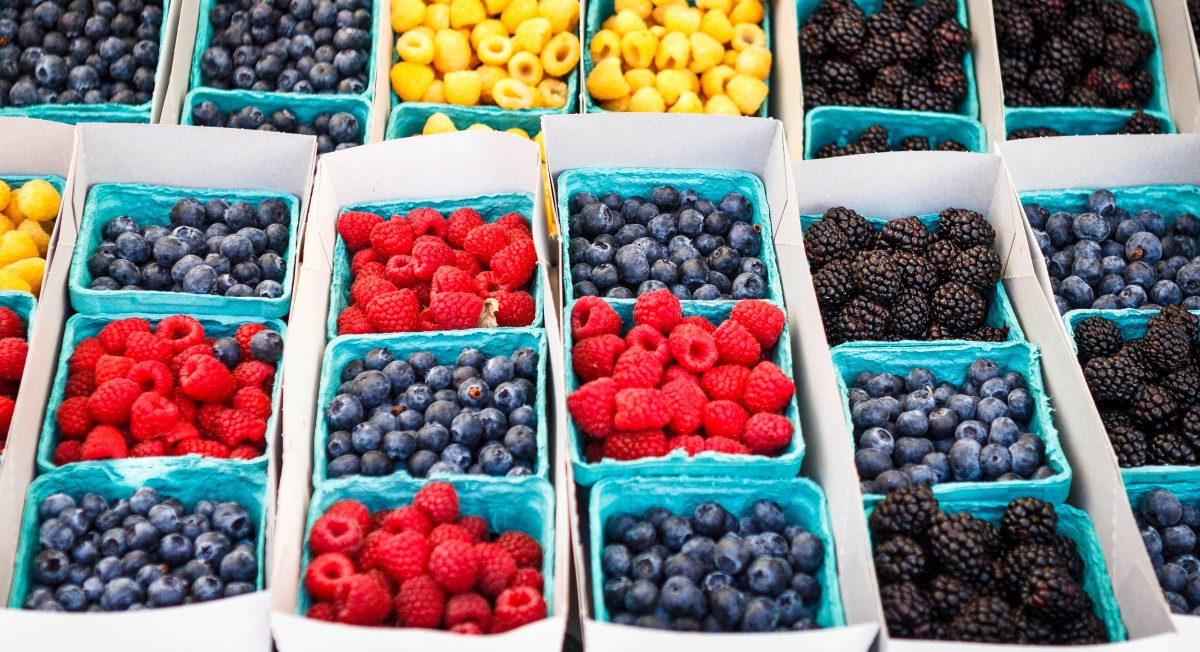 Let’s start at the beginning. What is organic, anyway? While there are different regulations in different countries, according to the United States Department of Agriculture (USDA), “organic food is produced using sustainable agricultural production practices.” Additionally, organic means free from the use of conventional pesticides, fertilizers made with synthetic ingredients, sewage sludge, bioengineering, or ionizing radiation.

Organic meat, poultry eggs, and dairy products must come from animals that have access to the outdoors year round (weather permitting), and are raised on certified organic land. They must be raised per animal health and welfare standards, and managed without antibiotics, added growth hormones, mammalian or avian byproducts, or other prohibited feed ingredients.

National Organic Program Regulations expressly forbid the use of GMOs in the production of organic food. However, traditional breeding methods, like tissue culture and in vitro fertilization, are allowed.

In order for an item to be certified organic, and get that USDA organic label on the package, farmers are required to fulfill all of these requirements—and trace and document the process of their farm’s food production from start to finish. They receive yearly on-site inspections to maintain certification. This includes an evaluation of seed sources, weed and pest management, water systems, crop health, and several other factors. You can see the full list

The USDA’s Economic Research Service estimates that the organically produced food sector makes up only 4% of all U.S. food sales. However, it’s growing rapidly. 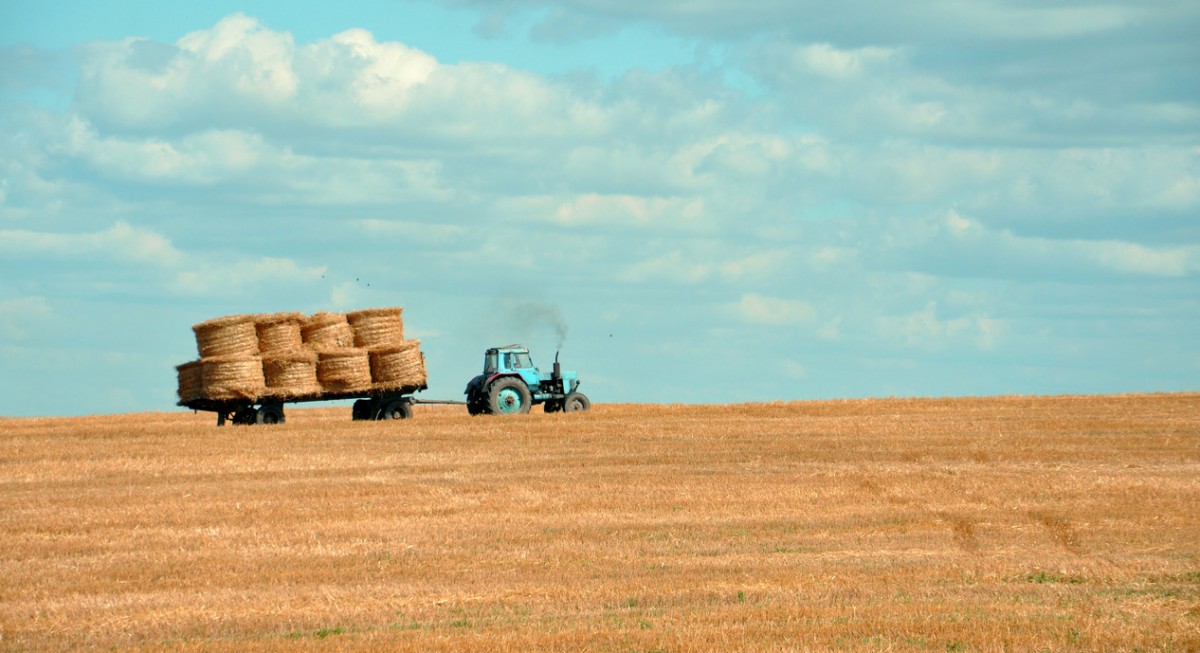 When and Why Did Organic Farming Begin?

Up until the 1920s, all agriculture was produced organically. Farmers used natural means to feed soil and control pests. Then, during WWII, farming methods began to drastically evolve. Research on chemicals (like nerve gas) revealed they were also highly effective in killing insects, and farmers started introducing them to their crops.

Around the same time, a small group of European farmers were concerned with how chemical fertilizers were impacting soil quality and crop health. They consulted Rudolf Steiner, a philosopher, author, and social reformer. In response, Steiner held a lecture series on an ecological and sustainable approach to agriculture that increased soil fertility minus the use of chemical fertilizers and pesticides. Steiner’s agricultural ideas caught wind and were put to the test internationally. Biodynamic agriculture (which is similar to organic agriculture) is now practiced in Europe, North America, Asia, and Australia.

Throughout the ’30s and ’40s, the organic farming movement continued through extensive research and practice around the world. Farmers, microbiologists, and agriculturists set in motion many of the organic practices still used in farming today.The term “organic” itself was rooted in the idea of farming as an organism, which was first introduced by Look to the Land, a book written by Lord Northbourne in 1940.

In 1972, the International Federation of Organic Agriculture Movement (IFAOM) was founded in Versailles, France. IFOAM was dedicated to the diffusion of information on the principles and practices of organic agriculture.

In the 1980s, organic agriculture became a hot-button issue as many farming and consumer groups called for government regulation of organic production. To date, most aspects of organic food production are government-regulated in the United States and European Union.

The main concern with produce is pesticide residue, but the differences don’t end there. Organic fruits and vegetables contain higher levels of antioxidants than conventionally farmed produce, according to a study on the health benefits of organic produce released in July, 2014 at Newcastle University in the UK.

The study analyzed 343 previous studies on the topic, half of which were published after 2006.

“This study demonstrates that choosing food produced according to organic standards can lead to increased intake of nutritionally desirable antioxidants and reduced exposure to toxic heavy metals,”said Carlos Leifert, Professor of Ecological Agriculture at Newcastle University and lead author of the study.

The team behind the study found that switching to organic fruit, vegetables, and cereals—or meals made from them—would provide additional antioxidants equivalent to eating one to two extra portions of fruit and veggies a day.

“It shows very clearly how you grow your food has an impact, and that if you buy organic fruits and vegetables, you can be sure you have, on average, a higher amount of antioxidants at the same calorie level,”

Other Significant Findings From the Study Are: 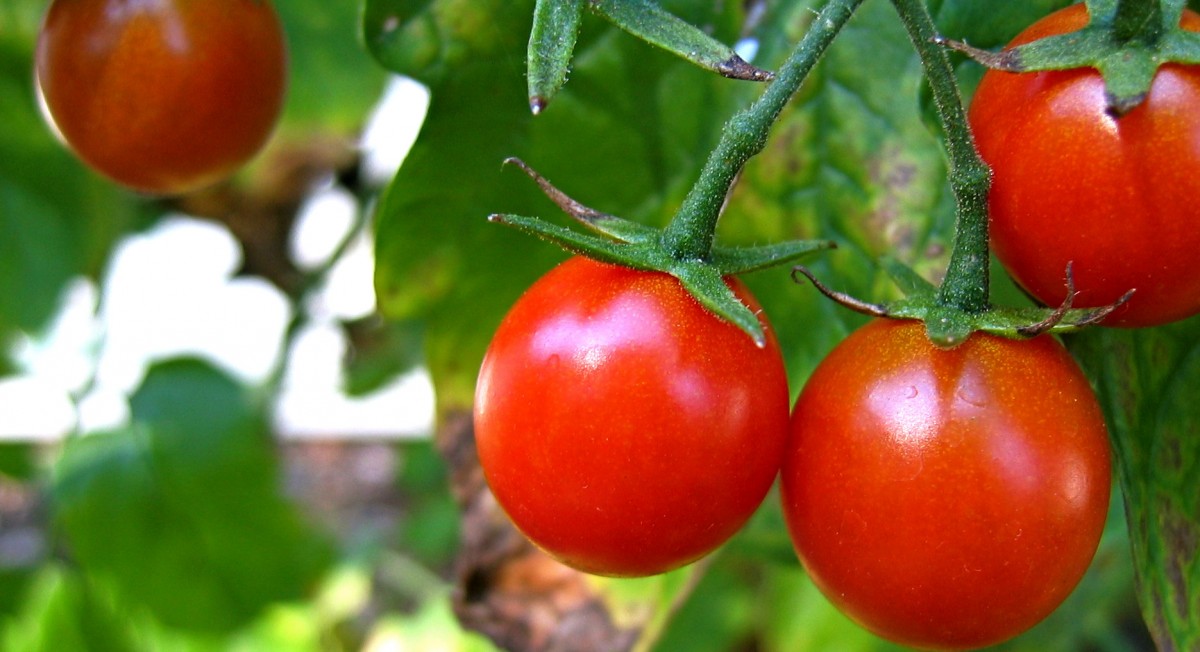 The Dangers of Pesticide Exposure

In 2013, the Environmental Working Group (EWG) found that nearly two-thirds of 3,015 produce samples tested by the USDA contained pesticide residues. In total, there were 165 different pesticides found.

So what are the dangers of pesticides? And if they were that harmful, wouldn’t the government forbid them from being used on food crops?

Most studies related to the health effects of pesticides are focused on occupationally exposed people—like farm workers and pesticide applicators. However, those studies reveal that acute OP pesticide poisonings can result in nausea, abdominal cramps, diarrhea, dizziness, anxiety, confusion—which can be severe, but are often reversible.

One of the few studies on pesticide exposure that wasn’t specific to occupation revealed the increasing odds of ADD/ADHD for 8- to 15-year-olds who had increasing levels of OP pesticides metabolites in urine. There was significant controversy around this study, and many scientists claim it’s still inconclusive.

That being said, organic is not only more expensive, it’s not always readily available. The EWG wants consumers to stay informed about the “dirtiest” conventional produce out there. So each year, they release a Shopper’s Guide to Pesticides in Produce comprised of non-organic foods that have the highest concentration of pesticide residue on them, known as the Dirty Dozen. Their recommendation is to always go organic for the items on this list.

2015’s Dirty Dozen List Is Comprised of the Following:

Every food on the list tested positive for a number of different pesticide residues and showed higher concentrations of pesticides than other produce items. Even peeling or washing items did not rid the produce of pesticides.

Two American food crops, leafy greens and hot peppers, are especially of concern for public health; residue tests conducted by the USDA found both foods laced with particularly toxic pesticides. Among the chemicals at issue are organophosphate and carbamate insecticides. These are no longer detected widely on other produce, either because of binding legal restrictions or voluntary phase-outs.

So is it ever okay to buy non-organic produce? Yes. On the flipside, the EWG also releases a Shopper’s Guide with foods that are least likely to hold pesticide residues.

Tests revealed that there were relatively few pesticides, and low concentrations of pesticides, found on these foods. Additionally, they found:

You can view the full list of all 48 fruits and veggies with pesticide residue data, from the EWG here.

Organic milk has higher levels of omega-3 fatty acids, which have been proven to reduce the risks of heart disease and stroke, as well as other diseases like arthritis. The reason organic milk has a higher volume of these fats is because of the cows: organic milk comes from grass-fed cows. USDA organic standards require that the cows graze outdoors, on pasture, for as long as the grazing season allows, and that they live in humane, uncrowded conditions. It’s also required that their manure be managed to avoid contaminating soil, water, or crops. Organic cows are also raised without antibiotics, a practice that reduces the risk of antibiotic-resistant infections in humans.

Neither organic nor conventional milk contains antibiotics. By law, every truckload is tested for veterinary drugs and if contaminated, the milk is pulled from the food supply. Organic cows aren’t given any veterinary drugs, and conventional cows are only given antibiotics when sick. Their milk is not used until after a certain withdrawal period.

However, most conventional cows are injected with bovine growth hormone (BGH) to produce more milk. Organic cows are not. BGH is unlikely to survive pasteurization or human digestion, however cows with BGH in their system may have more insulin-like growth factor (IGF-I), a compound that has been linked to cancer in early studies, but later were renounced as inconclusive by the American Cancer Society.

Should You Only Buy Organic Meat?

The level of omega-3 fats can vary based on the animal’s diet. Animals that eat all-grass diets (vs. conventional feed diets) will have less fat and more omega-3s.

As for health risks in organic vs. conventional meats, the USDA randomly tests for the presence of pesticides, contaminants, and veterinary drugs. In 2011, a test of 128 animal carcasses showed that 99% were free from all of them.

It should be noted that animals raised organically receive better treatment and are raised more humanely than at conventional farms. Organic certification of livestock requires they have year-round (weather permitting) availability to the outdoors, and don’t live in overcrowded spaces. However, some veterinarians claim organic animals are not properly treated when sick, because they can’t receive antibiotics.

The apples-to-apples comparison of whether organic meat is better than conventional is still a bit controversial. The problem is, there is little conclusive data on the topic. According to this fact sheet from the USDA on organic pork: “Although there is an urgent need for more information related to health benefits and hazards of food products from both conventional and organic systems, generalized conclusions remain tentative in the absence of adequate comparative data.”

Organic Farming Is Better for the Planet

While many choose organic foods because of the health benefits, several people also recognize organic farming as better for the environment.

Sustainability is one of the major benefits. Organic farming’s goal is two-fold: to produce food and to establish an ecological balance. The aim is to prevent soil fertility or pest problems, creating systems that are proactive and preventative rather than reactionary. When crops are healthy and thriving organically, they can produce their own protective barriers against pests and insects.

In that same vein, the absence of synthetic fertilizers and pesticides prevents any ground water pollution. “Well-managed organic systems with better nutrient retentive abilities, greatly reduce the risk of groundwater pollution,” according to the Food and Agriculture Organization of the United Nations.

Why Is Organic More Expensive?

Higher production costs often raise the price of organic produce to 10% to 40% higher than conventional produce. The USDA is concerned that people might eat fewer fruits and vegetables rather than pay more for organic produce, which begs the question of how to make organic food more affordable and accessible.

Thrive Market is based on this very premise. We offer hundreds of organic food options for up to 50% off retail.