How Do I Bake With Sprouted Flours?

Croissants, ladyfingers, cannoli, and tarts all have one thing in common: flour.

It’s the basis of so many classic, decadent desserts—not to mention breads, biscuits, crackers, and savory pies. That explains why regular old flour is a staple in just about any home cook’s pantry.

Of course, the health-conscious among us know that flour doesn’t have too many nutrients or health “benefits.” Regular flour gets bleached, milled, and has the bran removed, leaving it with very little fiber and tons of carbs. Unless you’re willing to give up baked goods entirely, though, it’s tough to ditch flour altogether. That’s where sprouted flours come in.

Made from grains that have been soaked in water and allowed to germinate, sprouted flours are both easier to digest and richer in nutrients than their conventional counterparts. And that’s not all that this process changes.

That means when you bake with them you need to do some adjusting. Thrive Market Food Editor Merce Muse gave us the lowdown on her favorite sprouted flours and shared some of her best baking tips—get the scoop below! 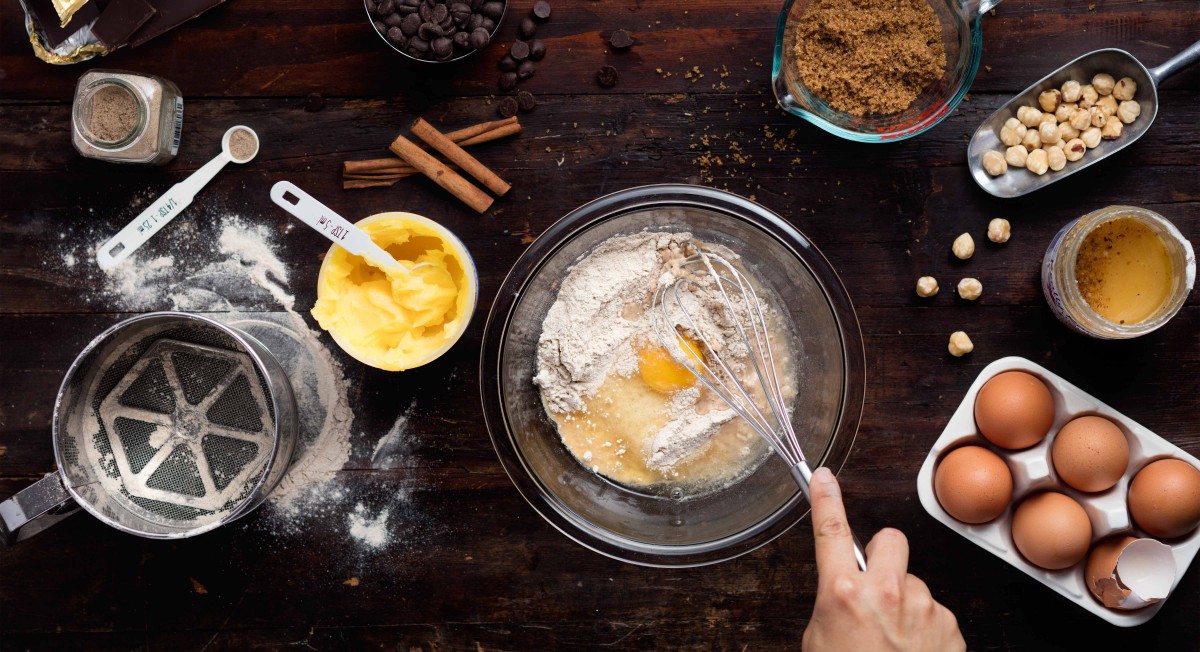 How to bake with sprouted flours

First things first: You can substitute sprouted white wheat flour or sprouted spelt flour in for regular flour at a 1:1 ratio, Muse says. The finished product just might come out a little more dense and chewy. If you want your favorite cookies to stay light and fluffy, try adjusting the ratio of liquid to flour in the recipe.

“I’ve found that a good general rule is that if you’re not using a recipe that has been developed for sprouted flours, add a tiny bit more water or fat,” Muse says. She recommends adding about 1 tablespoon more liquid for every cup of flour.

Another one of her tips for getting the best results out of sprouted flours? If you’re making bread, knead the dough for just a few minutes longer—it helps produce a light, springy texture.

For home cooks interested in trying out sprouted flours, Muse recommends starting with the following four.

Flavor: A cross between whole wheat and white flour
Best used in: Any recipe that calls for regular white flour

The most versatile of the sprouted flours, white wheat can be used in everything from chocolate chip cookies to buttermilk biscuits. Though it’s made from whole wheat—and still contains gluten—it’s easier to digest than other whole wheat flours.

An ancient variety of wheat, spelt actually has less gluten than conventional wheat, so it might be easier to digest for people with slight sensitivities. And the sprouting process makes it even easier on the stomach. It has a rich barley-like flavor and deep brown color, and can be used at a 1:1 ratio in most recipes.

Like brown rice itself, the flour made from it has a mild, light flavor that complements almost almost dish. Used alone, it can create a slightly gritty texture, so it works best combined with other gluten-free flours. Bonus tip: Brown rice flour also thickens sauces beautifully!

Garbanzo bean flour—also known as besan—is a mainstay of South Asian cuisine (you may have had it in Indian pakoras). Though besan does have the distinctive flavor of chickpeas, it can work in both sweet or savory recipes. But your best bet is either reserving it for recipes that already call for garbanzo bean flour, or mixing it into another gluten-free flour.