When it comes to sweet potatoes versus yams, it’s just a case of po-tay-to or po-tah-to, right? Not so fast. These two tubers aren’t as interchangeable as you might think, and today we’re getting to the root of the issue to find out what really makes them so different.

What’s the Difference Between Yams and Sweet Potatoes?

All about sweet potatoes

If you’re still confused, welcome to the club. As it turns out, what your supermarket might mark as a “yam” is actually the soft variety of sweet potato (with orange flesh). Here’s the backstory: Firm sweet potatoes were produced in the U.S. before soft sweet potatoes came onto the scene. To differentiate the two options, markets started labeling the soft sweet potatoes as “yams” because of the visual resemblance.

Most supermarkets carry garnet sweet potatoes, known by their rust-colored skin and bright orange flesh, but there are lots of other varieties to choose from. Here are some of the most popular.

The USDA’s national nutrient database reports that one one medium baked sweet potato (skin included) has:

The same database lists the following nutrition about yams:

Yams and sweet potatoes might have debatable origins, but there’s one thing that’s easy to agree on: they’re delicious (not to mention comforting, creamy, and versatile). Here are some of our favorite ways to cook them.

Whip up latkes on a weeknight by deviating from the classic recipe and trying our herb-infused version made with grassy celery root.

These twice-baked potatoes are extra creamy and topped with an irresistible maple-sweetened whipped topping. It’s easy to make this recipe vegan—just use coconut cream instead of heavy cream and skip the crème fraiche.

This Whole30 recipe will warm you right up. A can of coconut cream makes it extra luxurious for a dinner you’ll return to again and again.

Say goodbye to cream and hello to almond butter. This inventive flavor combo really works, and when you top the casserole with vegan marshmallows, it’ll become a family favorite for years to come.

Dairy devotees will fall for the fragrant cream sauce that’s poured over thinly sliced sweet potatoes in this fancy yet easy gratin. 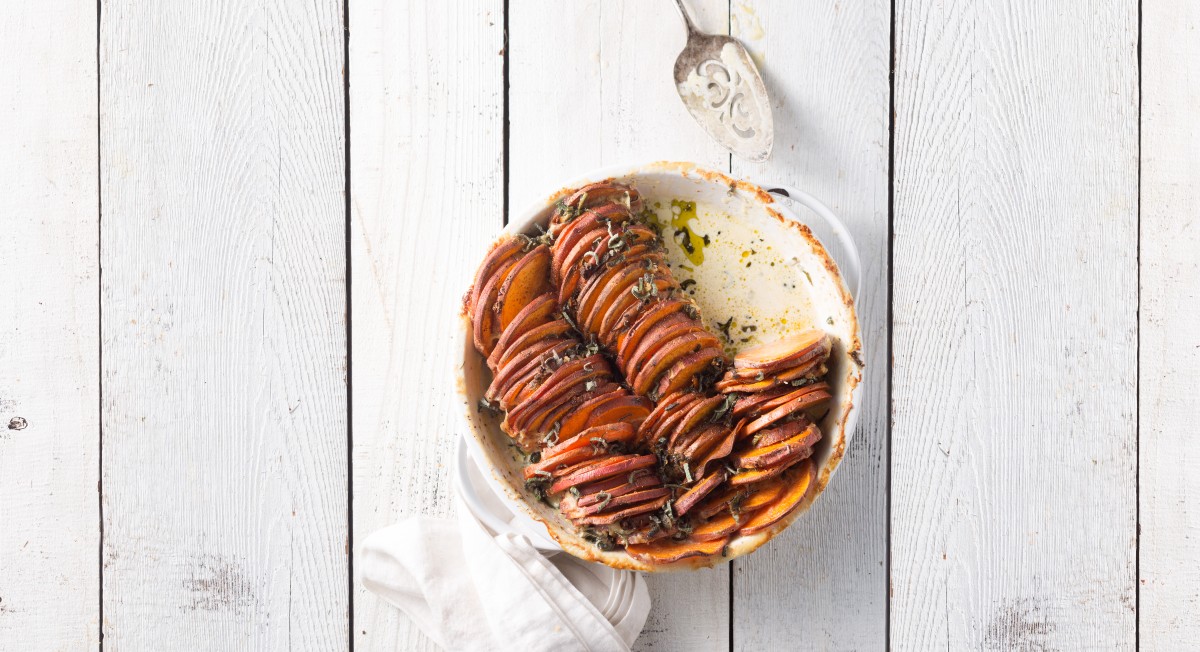 Shake up your waffle routine with a savory version, in which scallions, cayenne, and paprika give the batter a real kick. It’s a brunch dish that’s absolutely share-worthy. 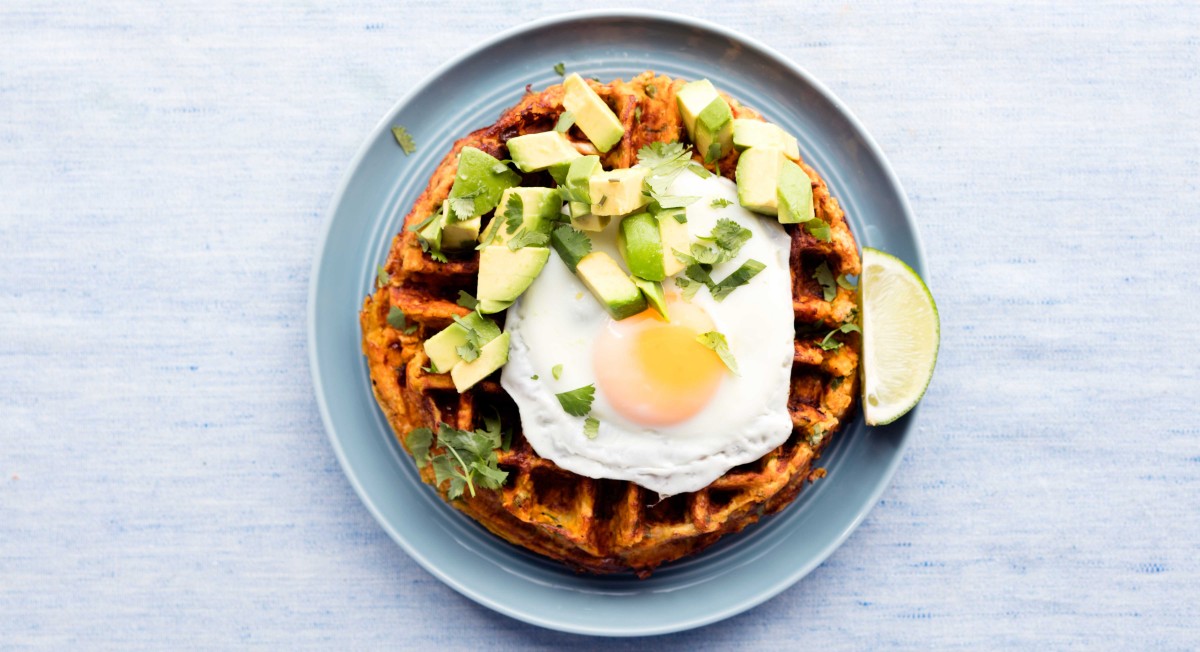 Fries are always a favorite. For this sweet potato option, a dusting of cumin, cayenne, and chili powder adds a little heat, while coconut sugar brings out the spuds’ natural sweetness. 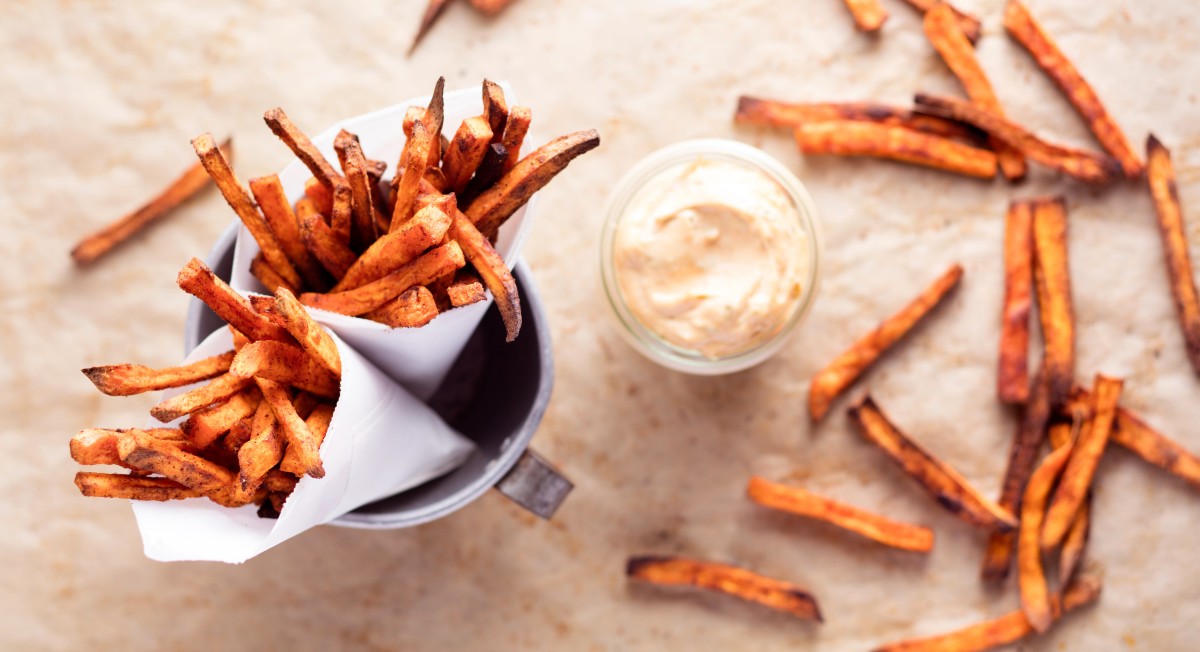 You’ll officially be stuffed after enjoying these spuds topped with sautéed kale, avocado, and a tahini-turmeric sauce for added creaminess.

You’ll need a mandoline for this recipe to make sure the chips are extra thin. Toss ’em in a seasoning blend of salt, cumin, and paprika before baking.

Here’s a twist on tortilla española featuring ample spices and rich caramelized onions. For a tapas-inspired dinner, pair it with ham, cheese, and olives.

This Italian dinner will have you swooning. The gnocchi are made with hazelnut flour for extra nuttiness, and the whole dish is gluten-free, too. Mushroom and sage butter sauce takes every bite over the top. 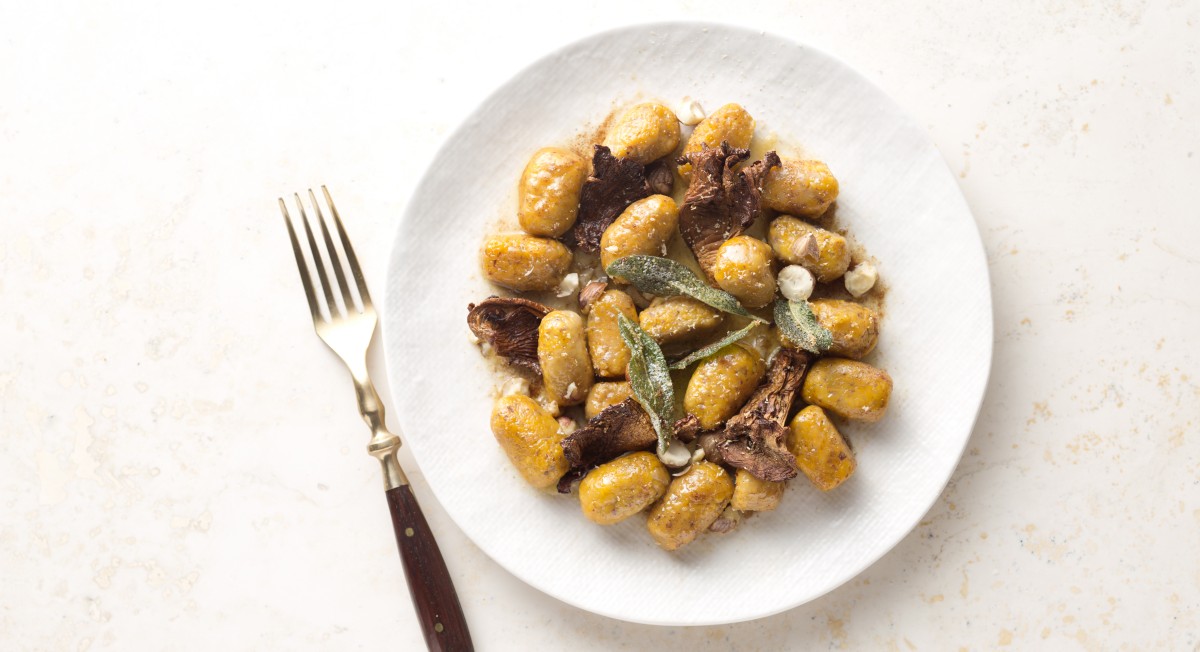