If you’re following a dairy-free, vegan, or Paleo diet, you may already be familiar with a variety of milk alternatives. But there are two in particular that deserve a spot in your regular rotation: coconut cream and coconut milk. Sourced from the subtly sweet flesh of raw coconuts, these pantry staples easily swap in for cow’s milk or cream in both sweet and savory recipes—without sacrificing richness. But what exactly is the difference between the two? And how can you make the most of these versatile essentials? Here’s a closer look at coconut cream versus coconut milk and why you’ll probably want to stock up on both.

What Is Coconut Cream? 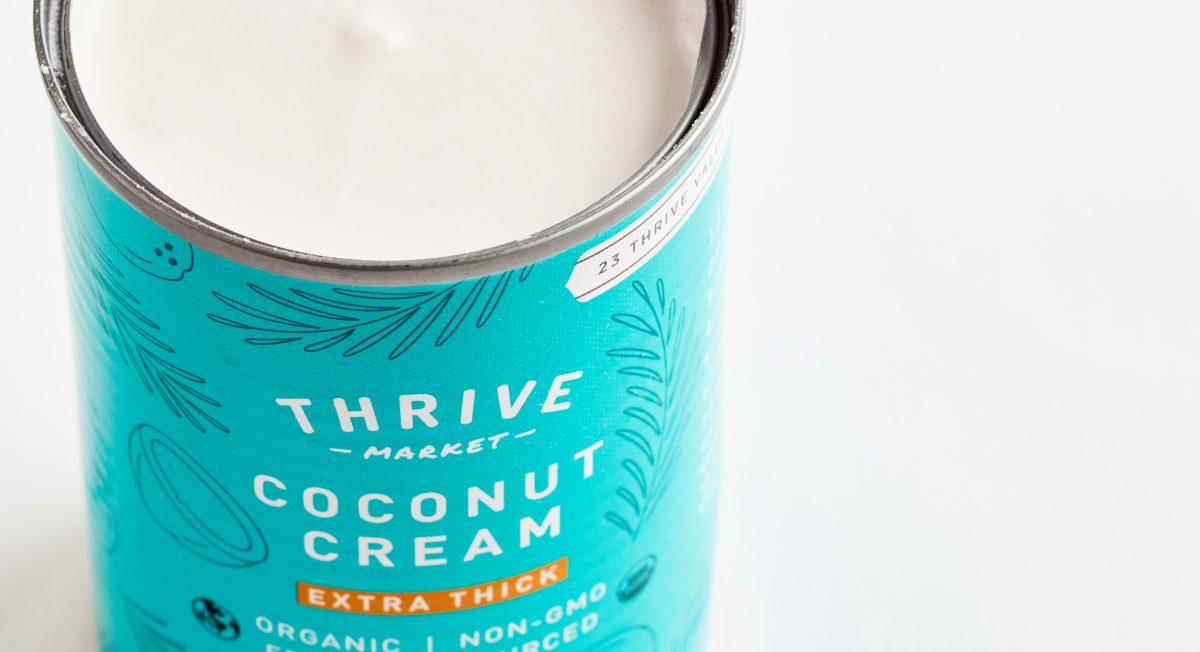 What Is Coconut Milk? 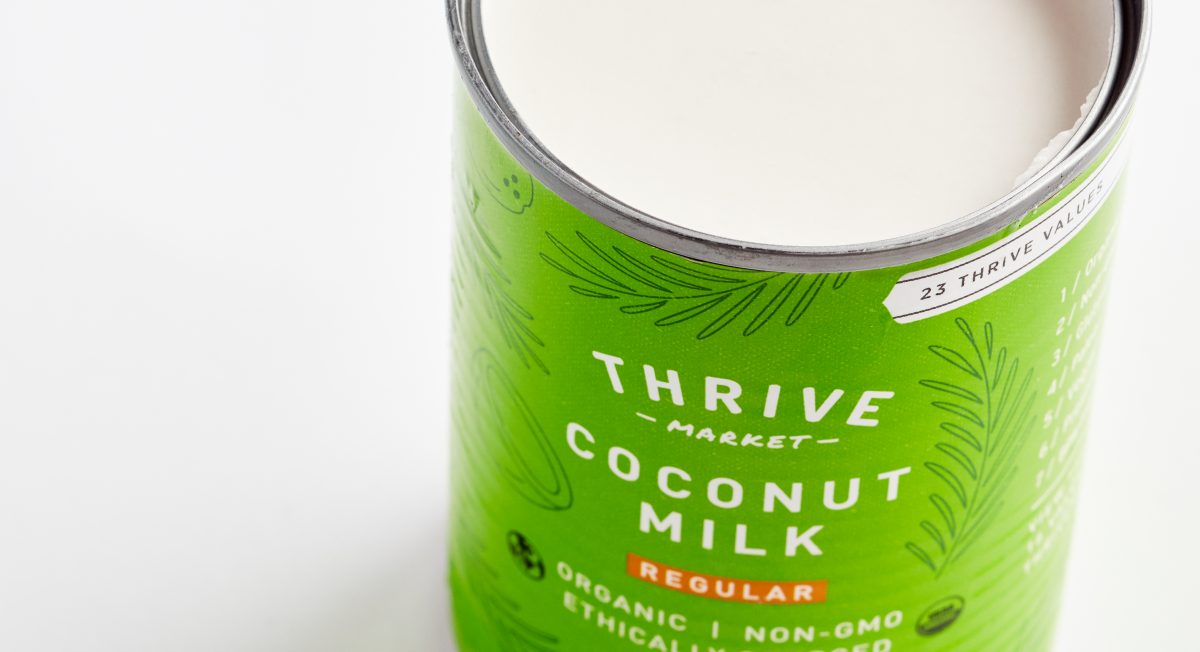 Like coconut cream, coconut milk is made by simmering raw, grated mature coconut flesh in water, but with a slightly different coconut-to-water ratio. But here, the consistency is more similar to cow’s milk. Coconut milk is often the base of many curries and sauces, particularly in Thai cuisine.

How to Make Coconut Cream

There are several methods for making coconut cream from scooping the top of a can of full-fat coconut milk and leaving to set in the fridge to making it from scratch using four parts raw shredded coconut to one part water. Note: When sugar is added to the mix, the result is referred to as “cream of coconut.”

If you accidentally purchased coconut cream when you meant to buy coconut milk (or vice versa), don’t fret! You can use either of these as a substitute for each other.

Leave the can of coconut milk i the fridge overnight. In the morning, you’ll have a layer of coconut cream at the top of the can.

Mix 2 tablespoons of your coconut cream with about 3/4 cup of water. You can add more or less depending on the consistency you’re going for.

How to Make Coconut Milk

A traditional coconut milk recipe calls for one part shredded coconut to one part water—you can either combine the coconut with near-boiling water and leave to simmer, or blend the two together in a blender. Then strain the mixture through a nut bag or cheesecloth, and collect and save the milky liquid.

Here’s a quick rundown of some common questions on this versatile ingredient.

How Long Does Coconut Cream Last in the Fridge?

Be sure to refrigerate coconut cream after opening and keep it covered. Most brands that don’t include preservatives suggest using the cream within three days of opening.

How Do You Make Coconut Whipped Cream?

Looking for the perfect topping for your next vegan dessert? Whip together vanilla extract and powdered sugar with chilled coconut cream for a delightfully fluffy treat.

Yes, traditional coconut cream made from coconuts and water (or 100 coconut milk) is vegan.

Here’s what you need to know about coconut milk.

Yes, traditional coconut milk is made with just coconut and water and is therefore dairy-free.

Can You Freeze Coconut Milk?

Absolutely. In fact, coconut milk is a popular ingredient in smoothies because it adds a tropical flavor and healthy fats. If you want to thicken your smoothie and enjoy a delicious frozen beverage, consider freezing coconut milk into ice cubes before tossing them in the blender.

Here’s a rundown of the nutritional benefits of coconut cream, based on what you’ll find in a can of Thrive Market Organic Coconut Cream:

Here’s a look at the nutritional benefits of coconut milk, based on what you’ll find in a can of Thrive Market Organic Regular Coconut Milk:

Fill your fridge with these coconut cream member favorites!

Our organic coconut cream isn’t just vegan and Paleo-friendly—it’s also ethically sourced and a good source of nutrients like healthy fats, B vitamins, and vitamin E.

You can easily use this vegan, gluten-free heavy coconut cream to make dairy-free whipped cream—whip up a batch to top off your next sweet treat.

These must-try recipes are the cream of the crop!

Here’s a dish with some French flair. Simmer Paleo-friendly coconut wraps in orange zest, ghee, raw honey, and basil and top with a dollop of coconut cream.

Give this traditional dessert a Paleo spin by swapping in coconut cream and combining it with egg yolks, vanilla bean, and coconut sugar.

Stock up on these coconut milk must-haves.

In sweet or savory dishes, our coconut milk adds a luscious silky texture and mild sweetness without dairy, added sugars, or preservatives.

This certified organic, vegan milk is pure and simple—try it as a soothing ingredient in a DIY facial cleanser.

If you enjoy whipping up a vegan pie or cheesecake, you’ll want to keep a can (or two) of this sweetened, dairy-free milk—made with just coconut, water, and cane sugar—in the pantry.

Our coconut milk recipes cover everything from coffee to dessert. Here are a few favorites.

You might be surprised to learn this comforting creamed spinach is totally dairy-free thanks to coconut milk, dijon mustard, and nutritional yeast.