Can an apple a day really keep the doctor away? There may be some truth to this old adage after all.

Many in the health community have continually referred to the crunchy fruit as a “miracle food” since it’s relatively low in calories but rich in antioxidants, phytonutrients, fiber, vitamins, and minerals that have been seen as helpful in reducing the risk of diabetes, heart disease, even some types of cancer. Along with its sweet taste and use in countless recipes (from pie to pancakes and cider), apples are one of the most consumed fruits across the globe—and for good reason.

Apples are a wholesome source of food

The nutritional profile of apples is quite impressive. Because it’s a plant-based food, it fits within the parameters of gluten-free, vegan, and Paleo diets. It’s also free of any fat (including trans fats), cholesterol, and sodium, making it a good choice for those with high blood pressure, too. Inside one medium-sized apple, there are about 95 calories and 25 grams of carbohydrates, which provide a potent energy boost, as well as four grams of dietary fiber (or 17 percent of the daily recommended value), which provides a full feeling and also supports digestive health and regularity. Eating an apple also offers good percentages of the daily recommended values of vitamins C and D, calcium, and iron.

How apples can benefit health

Given all the essential components of this tasty fruit, there are a number of ways the body benefits each time you have a serving.

Eating apples can contribute to a significant natural reduction in cholesterol. According to a study from Ohio State University, apples contain a specific type of soluble fiber called pectin that has been associated with decreases in bad cholesterol levels, which helps to prevent the hardening of arteries and ultimately staves off heart disease. Further findings have shown that people who eat apples regularly also reduce the chance of strokes.

Apples contain a large amount of complex fiber, particularly in the peel. Because fiber takes a while for the body to fully absorb, it helps provide a satiated feeling for longer periods of time, which cuts down on snacking and overeating between meals. This fiber will be used as energy, rather than stored as fat like other typical carbohydrates, which can help with weight management and loss. Apples also promote the growth of positive bacteria in the gut, which keeps the digestive system strong and healthy, passing foods through and reaping all the nutrients along the way.

One of the lesser known benefits of apples may be their effect on the respiratory system. Researchers from St. George’s Hospital Medical School in London found that the special antioxidant called quercetin in apples was a major player in keeping the lungs protected from secondhand smoke and other environmental pollutants. Furthermore, antioxidants play a role in reducing inflammation, which is important for people with asthma. One study found that the more apples women consumed during pregnancy actually lowered the risk of their children developing the disease. The concentrations of vitamins C and E in apples are also effective and promoting lung function and helping people breathe easier.

Apples and the immune system

Though not quite as potent as oranges, the amount of vitamin C in apples (about 14 percent of the daily recommended value is in one medium-sized apple) can also help give the immune system a significant boost and a shield of armor to protect against a range of common illnesses and diseases. Numerous studies have also pointed to apples as a possible way to fight off various types of cancer. In particular, the fruit’s flavonoids, such as quercetin and triterpenoids, have been seen as slowing the rate of tumor growth in lung, breast, and colon cancer. Researchers at Cornell University further suggest that the phytochemicals in apples are directly correlated to a lower risk of cancer.

Researchers at the University of Illinois have also linked the soluble fiber in apples to overall health and wellness, indicating that good amounts of fiber can reduce chronic inflammation, which helps the body better recover from injuries, illnesses, and infections.

Diabetics must be careful to watch sugar consumption, particularly amounts of added artificial sugar. However, the natural sugars found in apples (called fructose) are allowable in healthy, balanced diets. According to the American Diabetic Association, that’s because fructose—in combination with fiber—ranks lower on the glycemic index, which rates how different foods affect blood sugar levels. The lower the value, the less likely a food will cause blood sugar spikes, which is important for both people with diabetes and those who are at risk.

The antioxidants in apples can also help reduce the chance of developing type 2 diabetes. A study conducted by the Harvard School of Public Health found that at least two servings of apples per week could lower the chance by 23 percent.

Here are some other surprising facts about apples:

To peel, or not to peel?

There continues to be controversy about apple peels, or the merits of removing it or leaving it intact when eating the fruit. Though the only benefits of peeling an apple might be in non-organic varieties since these have a thin coat of wax that can easily absorb the chemicals and pesticides that are sprayed on the fruit to speed up the ripening process and prevent pests and rodents from disturbing the crop. Even after scrubbing the skin, you might not be able to get all of the wax off and can be at risk of consuming these toxins. This is why it can be a good idea to choose certified organic varieties of produce. By far, apple peels have the most nutritional value out of the entire fruit so it’s important to eat it, when it’s safe to do so.

How to properly prepare produce

The FDA has some important guidelines for the proper preparation of produce in order to make it safe for human consumption. 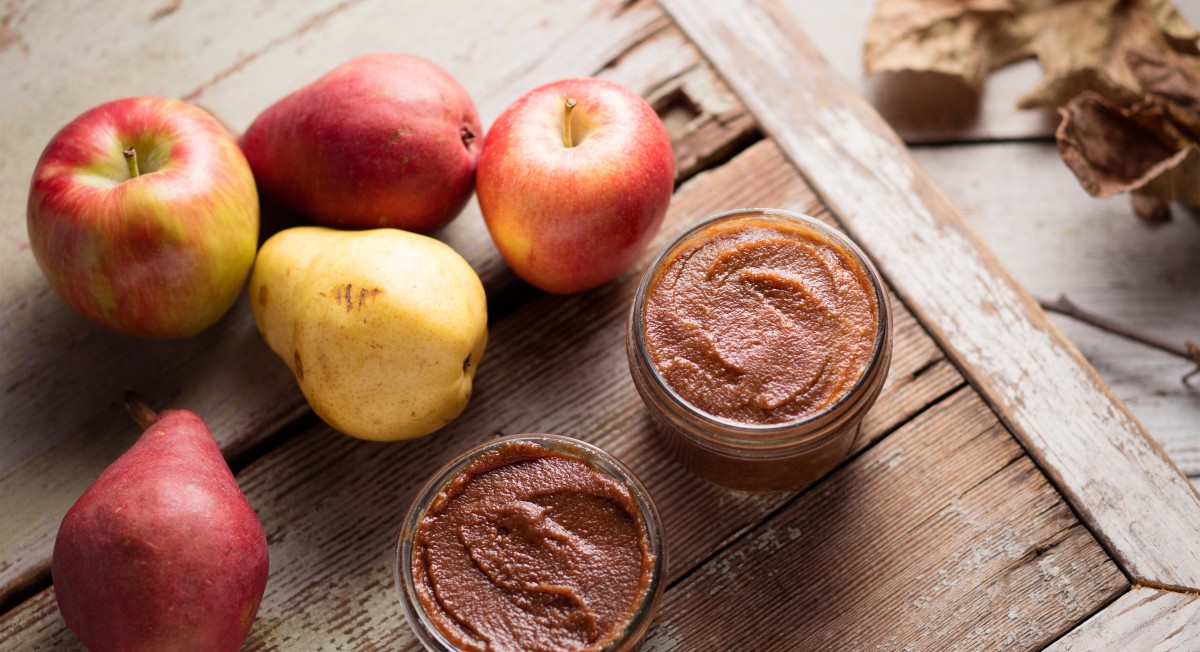 While apples make a convenient and portable snack all on their own, they’re also fun and tasty when used in a number of cooking and baking applications. Here are a few of Thrive Market’s favorite ideas.

Apple Pie Overnight Oats
Dessert for breakfast? It will taste like it with this tempting recipe that looks like oatmeal but comes off like apple pie. To make, soak gluten-free rolled oats overnight so they become soft and creamy. Then, stir in servings of Greek yogurt, apple juice, grated apple, pecans, hemp seeds, honey, cinnamon, ginger, and sea salt. It only takes eight minutes to whip together, making it the perfect breakfast option when your morning is a little manic.

Parsnip-Apple Puree
If you love mashed potatoes but are trying to stay clear of carbs, this Paleo-friendly recipe will do the trick. It combines chopped parsnips, ghee, coconut milk, grated apples, and spices including coriander, nutmeg, and garlic powder, plus sea salt and pepper. The result is a creamy, whipped puree that tastes just like Thanksgiving dinner.

Slow Cooker Apple-Pear Butter
Perfect on toast, waffles, and dinner rolls, apple-pear butter is a delicious and nutritious alternative to both jam and butter. And so easy to make! Combine chopped apples and pears with vanilla ghee, cardamom, cinnamon, and water in a slow cooker and heat for about six hours, which will turn it tender. Then use an immersion blender to puree the mix and leave in the slow cooker to process for another six hours. Transfer the mix to mason jars—then, you can save some for yourself and give the others away as gifts.