About halfway through the school year, middle school math teacher Perry Van Boom notices a shift in the environment of her classroom. It’s not a visible change, although her students certainly grow taller (or wider) as the months pass. Nope, it’s a little more obvious than that: “The entire room just starts to reek.”

Ah, the joys of puberty and body odor. After witnessing class after class of oblivious pre-teens traverse the road to adulthood, Van Boom has some pretty strong opinions. “Middle school is  literally the worst age to be alive,” she says with a laugh. “There are so many changes going on in your body and your brain, and you don’t have the self-awareness to really recognize what’s happening to you.” The B.O. smell, she says, is pretty unbearable at first. And most kids are surprised to realize that they do, in fact, stink. But after Van Boom introduces the idea of daily deodorant use and regular showers to the class, they usually catch on.

Post-puberty, most adults think they’ve got the whole deodorant thing down pat. If you’ve ever pulled a subtle underarm whiff in the middle of a work meeting and suddenly thought, “Good Lord, my pits smell weird,” you’re not alone. Sometimes, somehow, the smell even breaks past the barrier of antiperspirant—so what gives? What’s the deal with B.O., and why do our scents change over time?

We’re told in Biology 101 that sweat is the body’s natural thermoregulation system—sweating is the easiest way to cool you down and keep you from overheating and frying your internal organs (that’s worst-case scenario, obviously). The sweat glands that help to cool you down are called eccrine glands, and they’re found pretty much all over your skin—they secrete clear, sterile sweat that’s mostly made of electrolytes and water. That sweat actually doesn’t have a scent.

Apocrine glands are found in the hairy areas on the body—underarms, scalp, groin—and weirdly enough, on your eyelids and in your ears. These glands are responsible for “nervous” sweat, which is actually a milky, white liquid that’s totally odorless but is usually the result of emotional stress, and this is the stuff that gets a little more stinky. Apocrine sweat gets its texture and opacity from cholesterol, fatty acids, hormones, carbohydrates, ammonia, and ferric iron molecules that sweat out as a result of anxiety. But like eccrine sweat, apocrine sweat doesn’t initially carry a scent—so where does the smell come from?

Why does sweat smell?

It’s not the millions of bacteria living on your skin that makes sweat smell—it’s those bacteria breaking down proteins in sweat, which results in the release of certain acids. Different types of bacteria have particular effects on your sweat. Sadly, pits are usually the stinkiest body part—they usually have the most sulfur-containing bacterial molecules, which interact with proteins to release an onion-like smell. Underarms can also house bacteria that produce 3-hydroxy-3-methylhexanoic acid, which sort of smells like cumin (except stronger—and more like B.O.).

A German study, hilariously titled “The daily battle against body odor: towards the activity of the axillary microbiota,” isolated six different types of unsavory body odors based on the bacterial compounds that cause them. While the stenches identified in the study range from the more mild (“cheesy, sweaty foot smell”) to the unbearable (“hircine, like a goat”), it’s clear that the makeup of bacteria present on skin has a huge impact on why sweat takes on different odors.

It’s true that certain dietary changes can cause a chemical change in stench. You’ve probably experienced this firsthand after eating a meal particularly heavy on garlic, onions, brussels sprouts, cauliflower, or curry. Hours later, the scent of your dinner might seem to seep out of your pores. That’s because these foods contain more sulphuric compounds (remember, the stuff that makes your pits smell like onions?) which are secreted through pores, where they interact with bacteria on skin to produce an odor.

Going Paleo might make the smell of your pits change; researchers aren’t quite sure why, but found a link to increase in smell and eating red meat. In a small study published in 2006, women took a whiff of different men’s armpits and then rated them based off of their smell. The guys who were rated most attractive and pleasant had decreased their red meat consumption in the two weeks before the test, and the dudes who were rated the worst? Meateaters.

And ironically, your deodorant or antiperspirant could be making you smell worse. It seems that our bodies adapt to the aluminum salts in antiperspirant that are meant to block the eccrine glands, and after about three months they just stop working as well. But that’s not the only reason to toss conventional antiperspirant—most of those on the market contain fragrances, alcohols, and aluminum compounds, all of which can cause skin issues, sensitivity, and possibly hormone disruption. 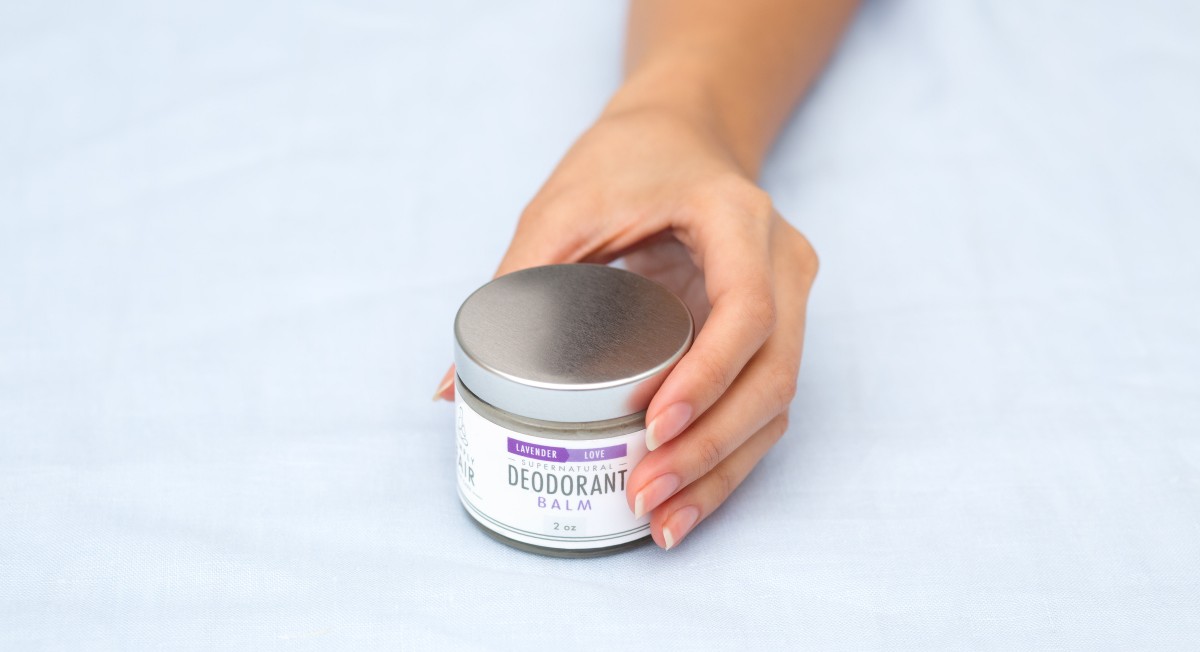 How to go from funky to fresh

Want to make your sweat smell better? Consider taking a probiotic to adjust the makeup of your gut microflora, which will also have an effect on bacteria living on your skin. Look for a supplement with at least 5 billion IUs of bacteria, and a few different strains of bacteria. Or try a topical, probiotic lotion to have an even greater impact on skin’s bacterial ecosystem—and of course, chat with your doctor before you make any changes to your supplement routine.

Even better, ditch the antiperspirant and try deodorant instead. Don’t be worried about sweating through all of your white T-shirts—anecdotally, deodorant users report that they actually perspired less just a few weeks after giving up the Speed Stick. Chose wisely, though. A deodorant will only be effective if it targets the bacteria on skin, which is why we love Simply Fair Lavender Pit Balm.

And not just because it smells amazing—it really works. The three active ingredients (non-aluminum baking soda, coconut oil, and lavender essential oil) all counteract bacterial growth naturally. Coconut oil has antibacterial, antiviral, and anti-fungal properties, and moisturizes skin as it fights stink. Lavender works two ways; yes, it keeps you smelling fresh, but it also has a calming effect that makes you less likely to break out in stress sweat. And good ol’ baking soda can keep just about anything smelling fresh … including your pits! Get your jar today at Thrive Market.com.