The Benefits of Fish Oil

For decades, dietary fat was demonized. All the western world’s health problems were caused by too much fat in our diets, doctors and researchers explained.

Based on recommendations from top medical institutions like the Mayo Clinic and Harvard School of Public Health, low-fat diets became incredibly popular in the 1980s and 1990s. Supermarket shelves were lined with non-fat cookies and fat-free ice cream, and people literally ate it up, assuming anything rid of dietary fat was “healthy.” But new research has totally flipped this old idea on its head—science now says that fats, even saturated fats, are not as bad as we once believed.

Yet even in the era when full-fat milk or cheese were deemed strictly off-limits, there was always a special carve-out for one particular type of fat. Omega-3 fatty acids made a name for themselves as “the good fat”—the only one that was okay to eat.

Fish oil supplements, one of the easiest ways to get your daily dose of omega-3s, are now a staple of every vitamin aisle. And whether you’re taking them or not (spoiler: you should be!), it’s helpful to know why, exactly, fish oil supplements is so good for your health. Read on for the full rundown.

What is fish oil?

It’s all in the name—fish oil comes from the fat found in fish. The fish don’t actually make the fats, but rather accumulate it by eating algae, krill, or other plants that produce omega-3 fatty acids. Fatty acids are classified by how many carbon atoms are in the chain. Fish oil itself is very high in two forms of long-chain omega-3 fatty acids: eicosapentaenoic acid (EPA) and docosahexaenoic acid (DHA). A third type, a short-chain omega-3 fatty acid called alpha-linolenic acid (ALA), is predominantly found in plant oils, but not fish. Researchers believe that most of the health benefits seen from omega-3 fats come from the two long-chain derivatives.

Omega-3 fatty acids are a necessary part of human metabolism, especially in young children. Our bodies can’t make omega-3 fatty acids—they can only be obtained through diet. Humans can convert ALA into EPA or DHA, but the process is very inefficient. For practical purposes, large quantities of EPA and DHA can only be obtained from fish or fish oil.

How do omega-3s benefit health?

The many benefits of fish oil

When proper balance of omega-6s to omega-3s is achieved, both your body and mind both reap a number of benefits.

How fish oil benefits the heart

Supplementing with fish oil and increasing intake of omega-3 fatty acids is incredibly beneficial for heart health, affecting everything from triglyceride levels to blood pressure.

High blood pressure and increased levels of LDL cholesterol in blood is bad for cardiovascular health. There’s another type of lipid in the blood that you also need to worry about—triglycerides. Triglycerides are fats that are used to store the body’s excess energy, and they float around in your blood just like cholesterol.

When you get your cholesterol measured by your doctor, typically they’ll check your triglyceride and lipoprotein levels, too. Normally, blood triglyceride levels should be less than 150 milligrams per deciliter. If triglyceride levels exceed that upper limit, some cardiologists recommend fish oil in conjunction with diet and lifestyle changes.

One meta-analysis found that different doses of omega-3 fatty acids reduced triglycerides concentrations, especially in those with very high triglyceride levels at the outset. This research suggest the nutrient may be helpful in managing hypertriglyceridemia, or highly elevated triglyceride levels—a condition common in patients with HIV.

Another meta-analysis showed that DHA extracted from algae, rather than from fish, was also effective at reducing triglyceride levels.

High blood pressure, or hypertension, is bad for cardiovascular health and can cause damage to artery walls. Damaged artery walls can build up plaque faster than healthy walls, and as plaque builds up, the heart has to pump faster to pass the same volume of blood through a narrower passage.

Fish oil has been shown to reduce blood pressure and treat hypertension. In a 2013 meta-analysis of 17 studies following more than 1,500 participants, scientists found that fish oil supplementation resulted in a statistically significant reduction in blood pressure.

It’s not just extracted fish oil that can be used to treat blood pressure. According to a study published in Nutrition, eating salmon three times a week significantly reduced blood pressure in obese men. What’s particularly interesting about this study is that participants with lower levels of DHA at the start of the experiment exhibited the greatest reductions in blood pressure, implying that DHA consumption may directly affect blood pressure.

Platelets are blood cell fragments that float around in the bloodstream. Their normal function is to clump together at injury sites, forming blood clots to stop you from bleeding. However, platelets can also clump together at cholesterol plaques on the artery walls as well.

This platelet buildup can eventually block the flow of blood the heart, triggering a heart attack. Alternatively, the platelet clump can also break off and make its way to the brain, causing a blood clot or stroke.

Hardening of the arteries, otherwise known as arteriosclerosis, reduces blood flow to the body’s organs and can force the heart to work harder. A number of factors contribute to arteriosclerosis, and rigid arteries can’t respond as well to changes in blood pressure caused by everything from stress to walking up the stairs. Fish oil has been shown to effectively reduce arterial stiffness, keeping pathways supple and healthy.

Another meta-analysis of 10 trials showed that fish oil supplementation significantly decreased arterial stiffness. Fish oil proved to be effective at decreasing arterial stiffness even when patients didn’t change factors like blood pressure, heart rate, or body mass index. The authors of the study concluded that the reduction in arterial stiffness, whatever the mechanism, may be at least partially responsible for the cardioprotective effects of fish oil.

Why fish oil is good for the brain

Omega-3 fatty acids, which are found in high concentrations in the brain, are crucial to healthy brain function. Research has shown that infants who don’t ingest enough omega-3s may develop vision and nerve problems. Naturally, scientists have looked at whether omega-3 fatty acids are effective at treating symptoms of mental health disorders and the evidence, while not conclusive, is promising.

In 2012, another meta-analysis found that while fish oil was not effective in treating the manic phase of bipolar disorder, it was effective at reducing the symptoms of the depressive phase—and was therefore recommended as an adjunctive treatment for the latter.

It could help reduce anxiety

Aside from depression, there’s some evidence that fish oil may have potential as an anti-anxiety treatment. In one 2011 study, healthy medical students who were given fish oil supplements showed a 20 percent reduction in anxiety symptoms versus those who were given placebos.

Given that omega-3 fatty acids are an integral part of brain function, especially in childhood development, it is no surprise that fish oil may help kids with attention deficit hyperactivity disorder, or ADHD.

In a 2011 meta-analysis involving 699 children over 10 trials, those treated with fish oil exhibited small, but significant, improvements in ADHD symptoms. Also, a higher EPA content correlated with better efficacy—suggesting that type of fish oil can work alongside traditional drugs to treat ADHD. How does it work? The authors hypothesized that because fish oil has anti-inflammatory properties, it can alter cell membrane fluidity in the central nervous system. This, in turn, can positively impact the activity of two important neurotransmitters, serotonin and dopamine. 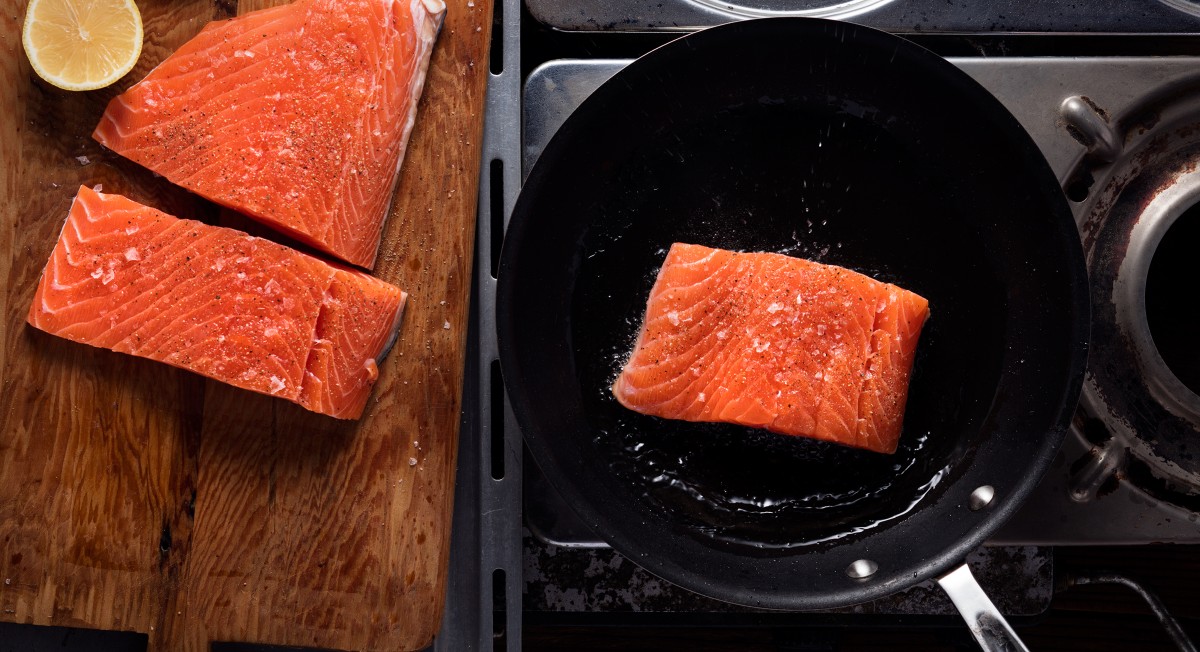 Where can I get fish oil?

You can easily get the benefits of fish oil without eating fish—just grab a supplement. Krill oil has the same type of omega-3 fatty acids, EPA and DHA, as fish oil.  If you’d rather skip the pill and go for the real thing, make sure you choose a breed that’s high in both EPA and DHA. The following fish have the highest EPA and DHA content per serving:

Keep in mind, though, that certain fish such as mackerel, tuna, and swordfish have high levels of mercury, and should not consume more than 12.5 ounces a week.