What if there was an organic elixir that could promote healthy digestion, clean your house and cleanse your hair and skin? Well, there is such a thing. It’s called apple cider vinegar.

Also known as ACV, this fermented liquid is loaded with friendly bacteria, which is what has made it such an obsession within the natural health community for years.

What is apple cider vinegar?

ACV is a vinegar made by crushing apples, squeezing out the liquid, and adding yeast in order to ferment its sugars. The liquid is converted into alcohol, to which bacteria is then added. As it’s allowed to ferment more, it develops acetic acid, which is the main compound and active ingredient in apple cider vinegar.

The result of this fermentation process is a light brown, murky liquid. It differs from distilled white vinegar mainly because it contains the “mother,” a cloudy sediment seen within the bottle, which boasts small amounts of proteins, enzymes, amino acids, and fiber—particularly pectin from the apples—as well as plenty of “good” bacteria, giving raw ACV tons of probiotic power. The best-quality ACV is organic, raw, undistilled, and unfiltered. 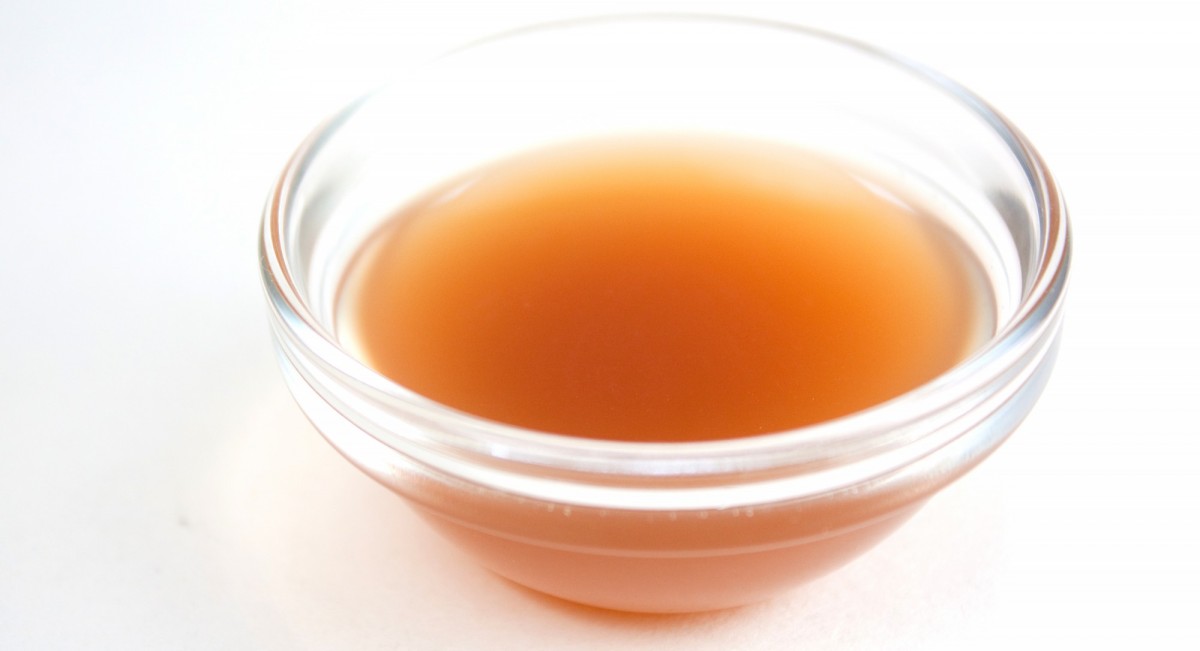 Despite some claims, ACV hasn’t been found to contain high levels of nutrients and minerals. (However, some believe it may contain phytochemicals, which exist in plants to help them endure environmental stress.) But, one thing ACV is high in: acetic acid.

Acetic acid is naturally antimicrobial, which means it can kill bacteria and pathogens. This is what gives ACV such power to clean and disinfect—and why it’s sometimes incorporated in DIY home remedies for:

Acetic acid is known to inhibit E.coli, which means ACV makes a great ingredient in preserving and pickling foods such as garlic and cucumbers. But acetic acid has other uses, too.

Enzymes in apple cider vinegar, as well as the fiber from the “mother,” may help the digestive process. Just like other acids, acetic acid can help the body to effectively absorb minerals from food. Scientists also believe that ACV can inhibit the digestion of starch.

The “mother” also contains pectin, which can help promote healthy bowel movements, too. 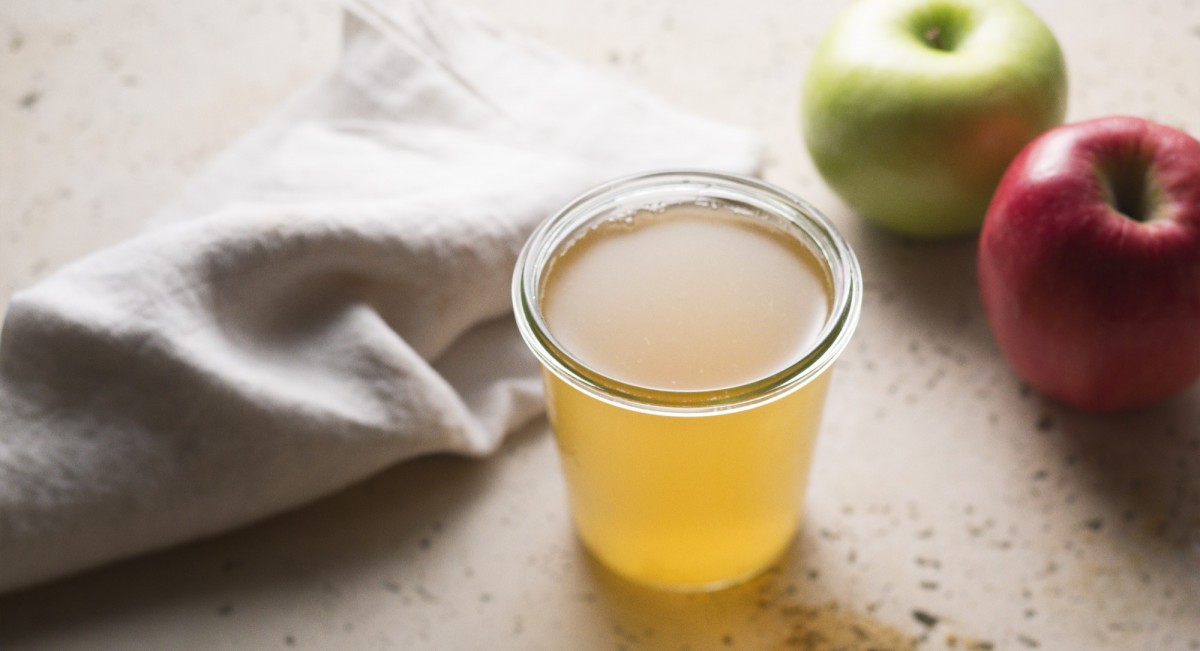 How to use ACV

Be sure to dilute ACV with water or other liquids when drinking. Try this tonic recipe for an energizing elixir that may help you feel great from the inside out.

ACV is also a versatile cooking staple. The punchy, sparkly-sour taste adds brightness to many dishes—especially salad. For the only salad dressing you’ll ever need, simply mix up these ingredients:

Here are some other nourishing and delicious recipes using ACV:

Mixing apple cider vinegar with honey is believed to make delicious drink that may promote overall wellness when consumed first thing in the morning.

To whip up your own ACV-and-honey tonic, stir 1 teaspoon apple cider vinegar and 1 teaspoon raw honey into a cup of hot water. Sip it every morning, followed by a few glasses of water.

Apple cider vinegar around the house

Ready to banish bleach and other potentially harmful chemical cleaners from your home? ACV is a great alternative. Make an easy, powerful degreaser by combining equal parts apple cider vinegar and water. Pour into a spray bottle, shake, and spritz. This solution also works as a mildew spray for the shower.

If the pungent scent of ACV has you missing conventional cleaners, no problem! Just add several drops of your favorite essential oil to your liking. For squeaky-clean freshness, we like lemon.

Apple cider vinegar can work wonders in the yard, too, especially as a safe, natural, and eco-friendly weed killer. Here’s the how-to:

On the flip side, ACV can potentially act as a fertilizer to certain plants that love acidic soil, such as blueberry bushes, hydrangeas, and hibiscus. Mix 10 ounces of ACV with 10 gallons of water and pour on soil to help cultivate these plants.

Surprising ways to use ACV in beauty

Guess what? Some of our favorite ways to use ACV involve beauty—and we’re not alone. Its popularity as a beauty staple is growing every day. Here are two foolproof ways to use ACV for amazing hair and skin.

Famously known as the “no poo” method, this revolutionary hair routine involves “shampooing” hair with baking soda, and conditioning with ACV. The theory is that using this base and acid combo balances the hair’s pH. But since baking soda is highly basic, with a pH of 9, it might do more damage than good for the hair. According to Audrey Kunin, MD, author of the book DermaDoctor SkinStruction Manual: The Smart Guide to Healthy, Beautiful Skin and Looking Good at Any Age:

However, an ACV rinse doesn’t seem to pose such risks—in fact, it can help offset that kind of damage. Each strand of hair is protected by a cuticle comprised of tightly woven scales that lay flat against the shaft and reflect light. When the hair’s normally acidic pH balance goes out of whack from a buildup of alkaline hair products, the cuticle comes undone, leaving hair prone to breakage and giving it a frizzy, dull appearance.

The acidity of ACV can rescue hair by restoring pH balance to help repair the cuticle. The result: ultra-shiny hair! Raw, unfiltered ACV also has natural alpha-hydroxy acid that can gently exfoliate the scalp and hair to remove dead skin cells and product buildup, so depending on your hair and scalp, after using it for awhile, you might be able to skip shampoo altogether.

Try this formula for the perfect ACV conditioning hair rinse:

Put ingredients into a spray bottle and shake every time before use. In the shower, spray solution generously onto wet hair, work into scalp and strands, and rinse.

Apple cider vinegar as a toner

Apple cider vinegar’s pH-balancing properties and alpha hydroxy content also gives it major skin benefits. You can use ACV as the base for a DIY pore-cleansing toner that’s so easy to make. Check out the recipe here.

ACV for dogs and cats

Yes, apple cider vinegar can do good for your furry friends, too! Fleas despise the acidic taste of ACV, so try adding a little of this vinegar to your pet’s drinking water. For a 40-pound dog, add one teaspoon ACV to one quart of water (adjust according to the animal’s weight). For both dogs and cats, a diluted 1-1 mixture of ACV and water can be sprayed directly onto their fur and skin. (Dilution is especially important for cats, who tend to have more sensitive skin.)