Soy sauce has become a common ingredient in most households, but did you know some artisans age bottles for up to 50 years? Most of us aren’t willing to wait that long (and are just as happy with an average bottle from the shelf). And nowadays there are a range of different types, including plenty of options for those looking to avoid soy sauce altogether, such as tamari, liquid aminos, and coconut aminos sauce. Today we’re looking more closely at the differences between liquid aminos vs. soy sauce, the benefits of each, and how to use them in daily cooking.

What Are Liquid Aminos? 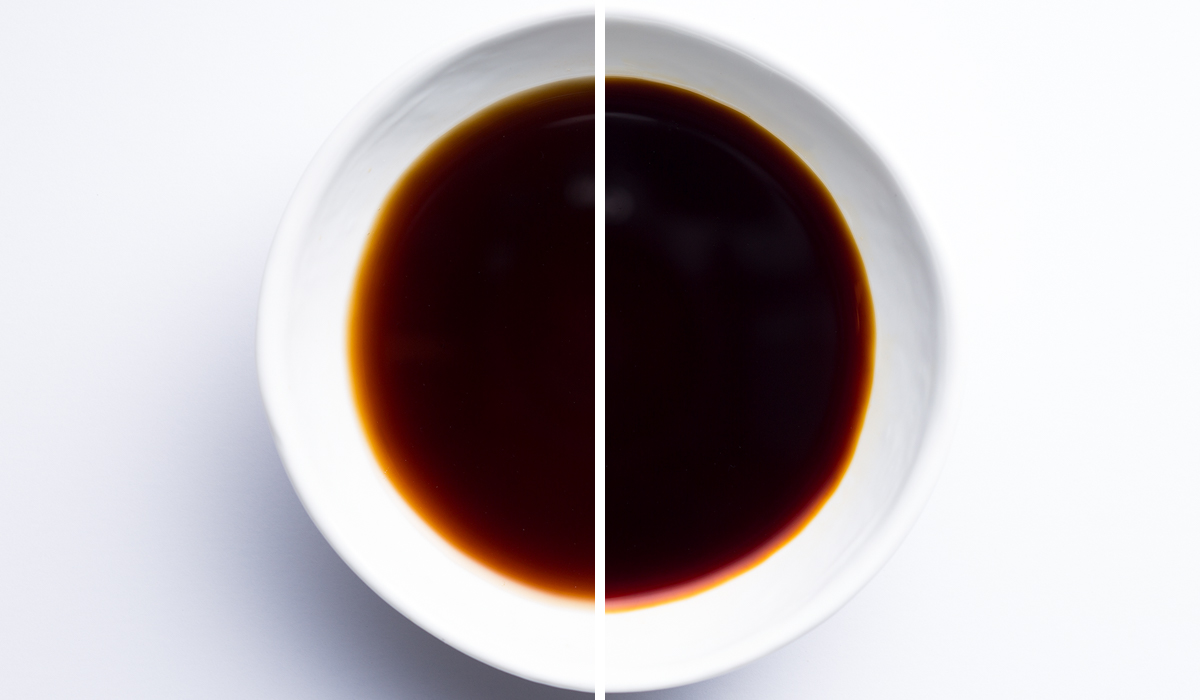 Liquid aminos are made by submerging soybeans in an acidic chemical solution that helps the soy protein break down into amino acids. Next, the acid is neutralized with sodium bicarbonate (aka baking soda). The end result? A dark, salty sauce that has similar characteristics to soy sauce. Unlike coconut aminos, liquid aminos do contain soy, so it’s not a good pick if you’re trying to avoid this ingredient.

Before you decide whether or not to add a bottle to your pantry, here are some liquid aminos benefits and nutrition facts.

Liquid aminos may not always be the best option for you. Here are some liquid aminos drawbacks to consider before you replace soy sauce in your kitchen.

When it comes to liquid aminos, Bragg liquid aminos makes one of the most popular options on the market. This sauce is made from two simple ingredients: non-GMO soybeans and purified water. Because this product is vegan, kosher, low in fat, and gluten-free, it’s a great soy sauce substitute for many diets.

“I love adding this to stir-fry and fried rice instead of soy sauce—the flavor is amazing.”
—Marissa, Miss.

“I found this when starting keto and I’m never going back to regular soy sauce! It’s so much more flavorful, and adds a great depth of flavor to Asian cooking.”
—Elisabeth, Colo.

You’ll find that you can use liquid aminos as a soy sauce substitute in most recipes.

Lentils are easy to cook and very nutritious, making them a great pick for fast lunches or dinners. This wholesome bowl features curry powder, honey, lemon, chili powder, and liquid aminos to give each bite lots of complex flavor. 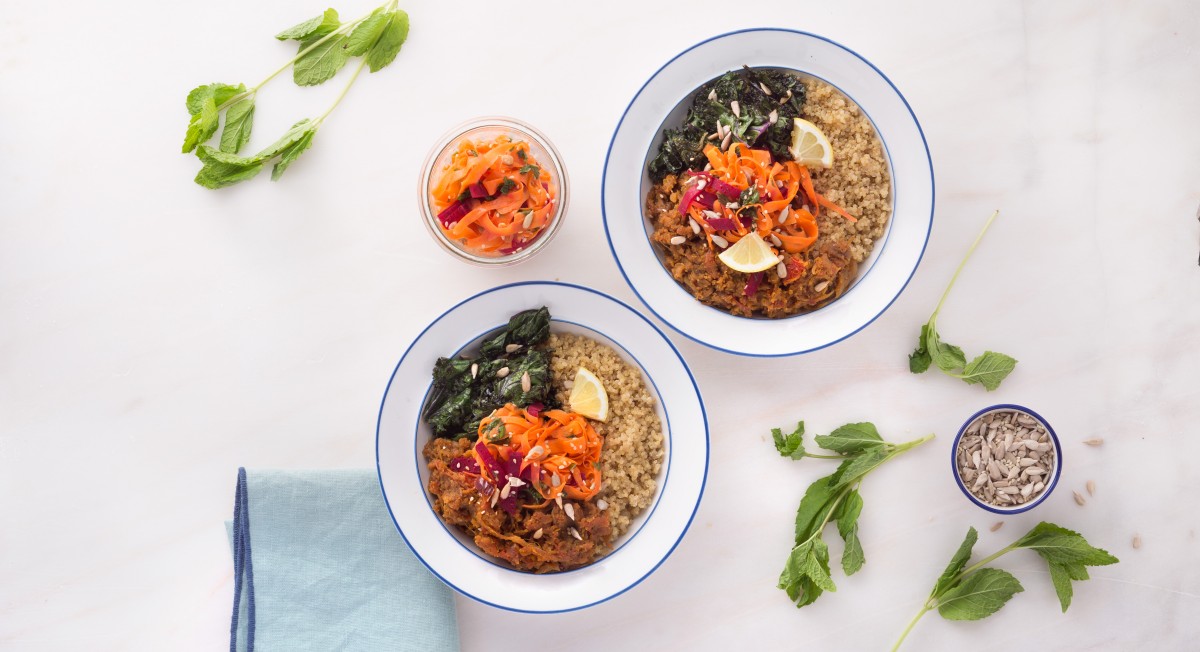 Vegan bacon is definitely a thing, and we highly recommend making it. This recipe uses only four ingredients (like liquid aminos and coconut flakes) to deliver loads of sweet and salty flavor—perfect for crumbling over salads or soups. 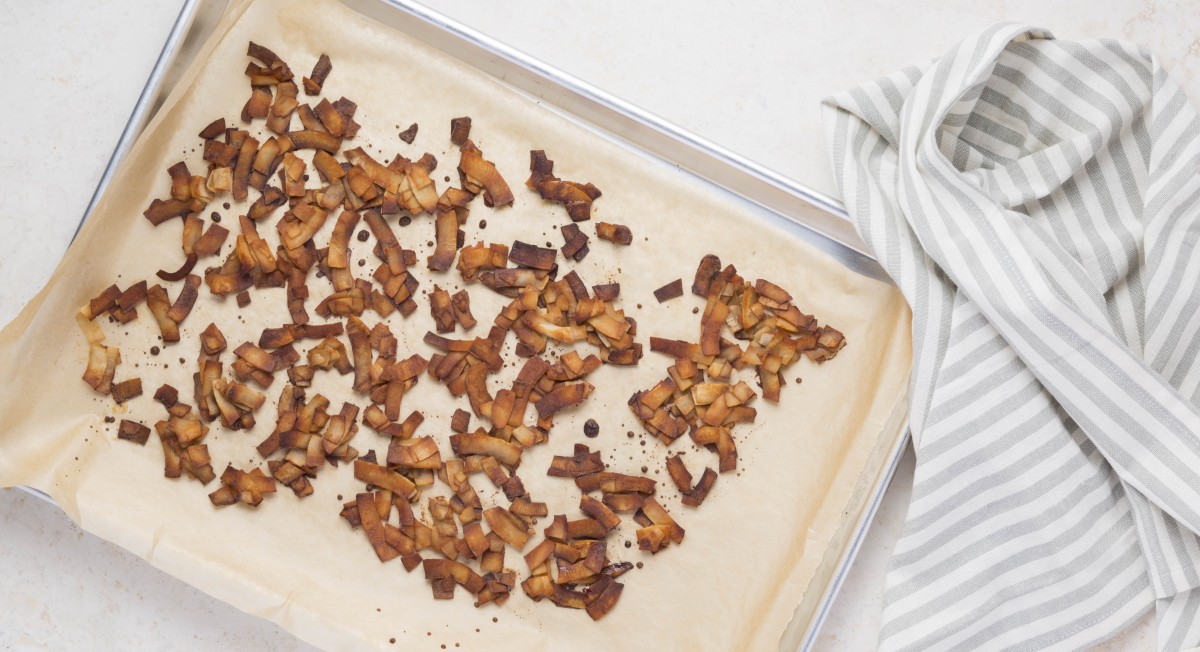 What Is Soy Sauce?

In ancient China, soy sauce was used as a method to both preserve food and enhance its flavor. This longstanding Asian condiment is made from boiled, fermented soybean paste that’s mixed with water, salt, and sometimes a toasted grain such as wheat. For this reason, most soy sauces are not gluten-free—reach for tamari if you need a GF option. 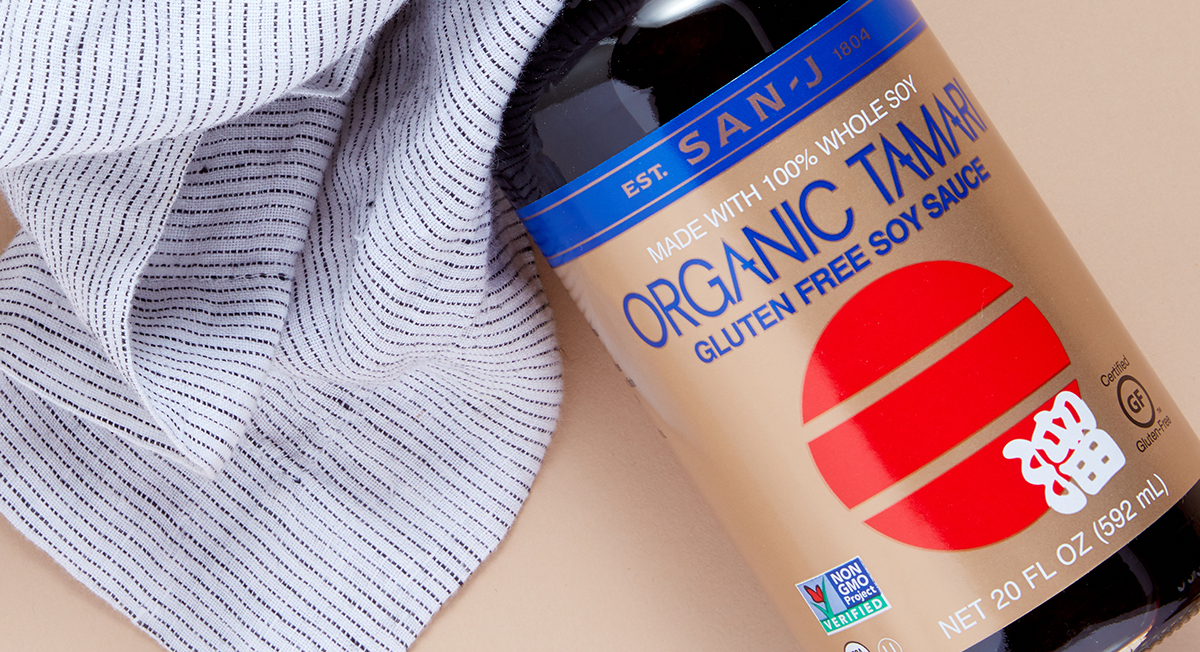 There isn’t just one type of soy sauce—get to know the wide range of colors and flavors.

Light soy sauce tends to contain higher levels of roasted grains (like wheat) and tends to be the least expensive and mildest tasting option on the market.

As the name suggests, dark soy sauce is richer in color due to its longer fermentation time. Check the labels, too—dark soy sauce often has caramel or molasses added.

There is one kind of soy sauce that is good for gluten-free diets. Tamari soy sauce is made predominantly with soybeans and no wheat. This gives it a slightly different flavor, although one that many consumers consider to be smoother and less salty. Tamari also has high vitamin B3 content and slightly lower sodium than soy sauce (about 700 mg per serving), but it does contain naturally-occurring MSG like most soy sauces.

Here are some benefits and nutrition facts to consider while choosing between soy sauce vs. liquid aminos.

Depending on your health needs, soy sauce might not be the best option for your cooking.

A great alternative to soy sauce is tamari, which is a gluten-free substitute that tastes remarkably similar to soy sauce. Here are a few recipes highlighting this ingredient.

The dipping sauce for this low sugar chicken satay recipe is pretty addicting. It comes together with sunflower seed butter, curry paste, tamari, and honey—perfect for chicken, fish, pork, and more.

Skip the noodles and enjoy a big bowl of carrots instead. This paleo-friendly dish is seasoned with nut butter, coconut aminos (or you can use tamari sauce substitute or soy sauce), coconut sugar, and ground ginger. 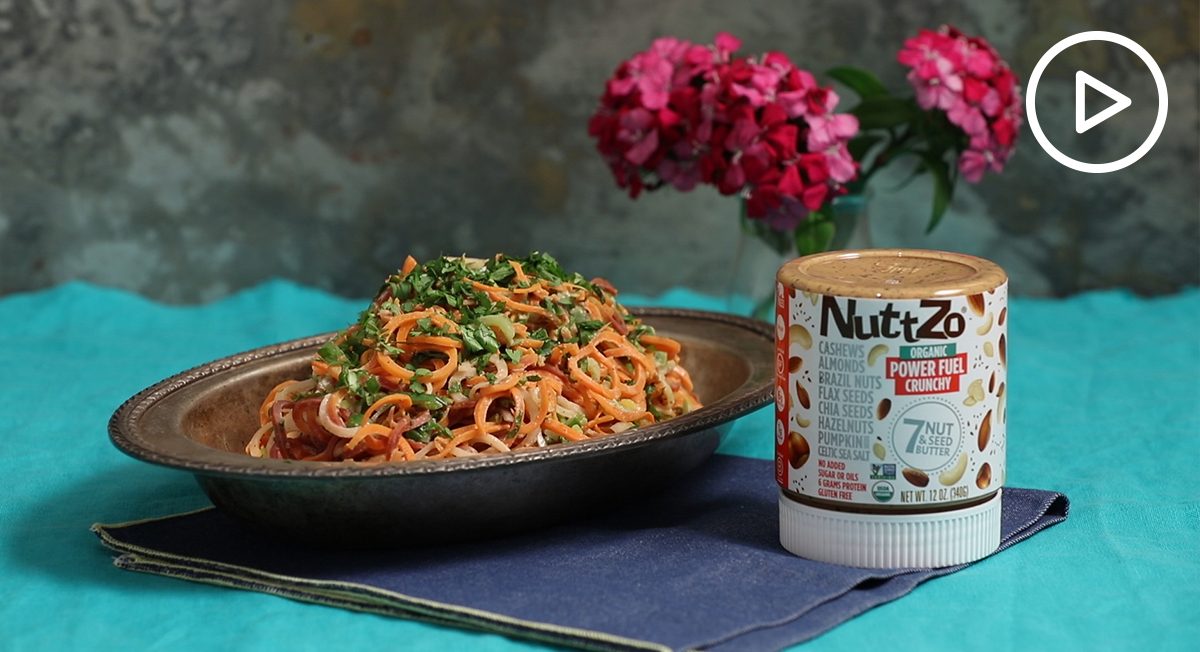