We’re definitely not planning to convince you whether gelato or ice cream is better—these frozen treats are both delicious, and it really comes down to personal preference. Although quite similar (both are made with custard base of milk and sugar) we’re sharing the scoop on what makes each version unique, our favorite additions for your freezer, and tasty recipes to try at home.

What Is Ice Cream? 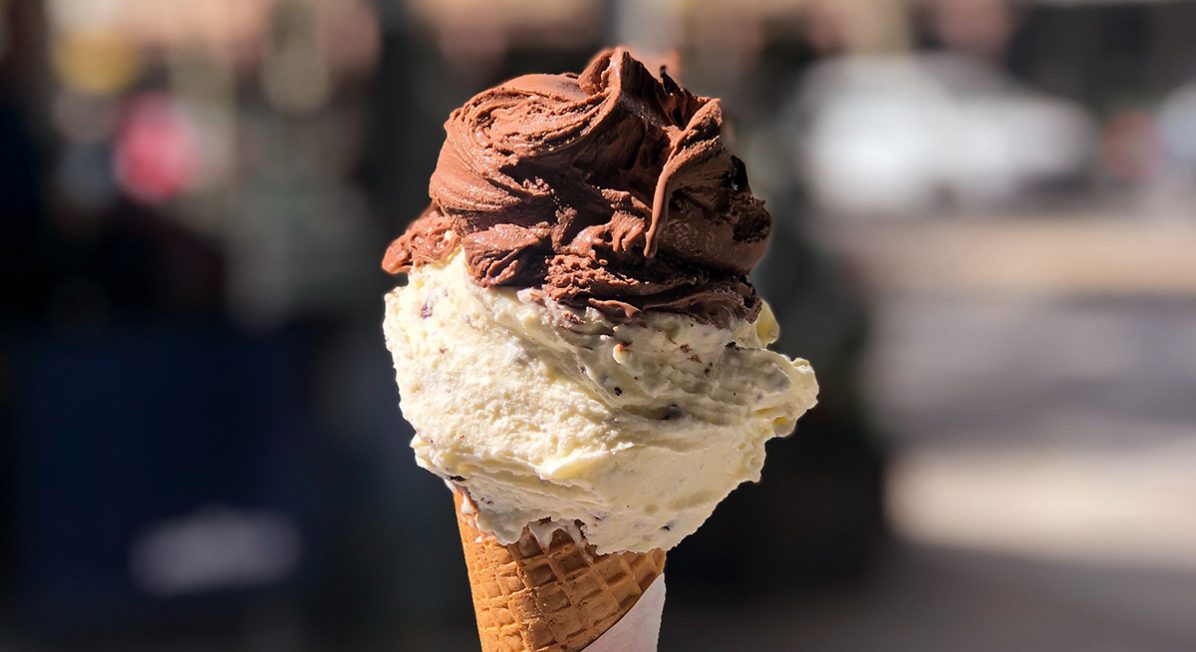 Classic ice cream is a dairy-based mixture of milk, cream, and sugar. Beyond a base recipe, there are myriad flavors to enjoy—everything from fresh fruit and tea-infused custards, to candy-studded and chocolate variations. In the U.S., ice cream must contain 10 to 16 percent milk fat. From a texture perspective, the higher the milk fat (which translates to less water and fewer ice crystals) the smoother the finished product will be.

Early versions of ice cream have been made for centuries. It’s believed that emperors of the Tang Dynasty were the first to develop a frozen milk-like recipe made with cow, goat, or buffalo milk that was heated with flour, placed into metal tubes, then sunk into an ice pool until frozen. In medieval times, Arabs drank an icy beverage called sherbet. PBS explains “these chilled drinks were often flavored with cherry, pomegranate, or quince. Over time, the drinks became popular with the European aristocracy. Italians are said to have mastered this drink-making technique, with the French following suit shortly after.”

No one knows exactly when ice cream reached American shores, but it’s suggested that European settlers introduced it in the 1700s. The first ice cream parlor opened in New York in 1774 by a British confectioner, and President George Washington is said to have spent hundreds of dollars (quite a sum in those days!) to satisfy his craving by installing ice cream pots in his Mt. Vernon home. The 19th century is when ice cream as we know today became more popular, thanks in part to increasing access to refrigeration. In 1843, an ice cream machine made from a wooden bucket filled with salt and ice was introduced in England and America, making ice cream an accessible homemade treat.

How Is Ice Cream Made?

Gone are the days of hand-churning ice cream in the backyard (although you can still have this nostalgic experience if you want to). Today, ice cream is whipped at a high speed, making it airier and less dense than gelato, and the process can be done with the press of a button.

All your favorite flavors are ready and waiting in our frozen aisle. 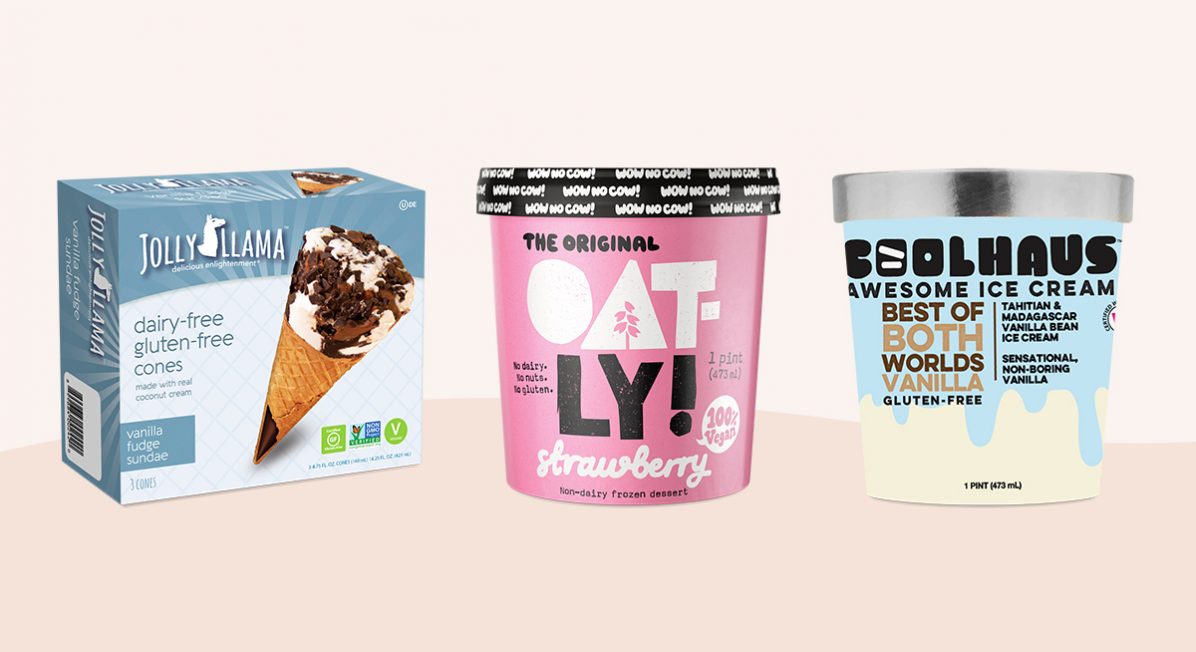 Bye, bye, boring. Vanilla is extra fancy in this recipe from Coolhaus that features both Tahitian and Madagascar vanilla beans. Thrive Market member Sedona from Wyoming has an entire ritual around this pint: “I don’t share. Ever. I find a corner (or often a bathtub) to hide while I devour it in one sitting.”

You won’t find any dairy, nuts, or gluten in this frozen dessert. Oatly’s sweet strawberry treat has an oat milk base and is studded with fresh fruit. Stacey from Iowa says “I love strawberry ice cream and can’t have dairy so this is a great option. It has a really nice creamy texture and great flavor.”

You’ll feel like a kid again when enjoying this fudge cone from Jolly Llama. It starts with a dairy-free and vegan vanilla base, adds a swirl of gooey fudge, and tops it off with crunchy chocolate chips. 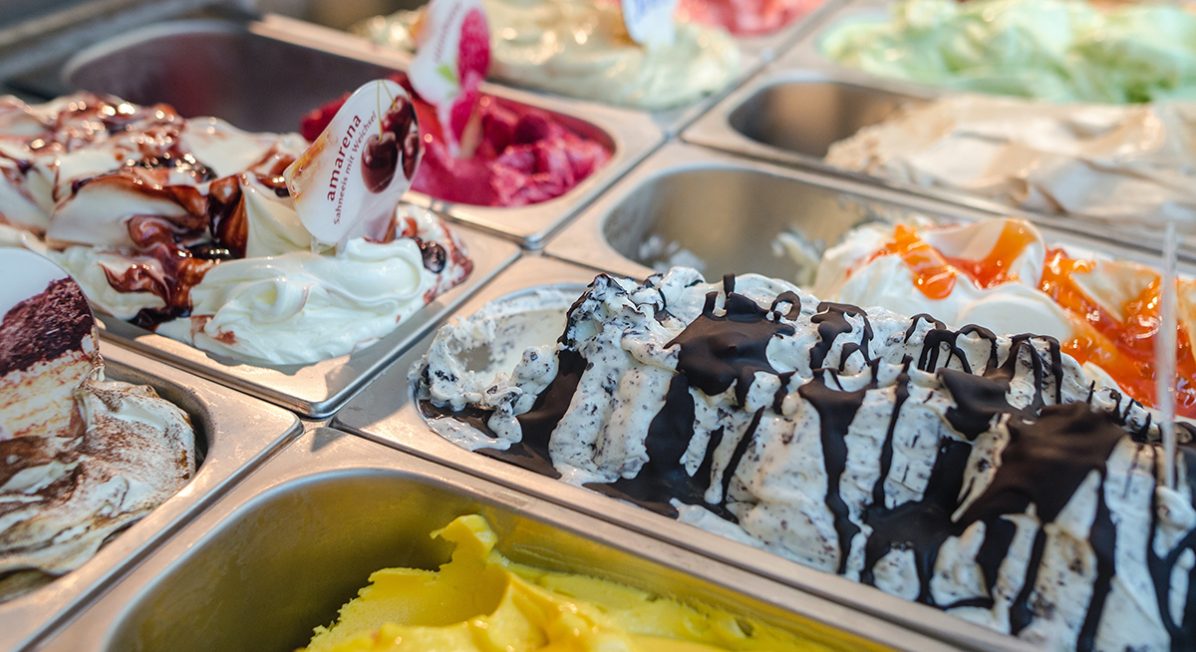 Made from a custard base of milk, cream, and sugar, think of gelato (the word for ice cream in Italian) as the denser and richer cousin to its American counterpart. The main difference is in proportion. Gelato tends to have more milk and less cream, and doesn’t use egg yolks the way American ice cream does.

In Italy, frozen desserts have been made for thousands of years, but the Renaissance is when gelato is believed to have been invented. Antonio Latini—a man working for a Spanish Viceroy in Naples during the 1600s—is credited with being the first person to write down a recipe for sorbetto, a milk-based sorbet. In 1686, a Sicilian named Francesco Procopio dei Coltelli opened a Parisian café that introduced gelato to the French, and is known as the “father of Italian gelato.”

How Is Gelato Made?

Gelato is churned very slowly, then stored and served at a slightly warmer temperature so the custard is a softer texture and not completely frozen. There are usually dozens of flavors to choose from in a modern gelateria, but classics include chocolate, hazelnut, pistachio, and stracciatella (a sweet cream flavor with chocolate chips mixed in).

These picks are ready to help you achieve gelato nirvana. 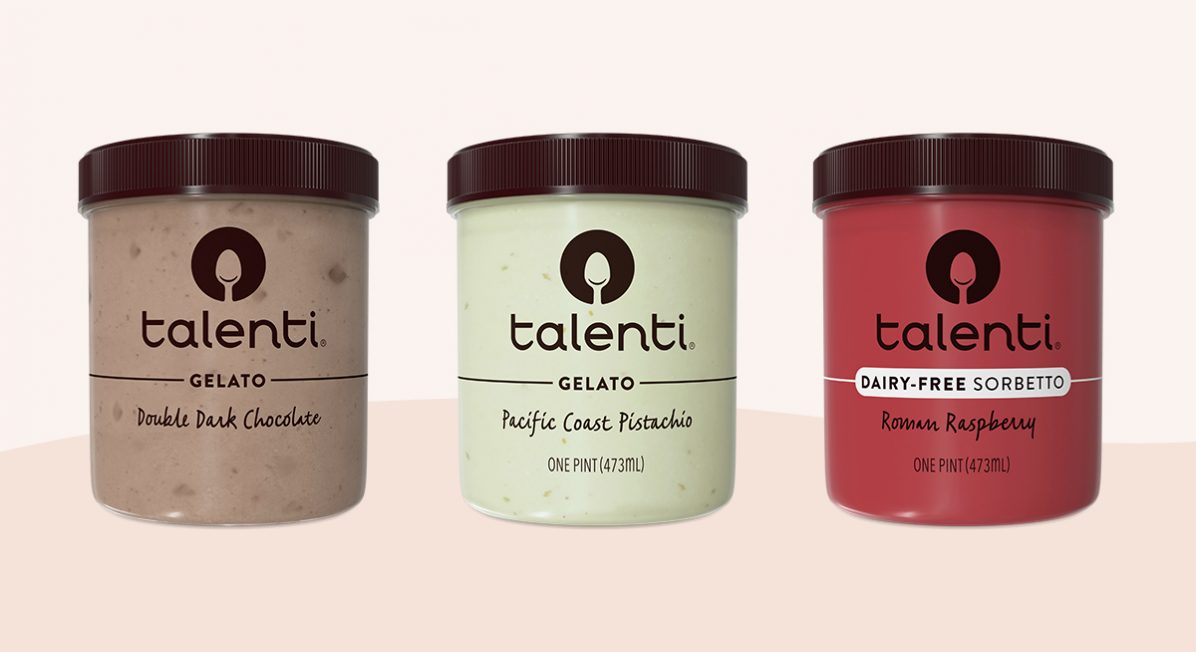 Sweet, earthy, and classic. Talenti’s craveable gelato is made with roasted California pistachios, milk, cane sugar, and fresh cream. Leigh from Idaho says this gelato is “excellent” and reports that the flavor and texture is “beautiful, even after being in the freezer for a week.”

Chocolate lovers, rejoice. Talenti blends this rich gelato with semi-sweet chocolate morsels and a dash of vermouth for just the right amount of sweetness. Karen from Michigan says “just a spoonful after dinner is enough to satisfy my sweet tooth!”

A vegan and dairy-free dream, Talento’s sorbetto is intensely flavored with ripe raspberries and a hint of lemon. Danielle from South Dakota admits that “we fight over this a bit in my house. It’s a favorite treat and everyone wants it!”

From dairy-free delights to ice cream spiked with coffee for a little pick-me-up, try our easy dessert recipes. 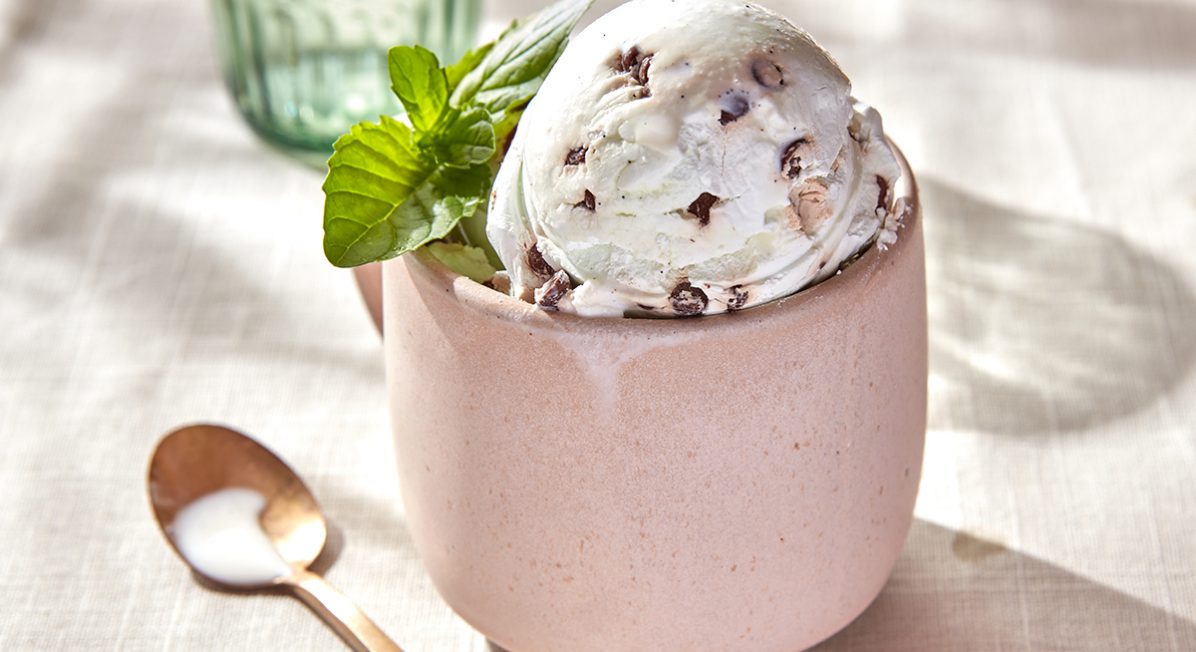 Yes, ice cream can be a power snack. Just add protein powder and matcha powder to coconut milk for a fro-yo-style treat to enjoy anytime.

It all starts with oat milk. This dairy-free dessert combines vanilla beans, egg yolks, sugar, and gluten-free sandwich cookies for a family-friendly recipe.

When it comes to unique ice cream flavors, look no further than this keto-friendly option. Every bite is rich and creamy (but without the dairy) and filled with rich chocolate flavor from cacao and dark chocolate.

A scoop of beneficial collagen takes this elegant sorbet to wholesome heights. You won’t taste the powder in the finished recipe, but your joints may enjoy a boost.

This isn’t your childhood milkshake. Our updated version combines dairy-free ice cream with almond milk, banana, and fresh grapes for a beautiful purple hue. For added nutrition, this recipe has a scoop of protein powder too.

This dairy-free recipe comes from Dr. Mark Hyman and uses raspberries for added vitamin C and fiber. Plus, you don’t need an ice cream machine! Just use a high-speed blender with a tamper to make the base before freezing.