What Is Sustainable Farming?

Sustainable farming is a growing movement that promotes the production of food, such as crops and animal products, through various farming techniques. These methods are used to support small family farms that raise healthy crops and livestock, protect the environment, stimulate local economies, and provide better health opportunities for consumers. In order to fully understand the importance of sustainable farming, however, it’s key to also identify the origins behind it.

Since the end of World War II, agriculture has changed significantly due to new technologies, mechanization, increased use of chemicals, and further specialization. In that time, government policies have pushed for larger, more intense farm operations—also known as industrial farming. Because of this, massive corporations are now the producers of seeds and crops, as well as processors of meat and dairy, allowing them to control most facets of the food system.

Not only does this give them ultimate power to sway markets and pricing, but it also gives them the ability to influence food and agricultural regulations. Some of these large agricultural businesses are even branded as monopolies since they have the power to say what consumers get to eat, what people pay for food, and what wages farmers are ultimately paid for their livestock and crops.

The reason government initially got behind this type of factory farm model is because of one thing: maximizing production. Industrial farms can produce mass quantities of cheap food in a short amount of time; however, this efficiency fails to acknowledge several hidden dangers to the environment (such as topsoil depletion and groundwater contamination) as well as the devastating effects to family farms (poor living and working conditions for farm laborers, increased costs of production, and the decline of economic and social conditions in rural communities).

The growing concerns over modern farming techniques have skyrocketed in the last several decades, birthing a movement that challenges the role of the agricultural establishment and their promotion of these harmful practices. Instead, critics have been rallying around the idea of sustainable farming, or sustainable agriculture, which aims to address the increasing environmental and social concerns while also offering innovative and economically feasible opportunities for growers, laborers, consumers, and policymakers.

Here are some of the benefits this agricultural model offers, and ways that you can help promote more sustainable methods.

Sustainable farms don’t rely on toxic chemicals, pesticides, synthetic fertilizers, or GMOs to produce healthy crops. Instead, farmers grow a variety of plants and use techniques such as crop rotation, conservation tillage, and pasture-based livestock to protect biodiversity and help maintain healthy ecosystems.

This is the practice sustainable farmers use to grow a number of various crops, in the same plot of land, during sequenced seasons. The purpose is so that farm soil is not fixed to only one type of nutrient and can be adaptable, which helps to reduce soil erosion.

You may be thinking, “So what? It’s dirt.” But soil is so much more than that—it’s the Earth’s skin that anchors all life on this planet. It encompasses various species that make up a complex ecosystem and it’s one of the most vital resources to humans, thanks to its use in farming. In fact, soil erosion due to industrial farming is the second largest environmental problem in the world.

Its effects have led to increased pollution in rivers and streams, which backs up waterways and dwindles populations of fish and other species. When soil is degraded, it’s also more difficult for it to hold in water, making it harder for crops to grow. While these are just a couple facts to take note of, according to David Pimentel, ecology professor at Cornell University, soil erosion compounds even more on a national and global scale: 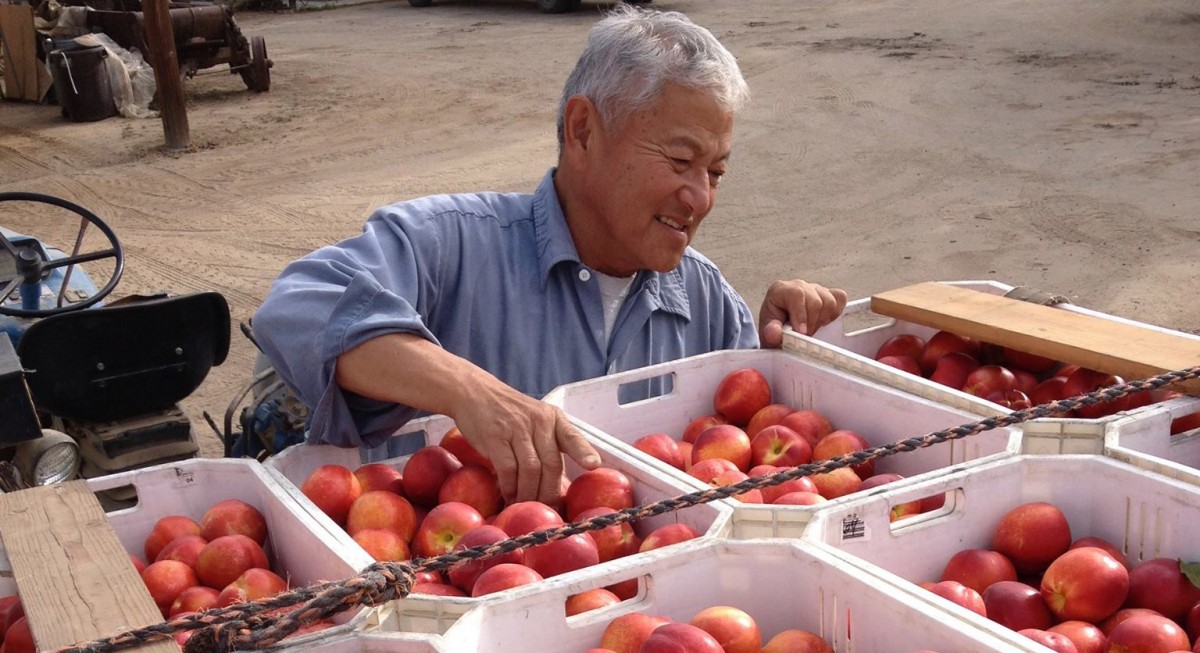 This is another sustainable farming method in which soil cultivation leaves behind the previous year’s crop residue, such as corn stalk or wheat stubble. By leaving residue on the fields before and after planting the next crop, it helps to reduce soil erosion and runoff by 60 to 90 percent (depending on the tillage method used).

How does it work? Think of it as an umbrella: Pieces of crop residue act as a shield to protect soil particles from rain and wind until the new plants can grow in and can produce their own canopy over the dirt. Conservation tillage is also beneficial for conserving water since it reduces evaporation at the surface level where the soil rests and enhancing crop growth through dry periods and droughts. Additionally, tillage helps keep the air cleaner because it reduces the amount of dust that is blown around—and therefore reduces the amount of carbon dioxide that is released into the air.

This practice is exactly what it sounds like—allowing farm cattle to live in an open range or pasture. A critical component of sustainable farming is treating animals with quality care and upholding practices that provide them with good health. Raising cattle in free-range pastures allows them to move freely and engage in instinctive behaviors rather than the inhumane, overcrowded feedlot system where diets are made up of grains, animal flesh, bones, hooves, and remnants of hay. These cattle are regularly pumped with antibiotics to fight off the diseases, oftentimes caused by stress, and given growth hormones so they can grow bigger and fatter, producing more meat for the factory farms, and ultimately more money.

Rather, animals raised in a sustainable environment are able to eat a diet that is more natural and biologically appropriate for their digestive system, but grazing also positively contributes to the environment in many ways:

Food production should never hinder human health. Because sustainable crop farms don’t use any hazardous pesticides, farmers are able to grow vegetables and fruits that are safe for consumers, as well as workers and local communities. Similarly, sustainable livestock farms raise their animals without dangerous practices such as antibiotics or growth promoters.

Research shows that pasture-raised meat, eggs, and dairy are far superior to products from livestock that are pumped with artificial growth hormones, are fed poor diets, and live in tight quarters. Not only are the free-range foods lower in calories and fat, but they also have higher levels of vitamins, minerals, and a healthy balance of Omega-3 and Omega-6 fatty acids. With sustainable farming there is no guessing how the food was raised, what the cattle was pumped with, or where the meat came from. With careful and responsible management of livestock waste, sustainable farmers are also protecting people from exposure to pathogens, toxins, and hazardous chemical pollutants.

When you buy pasture-raised products, you’re taking a step to maintain good health, protect the environment, and improve animal well-being. Additionally, you are also supporting the farmers who dedicate their time to providing the best quality food from farm to table.

Studies show that sustainable farming supports local economies when people can buy goods directly at neighborhood markets. Additionally, small family farms are more likely to purchase their farm-related tools, such as machinery, farming supplies, and seeds, within the community. Furthermore, food that is raised, grown, processed, and distributed locally (to markets and restaurants) creates and maintains jobs, and therefore helps stimulate the surrounding area.

A study conducted by the University of Minnesota showed that small farms with gross incomes of $100,000 or less made nearly 95 percent of farm-related expenditures within their immediate area. This has a “multiplier effect,” meaning for every dollar the farm spends, a percentage remains in the neighboring economy. On the contrary, the study found that factory farms with gross incomes of $900,000 or more made less than 20 percent of farm-related expenditures in town, instead opting to purchase equipment, supplies, and animal feed from the same massive agricultural companies that dominate the market.

If you shop in a chain supermarket, don’t be discouraged—you can still find local, sustainable, and organic groceries. Just ask the store manager to see what produce on the shelves are from local farms if there are no signs posted. You can also ask the butcher or manager of the meat department to see if the meats are organic and pasture-raised.

While the answer might not always be yes, it’s okay to make a request and ask the store to provide the meat you are looking for, especially if you are a regular shopper. If the supermarket doesn’t sell the type of groceries you want and is not willing to stock it, there are plenty of other options to explore, such as farmers’ markets, community-supported agriculture (CSAs), even Thrive Market. Our online health food store sells numerous organic and sustainably-raised foods that many families trust and love.

Emily lived most of her life in Orange County before relocating to Chicago, followed by NYC. She recently made her way back to the West Coast and now lives in Los Angeles with her adorable cat, Charlie Murphy. Her background is in Copywriting &amp; SEO for Fortune 500 companies, and also worked as an assistant editor and blogger for different brands in the fashion industry during her time in NYC. Aside from her love of writing and eye for style, Emily likes to travel, read anything Anthony Bourdain related, and go on spontaneous adventures.