You Won’t Believe What Raw Eating Did for One Woman

Angelica Xavier hadn’t been to the doctor in 10 years. Vegan, active, an avid yogi and runner, Xavier was the picture of clean living—she barely even caught a cold.

Then everything changed. Almost overnight, she went from a vibrant, young mom to someone who could barely get off the couch.

She was diagnosed with Hashimoto’s disease, also known as chronic lymphocytic thyroiditis, an autoimmune disease in which the immune system attacks the thyroid. It’s the number-one cause of hypothyroidism in the United States, often revealing itself later in life—most commonly in middle-aged women. Hashimoto’s can bring about a number of debilitating symptoms: fatigue, listlessness, depression, unexplained weight gain, muscle weakness.

“I went from totally active to a total funk,” says Xavier, the founder of raw snack company Goodbites. “On the sofa, stationary with no energy. I was depressed and lethargic.”

Xavier turned to the internet and found loads of information on raw vegan diets (which principally is eating all uncooked, unprocessed plant-based foods) and their alleged healing powers—from correcting autoimmune diseases to curing cancer. Figuring it couldn’t hurt, she began drastically changing the way she ate, and within 30 days she felt transformed. 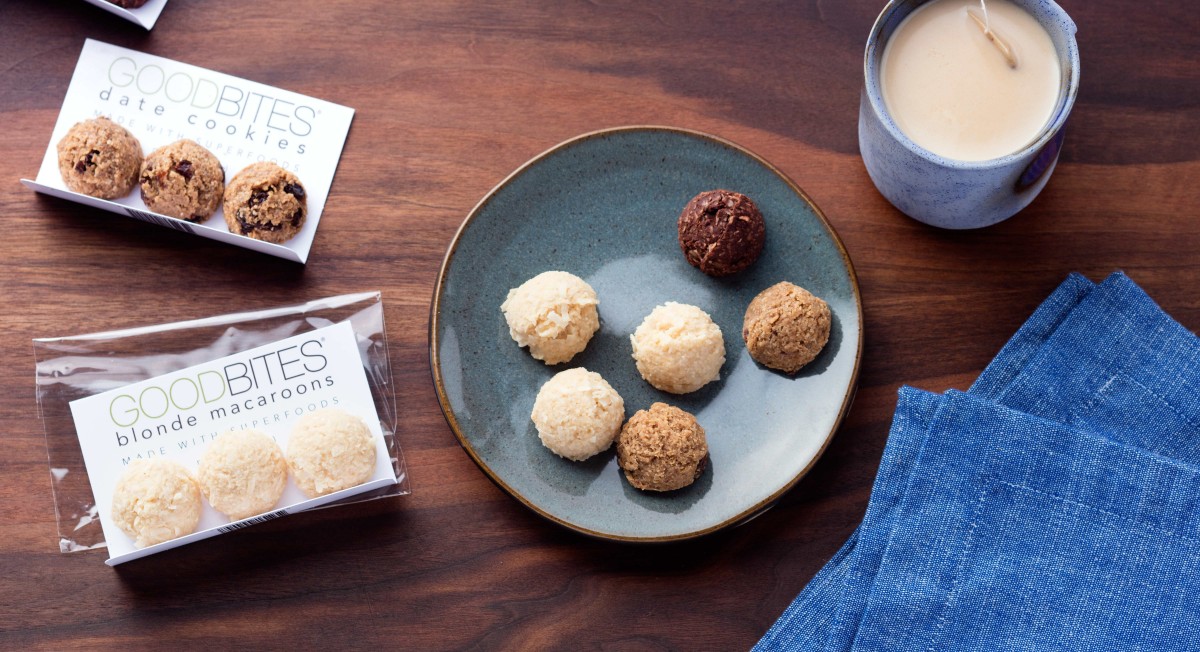 Proponents of raw diets, or raw foodism, believe that cooking destroys the vitamins in food and nearly all of plant’s immune-boosting nutrients. Preparation of food is important. As a rule, nothing is heated over 105-120 degrees, and nothing is pasteurized, homogenized, or produced with the use of synthetic pesticides, chemical fertilizers, industrial solvents or chemical food additives.

While her newfound raw foodism revived her, she also had her teenage son to consider. She had to find a balance between preparing food for optimal health, and finding recipes that wouldn’t be met with “yuck”. Snacks, in particular, were a point of contention.

“He said ‘Do NOT put those in my lunch!’” Xavier says, laughing, remembering her son’s description of the raw, vegan snacks available at the time: “They taste like swampy cardboard.”

She opened up her raw cookbook and started playing with what she thought were mediocre recipes, pushing them as far as she could while staying within her dietary limitations. She started adding in various superfoods, like goji berries and cacao, as a way to build flavor and maintain nutritious value. Superfoods are like the heroes of the food world—loaded with nutrients and full of unique flavors—they’re also a great add to raw dishes.

It was like her a-ha moment. She developed snack recipes her son loved, that were still raw, vegan, nutritious, and super tasty. Come to find out, there was an even bigger audience for her recipes than she thought.

Shortly thereafter, Goodbites was born. The superfood snack company makes raw, organic, vegan, gluten-free, non-GMO treats that are nothing like you’d expect (think truffles and cookies). Bursting with flavor and natural sweetness, it’s hard to believe they’re actually good for you—until you eat them. Rather than the sugar peaks and crashes that come with most sweets, Goodbites leave you feeling energized, both physically and mentally. 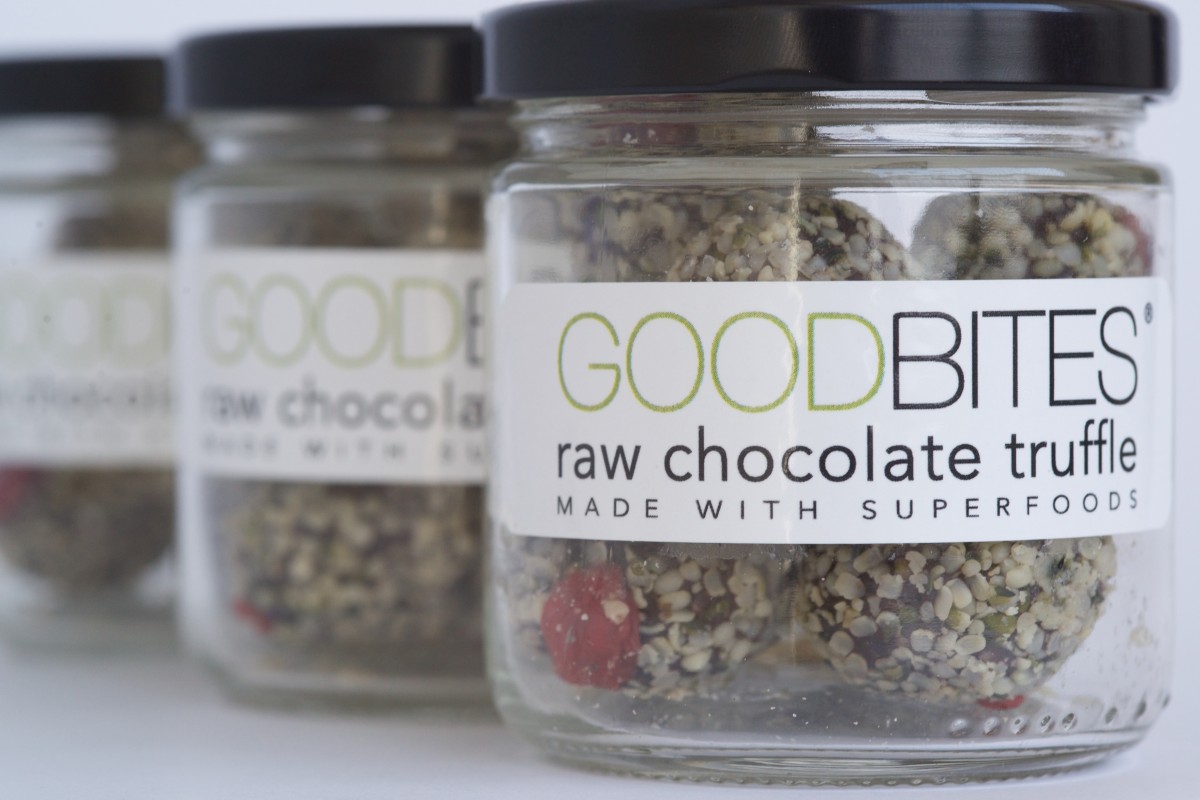 One of their most popular items, the Raw Chocolate Truffle, is made with cacao, goji berries, hemp seed, coconut oil, honey, spirulina, tocotrienols (a natural compound that makes up part of Vitamin E), Himalayan pink salt, and pure vanilla powder. Spirulina is an incredibly high-protein plant-based food. Cacao has manganese and magnesium which can help boost your mood, while coconut oil, a healthy fat, and hemp seeds, a nice stabilizing protein, will help fill you up.

Going raw may not be for everybody, but it’s the small transitions that start to impact the bigger picture—like snack time. Rather than wolfing down empty calories from chips or candy, why not eat something with nutritional value that tastes like an indulgence?

“I encourage people to eat foods that enrich their lives, that taste great, and are beautiful,” says Xavier, adding that this is the principle behind her company. “Anyone who’s scared of going raw, or vegan, or organic shouldn’t be… Do what works for your life. But I guarantee, the more you eat like this, the more you’ll want to.”

In addition to Thrive Market, Megan has written copy for brands like Armani, Alexis Bittar, Nine West, Equinox, Olay, and (even) Jim Beam. Her health, beauty, and lifestyle coverage has been featured in Refinery29, Black Book, i-d, and others. After moving from New York, she found her home in Santa Monica, where she lives with her dog and fiance.