The cough might be the most annoying of all cold symptoms. The body spasms, the raw feeling in the back of your throat—and the fact that it might wake you up in the middle of the night and even draw glares from your cubicle-mate at work. Not to mention it can seem impossible to get over—the average cough lasts a full 18 days.

Thankfully, there’s hope for feeling better, beyond those neon syrups at the drugstore. In fact, some of the most effective treatments are probably already in your kitchen cabinets. We’ve rounded up the most potent natural remedies and a few DIYs to get rid of that cough ASAP (or at least ease the symptoms). 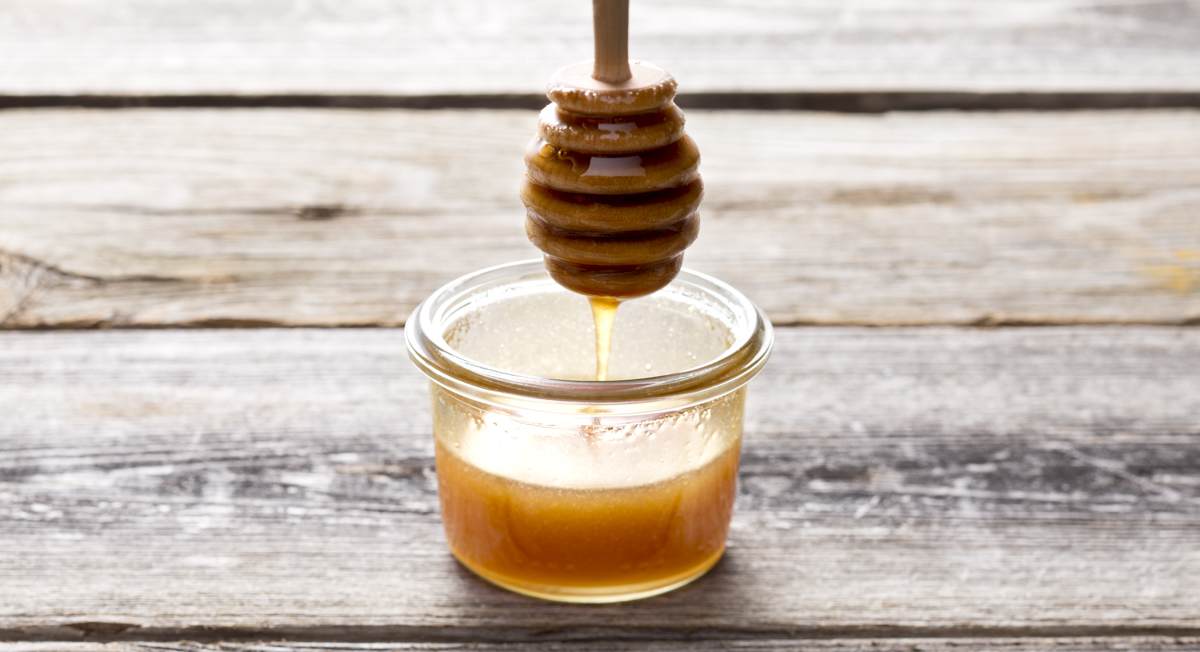 Herbs and foods that can help heal a cough

Sipping a hot cup of tea sweetened with honey just plain feels good when you’re sick, but it actually has real power. Researchers at Pennsylvania State University found that a small amount of honey did a better job of relieving nighttime coughing in children than dextromethorphan (DM), a common cough suppressant. Plus, raw honey doesn’t have any noticeable side effects, while the over-the-counter stuff can cause severe muscle contractions and spasms. Unlike the conventional kind, raw honey is also antibacterial, full of essential vitamins and minerals, and comes with a laundry list of other health benefits.

Is there anything probiotics can’t do? We already know they can improve gut health, regulate digestion, and boost your mood, but now, evidence shows they can also help prevent the common cold. A Thai study found that schoolchildren given a specific combination of Lactobacillus acidophilus and Bifidobacterium bifidum probiotics were less likely to get sick than their counterparts who took a placebo.

If you do catch a bug, probiotics might also help you recover more quickly. German researchers found that adults who took vitamins, minerals, and probiotics during cold season had less severe symptoms and got over them faster when they got sick, though it’s impossible to tell whether the probiotics or other supplements were responsible.

When mom used to slather VapoRub on your skin, she was onto something. The balm gets its strong scent from menthol, a compound found in peppermint that works as a decongestant. Some studies show that inhaling the vapor can also suppress the urge to cough—that’s a solid one-two punch against any cold. A few drops of peppermint essential oil in a diffuser or rubbed on your chest should do the trick, without the added chemicals.

Menthol also creates a cooling sensation, which explains why it’s found in both sore throat medications and patches meant to relieve aches and pains. Try sipping peppermint tea for even more cough-calming relief.

Instead of loading up on orange juice, pick up some pineapple instead. It alone is high in the enzyme bromelain, a compound that’s been found to suppress coughs and loosen mucus. Not to mention, pineapple is high in vitamin C and other minerals that can give the immune system a much-needed boost.

Licorice root (and the tea made from it) tastes rich and slightly spicy. It’s an expectorant, meaning it helps you cough up phlegm, and also leaves a protective coating over the back of the throat to ease irritation.

Cinnamon is both antimicrobial and anti-inflammatory, so it has the ability to knock out the germs causing your illness and calm inflammation. Try stirring a sprinkle into your tea, or follow the recipe for DIY cough drops below.

Thyme has been used for thousands of years to treat coughs and other respiratory illnesses, and anecdotally, it’s effective. Some home remedies suggest steeping fresh thyme leaves in boiling water, then drinking it. But talk to your doctor before trying this, as thyme can interfere with some prescription medications.

This pungent essential oil works as an expectorant, loosening mucus and relieving congestion. But it’s toxic if taken orally, so only use it in aromatherapy or topical chest rubs (learn how to make your own below!).

If your throat feels raw and scratchy, turn to sage. It’s antibacterial and anti-inflammatory, and when brewed into a tea, does wonders for a sore throat. Follow this recipe for a quick fix.

Now that you know the key ingredients, here’s how to really put them to work in three simple recipes for homemade remedies. You may never have to turn to bubblegum-flavored syrup or drowsiness-inducing pills again!

It doesn’t get much easier than these slightly spicy and tart cough drops, which get their soothing properties from coconut oil and raw honey. Not only do they taste better than most store-bought options, but they also cost just cents to make.

Instructions
Whip coconut oil with a hand or stand mixer for about 5 minutes. Add honey, lemon, and cinnamon, then continue whipping for 5 more minutes or until well combined.

Divide mixture into sections of an ice cube tray, filling each a quarter to halfway full, depending on the size of the sections. Freeze for about 20 minutes. Pop the cough drops out of the tray and store in a jar in the refrigerator. Dissolve one on the tongue to relieve a scratchy throat, as many times a day as needed.

Amp up raw honey’s already impressive benefits by combining it with antibacterial sage and vitamin C–packed lemon. Unlike the grape-flavored bottled version, this cough syrup won’t make you gag or leave you feeling woozy. Another bonus: Since it’s made only of whole foods, you can have as much as you want without fear of overdoing it or experiencing any nasty side effects.

Instructions
Simmer all ingredients in a small pot over medium heat. Remove from heat, cover, and let sit for 10 minutes. Strain through a sieve into a small jar with a lid. Let cool and store in refrigerator up to one month. Drink 1 to 2 tablespoons at a time to relieve cough, as symptoms persist.

This recipe comes from the queen of natural remedies herself: Wellness Mama. And it’s intense—in a good way! One whiff will open your sinuses and help you get rid of all that phlegm.

Before using it on kids, check with your pediatrician. Because essential oils are so strong, they can irritate the skin and even cause respiratory problems in young babies and small children. We’ve included a few suggested modifications for little ones below, but it’s still best to check with an expert before slathering it on.

Instructions
Melt beeswax with oil of choice in a double boiler. Add essential oils and stir until well combined. Pour into a short, wide jar or tin with a lid for easy access. Let cool and store at room temperature. Massage into chest as needed to help reduce coughing and ease congestion.

Too ill to bother mixing up your own DIY concoction? Pick up these three natural remedies to get you through.

The reason why you see Ricola drops in just about every drugstore, gas station, and supermarket is because they really work to quiet coughs and soothe irritated throats, thanks to menthol and a comforting blend of herbs. The flavor is actually quite nice, too!

Organic peppermint, lavender, eucalyptus, and tea tree essential oils give Badger’s formula the power enough to open up even the most congested sinuses. Massage it all over your chest, then lie back, relax, and breathe deeply. You’ll be on the road to recovery in no time.

A vitamin-packed drink mix with vitamin C and zinc, both of which have been shown to help you feel better and get over a cold more quickly. Mix up a glass as soon as you start to feel under the weather, and keep knocking it back as symptoms persist.

Other natural ways to soothe a cough

Gargling—with plain water or anything else—has some major cold-fighting benefits. One 2005 study followed almost 400 people over an entire cold and flu season. The subjects who gargled three times a day were not only 40 percent less likely to get sick, but also found their symptoms weren’t so bad if they did become under the weather.

And using salt water seems to have even more benefits. It draws liquid out of an inflamed throat, reducing the pain, and also gets rid of some of the mucus, bacteria, and fungi that cause irritation. The Mayo Clinic suggests dissolving 1/2 teaspoon salt in warm water, then gargling with it and spitting it out.

When you’re stuck with a cough that just doesn’t produce phlegm, turn to one of the simplest remedies of them all: steam. Humidity can soothe dry, painful airways and loosen mucus in your sinuses and chest. Take a long, hot shower with the fan off, breathing deeply all the while, or use a humidifier while you sleep.

Just be careful not to overdo it—too much steam can cause dust mites and mold to grow in your bedroom or bathroom, and that’s certainly not going to help you get better.