The Amazing Health Benefits of Ginger

It seems like the spotlight is always shifting when it comes to certain superfoods being touted as the next health miracle: bone broth, amaranth, coconut. But for centuries, a certain root with powerful medicinal properties has been quietly healing the world: ginger. Time to get up close and personal with this ingredient and learn how to reap its benefits.

Want proof of the potency of ginger? Well, it’s one of the few superfoods that has undergone years of scientific testing and that consistently showcases myriad health benefits. It’s been prized for thousands of years by healers throughout the world including in Asia, India, and the Middle East. On the Japanese island of Okinawa, home to one of the largest populations of centenarians in the world, it happens to be a staple in gardens and diets. No wonder the natural health community is obsessed.

Examining the plant, its chemical composition, and the many ways it can help your health is worthy of a closer look—and it might surprise you. With that in mind, let’s delve deeper into the power of ginger. 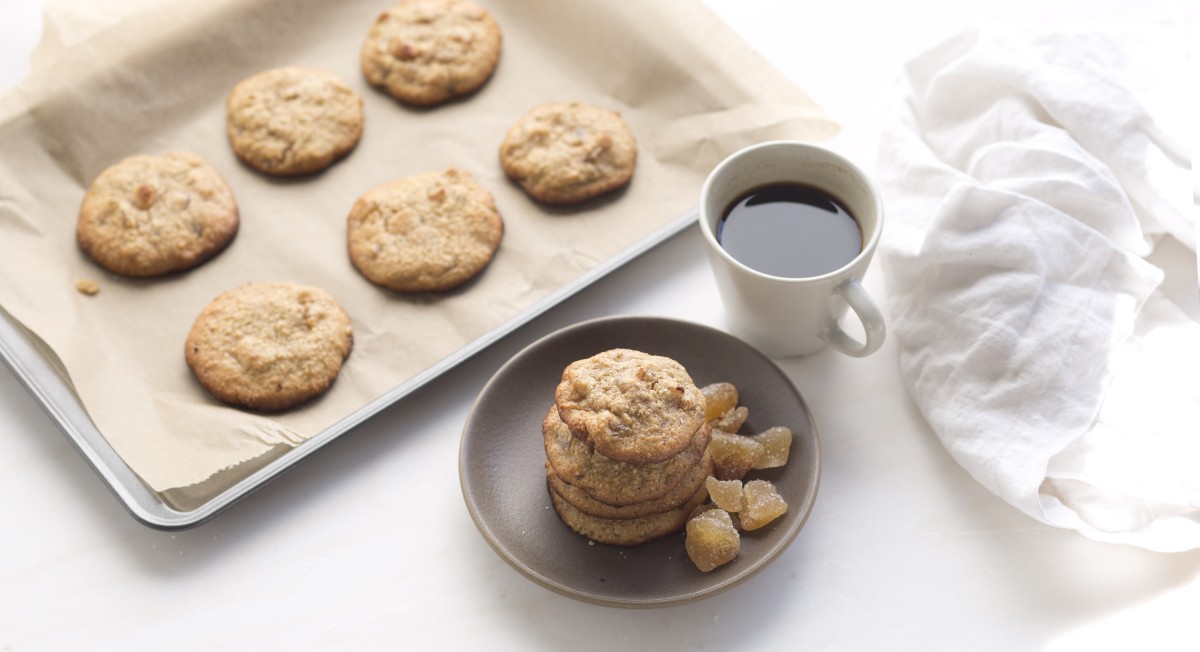 Before we go into the specific health benefits, let’s talk a bit about what ginger is. Chances are good that you’ve already eaten it in various forms—from ginger ale to ginger snaps to various Asian or Indian dishes in which it’s featured as a key ingredient.

Ginger is a plant similar to turmeric in terms of how it grows, and it’s primarily found in tropical locations. The root of the plant is what’s used, and it’s initially covered by a brown-colored skin that’s sliced off to reveal the yellow, white, or red “meat” underneath. It’s distinct smell and spicy, zesty flavor is unlike anything else—which is why it’s found in a wide variety of recipes. Here are a few favorites from our own archive:

As mentioned above, the plant has a long history of use in traditional medicine. Records dating back to the 16th century proclaimed that ginger worked wonders on upset stomachs—and it was used early on to treat nausea, vomiting, and seasickness. Today, those claims are backed by science (more on that below) and the plant is still used regularly to treat digestive maladies and more.

The main health benefits of ginger

Here are just some of the ginger’s many healing powers.

This is the most well-known benefit of ginger, and the one that’s been most heavily researched and backed by science. The root has been used for thousands of years to combat nausea, particularly seasickness. Today, it’s a remedy for everything from alleviating morning sickness in pregnant women to combating chemotherapy-related sickness in cancer patients. Several studies have already shown that ginger can reduce nausea, and new research keeps surfacing on the topic.

You’re already seeing a pattern here: that ginger can help with stomach-related issues. A new study found that it can actually speed up the process of digestion and of emptying the stomach, which in turn can help relieve symptoms of chronic indigestion.

Sore muscles can slow you down, and ginger can help reduce them dramatically. It’s especially useful at fighting off exercise-induced pain. A recent study found that all it takes is consuming about 2 grams of ginger per day to significantly minimize day-to-day pain progression and flare-ups.

The ginger plant contains a compound, gingerol, that works as an anti-inflammatory agent, and studies have found that ginger extract can reduce discomfort in those coping with osteoarthritis. Ingestion of ginger is the primary way to experience this effect, but according to Ayurvedic medicine, a tincture containing ginger, cinnamon, sesame oil, and mastic can work when used as a topical ointment.

Some studies have found that ginger can reduce menstrual pain just as effectively as major over-the-counter pain relievers including ibuprofen.

Ginger can lower blood sugar levels according to a number of studies, and may even help reduce diabetic issues.

The above study on blood sugar control also found that daily use of ginger powder reduced the ApoB/ApoA-I ratio and markers for oxidized lipoproteins—both key risk factors associated with heart disease—by 28 and 23 percent respectively. That means regular intake of ginger might lower the chance of heart-related problems.

OK, so ginger can’t cure cancer. But a recent study found that it could support the treatment of certain types of cancer. More research is needed, but researchers believe the plant can not only help target cancer cells but also mitigate certain side effects of chemotherapy. If you’re combating this disease, talk to your doctor about incorporating ginger into your regimen.

Another claim that hasn’t been extensively researched, but is nevertheless worth looking at. Some research suggests that antioxidants in ginger could help prevent certain inflammatory responses that may lead to Alzheimer’s disease.

Ginger extract has been shown to inhibit the growth of various types of bacteria in particular health problems like respiratory infections, gingivitis, and other inflammatory infections. It’s a natural antibacterial remedy that can help ward off numerous illnesses. Even the common cold seems to be reduced in severity with the use of ginger.

The primary compound in ginger that has medicinal health benefits is gingerol—and one of the best things about the plant is that no matter what form it’s in, you’ll end up getting this substance. You can take it as a powder or in dried ground form. Some eat ginger raw, while others chew ginger candy or gum or sip ginger tea or juice.

As a preventative, it’s easy to add ginger into your diet. Try to incorporate some ginger-based dishes or foods into your meal plan a few times a week.

If you’re experiencing motion sickness or nausea and want fast relief, try eating a few slices of fresh or pickled ginger—it works almost instantly for a lot of people (some swear by ginger chews, too.) Another excellent option is to brew fresh ginger in hot water for a tea, the preferred method of many natural health experts.

If you feel a cold coming on, try this DIY ginger-turmeric wellness tonic. 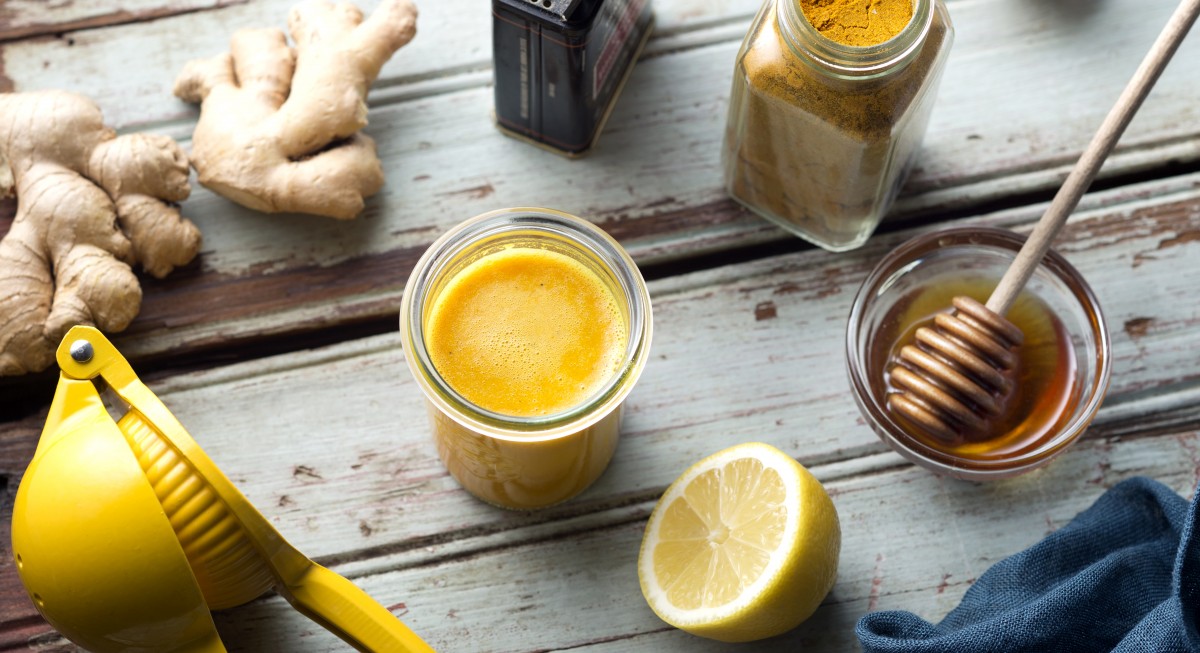 Top reasons to use ginger for your health

There are plenty of reasons ginger deserves a place in your diet, even beyond all of the medicinal qualities covered above:

Simply put, there are plenty of reasons to use ginger and very few reasons not to. As long as you have no allergies and you’re realistic in terms of what you expect to get from its use, there’s a good chance that adding ginger to your diet will only improve your overall health and wellness.