There may be no such thing as a bad cinnamon roll—the aroma alone is heavenly. But our updated version is truly special: A hint of orange in the filling adds just enough brightness, while molasses keeps them sticky sweet. Once you’ve mastered the original, try adding chopped dates, dried cranberries, or nuts to the filling to mix things up. Though the recipe takes a little time and a bit of elbow grease, it’s totally worth the effort. 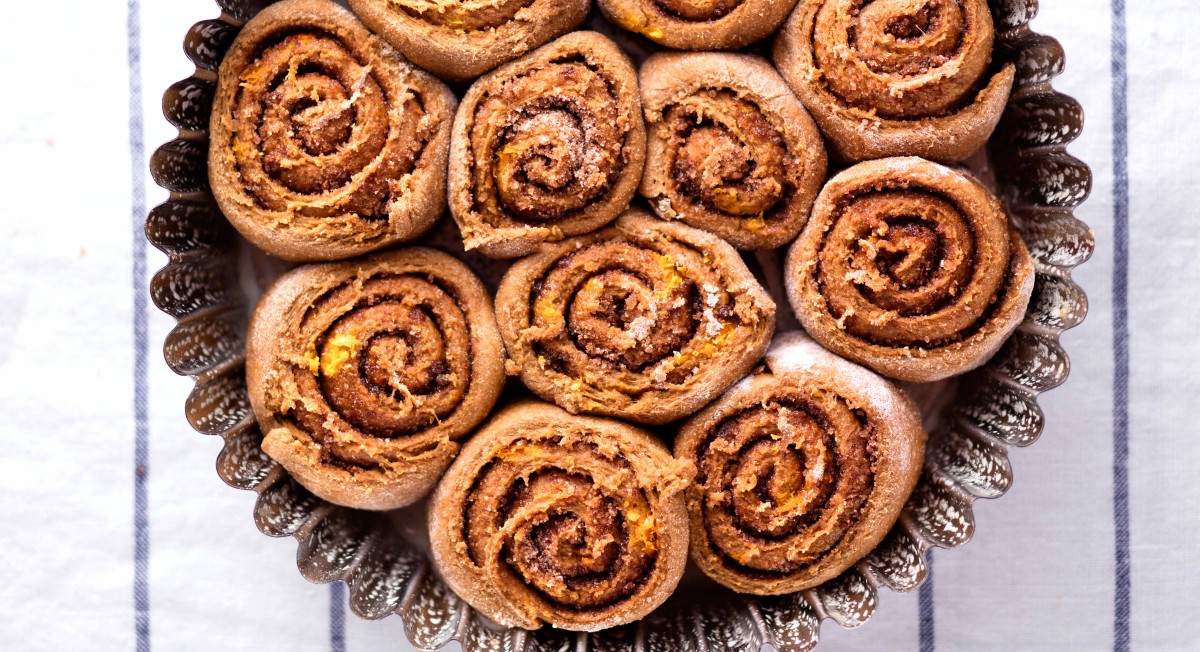 Make the dough
In a large bowl, mix together flour, yeast, and salt.

In a small saucepan, heat molasses, milk, and butter until lukewarm. Remove from heat and whisk in eggs. Combine flour mixture with liquid mixture in large bowl and mix until well blended.

Knead the dough
Turn dough out onto a floured surface and knead for 10 minutes until the dough becomes smooth and elastic. Alternatively, dough can be kneaded in a stand mixer using the hook attachment, adding more flour when necessary to avoid sticking. Place in a well-greased bowl, cover, and let rise until doubled in size, about 1 1/2 hours.

Preheat the oven to 375 degrees.

Make the filling
Stir together all ingredients in a medium bowl.

Assemble the cinnamon rolls
When dough has risen, punch it down and turn it out onto lightly floured surface. Roll into a 1/4-inch thick rectangle. Spread the filling all over surface of dough. Beginning at the long edge of the rectangle, tightly roll up the dough. Cut into slices 1 1/2-inches thick.

Brush bottom of a round baking tin with butter and place cinnamon rolls close together in the pan, with sides touching. Let rise until doubled, about 30 minutes.

Bake the rolls
Bake until golden, about 30 to 35 minutes.