35 Foods for a Low-Sodium Diet

Let’s start with the bad news: too much sodium is a healthy diet no-no. But the good news is there are lots of ways to reduce your intake of this essential mineral (and you don’t even need to revisit memories of high school chemistry to understand all the nuances). Keep reading and we’ll walk you through the basics of a low-sodium diet, the key foods to avoid, and what to fill your plate with instead.

Sodium is an electrolyte and an element, and our bodies can’t function properly without it. It plays a role in muscle contraction, nervous system function, and maintaining a normal fluid balance.

But too much sodium can lead to a host of not-so-great health issues that may affect your kidneys, blood pressure, and heart function, which is why many doctors and health professionals urge patients to limit their intake. Doing so, according to the Cleveland Clinic, will help control the amount of fluid around your heart, lungs, and in your legs. Why is this important? Because when you retain extra fluid, it means your heart needs to work harder, which may increase blood pressure.

Although they’re often used interchangeably, sodium is not salt, but it is one of several chemical elements found is salt. Salt is made up of two minerals: sodium (Na) and chloride (CI). Many foods (like beets and celery) contain sodium naturally, but in much lower amounts than what you find in processed foods.

Sometimes referred to as a “Cardiac Diet” because of its potential to support heart health, a low-sodium diet involves limiting foods with excess sodium. Here are some of the best tips for switching to a low-sodium diet.

Although it’s naturally occurring in some foods, sodium is often added in excess to packaged and processed ingredients. The FDA notes that 75 percent of dietary sodium comes from eating packaged and restaurant foods, and only 11 percent comes from salt added to food when cooking at home. So a good first step to lowering your sodium intake is to get into the kitchen. The more you control the ingredients you use, the less likely you are to encounter as much sodium as when you eat out or grab fast food. And while you’re enjoying your home-cooked meal, get rid of the salt shaker.

Instead of adding a pinch of salt, think about other ways to add flavor to whatever you’re cooking. Try seasoning blends without salt, fresh citrus, vinegars, herbs, and spices.

When you’re shopping for the week, be more diligent about reading labels. Turn the box around to see how much sodium you can expect per serving, and, if it’s too much, put that item back on the shelf. Items to be on the lookout for include canned soups, pasta and rice mixes, frozen dinners, instant cereals, and gravy mixes. Sometimes there are low-sodium options to choose instead—keep an eye out for those.

The Dietary Guidelines for Americans, published every five years by the USDA and the U.S. Department of Health and Human Services (HHS), recommends consuming no more than 2,300 milligrams of sodium per day (the equivalent of approximately 1 teaspoon of salt). For adults with hypertension and prehypertension, the recommended amount is even lower: 1,500 milligrams per day.

When you’re prepping your kitchen for a low-sodium diet, here are some ingredients to avoid or toss.

In addition to the common kitchen staples above, here are common prepared foods that tend to have high amounts of sodium.

Here’s a shopping list of foods you can enjoy on a low-sodium diet—think plenty of fresh veggies and fruits (go wild!), certain whole grains, reduced-fat dairy, and seasonings. 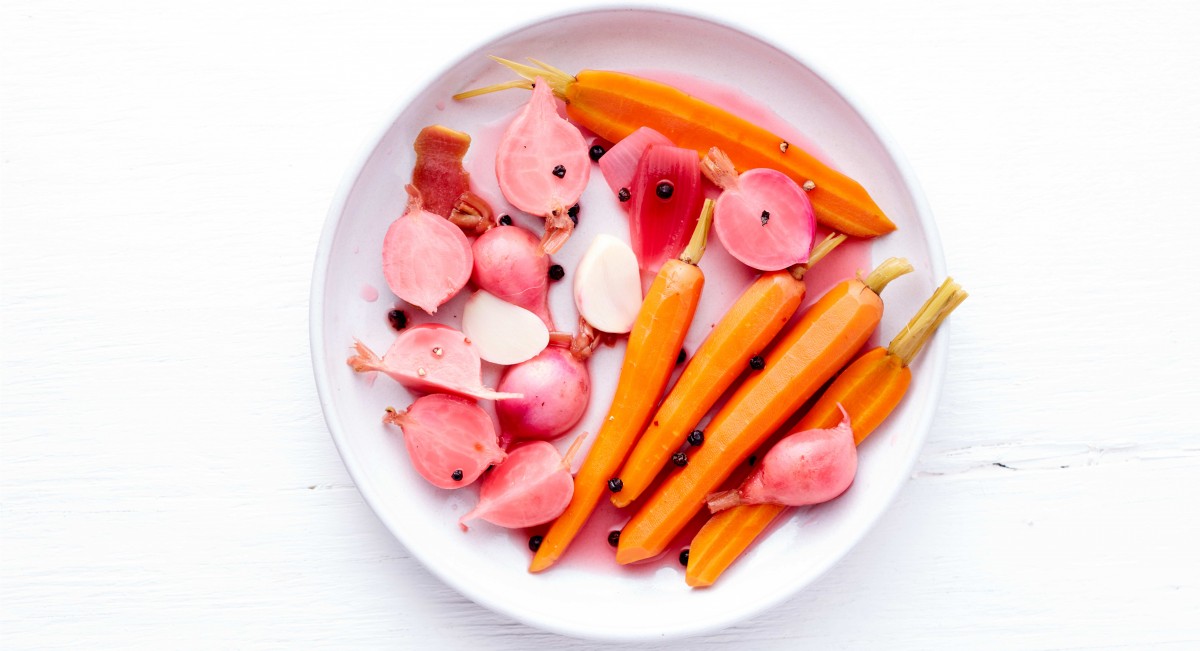 Thrive Market carries a range of low-sodium foods, making it easy to get started on a low-sodium diet or maintain the one you’ve already been working on.

This liquid gold is made from 100 percent certified organic Koroneiki olives that are harvested and bottled on a single estate in western Crete. It adds the perfect grassy flavor to any dish. Drizzle it as a finishing oil or whisk it into a vinaigrette for salad.

Almond butter is a rich and creamy condiment we love to snack on. This jar is made from organic nuts and mixed in small batches.

Organic Valley does things the old-fashioned way. Case in point, this ghee, which starts by simmering organic clarified butter until the milk solids separate from the butterfat. The fat is then strained to make a smooth, golden spread you can use in both sweet and savory dishes.

With 280 milligrams of sodium per serving, you can add this broth to your daily sodium count. But as a warming drink or added to soup and stews, it provides naturally-occurring vitamins and minerals like calcium, potassium, and magnesium.

Here’s a pure coconut milk made without the common additive guar, perfect for anyone with digestive issues. It has only 10 grams of sodium per serving, and makes a wonderful creamy non-dairy alternative in curries, soups, and low-sodium desserts.

Coconut aminos are typically lower in sodium than soy sauce, making them a great alternative for gluten-free Asian cooking. The complex umami flavor livens up any dish.

Most ketchups have added sugar, but not this one. Primal Kitchen makes it easy to enjoy favorite foods with its Paleo- and keto-friendly take on the red condiment you know and love, made with ingredients like onion and garlic powders, balsamic vinegar, and organic tomato concentrate.

Shirataki noodles are known for soaking up the flavors of whatever they’re paired with. Made from glucomannan—a starch found in the konjac yam—these noodles are gluten-, fat-, grain-, and soy-free, and each serving is only 10 calories.

With only 20 milligrams of sodium per serving, this fish is a safe bet for low-sodium diets. It’s also rich in omega-3s, tested for mercury before cooking, and the tin is sealed quickly after to preserve nutrients.

Curry in a hurry is possible with this low-sodium sauce, which is moderately spicy with notes of turmeric and other Thai seasonings. Simply heat it up and pour over your favorite noodles and cooked veggies.