Too Much Dessert? Overdid it on Dairy? Here’s What to Eat to Feel Better ASAP

Sometimes, when you’re faced with the choice of a side salad or french fries, the hot, salty, crispy option is the only viable one.

Or at least, that’s how it seems. Even though most people have a pretty good idea of what’s considered healthy and what makes them feel good (fruits and veggies, protein, whole grains, healthy fats), it’s still pretty easy to get blown off course by a particularly delicious-looking doughnut or plate of fresh-out-of-the-fryer chicken wings.

Foods That Make You Feel Good

It’s important to understand why some foods make you feel better than others. While everyone has different dietary needs and food sensitivities, all people can benefit from eating whole, natural foods. Things like fresh fruits, vegetables, whole grains, and proteins will make you feel a lot better (and keep your body functioning at its best) because they offer key nutrients that your body and mind need to survive. Typically, these are the foods that will increase your energy levels and leave you feeling full, rather than weighed down, bloated, or fatigued.

Slip-ups happen, though, and it’s not the end of the world — or even the end of your diet. Instead of beating yourself up about it, do your body a favor and undo some of the damage by incorporating fresh, natural foods. These hacks won’t totally undo your stomach ache-inducing food choices, but they can certainly help you feel a little better by balancing out those more indulgent foods. 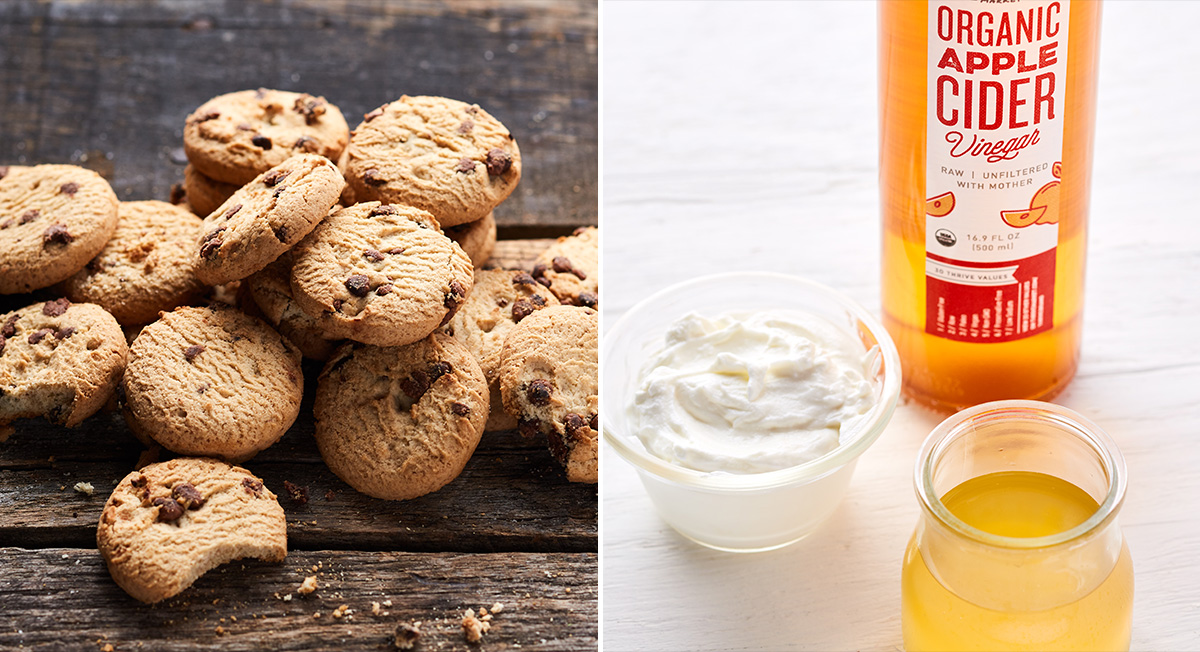 Excess sugar can cause some serious problems in your body, and unfortunately it’s hiding in all types of processed foods and drinks these days. Eating it not only contributes to weight gain thanks to the extra calories, but also spikes your blood glucose levels. In an attempt to stabilize blood sugar, hormones go kind of haywire, resulting in breakouts, mood swings, and belly fat. Plus, too much sugar can throw off healthy gut bacteria and mess with your digestion.

Avoid that nasty situation by sipping on an apple cider vinegar drink (or taking a shot of ACV straight up) directly after indulging in sugary foods. Yes, it’s tart and kind of tastes like salad dressing, but it’s been scientifically proven to stabilize blood sugar levels in people with diabetes. Then, toss back a probiotic or chow down on some fermented foods like kimchi or kefir to support the bacteria in your gut. 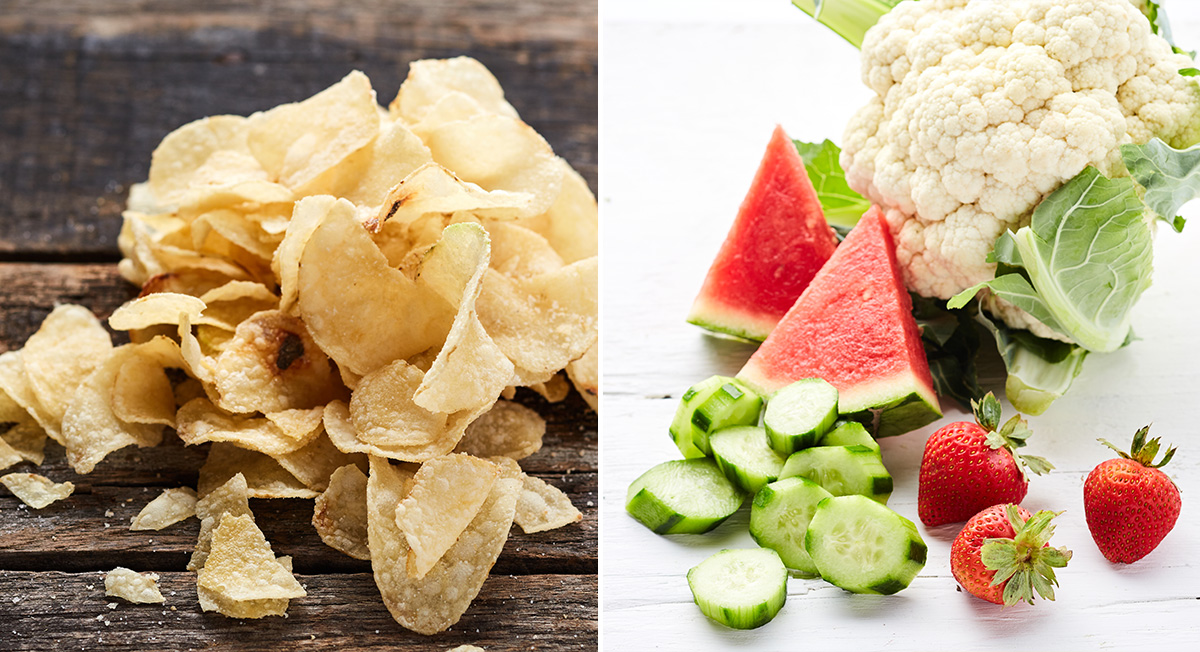 The USDA recommends no more than 2,300 mg of sodium per day, about one teaspoon. Most of us eat more than that in just one meal. Too much salt does two things simultaneously: dehydrates cells and encourages water retention. In other words, it sucks you dry and leaves you feeling bloated—yuck. To counteract those effects, hydrate, hydrate, hydrate. Drink lots of water. Then, snack on hydrating, fiber-rich foods to reduce bloating: 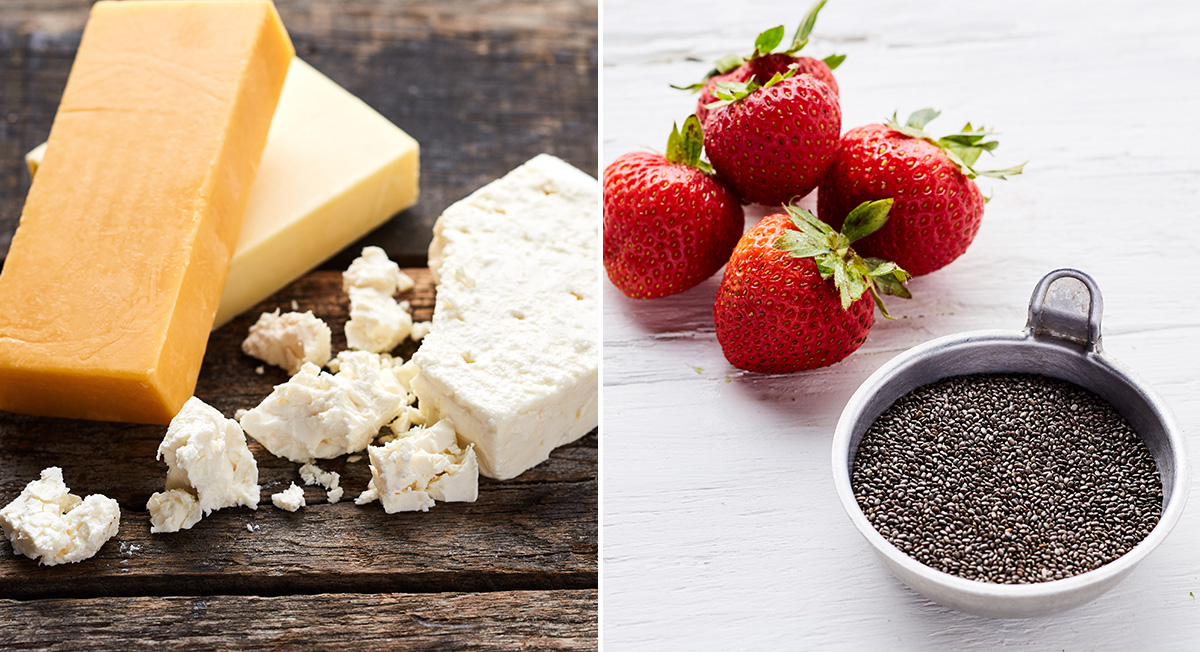 More than 75 percent of people worldwide are unable to digest lactose after infancy. If you’re among them, eating dairy products could leave you feeling bloated and sick. Milk and its byproducts can cause inflammation in body, which manifests itself as aches, pain, brain fog, and even pimples. That means even those who don’t have an intolerance might notice that dairy makes them break out or feel sluggish.

After devouring the entire cheese plate or pint of ice cream, the best thing that you can do to clear out your system is eat meals rich in anti-inflammatory foods like those on this list. Berries in particular will calm inflammation in the body quickly, between their high antioxidant levels and fiber.

The day after a dairy-binge is also a great time for chia seeds, which are chock-full of omega-3 fatty acids and anti-inflammatory powers as well. But chia are especially treasured for their effect on digestion—two tablespoons has 11 grams of fiber, which is enough to get things moving ASAP. 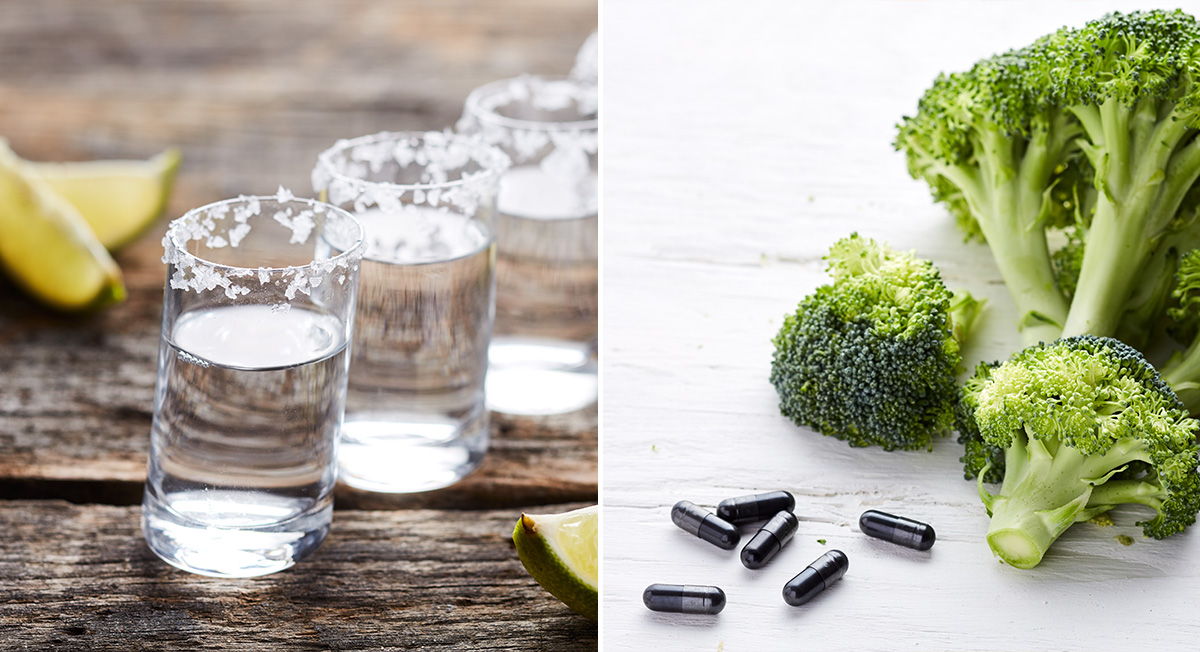 Even if you somehow avoided a hangover, if you indulged in a little booze last night, you’re probably not feeling 100 percent. Drinking makes your poor liver work overtime for two reasons. First, alcohol tends to have the same effect on your body as white sugar (see above), causing blood glucose levels to go haywire. Second, when you drink, you’re quite literally sucking down poison—as alcohol reaches the liver, it produces a toxic enzyme called acetaldehyde that causes cellular damage.

If you can remember, take activated charcoal immediately after drinking and right when you wake up in the morning. It’s not the same stuff that goes in the barbeque—it actually absorbs toxins and helps the body eliminate them more quickly. Then, apologize to your liver with a hearty helping of brassica veggies. Broccoli, Brussels sprouts, cabbage, cauliflower, and kale are all members of the brassica family, and encourage detoxification of the liver. Or make a batch of these salt and vinegar Brussels sprouts chips, which should satisfy lingering cravings for junk food and help you feel better.

Finally, just remember that if you made a couple of poor food choices, it’s OK. Just because you enjoyed the cheese plate a little too much doesn’t mean you need to punish yourself later with a grueling workout session or fast for days. Treat your body kindly, eat nourishing food, and drink lots of water, and you’ll be back to feeling great (and choosing the salad over fries) in no time.