How to Cook Quinoa

Google’s latest report on food trends shows more and more consumers searching for information about “functional foods,” or ingredients with specific health benefits—a category into which quinoa definitely falls. And even though it’s been popular for several years, many still don’t know how to cook with the tiny seed, let alone how to pronounce it.

Here’s everything you need to know about quinoa—including nutrition facts, how to cook with it, and 14 recipes. (Oh, and it’s pronounced keen-wah, by the way!)

Though quinoa only became popular stateside in the last five years or so, it’s been a staple in the Andean region of South America for more than 8,000 years. Early Spanish explorers even dined on it when they reached the New World in the early 1600s.

These days, quinoa consistently pops up in salads, veggie burgers, vegan restaurants, and even baked goods across North America.

It comes in three different varieties: white, black, and red. White is the most common, with a very mild, delicate flavor and light, fluffy texture. Black and red taste slightly nuttier and richer, but otherwise all three varieties are pretty similar. Though often used as a replacement for grains, quinoa is actually a gluten-free seed, and more closely related to Swiss chard or beets.

Here’s a closer look at some of the reasons quinoa’s here to stay.

Quinoa’s popularity, at least in part, can be traced back to the long list of nutritional benefits. These seeds may be tiny, but they pack in a lot of vitamins, minerals, and essential nutrients.

Because it isn’t actually a grain (or related to wheat in any way), quinoa is completely gluten-free and totally safe for anyone with Celiac disease or a sensitivity to gluten.

Attention vegans and vegetarians! One serving of quinoa—just one cup—supplies 8 grams of protein. That’s more than an egg. Plus, it contains all nine essential amino acids, making it a complete protein.

With 5 grams per serving, it’s also a relatively good source of fiber and clocks in at just over 200 calories per cup. That means even a small portion will help keep you feeling full and satisfied.

Other vitamins and minerals

And the protein and fiber isn’t all—quinoa also contains B vitamins, potassium, iron, zinc, and other crucial nutrients. In fact, one serving provides 15 percent of the recommended daily value (RDV) of iron and 3 percent of the RDV of calcium.

Because quinoa is so nutrient-dense, it’s a great choice even if you aren’t following a gluten-free diet. Try it instead of rice, beans, or other grains, or sub quinoa noodles into your favorite pasta dishes.

How to cook quinoa 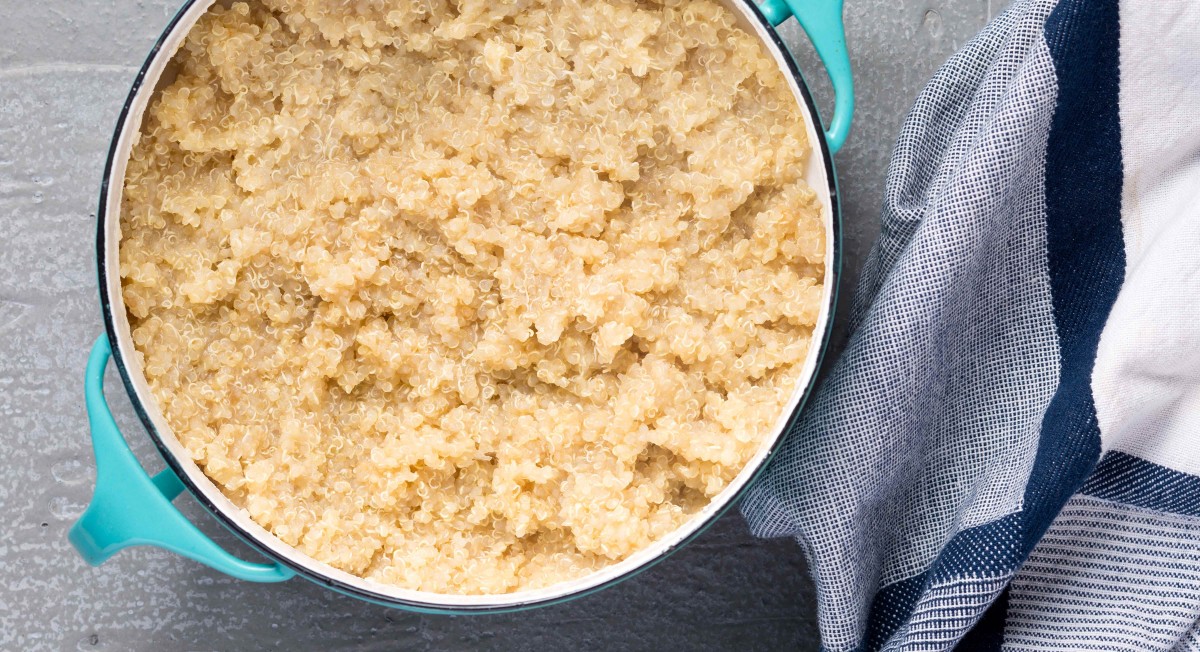 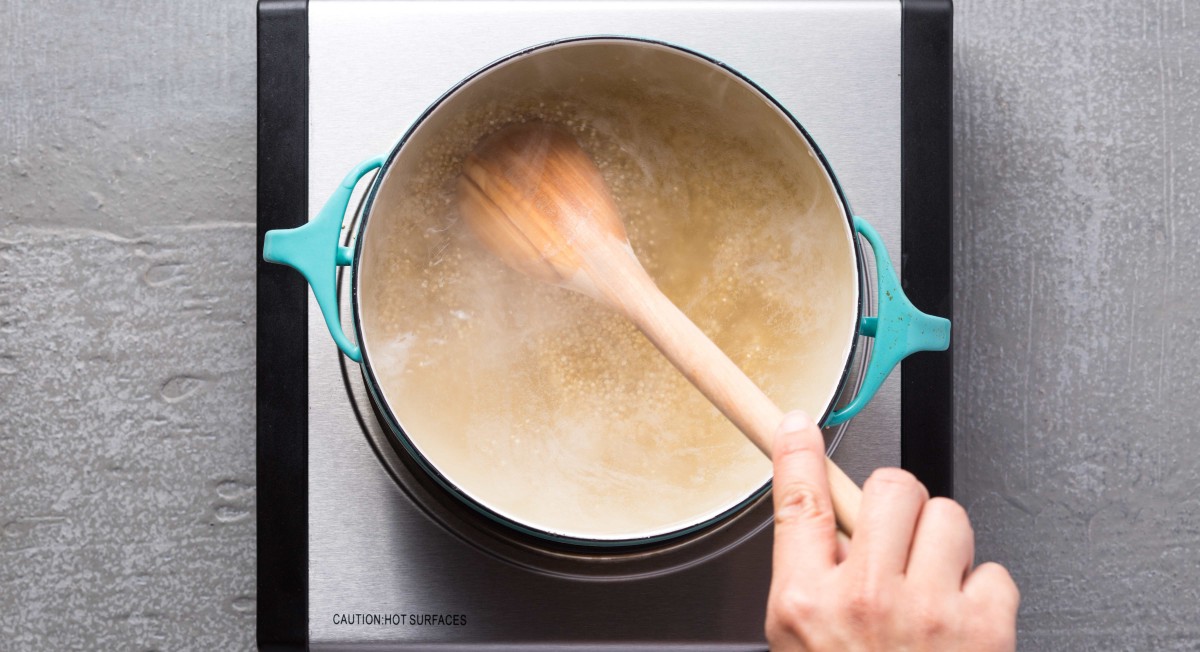 Bring quinoa and water to boil in medium pot over medium heat. Reduce heat and simmer 15 minutes, or until all water is absorbed. Check for the spiral germ on the outside of the seeds—if you can see it, it’s done. Fluff with a fork and serve.

Why do you need to rinse quinoa?

Though rinsing the seeds before cooking might seem like a hassle, it’s a crucial step. They are coated in saponin, a soapy, naturally occurring chemical meant to ward off birds and other prey. Saponin tastes bitter and is slightly toxic—and though very little research has been done on it, some believe it can cause stomachaches and digestive issues in humans.

Some people who have reported stomach pain after eating quinoa say rinsing it reduces the unpleasant side effects. Others say it’s simply a good practice in terms of cleanliness (like washing produce). Either way, take a minute to rinse quinoa in a colander before cooking them.

Plain quinoa doesn’t have a ton of inherent flavor, which can be a good or bad thing depending on what you’re making. To amp up the taste, try cooking it in chicken or vegetable stock instead of water, or add a splash of lemon juice. Herbs and spices can also go a long way—sprinkle in cumin and chili powder for a Southwestern kick, or experiment with garlic, oregano, and black pepper to go Mediterranean.

If you’re willing to spend a few more minutes, toast dry quinoa in a skillet with a tablespoon of oil before cooking. This brings out the natural nuttiness, giving even unseasoned quinoa much more flavor. Choose a stronger tasting oil (think sesame, olive, or coconut) to kick it up a notch. For butter lovers, ghee is also a great choice—and it makes quinoa unbelievably rich.

Other ways to use quinoa

Simmering it in water isn’t the only way to go—quinoa can actually also stand in as a substitute for flour or milk.

When ground into a fine powder, quinoa makes a protein-packed, gluten-free alternative flour. Plus, it has twice the fiber of regular wheat flour. You can buy it pre-made—Bob’s Red Mill offers one—or make it at home.

To make DIY flour, you’ll need a spice grinder or high-powered blender. First, rinse the quinoa as usual. Allow it to dry for 10 minutes, then toast it in a saucepan for a minute or two to enhance the natural flavor. Transfer it to a grinder or blender, then process until almost all the chunks are gone.

Sift the powder through a fine mesh sieve, removing any remaining chunks. (Pro tip: Save them and cook them in hot water for a quick breakfast porridge!) That’s it—now you have homemade quinoa flour to use in your favorite recipes.

Like almonds, walnuts, and cashews, quinoa can be turned into a dairy-free alternative milk in just a few minutes. With an ultra-creamy texture, it’s perfect in everything from smoothies to lattes to vegan muffins. Not to mention, quinoa milk has more protein and fewer calories than other milk alternatives. It’s even cheaper to make than buying cow’s milk.

Here’s everything you need to know about making it at home. So easy! 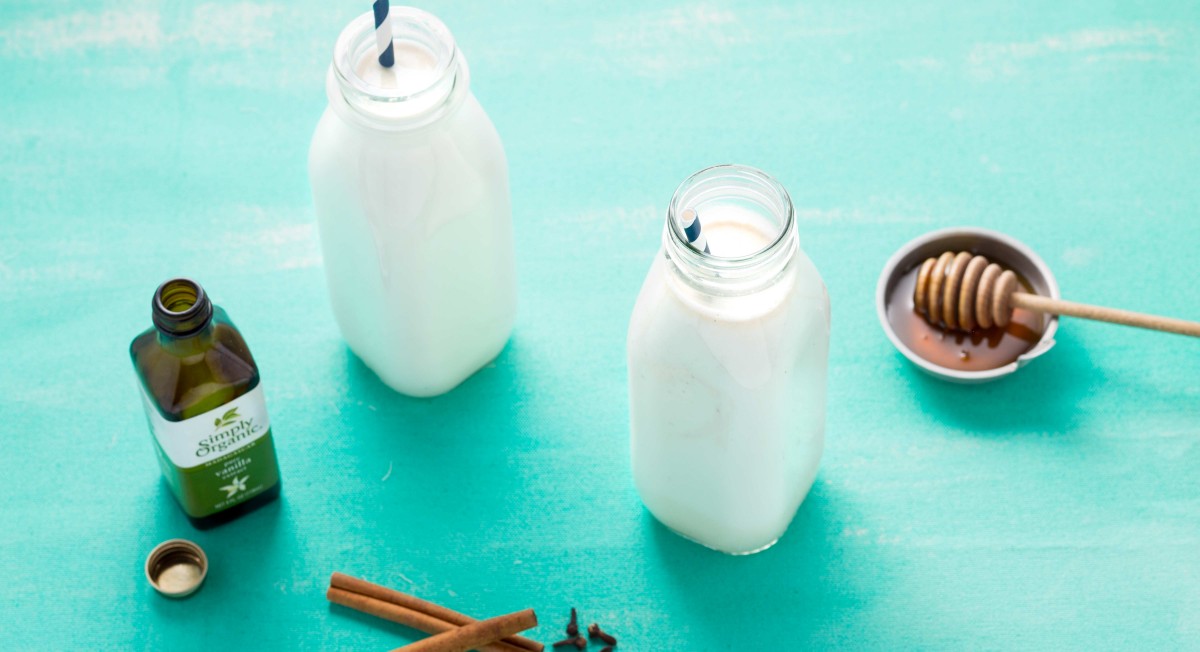 Ingredients
1 cup quinoa, rinsed and cooked
2 cups water, plus up to 6 cups of water
Cinnamon, vanilla extract, or raw honey to taste (optional)

Instructions
Add cooked quinoa and 2 cups water to blender. Blend on high until smooth. Blend in more water, in batches, until you reach a consistency you like. For a thinner milk (like store-bought), add up to 6 more cups of water.

Using a nut milk bag or cheesecloth, strain milk into a glass or pitcher. For extra flavor, add a teaspoon of cinnamon, raw honey, or vanilla, if desired. Store in jar with a lid in the fridge up to two days.

Because quinoa lacks a strong taste, it plays well in both sweet and savory dishes. Get started with the 14 breakfast, lunch, dinner, and dessert recipes below. 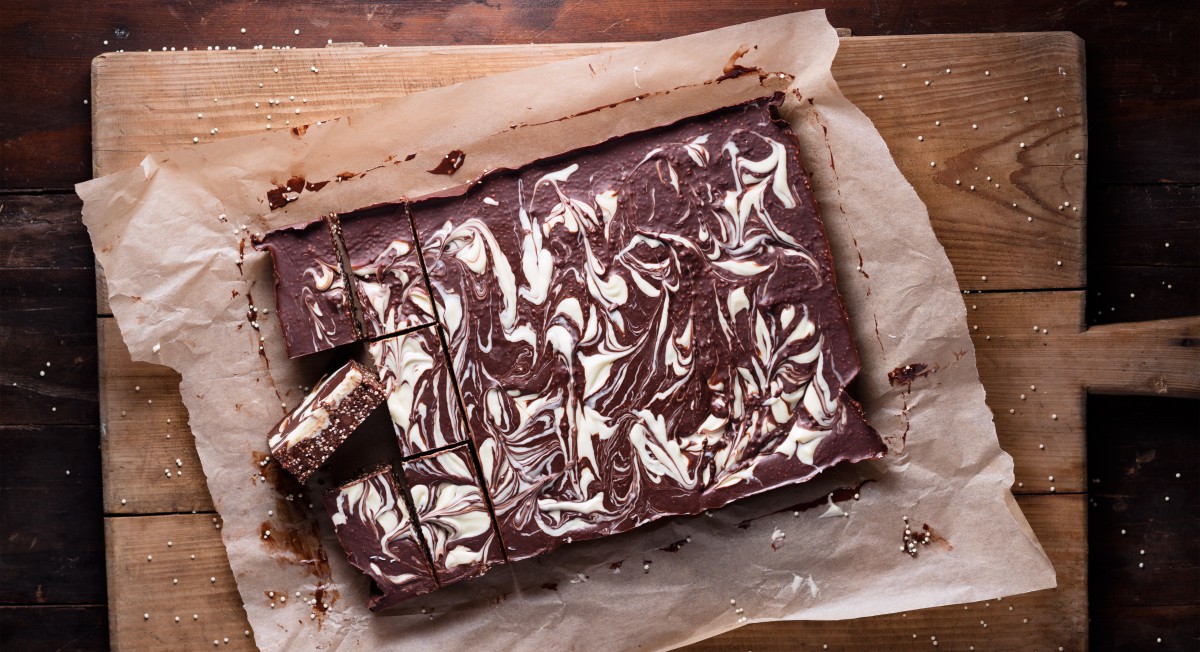 Prepare quinoa like you would oatmeal—simmer it in milk or almond milk until it gets nice and thick. Top with almond butter, jelly or jam, and fresh fruit, and you’ve got a filling gluten-free breakfast.

These no-bake bars have tons of flavor, thanks to almonds, shredded coconut, pumpkin seeds, and dried fruit. Even better, they’re totally dairy-free! Try them with a bowl of yogurt or coconut yogurt, crumbled up on top of a smoothie bowl, or on their own for breakfast on-the-go.

You wouldn’t even notice the spinach in these muffins if they weren’t light green inside. Applesauce and maple syrup add a little sweetness kids love, and quinoa flour provides extra protein, too.

Super chocolatey cupcakes sneak in two healthy ingredients: protein-packed quinoa flour in the batter, and nutrient-dense sweet potato puree in the frosting. But you’d never know it just by tasting them!

Here’s a fun tip: Uncooked quinoa pops just like popcorn! Cook it dry on the stovetop over high heat, then stir into dark chocolate to make crunchy homemade candy. 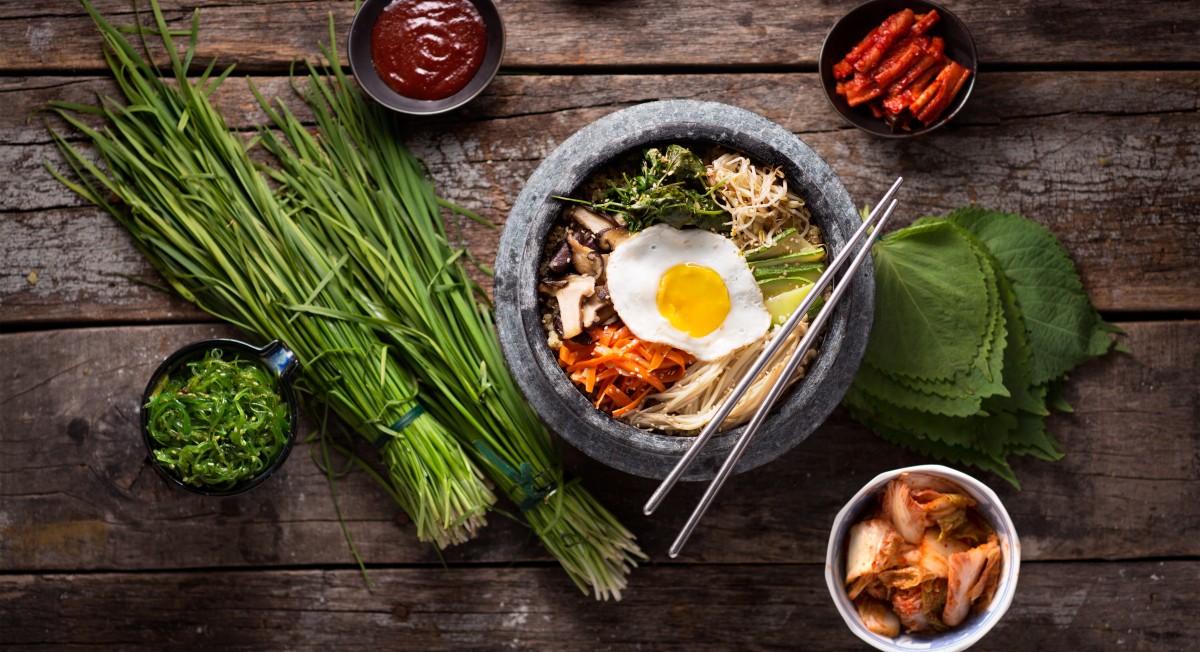 Refuel after a hard workout with this vegetarian dinner that’s heavy on the protein. A light, fresh veggie slaw balances out hearty red lentils and quinoa.

Recipes that go well with quinoa

Serve this spicy, smoky vegetarian curry with a big batch of quinoa for a filling, comforting dinner.

Skip the Thai takeout and instead make a quick yellow curry full of fresh vegetables at home. Pour the rich, soupy sauce over quinoa to add some vegetarian protein.

Stir-fry dishes pair perfectly with quinoa—think of it as a low-carb substitute for fried rice or noodles. This light chicken dish with a zesty lime sauce comes together in just 10 minutes.

This flank steak and broccolini dish makes lots of savory, garlicky sauce, and quinoa is just the thing to soak it all up.

On its own, a bright Brussels sprouts salad is kind of light as an entree. But add a grain, it feels hearty and satisfying.