Olive oil and canola oil are both common cooking oils that are often side by side on the grocery store shelf, but that’s essentially where the similarities stop. Both have something to offer, though, which is why we’re breaking down their key differences, benefits, and sharing tips for how to use them effectively with your favorite recipes.

What Is Olive Oil? 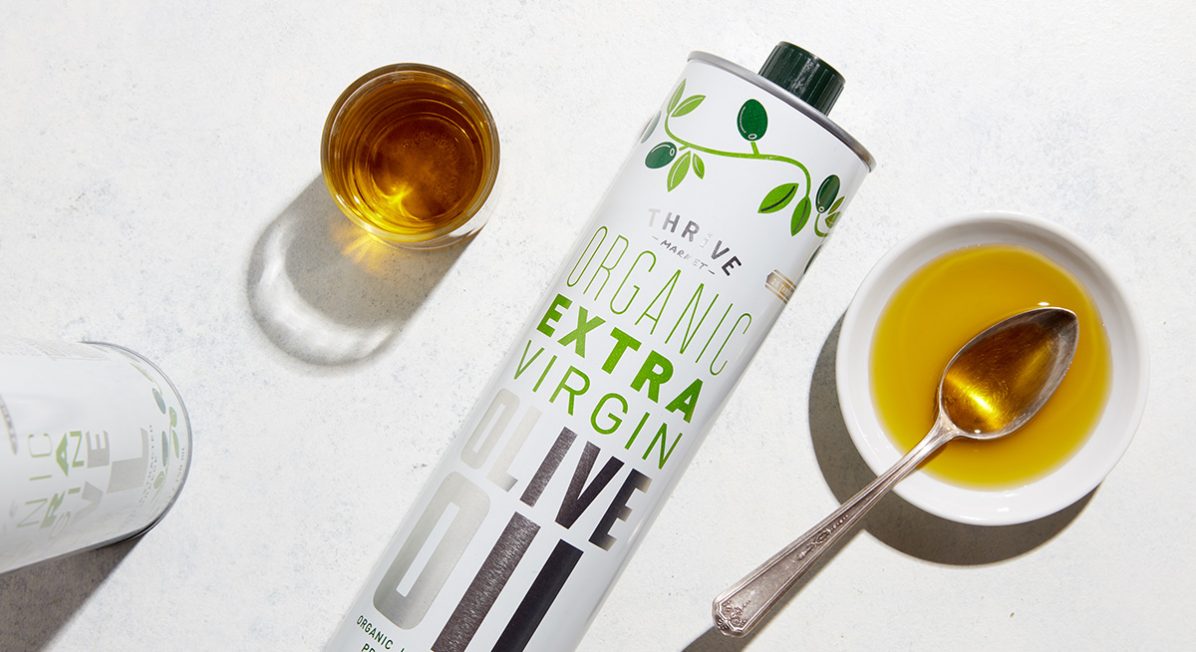 Olive oil is one of the world’s most popular cooking oils and recorded use dates back thousands of years. Worldwide production of olive oil rose to 3.2 million tons in 2020. Not only is this cooking oil prized as a kitchen staple, but it’s also commonly featured in soaps and other personal care and beauty items. The liquid gold is made by cold-pressing olives to extract the liquid. It sounds straightforward enough, but there are several grades of oil available based on how the olives are processed. 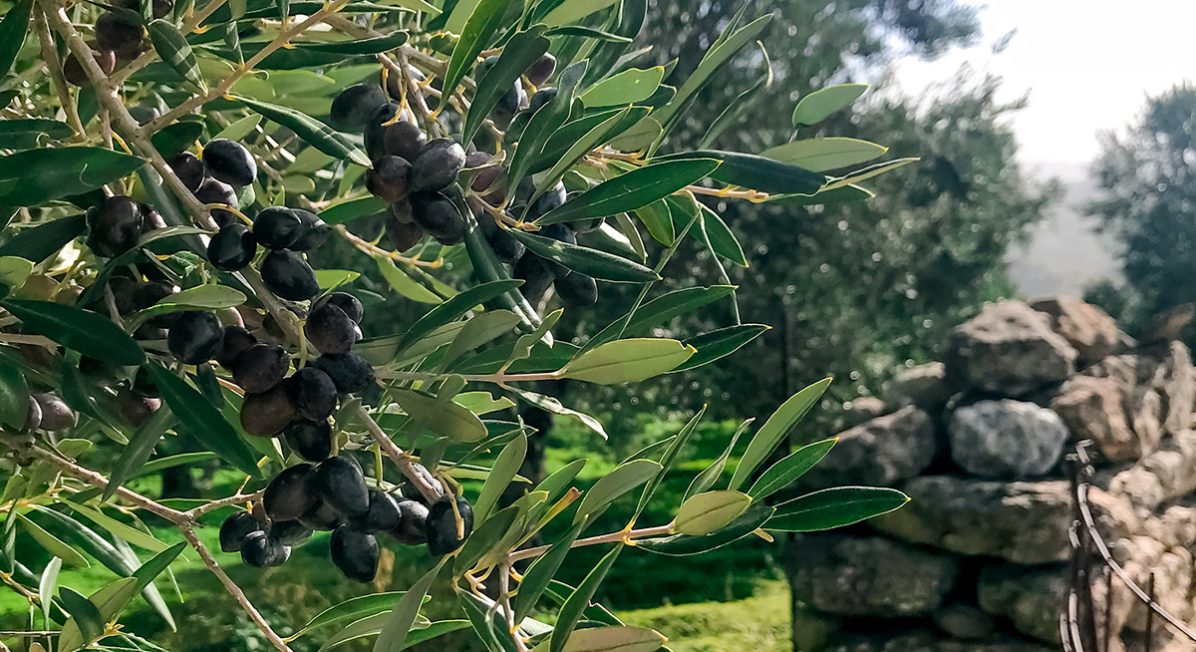 Despite many theories, no one truly knows the exact origin of the olive tree. According to Reviews in Environmental Science and Biotechnology, the modern olive tree originated in ancient Mesopotamia and Persia, then gravitated towards the Mediterranean. A 2007 article by Paul Vossen at the University of California suggests that while we commonly associate olives with Mediterranean countries (where the tree thrives and was domesticated at least 6,000 years ago), researchers believe that the wild olive may have originated in Syria or sub-Saharan Africa. Regardless of the mysterious history, one thing is certain: olives and olive oil have had an enormous impact on cultures and economies worldwide.

Olive oil is known for being a healthy addition to your routine, and is especially common in the Mediterranean diet. Harvard Medical School reports that this olive oil is high in monounsaturated fats which may help lower your “bad” LDL cholesterol, and offers antioxidant and anti-inflammatory properties. Olive oil also contains polyphenols—natural compounds found in plant-based foods—that may help reduce or slow the development of certain cardiovascular and neurodegenerative diseases. Olive oil also boasts vitamins and minerals such as vitamin E, vitamin K, and iron. 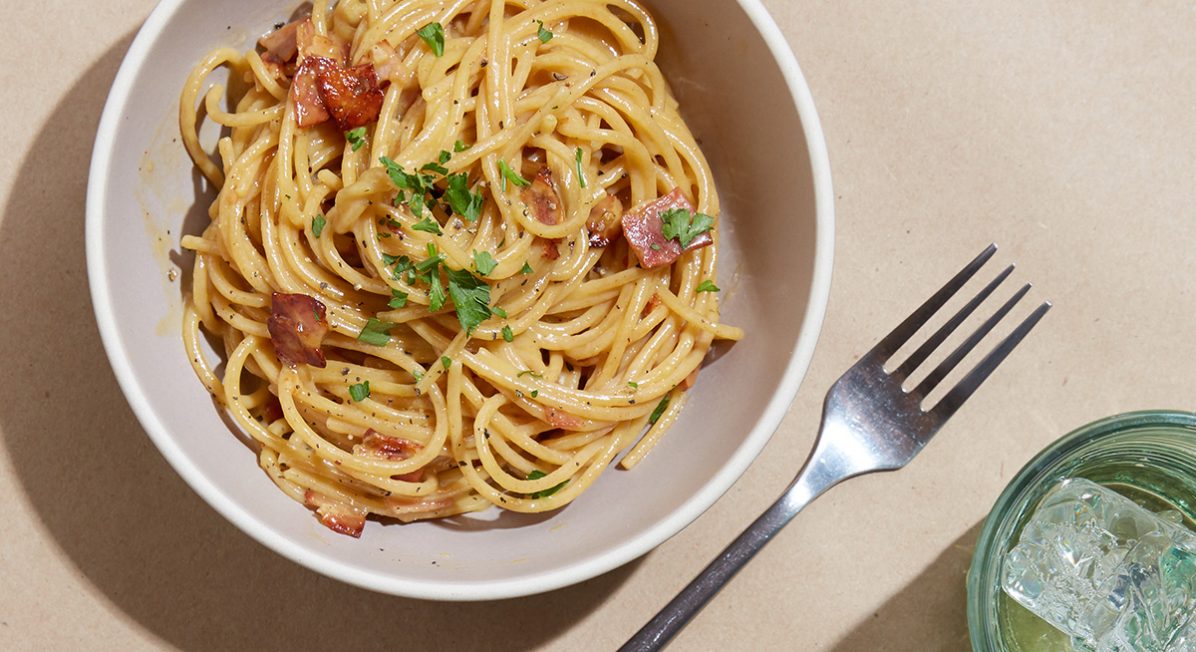 Olive oil can be used in a range of dishes, and will easily become your go-to cooking oil if it isn’t already. Something important to know is olive oil has a lower smoke point (the temperature at which an oil will start to smoke, producing fumes and free radicals), so it’s not ideal for frying foods or other methods that require high heat.

Like many industries, the world of olive oil has experienced its fair share of fraud where companies have been found to cut the oil with other ingredients like soybean oil or artificial flavorings. Choosing single sourced olive oil—that is farmed, harvested, and bottled in the same spot—is your best bet to avoid bringing home a less than stellar bottle.

When it comes to recipes, here are some of our favorite ways to use olive oil.

From Greece to California, our bottles bring a world of flavor to your dishes.

Meet our O.G. product, Certified Organic olive oil that’s grown and bottled on a single estate in western Crete. Mild and grassy in flavor, Thrive Market member Joel from Michigan loves the high quality, and the fact that it’s sourced from a single location.

This Thrive Market Goods bottle has a buttery mouthfeel thanks to hand-picked Tunisian olives. Member Alex from Georgia uses it in pasta sauce and on crostini, and Shalan from Ohio makes this a regular buy, picking up a new bottle roughly every six weeks.

This premium oil uses olives that are cold-pressed for freshness, resulting in a subtle floral aroma with a hint of green apple. Christina from California uses this in salad dressings, and Melissa from Alabama calls it “possibly the best olive oil I’ve ever used.”

FODY’s bottle is filled with flavor thanks to a generous amount of garlic. Ideal for anyone on a low FODMAP diet, this gut-friendly bottle is ready to drizzle on veggies and meat, whisk into dressings, or use in sauces.

From go-to condiments to skillet brownies, the possibilities are endless when you have a bottle of olive oil on hand.

Homemade mayo is a must-have for any cook’s recipe repertoire. Our immersion blender version is extra easy and a base for all sorts of dips, like herbaceous aioli or a garlic spread for sandwiches.

Packed with flavor from fresh lemon, tender figs, and woody thyme, this dessert works any time of year—just sub in whatever fruit is fresh at the market, like blackberries in the summer or pears in the winter.

Easy and impressive is our kind of dessert. These skillet brownies from the Thrive Market cookbook are an instant winner, and no one will mind if you just eat it with a spoon right from the pan. The recipe uses ingredients you likely already have on hand—like EVOO, cocoa powder, and gluten-free flour, so there’s really no excuse not to make it ASAP.

Make-ahead? Done. Sophisticated flavors? Check. Popsicles aren’t just for the kids, and this elegant treat proves it. When you combine olive oil, chocolate, and rosemary with full-fat coconut milk and a pinch of flaky salt, it’s irresistible.

This recipe has two secrets. First, canned albacore tuna stands in for fresh fish (an economical choice) and second, olive oil (plus some added spices) ensures you’ll never be able to stop at one bite. The crema recipe uses coconut oil mayo, but if you went the DIY route (see above) you can use your homemade version here.

What Is Canola Oil?

Canola is a variety of the European rapeseed plant that was originally developed through plant breeding in Canada—hence the “can” in the name. Thanks in large part to its neutral flavor and heat tolerance, canola oil is one of the most popular cooking oils in the country.

Conventional canola oil is part of a class called RBD oils, which stands for refined, bleached, and deodorized. It’s typically made by crushing the seeds of the canola plant to extract the oil, then boiling the crushed seeds in food-grade hexane, which is derived from crude oil. For what it’s worth, when hexane is used, only trace amounts remain in the finished oil, and hexane is considered to be “low toxicity,” but if that’s still not appealing, we have you covered. You can access non-GMO, expeller-pressed alternatives made without any chemical solvents on ThriveMarket.com.

Although it’s low in saturated fat, we’ll be honest: the health benefits of canola oil aren’t as robust as what you’ll find in olive oil, but that doesn’t mean you should avoid it altogether. Every cooking oil serves a purpose! The unfortunate news is that upwards of 90 percent of canola crops in the United States are genetically modified, and some nutritionists are underwhelmed by canola oil’s fatty acid profile, since there are twice as many omega-6 fatty acids as omega-3s. However, the amount of canola oil you’ll use in a home cooked recipe won’t be enough to throw your body’s nutrients out of alignment. A healthy fat ratio is less about a single ingredient in your diet and more about the bigger picture.

Something else to keep in mind is that studies claiming health benefits are often funded by the industry, leaving room for healthy skepticism. While an Australian study showed that adults who cooked with canola oil were more likely to have metabolic syndrome than those who didn’t use it, no studies have conclusively proven that canola oil leads to negative health outcomes, and the Mayo Clinic has said that
“health concerns about canola oil are unfounded.” Since more research is needed, we embrace the “everything in moderation” stance, especially when high-quality canola oil is easily within reach. 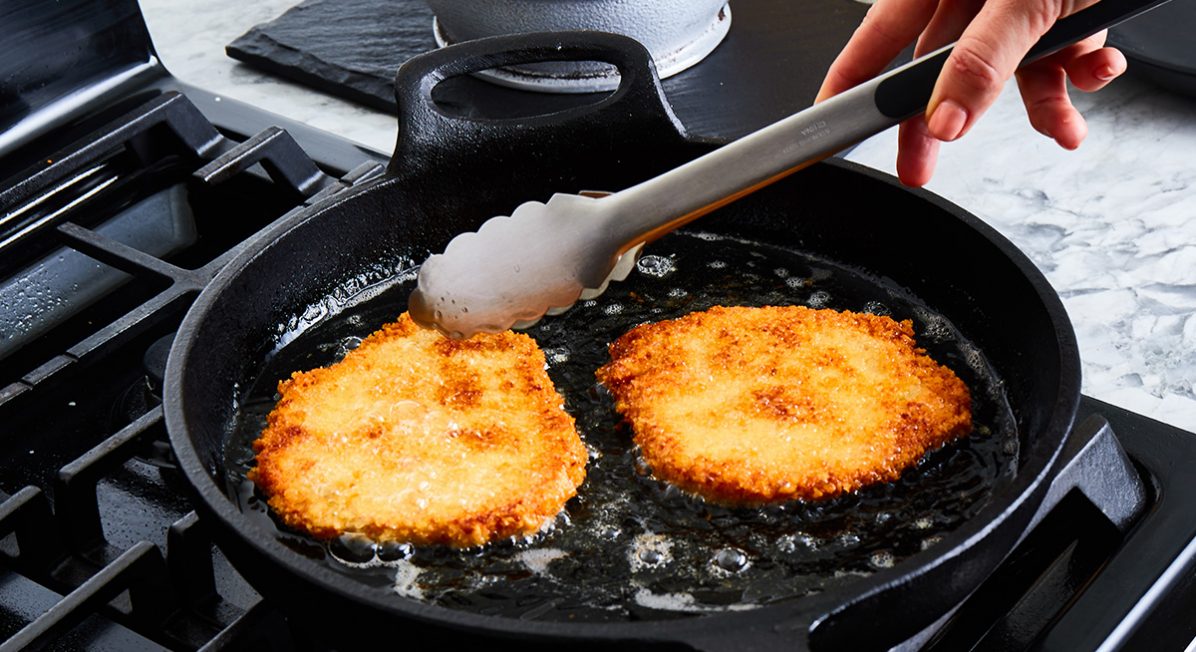 Canola oil’s relatively high smoke point makes it ideal for frying, baking, and sauteing. You can also try it in marinades for steak and chicken, or whisk it into homemade dressings. Since its flavor is so neutral, canola oil really blends into the background and won’t overpower other ingredients in your dish. In this way, canola oil is one of the humbler cooking oils, content to play a supporting role and not compete with more pronounced flavors.

“Canola oil is one of the humbler cooking oils, content to play a supporting role and not compete with more pronounced flavors.”

Although the canola oil industry still relies heavily on GMOs, Thrive Market worked with trusted farmers and suppliers to create a product that we’re proud to offer our members.

Our canola oil is Certified Organic and naturally extracted using an expeller press machine. With a high smoke point (up to 400°F) and mild flavor, it’s ideal for sautéing and frying, and using in marinades. Maryam from Florida mixes some with avocado oil for a custom blend, and Kelly from Maryland reports that canola oil makes the best brownies.

This spray is made with the same organic canola oil, but packaged in a convenient bottle using natural air pressure technology so there are no additives or propellants inside. Emily from Arizona uses it to prep ingredients for the air fryer—so smart!

Olive oil brings more flavor to the table, but canola oil blends in when you need it to. Use this backbone ingredient for everything from stir fry to baked goods.

This healthy twist on a classic recipe features crispy fried shallots on top. We love the texture contrast with tender green beans, and fry up these alliums with a few tablespoons of canola oil.

With flavor bombs like miso paste, brown sugar, and nutmeg, neutral oil is your best bet for this tempting batch of cookies that’ll crush any late-night cravings.

Peruvian stir fry is a quick-cooking dish that can have dinner on the table in a flash—just be sure to have all your ingredients prepped ahead of time. The meat, potatoes, and onions are all cooked in canola oil, allowing for the bold sauce (made with garlic, ginger, and chili paste) to shine.

This content is not intended to be a substitute for professional medical advice, diagnosis, or treatment. Always seek the advice of your physician or other qualified healthcare provider with any questions you may have regarding a medical condition or treatment and before changing your diet or healthcare regimen, and never disregard professional medical advice or delay in seeking it because of something you have read on this website. Testimonials are from actual Thrive Market members who shared their experiences.